What should a JRPG (Japanese role-playing game) be in 1997?

This was the question posed to director Yoshinori Kitase and his team at SquareSoft well over two decades ago, and one that would change the video game landscape forever.

Fresh off the release of the critically acclaimed Chrono Trigger, the studio were rising stars in their native Japan, but despite growing foreign sales and a dedicated fanbase, they had yet to break the western market as some of their competitors – Capcom in particular – had done so effectively. 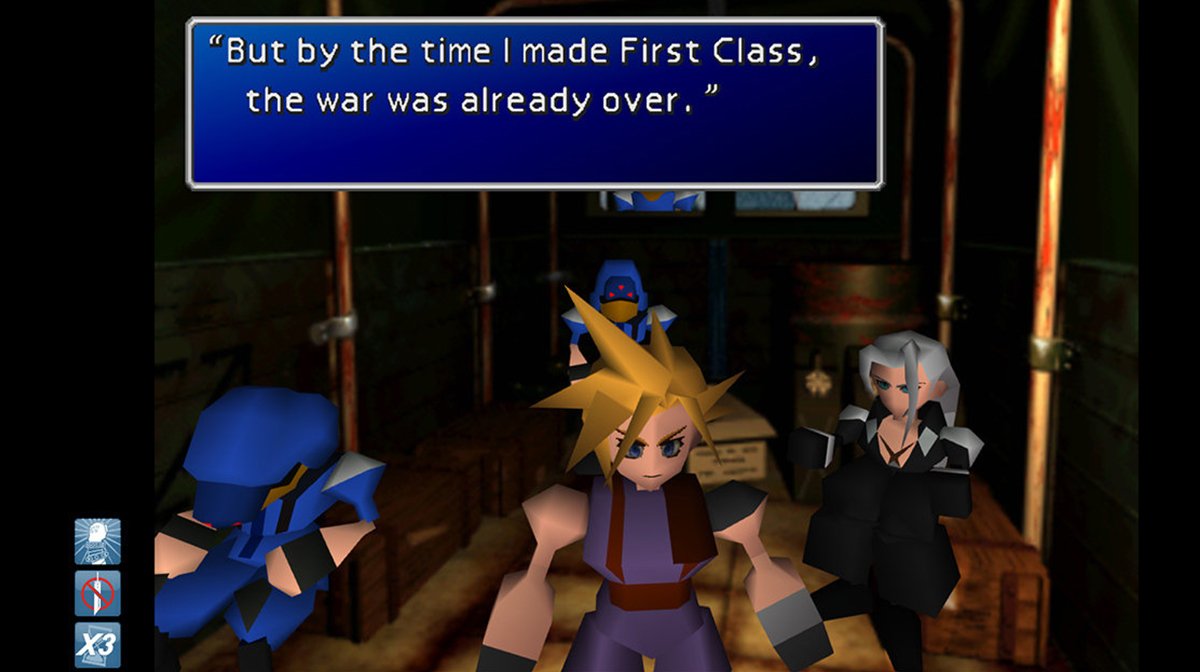 But everything was about to change. The industry was in the midst of transitioning to full 3D, and with it video games were more popular than ever before.

Now was the chance for Kitase and Co. to make a name for themselves across the globe, but first they needed something big. 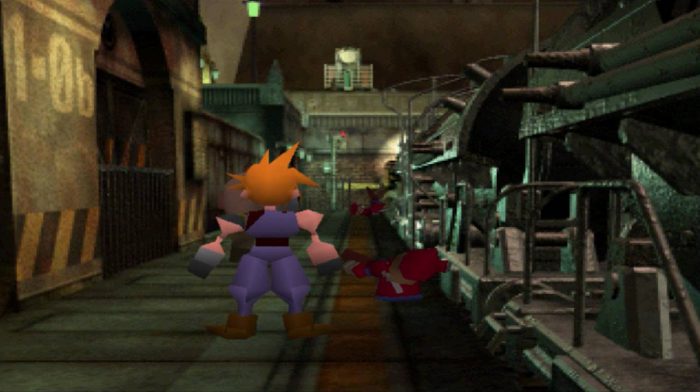 SquareSoft (known these days as Square Enix) were no strangers to success, but Final Fantasy VII catapulted them into a league of their own.

To date, the game has shifted over 11 million units worldwide and spawned countless amounts of merchandise, numerous spin‐off titles and even a feature length film. And it’s not hard to see why.

In addition to a huge marketing campaign, Final Fantasy VII was one of the first video games that could be described as truly cinematic. Gone were the 2D, pixelated panoramas of the past, and in their place were fully realised, pre‐rendered cut-scenes on a level people hadn’t imagined was possible.

Then there was the story – a deceptively adult tale set in and around the dystopian, steampunk city of Midgar. A far cry from the sword and sorcery‐esque settings the series had been known for up until then. 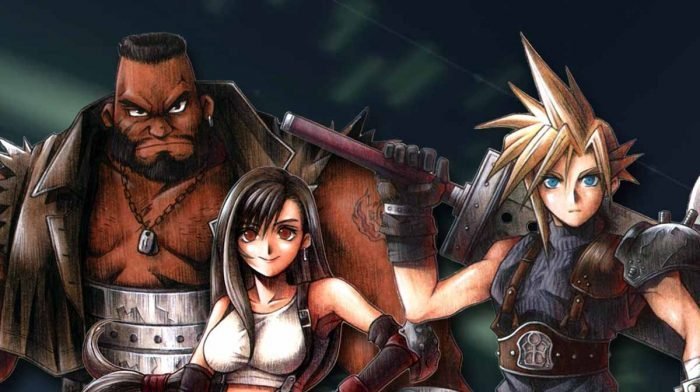 It took the genre to heights never before seen, introducing whole continents to an entirely new type of story. But its monumental success simultaneously caused the genre to stagnate, and for over 20 years developers have cannibalised themselves trying to recreate the spark that turned VII into a global phenomenon – none more so than Square Enix itself.

From the polished pre‐rendered visuals to the intricate, meandering narrative and anime inspired character designs, there isn’t a single aspect of Final Fantasy VII that hasn’t, in some way, become entwined with the genre’s DNA.

Its impact was so strong, in fact, that many developers have only recently started to step away from the framework it created. 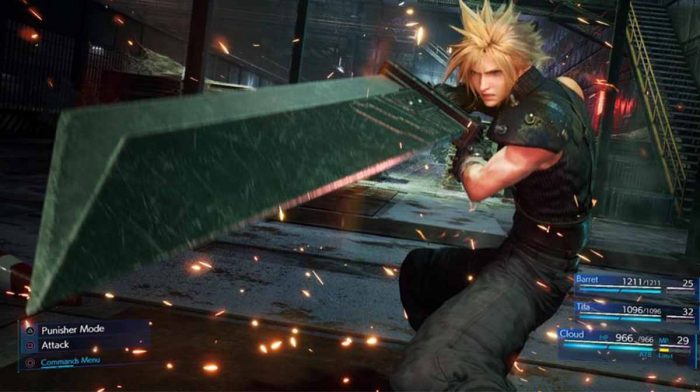 For perspective, 2016’s Final Fantasy XV, released almost 20 years later, was the first game in the series to utilise a fully real‐time, action‐oriented combat system, rather than the turn-based affairs VII helped popularise, as well as being the only single player Final Fantasy title to take place in an entirely open world.

It’s a curious legacy. A game so beloved by so many that it indirectly stunted the evolution of JRPGs for the best part of two decades, yet gave the genre an incredibly unique sense of identity unmatched by its competitors.

Like all games, JRPGs come in a number of varieties – tactical, turn‐based, action/adventure – but almost all share a number of tropes codified by Final Fantasy VII, for better or worse. 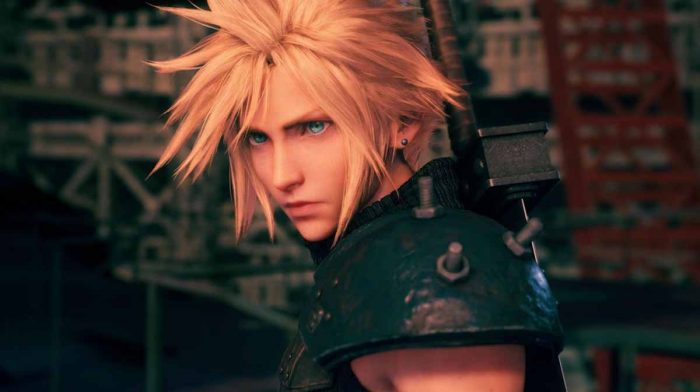 This issue has felt particularly relevant recently, with an increasing number of long running franchises buckling under the weight of their own success, struggling to balance fresh, original ideas, while retaining the same spark that made them popular in the first place.

The most obvious, timely example of this is undoubtedly Star Wars: The Rise of Skywalker. Financially, the film was a huge success, grossing over a billion dollars in the global box office.

Nonetheless, many fans were left disappointed that it stuck so close to the framework series creator, George Lucas, laid out almost 40 years ago, citing a lack of originality as one of the film’s major downfalls.

On the other hand, its predecessor, The Last Jedi, received considerable criticism for straying too far in the opposite direction. 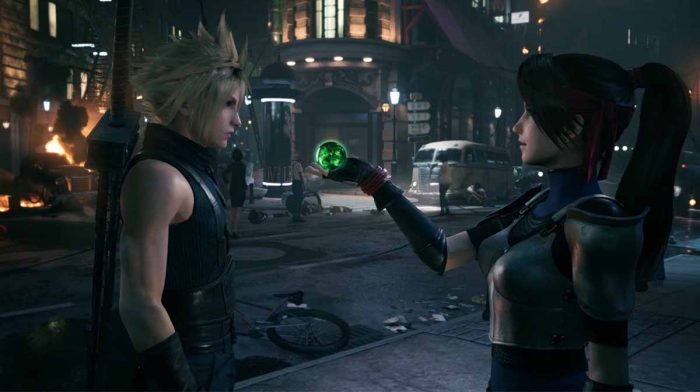 This push and pull is something many established series from many art forms have struggled with, but rarely has a single title had such a profound impact on the medium it’s a part of as Final Fantasy VII.

To this day, many popular JRPGs – including Silicon Studio’s Bravely Default series and Tokyo RPG Factory’s I Am Setsuna – base themselves heavily on the 1997 classic, pitching their numerous similarities as selling points to appeal to gamers who long for something more old‐school.

All this raises a new question: what should a JRPG be in 2020? 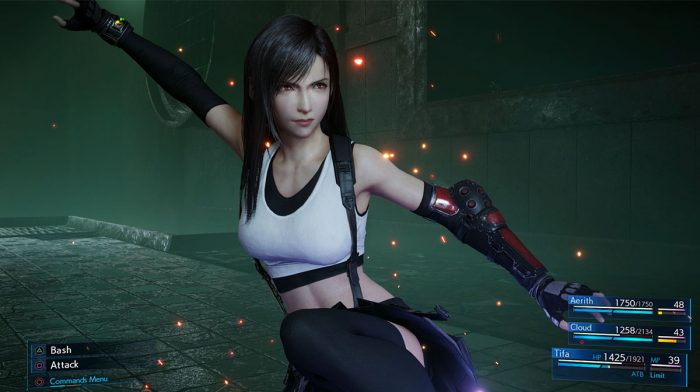 With Final Fantasy VII Remake on the horizon, however, we won’t have to wait long to find out.

Since the original game’s release, Kitase (now acting as producer) and his team have had 23 years and eight mainline entries to refine their craft.

That’s a lot of time to prepare, and with its legacy resting heavily on the remake’s shoulders, Square Enix look very likely to set the standard one more time.

In a twist of fate befitting a series famous for its complexity, the answer, once again, is Final Fantasy VII.