There’s absolutely no doubt that Star Wars is a pretty big deal. Ever since its debut in 1977, fans have been captivated by the space opera and its world.

Home to the greatest characters, stories and unbelievable twists in history, Star Wars is one of the most lucrative and popular franchises the world has ever seen.

It has grown exponentially larger than could ever be predicted, and is an everlasting beacon of sci-fi permeating through every aspect of pop culture.

And on ‘May The Fourth’, ‘Star Wars Day’, we get to celebrate what has really made the series so enduring – its fans. Without those people who love Star Wars so much, there’s arguably no chance it would have come this far. 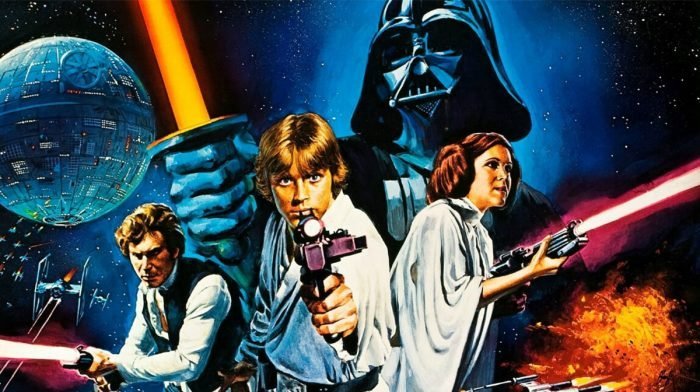 Luke Bligh and Matt Hudson from the podcast Star Wars Sessions feel that fans have done a great deal to support the franchise they love with their passion.

Luke: “There’s never a dull moment because there’s always a steady flow of content, whether it’s comics, books, TV shows, films, and you’ve got lots of different opinions and characters.

And I would say it’s just electric. No, not electric- it’s forceful. There’s always something going on, and there’s a spectrum of fandom, it’s massive!” 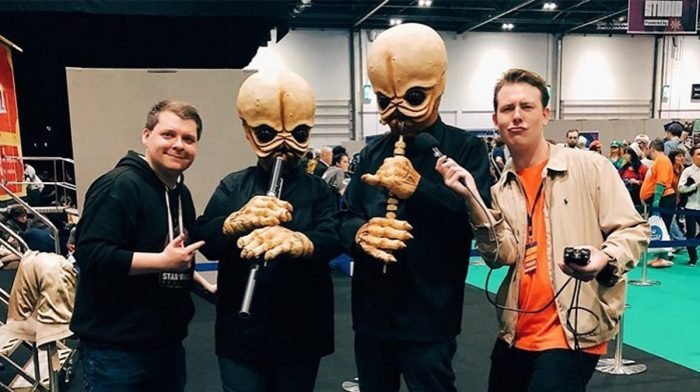 Matt: “Without the fans and their fever-pitch passion for the franchise, it would be nowhere near as enduring as it is now.”

Star Wars, thanks to its stunted release over 43 years, and the passionate fans passing the franchise down to their children, has become a generational affair. The universe means a lot to many different families, and everyone of any age has an entry point. 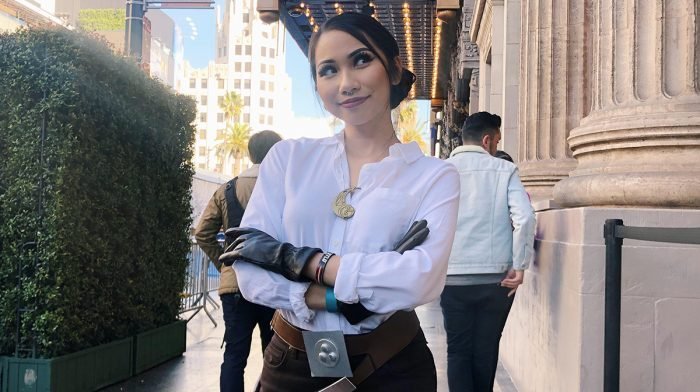 Kaila: “I also think there’s a character relatable for everyone, which is why I’m so thankful they’ve expanded this universe and made it so much more diverse, that’s what pulled me to Star Wars.”

The monumental reach of Star Wars has no doubt helped it to entertain people all over the world, but for many, it cuts much deeper than to be reduced to mere popcorn flicks.

Star Wars fans are renowned for taking it a step further, and in turn, it has had a huge personal impact for a lot of individuals.

One of these individuals is David Valle, a cosplayer and super-fan who owes a good deal to the franchise, and has let it become a huge part of his life.

David: “I was a bit of an outcast growing up. I was a very tall kid, maybe a foot taller than everyone else, so the world of Star Wars, where there’s a bunch of rag-tag outcasts, felt like a world I could very easily fit into. It means everything to me, I mean, I told my wife I wasn’t going to marry her unless I had Star Wars at the wedding.

That was my line in the sand! I was like ‘you can have whatever you want, but if I can’t have Star Wars there, we’ll just get married at City Hall’. All my groomsmen had lightsabers, and I had a lightsaber that I bought specifically for the wedding. To me it’s life, it’s who I am. It’s part of my personality, and it’s part of what I do.” 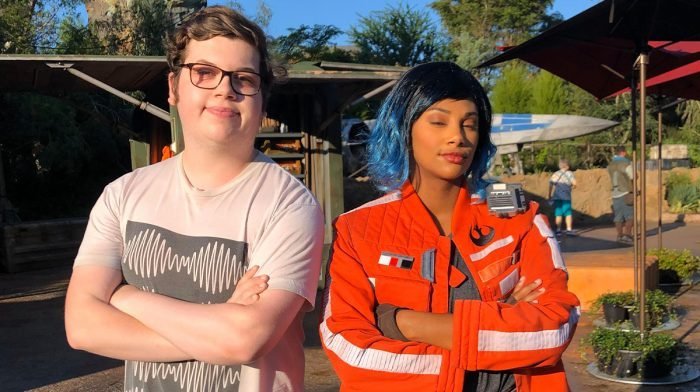 The Star Wars universe may be dense with canon branching from novels, video games and comic books, as well as the movies and TV series, but for many fans, it runs even deeper than that.

Jordan King, writer for Zavvi and Film Stories, has a theory on why the structure of Star Wars’ storytelling is so successful.

Jordan: “It’s definitely the first cinema franchise that actually went to the depths of creating a whole mythology. The concept of The Force, and the constant generational struggle between good and evil, I don’t think there’s ever been a cinematic world that’s tried so hard to be a modern equivalent of Greek mythology; because that’s what it is!

Star Wars is its own mythology, you’ve got endless reference books, there’s nothing like it. A hundred years from now I feel like Star Wars is still going to be there, as a touch-point for people asking how narrative evolved. It was the first blockbuster that tried to do something a little deeper.” 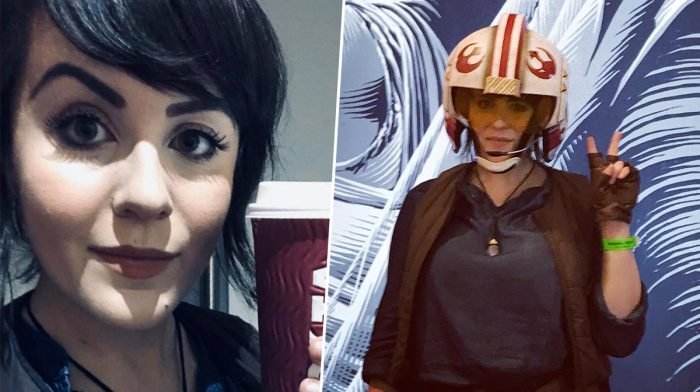 The franchise might tell an important tale of underdog victory over evil, but some people take a lot more from the Star Wars universe than its story. Clarisse Loughrey, film critic for The Independent, finds value in the film’s context.

Clarisse: “George Lucas was actually making Star Wars in response to the Vietnam War, and attaching it to that very real political side of it made it feel special, because it’s both new and old at the same time. People don’t really talk about it that much, but it’s a big reason I love Star Wars so much.

It came from him being against the Vietnam War, and the rebels [represent] the Vietcong. That’s super cool, but we don’t talk about it! It’s a super political thing that was wrapped up in this universe where there’s robots and a princess with giant buns in her hair, y’know? I think I wouldn’t love Star Wars so much if it didn’t have that injection of politics in it.” 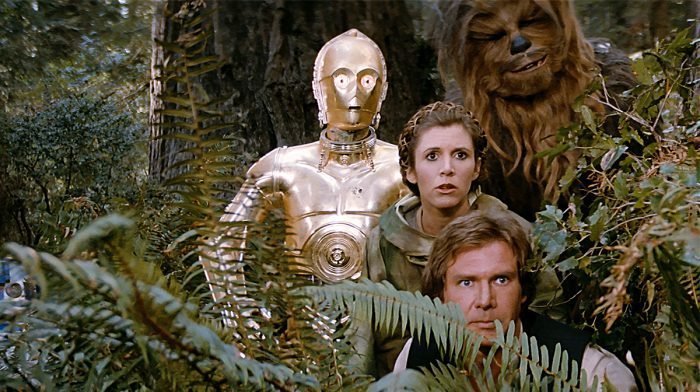 Arguably one of the best things to come from Star Wars is what the fans have been able to create with and for the series. The creativity of fans has helped to extend the Star Wars universe far beyond what could be conceived by the filmmakers behind it.

Fans have written novels, made fan films, and in the case of Star Wars Uncut, recreated the original movie with help from hundreds of animators.

Clarisse thinks the creators who contribute to the fandom are a very important part of the community: “I love the creativity of the Star Wars community. There are so many people who take this gigantic universe with so many characters and stories and histories, and they filter it through their own imagination and come up with something new.

I follow a bunch of people who create – like the woman who paints on leather jackets (Solanah on Instagram), she paints all of these beautiful Star Wars inspired designs and I just love that, because the beautiful thing about cinema is it inspires to you to think differently, see the world differently, and want to do things and want try new things.” 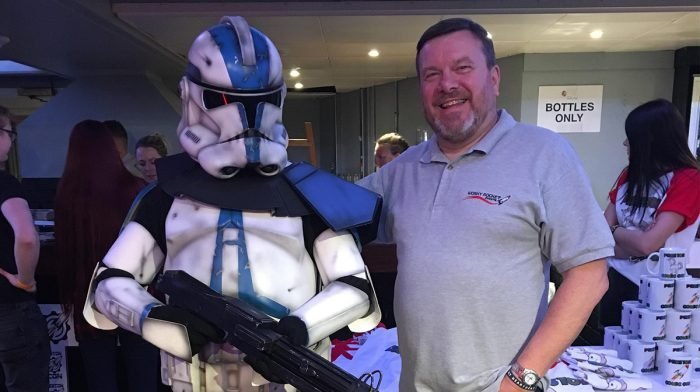 One of those people making a difference in not only the Star Wars community, but in his local one too, is Neil Livesey, a co-organiser of Star Wars Fan Fun Day in Burnley, England.

Neil: “We get together every year, we gather up some of the Star Wars cast to sign autographs, we’ll get 20 odd stalls selling memorabilia, toys, costumes, that sort of thing. We also host a dinner the night before, all to raise between £3,000 to £4,000 for our local hospice.

“At this point, it’s a way of life for me. I can’t imagine my life without it. Nothing’s been as good as Star Wars, and nothing will be as good again.

It’s a basic story of good versus evil, a young boy, or in the case of the new ones, a young girl, a complete nobody, becoming a hero. And I think that’s what it is. Anyone can be a hero. It’s totally thrilling, and I still feel the excitement every time a new film or TV series gets announced, just like I did in ‘77.” 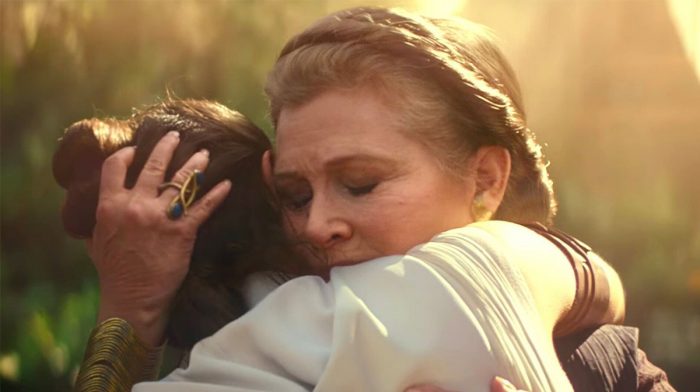 The passion of Star Wars fans knows no bounds. Everyone takes different things from the series, and that’s one of the things that makes it so unique and impactful.

Star Wars is for everyone, and anybody, from any walk of life, can find enjoyment in it, whether it’s through the films or through the extended universe of novels and comic books.

Star Wars is integrated into families all over the globe, with fans of all ages taking very different experiences from the extravagant space romp.

The iconic series has itself to thank for its consistent quality, but it has only the fans to thank for helping make it one of the biggest, and most essential, franchises in history.