In the late noughties, the media landscape was dominated by one grim fixation: zombies.

Maybe it’s because we weren’t quite so close to total climate annihilation 10 years ago, but our morbid obsession with the living dead was found in films ranging from 28 Days Later and Resident Evil, to shows like the still running Walking Dead.

It certainly wasn’t the first to subvert and satirise the genre, but 2009’s Zombieland is one of the best zombie comedies, and is more than deserving of being honoured with a sequel a decade later. 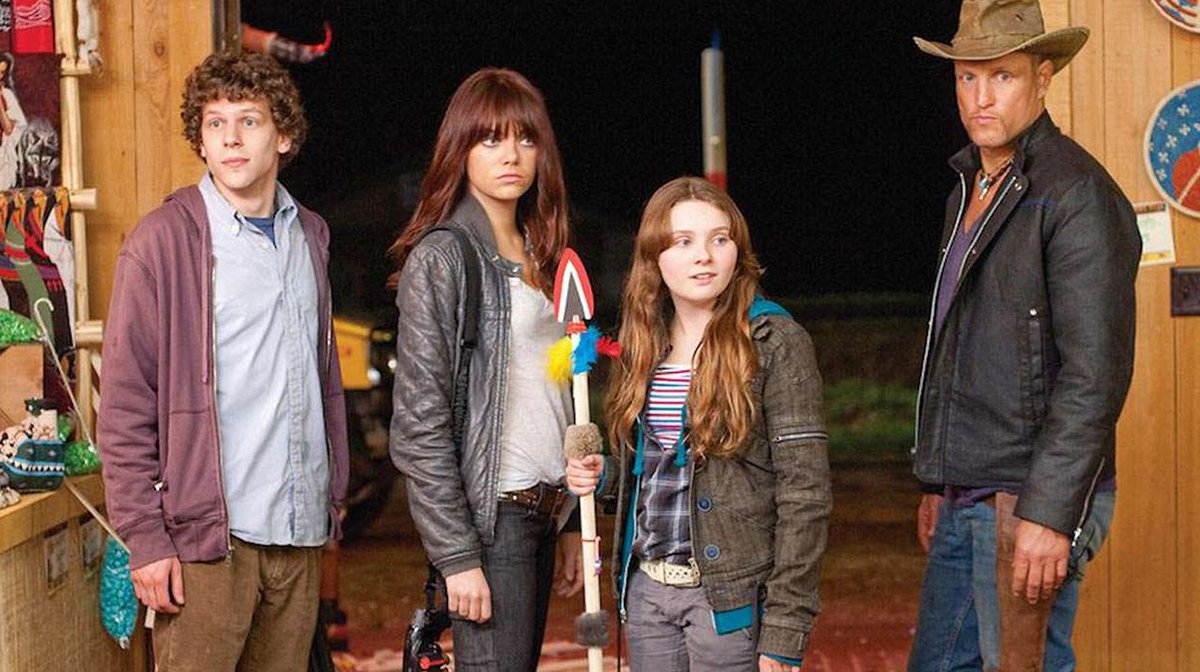 Rather than serving as an origin story describing exactly how and why the apocalypse took place, Zombieland threw audiences in at the deep end, in full knowledge that everyone and their grandmothers knew a few potential causes by then. A rare virus, an experiment gone wrong, an ancient curse, we’ve seen them all before, and we know that society inevitably collapses, leaving only a few lucky survivors.

While the catalyst is described at the start as a mutation of mad cow disease, this only makes the whole premise seem even more ridiculous and self‐aware, framing the apocalypse less as a profound disaster, and more as a worldwide ‘oh sh*t’.

With an awkward, nerdy Jesse Eisenberg at the helm rather than a chiselled action hero, Zombieland is a zombie movie more concerned with obeying the ‘rules’ of its own genre than portraying bad-ass nobility.

These are brilliantly laid out by Eisenberg’s Columbus at the start of the film with the assistance of some authoritative 3D text, and mostly include sentiments that you might shout at the screen when watching other, less self‐aware horrors; making sure to ‘double tap’ corpses and avoiding bathroom stalls, for example. 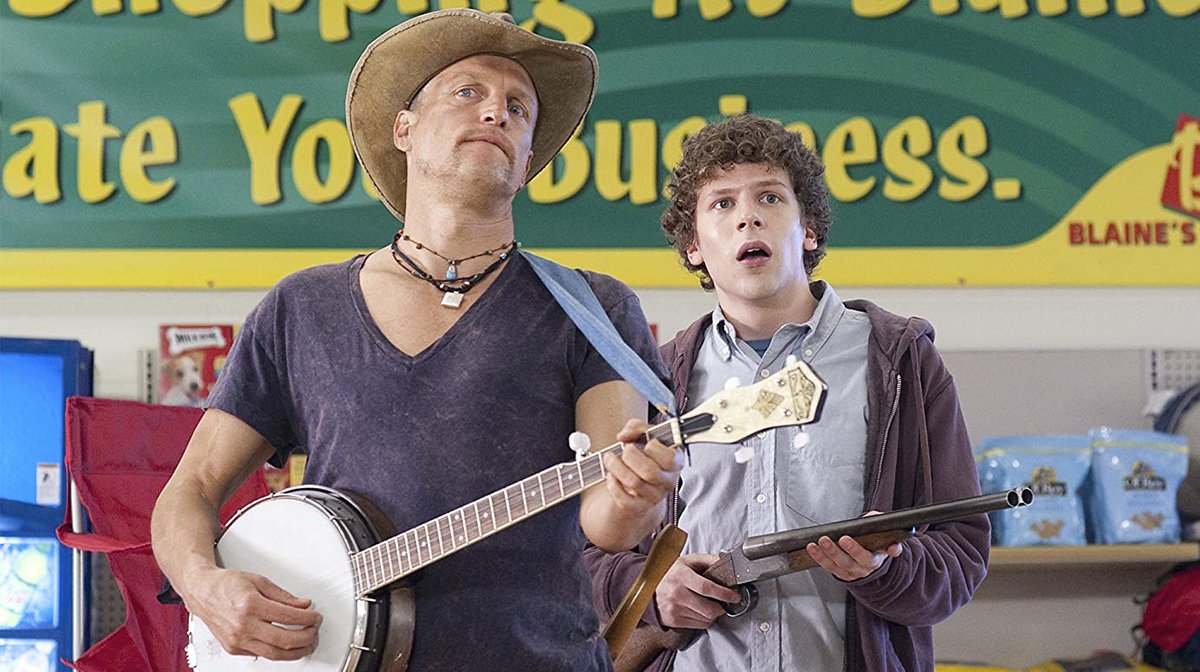 The motivations of the characters also stray from what you might expect: the usual suspects like protecting family members and searching for safety are still there, but so are less conventional desires like attempting to find the mother-load of Twinkies.

Much like any other strain of horror movie, zombie movies tend to follow a formula in which characters are slowly picked off one by one to maximise the emotional impact and fear factor. Spoilers ahead: this isn’t the case in Zombieland, in which each one of the four major leads survives.

Rather than engaging you by killing off the characters, the script brings them to life, giving them a sense of depth only heightened by how they (successfully) deal with what is thrown at them.

Where Columbus might try to outsmart a zombie hoard or avoid conflict altogether, the hot‐headed Tallahassee is inclined to launch himself head on into them – the reasons for their different behaviours only become more clear and relatable as the film goes on. 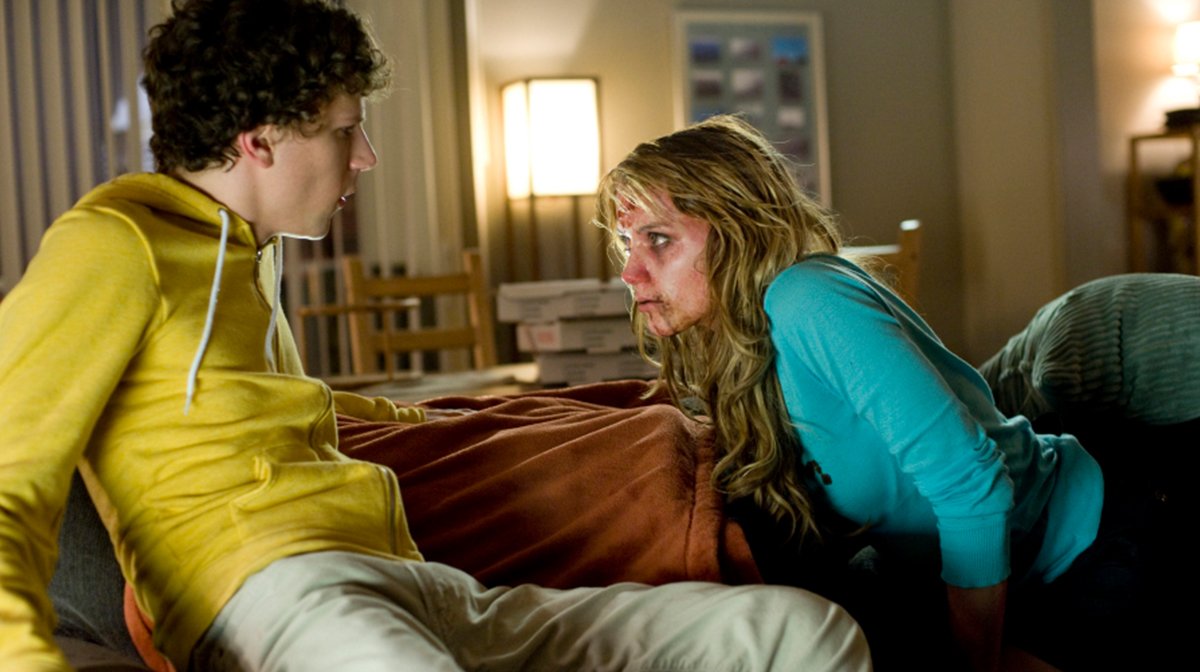 Human error tends to be the cause of most deaths in a zombie film and in Zombieland, this tragedy is played for comedy, particularly in the well‐remembered Bill Murray sequence.

As well as reinforcing the meta nature of the comedy – a star as big as Woody Harrelson is freaking out at seeing Murray – the scene manages to undo almost every daydream people have had about themselves in the zombie apocalypse.

Sure, you’d likely rob a supermarket and attempt to keep your family safe, but realistically, you’d also do something as dumb as accidentally killing a made‐up movie star in the heat of the moment. 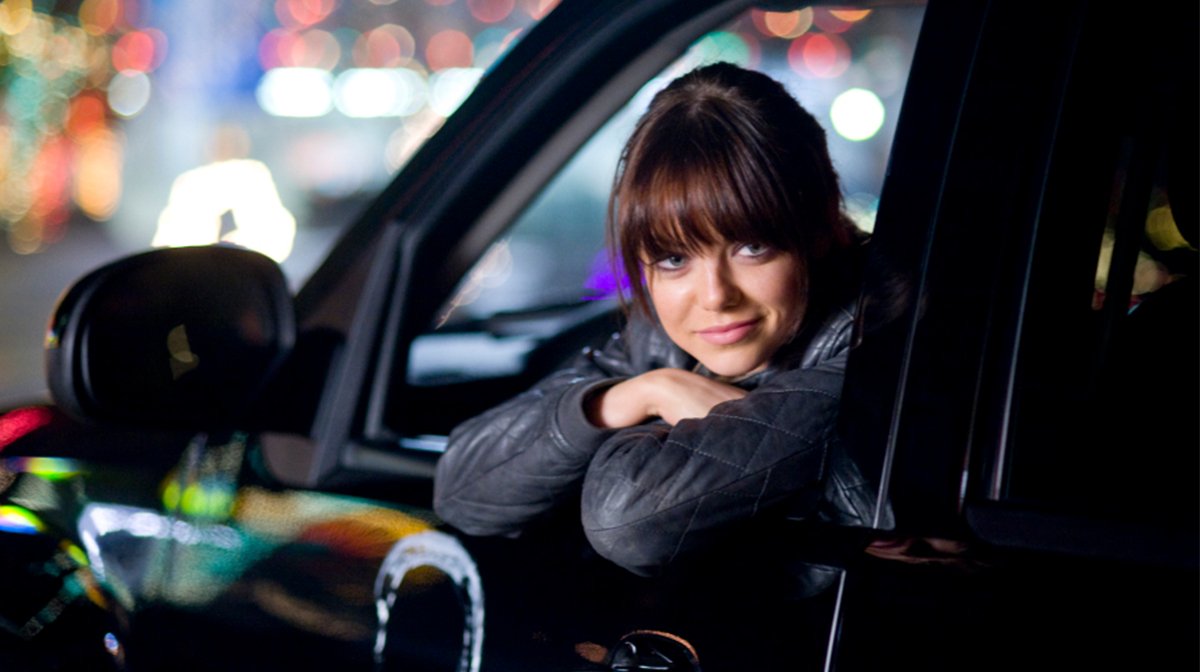 Though some, especially Wichita with her initial aggression, come off like killing machines in total control, all are shown to be incompetent and flawed in at least a few key ways, allowing the moral of togetherness and teamwork to quietly slip in amongst the madness.

Fundamentally, these characters share a difficulty in connecting with other people, gearing them up perfectly for a lonely Armageddon, but less so for human interaction.

It’s hard to say where Zombieland: Double Tap will take us a full 10 years after the first was released. The influx of zombie related media has certainly slowed down over time, leaving the sequel with less company, and perhaps less of a universal appeal within the safety of the zeitgeist.

But Zombieland was never a movie that played it safe, and I have faith that the returning cast and filmmakers can craft a film as hilarious, memorable, and touching as the original.