‘I ain’t seen Star Wars‘, said no one, ever. If it were said, there would no doubt be a backlash of Greedo‐shooting‐first proportions.

Since its inception in 1977, Star Wars has permeated every aspect of popular culture, resulting in mountains of merchandise, being referenced in everything from Stranger Things to Saturday Night Live, and even becoming the unofficial title for the USA’s space Strategic Defence Initiative.

The upcoming release of Star Wars: The Rise Of Skywalker sees the closure of the trilogy of trilogies, and the final film in the Skywalker family saga. 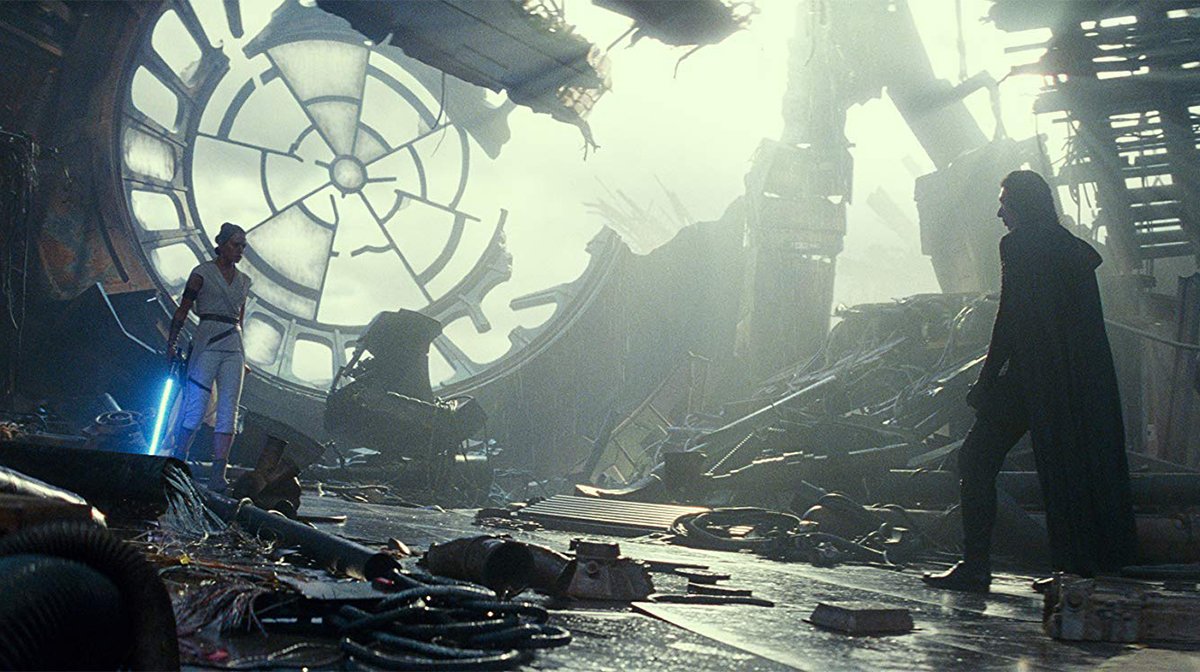 Episode IX feels like a cinematic family event like no other: 40 years in the making, with the potential for grandparent, parent and child bonding higher than Anakin’s midi‐chlorian count.

The legacy of the Skywalker family mirrors many of our own lives: grandparents discussing Star Wars with their grandkids, as they once did with their own. Toys have been exhumed from decades deep within the loft to be handed down to new Star Wars fans, like Obi‐Wan dishing out Darth Vader’s lightsaber to Luke.

It sounds over the top, but it’s Star Wars. 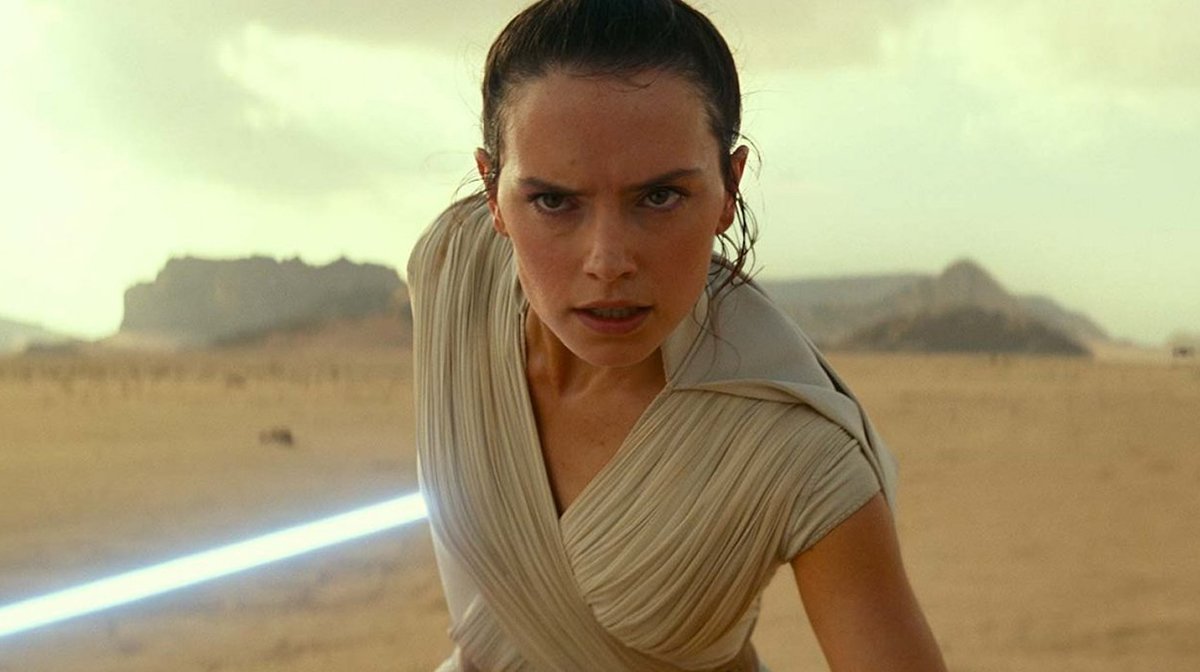 Significantly, Episode IX could likely be the last time for a long, long time that we see Star Wars on the big screen.

Disney+’s The Mandalorian is currently being enjoyed in homes everywhere except for the UK, and the upcoming Ewan McGregor Obi‐Wan project, and Cassian Andor prequel spin‐off, will find a fitting home on the small screen too.

As for actual Star Wars movies, even Bothan spies haven’t got any solid info as of yet. Game Of Thrones show-runners, David Benioff and D.B. Weiss, have recently abandoned their rumoured Knights of the Old Republic‐esque trilogy, whilst Rian Johnson’s sans‐Skywalker series of films is being kept schtum with no details in sight.

Throw in the Marvel Cinematic Universe mastermind Kevin Feige, who has also put his hand up to produce a new Star Wars episode, and there’s plenty to be excited about, but sadly, nothing solid. Having been omitted from Star Wars stories Rogue One and Solo, and with the new instalments likely following suit, we may never see that famous Star Wars credit crawl in the cinema again. 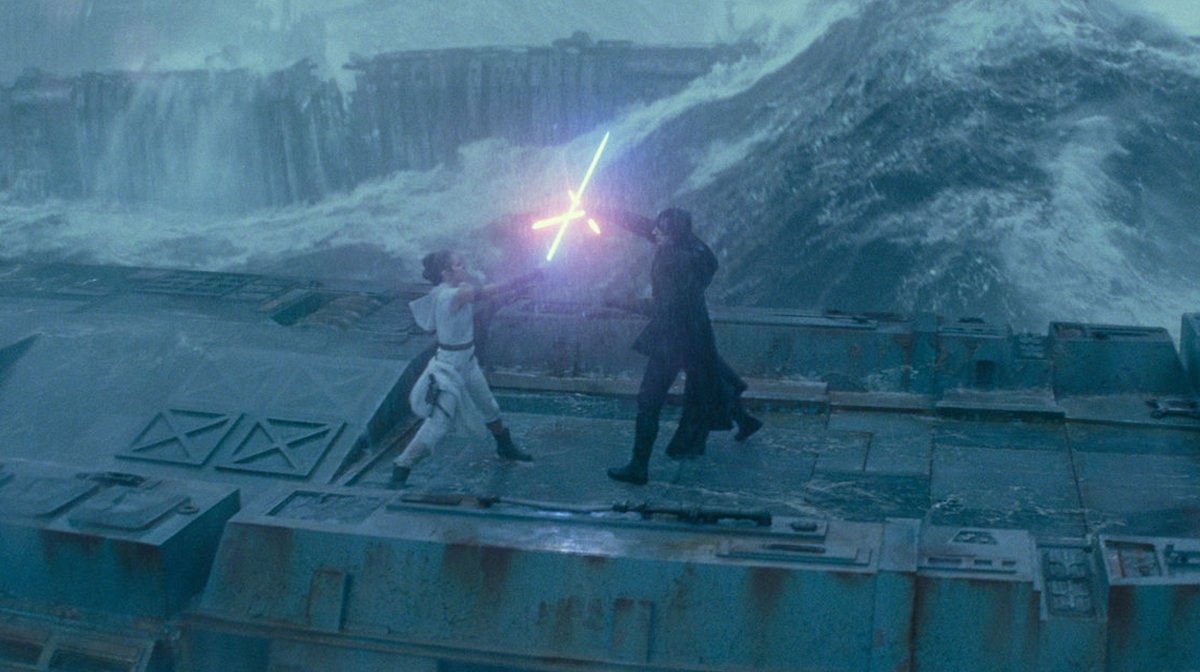 What of Episode IX and our original heroes though? Episodes VII and VIII have already shown us the on-screen death of Han Solo, and the self‐sacrifice of Luke Skywalker in order to save the Resistance, whilst Princess Leia actress Carrie Fisher’s sad passing hangs over this final instalment with hopes of it becoming a touching tribute to her legacy.

Episode IX brings with it a sense of finality that makes most fans slightly fearful of what’s to come. One thing’s for sure: you’ll need to take tissues. ‘No‐one’s ever really gone.’

The first trailer for Episode IX found these words followed by the iconic cackle that signalled the return of the scenery‐chewing Emperor Palpatine (Ian McDiarmid) himself. 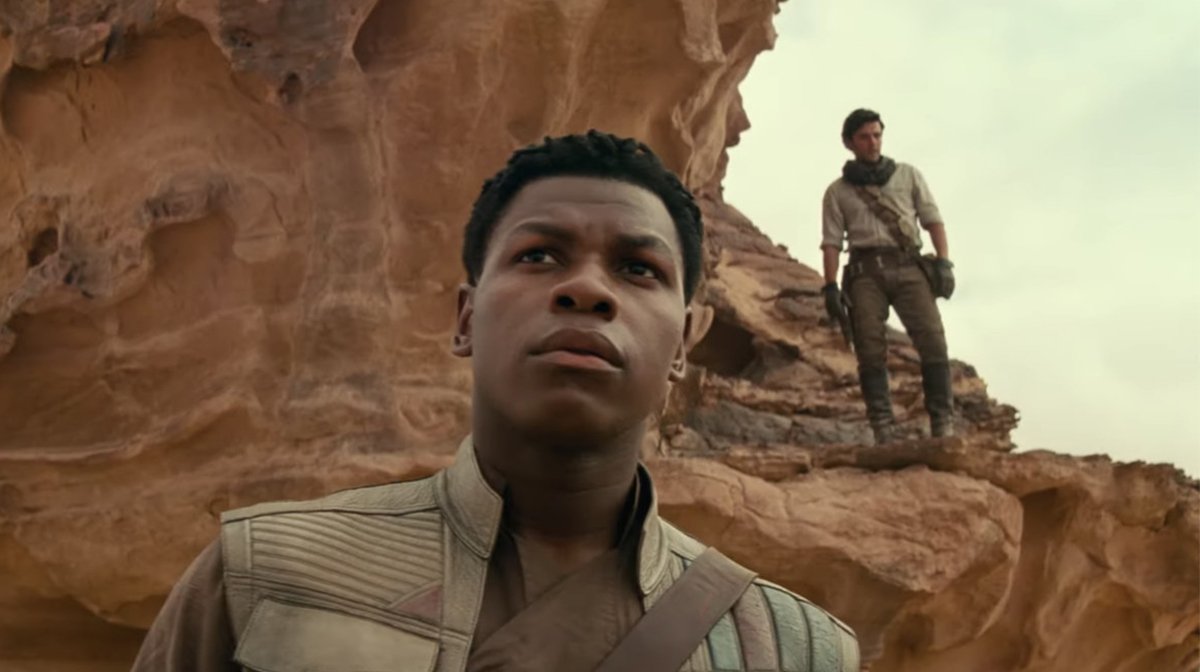 Although presumed dead since the denouement of Star Wars: The Return Of The Jedi, the former Senator of Naboo and all‐round bad egg cast his shadow over the entire saga, and now returns to close the final chapter.

And no‐one saw it coming. Anyone who says otherwise is a scoundrel.

Little is known about his return so far, but the latest trailer suggests that Palpatine walks with the aid of a robotic frame, reminiscent of the reconstructed Vader and legless Darth Maul.

But with the swanky red‐suited Sith Troopers making their first appearance, and the long‐hyped Knights of Ren at his side, chances are he’ll skip a good chunk of the fighting. 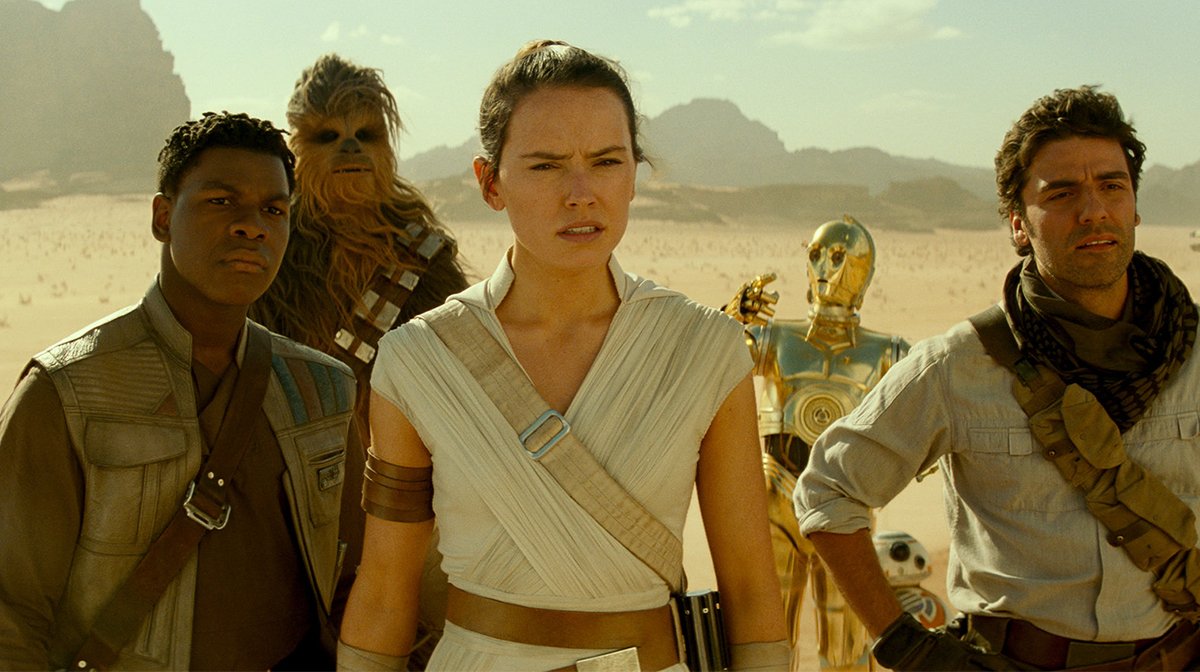 The second Episode IX trailer cast the net even further though, with Vader’s distinctive biomechanical breathing accompanying Rey’s apparent turn to the Dark Side.

If no‐one’s ever really gone, should we be preparing for a return of The Dark Lord of the Sith also? Or could the titular rise of Skywalker mean that we’ll see Anakin return in Force Ghost fashion to finally vanquish the villainous Palpatine?

Is the Star Wars community ready for the return of Hayden Christensen as Anakin Skywalker? Probably not. 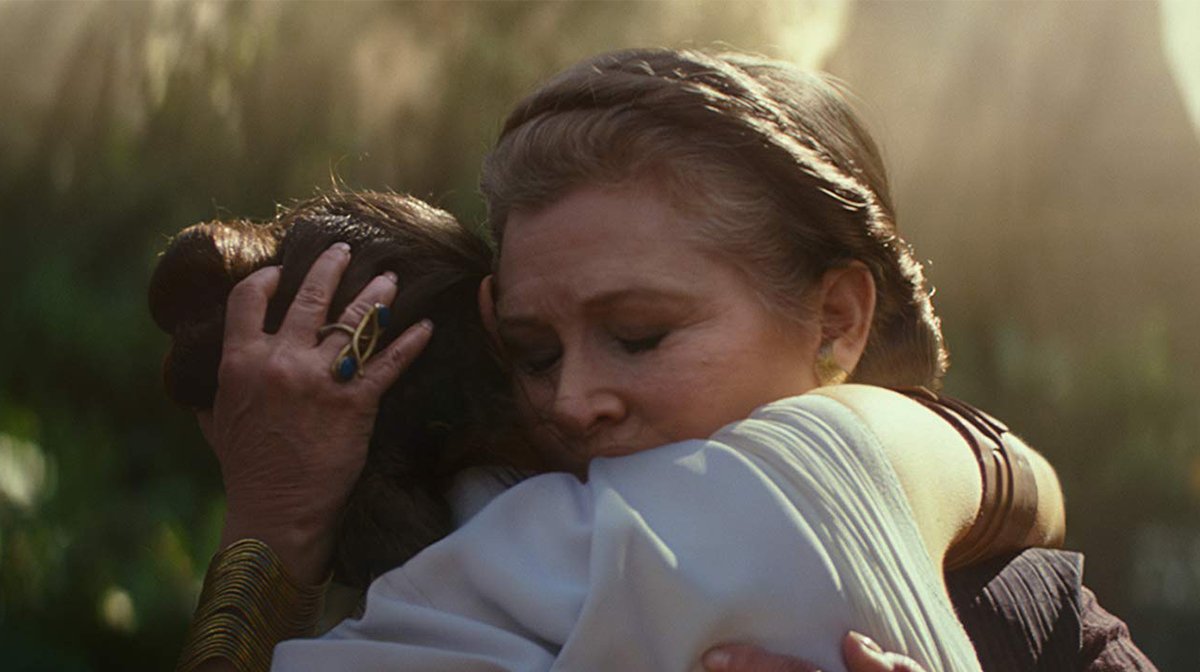 It’s not just those who are blessed with the force who are returning for Episode IX though. The return of Billy Dee Williams’ Lando Calrissian stands to be a stunning blast of nostalgia. Especially since the character has become even more embraced by fans since Donald Glover’s incarnation of his younger self in the underrated Solo: A Star Wars Story.

The sight of Lando piloting the Millennium Falcon again, soundtracked by his trademark ‘yeee‐haw’, would bring back all the feels. Let’s just hope the Falcon’s got the cupboard space for all the custom capes.

It seems safe to say that there was a collective sigh of relief when it was announced that J.J. Abrams would return to direct the ninth instalment of the Skywalker saga. Replacing the original director, Colin Trevorrow (Jurassic World), Abrams is not only a fan, but feels like a safe pair of hands. And not quite ‘Ron Howard safe’ either. 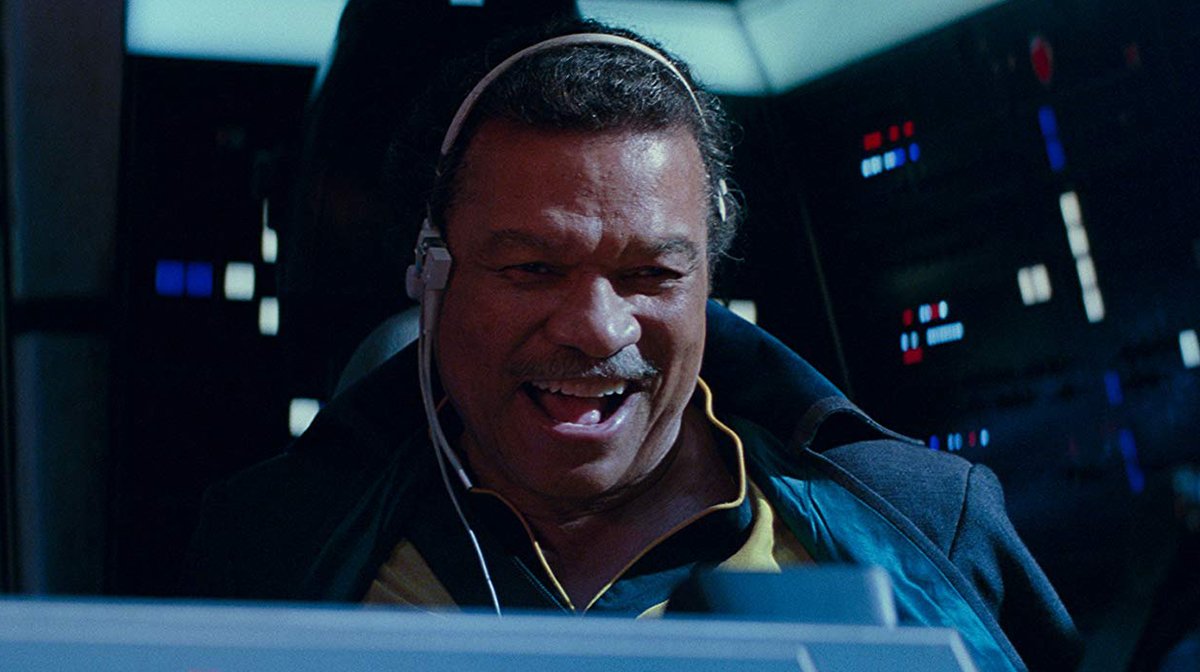 After the discourse surrounding Rian Johnson’s divisive Star Wars: The Last Jedi, certain sections of the fandom called to ban The Last Jedi from the Star Wars canon, remake the film entirely, or re-cut it without certain characters.

Of the more reasonable derision for Episode VIII was the apparent disregarding of the question around Rey’s parentage. The saga has leaned heavily into the Skywalker family’s heritage, with a secret father unveiled here and an awkward, unknown sibling announced there.

The latest trilogy has played on Rey’s yearning to discover the identity of her old folks, who seemingly left her to a life of scavenging in the care of Jakku’s junk boss, Unkar Plutt. 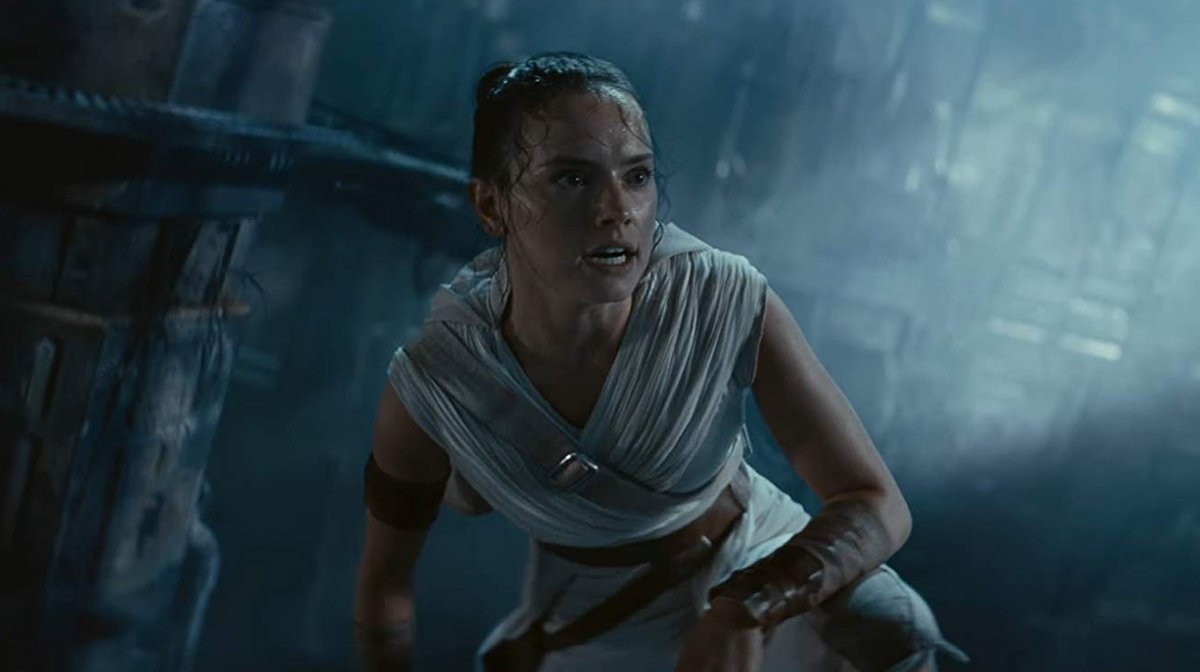 How the final film handles Rey’s lineage is likely to divide further, with claims of predictability if she’s related to a main character such as Obi‐Wan or Leia, and ‘killing the past’ and Star Wars lore if she isn’t.

Immaculate conception via the midi‐chlorians at the behest of The Emperor gets our bet, but this makes it all the more must‐see.

On one hand, it seems too final to say that this could be the last time we see the Skywalkers on screen. But on the other, we know that Star Wars will live on, constantly being digested and chewed upon, just like it was in the belly of the Sarlacc. Pre‐special edition, obvs.