After making waves on YouTube with his hit series Shiro’s Story, last year writer and director Rapman stormed onto the cinema scene with Blue Story, a moving and raw story that tackles issues including gang violence.

Striking a chord with audiences, despite being controversially pulled from some cinemas, it went on to achieve both critical and commercial success, having an impact on those who saw it, and on the industry.

Ahead of the film’s release on home entertainment, Zavvi chatted to Rapman about all things Blue Story, making the transition from YouTube to Hollywood, and his reflections on the shocking ban. 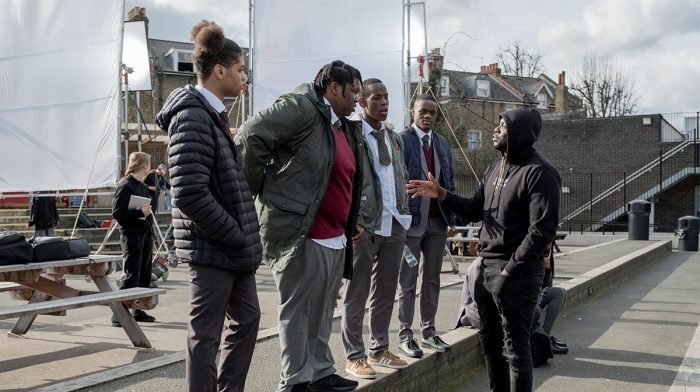 Zavvi: So this is your debut feature film, with your work before being shared on YouTube, with the series Shiro’s Story becoming a massive hit. When you uploaded part one of Shiro’s Story, did you ever think it would lead to Blue Story?

Rapman: Nah. Prior to Shiro’s Story, I had about 30 other videos that were similar out there. There were so many and I always thought, ‘this will be it’, or ‘that will be the one’. I ended up doing so much I thought none of them will be the one, but let’s put them out there anyways.

Blue Story, I actually wrote it before Shiro’s Story, in 2015. I always thought one day I could make the movie, so when Shiro’s Story did well I said any money I get, I’ll save it and make Blue Story myself, independently. But luckily then a studio wanted to make it, a producer got on board, we started getting offers, and it was all good. 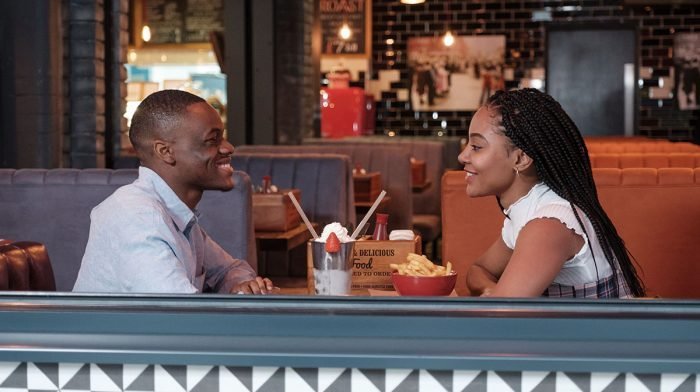 Zavvi: Going from working on a YouTube series to making a feature film, what new challenges did that present?

Rapman: Yeah. You would think with the money we got to make the movie, there would be no problems, but the bigger the scale, the money is just the same you know. Also I’ve never worked with an art department before, a location department, a costume department. I’m used to doing a take and if it doesn’t work, we just do it again, but now I had to wait for costume to come in, make sure his collar is right, and I’m like we are already running behind, I haven’t got time for this, I want to get the shot in the sunlight. I’d be like do we have to do this, and yeah they have to, it’s their job.

Also I’ve always shot guerrilla style, just went and did it. But with Blue Story, like one day a permit that was meant to come in didn’t, but I didn’t know this. So I’m getting my actors ready for this scene, emotionally, I say let’s get this shot, then I get pulled to the side and get told the permit didn’t come through so we can’t use a gun, but you can use a knife.

I went mad on set, there were bare headaches. Normally on my sets we find a way to make it work, we don’t care, just get the camera out and go. So different problems presented themselves, but at the same time, I could focus on directing when normally I’m helping hold the lights, helping produce it etc. This time I could just focus on the story. So there were pros and cons and it wasn’t overwhelming for me, you know, it was kinda easier doing it on this scale. It was all good. 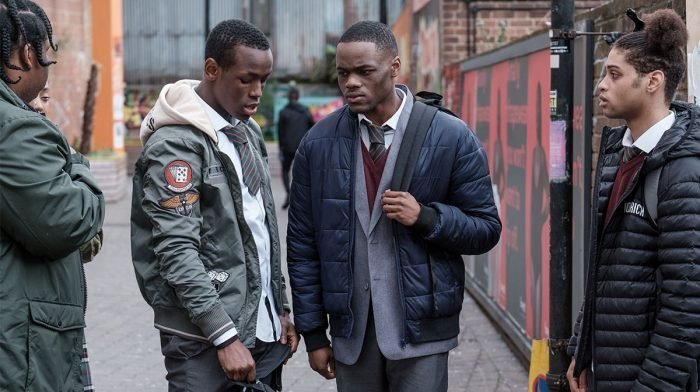 Zavvi: Of course the movie is brutal, violent and raw, but you also capture the joy of being a teenager, going to parties, falling in love. Why was it important for you to capture this?

Rapman: The world it is based on, it doesn’t begin like that. The gang members start off in school, playing games with their friends, and it’s important to see these kids don’t come from spawns of Satan, they are just normal kids, trying to get dates.

But one thing leads to another, and then they are picking up a weapon to try and defend themselves. They do start off just like any other child, they go through the same things any other teenager goes through, circumstances just lead them to the other side. 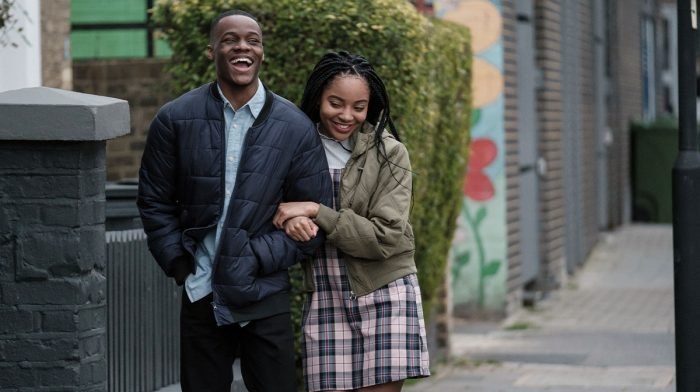 Zavvi: Vue Cinemas decided to stop showing the film, a move which was both shocking and awful. Reflecting on this, the amount of support you got was incredible. How did it feel, seeing all these people supporting your movie, and calling for the decision on the ban to be reversed?

Rapman: It was dope, it was crazy. When I saw ‘No Blue, No Vue’ trending, I was like that’s cool. I just didn’t think people would care, but it wasn’t just about me. It was the fact we see James Bond movies, we see mafia movies, army movies, with shooting and violence, and they would never have got pulled from cinemas if a similar thing had happened.

So it was more someone going ‘I don’t even know Rapman, but this is an outrage, no other movie would be treated this way, so I need to say something’. It didn’t even happen in the screen, but in the facility of the cinema. People are thinking, why did none of the other films featuring violence get pulled? Is it because it’s about black youth? It just didn’t make sense.

If they had just pulled it from that screen I think it would have been like, the issue was there, it wasn’t connected, but it is what it is. But pulling it from every Vue in the United Kingdom, it was like wait. There was no explanation. It was great everyone got behind it, because it was injustice. It just didn’t sit well with anyone. 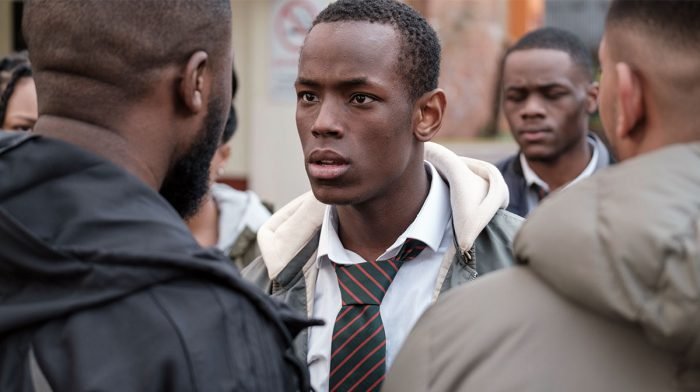 Zavvi: It really didn’t. The impact the movie has had has been huge, and I imagine you have had other young, black, working-class filmmakers come to you, and ask how they can follow in your footsteps. What advice would you give to them?

Rapman: My advice is film something, and put it out there. It doesn’t have to look the prettiest, it doesn’t have to have great sound quality. When I shot my shorts, it was on my iPhone, but you can also get a camera these days.

And use YouTube. It’s a great platform as even if it doesn’t get many views, you can tell from the people who do watch it, how they took to it.

And in how I can support them, I can lead by example. You can see my background, and my journey from poverty, to YouTube, to Hollywood movies. They need to see if Rapman can do it, why can’t I? And it doesn’t happen overnight, it’s a long journey, but you learn making films. Practice makes perfect. 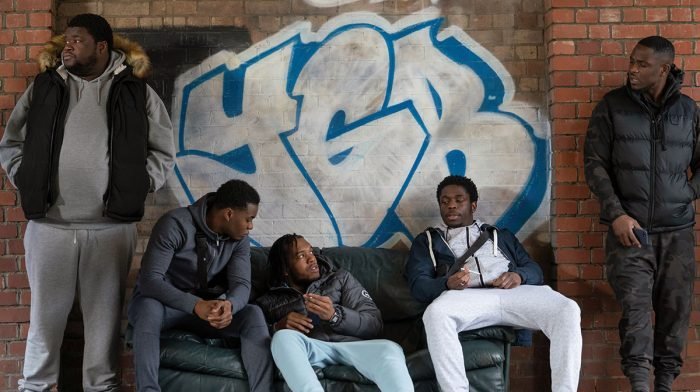 Zavvi: And what can we see next from you?

Rapman: I’ve got another feature movie coming up, called American Son, it’s based on the French movie called A Prophet. I’m doing that with Paramount, and it should be with you in cinemas next year. Doing a lot of pre-production right now, and yeah, that will be my next movie.

Blue Story is available to Download & Keep from today, and will be available on DVD from 20th April.