Long gone are the days of street racing, DVD player theft, and humble stakes from the early films of The Fast and the Furious franchise.

As time goes on, each new entry seems to get further away from reality; but in Hobbs & Shaw, for the first time ever, the high stakes and world-changing nonsense don’t feel out of place.

In this outing, Luke Hobbs (Dwayne Johnson) and Deckard Shaw (Jason Statham) are brought face to face once more when a dangerous virus goes missing along with an MI6 agent by the name of Hattie Shaw (Vanessa Kirby) – Deckard’s estranged sister. 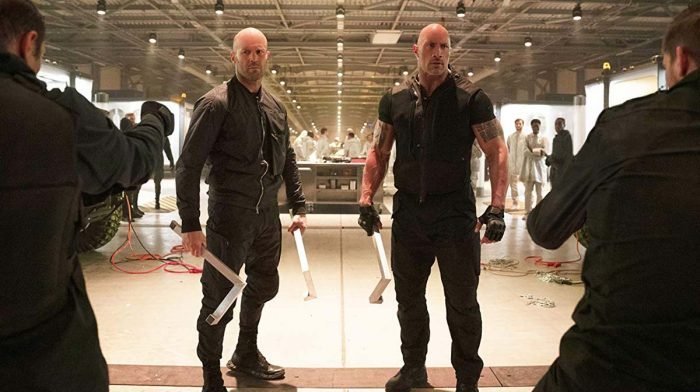 But Hobbs and Shaw aren’t the only ones looking for the virus. Resident ‘Bad Guy’ Brixton Lore (Idris Elba) wants to bring it to his mysterious boss so they can release it and weed out the world’s weaklings.

If this sounds preposterous, it’s because it is.

An essential part of Hobbs & Shaw as an overall product is the viewers’ willingness to simply allow the film to work its magic without getting caught up in its details. The plot might be ridiculous, but the entertainment value makes up for a lot of the underwritten villainy. 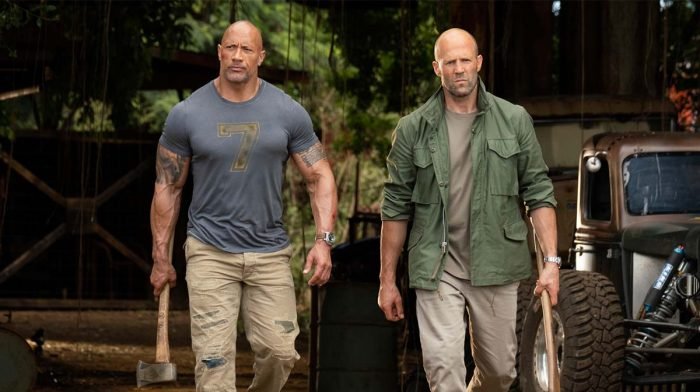 When the bullets start flying and the set-pieces kick in, it’s undeniably fun.

The film has a small arsenal, one-liners, alpha-male banter, fighting, and Vanessa Kirby, but it implements each of them skilfully.

Kirby as the feisty and lethal Hattie is an absolute joy – someone high up must have seen her doing spy things in Mission Impossible: Fallout and said ‘we need more of that’. 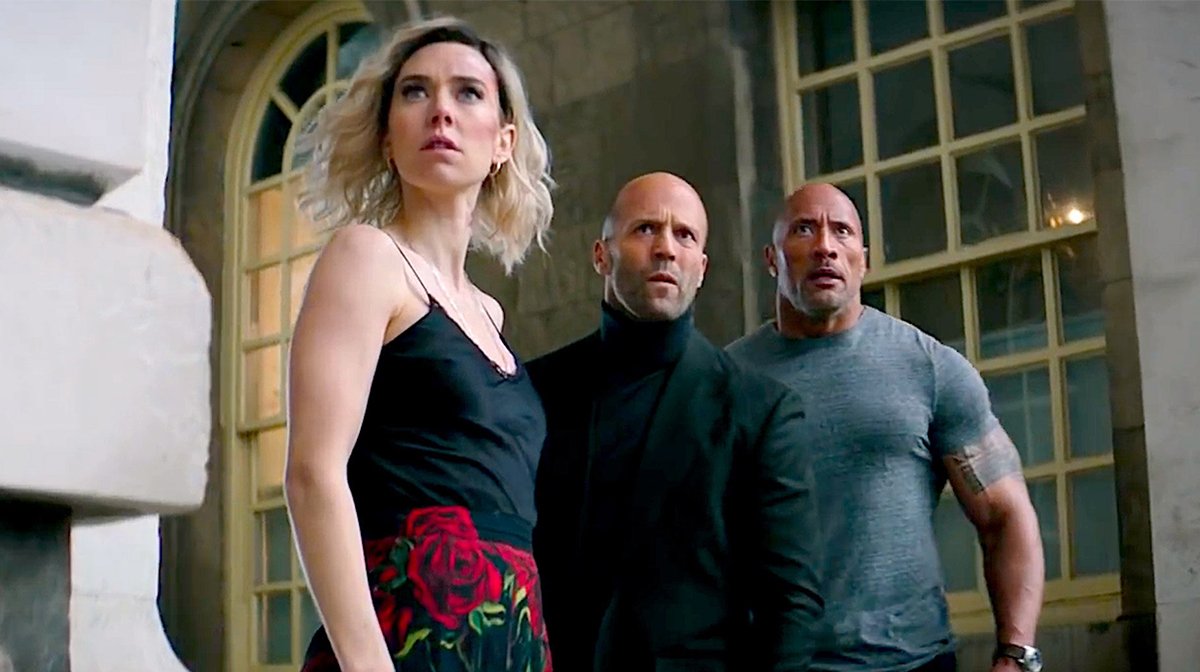 Kirby isn’t the only source of charisma though, watching the film’s two leading men insult each other then team-up for some ass-kicking doesn’t get old as quickly as you might think, and both Johnson and Statham bring so much to the table.

There are some great laughs too, mostly because the script by Chris Morgan and Drew Pearce doesn’t shy away from self-parody.

It’s funny enough to fill in the gaps between the action, but also gives insight to Hobbs and Shaw as individuals. 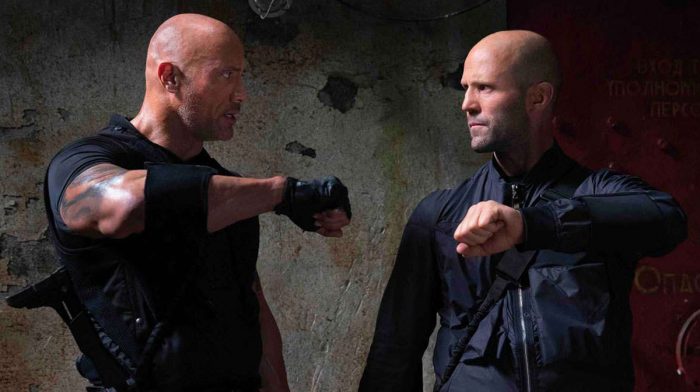 The theme of family, whether it be chosen or biological, is the recurring life-blood of this franchise, and there’s enough of it here to give the character development heart.

There are some especially warm moments for Hobbs, who’s Samoan roots get unexpectedly explored.

And of course, Hattie and Deckard get their fair share of sibling bonding time. This story is about roots, the way they might hold us back, become lost, or make us stronger. 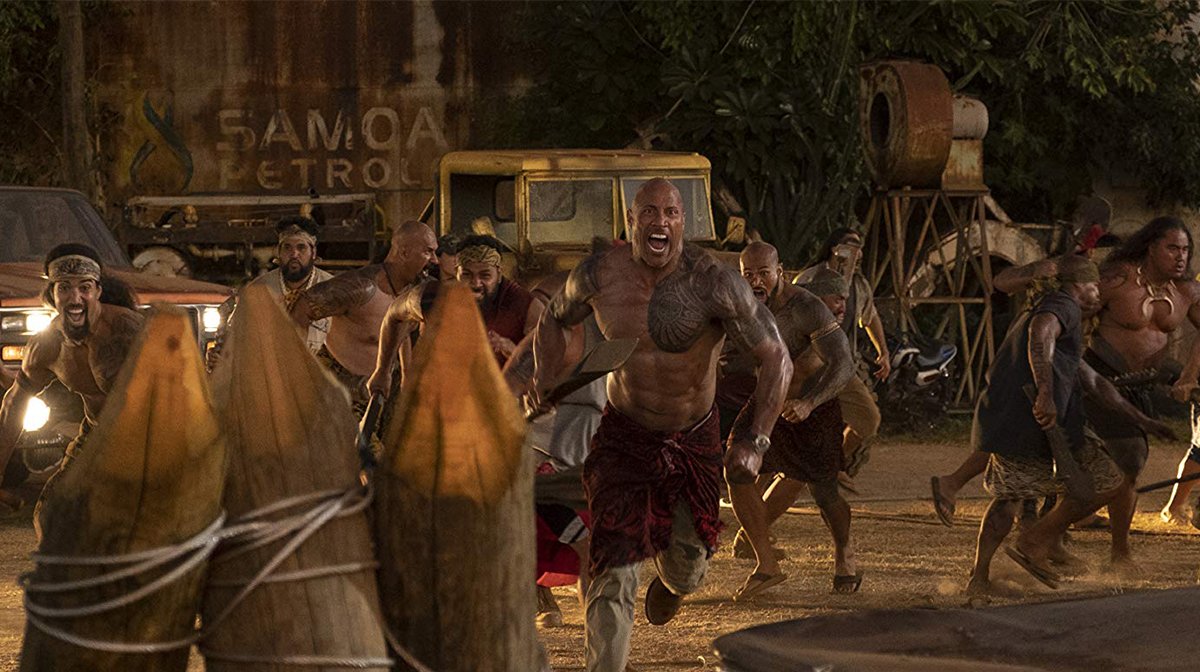 Most of the run-time is afforded to the fast-paced action, which is certainly a good thing. Screeching tires, varying styles of combat, and impressive stunt work are among the positives, while some shabby CGI detracts.

All in all, Hobbs & Shaw is a perfectly adequate way to pass the time, and the main trio’s chemistry sells it in a way that stops the film from feeling like just a big dumb action flick – even if it is one.

Will you be going to see Fast & Furious Presents: Hobbs & Shaw? Let us know on social media.