Since the turn of the millennium, the Catholic Church seems to have been going through a lot of introspection whilst in search of purpose in an increasingly secular world.

During the last decade or so especially, the religious institution has been exposed for the abhorrent crimes of some of its clergy, and the church’s influence has become a shadow of its former self; arguably for the better.

Where then does the church go from here? Director Fernando Meirelles’ latest work, The Two Popes, considers the two paths laid out by the first two men elected to the Papacy so far this century. 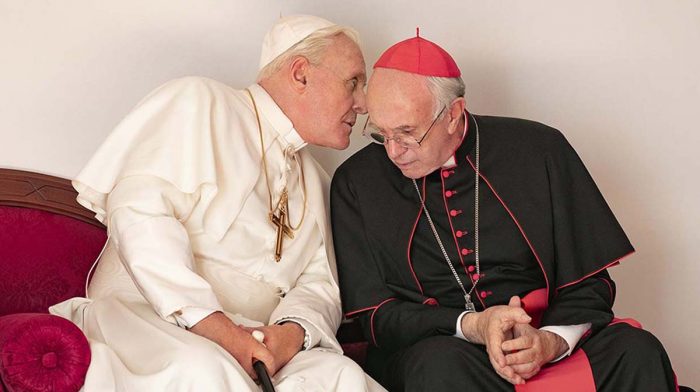 The film’s main action begins in the wake of the death of Pope John Paul II in 2005, and the gathering of the conclave to decide his successor.

Ratzinger, a German cardinal and a stalwart of the church’s traditional, though outdated, values is eventually appointed as Pope Benedict XVI, and the more reformist Bergoglio returns to his home in Buenos Aires, until 2012, when he’s granted an audience with the Pope after requesting an early retirement. 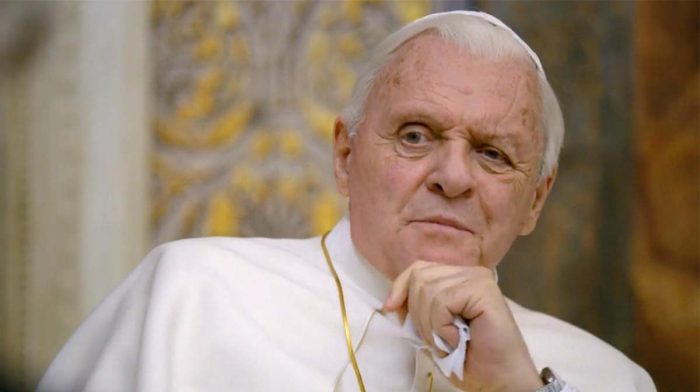 The meeting of the two makes up the majority of The Two Popes, and the weight of the film falls on Hopkins and Pryce to carry it through to the finish.

The two have a great chemistry in their scenes together, and Meirelles is all too happy to leave Ratzinger and Bergoglio chatting in various opulent rooms about their faith – the only thing that the men have in common.

Frustratingly though, the film never uses their differences in ideology to create anything more than a two hour duologue, interspersed with flashbacks and documentary footage. 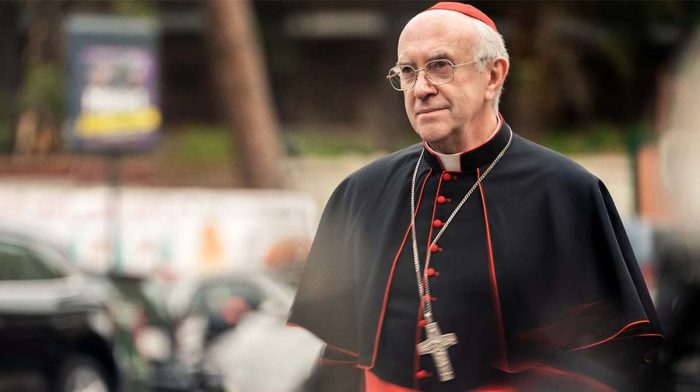 It comes as no surprise therefore that The Two Popes is based on a play; the film’s writer Anthony McCarten also wrote the original text.

McCarten is unequivocal about whom he feels is best suited to lead the church of the two men; Ratzinger is portrayed as a man out of time, who mistakes Dancing Queen for a hymn, and whose only touchpoint of modern culture is an Austrian TV show about a crime-fighting Alsatian.

Meanwhile Bergoglio is a man of the people, who loves football and whose humility is matched only by his sense of humour – a stark contrast to his predecessor. 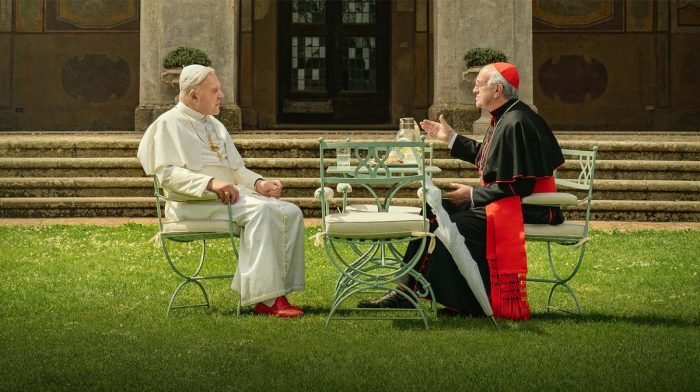 There is one moment where The Two Popes threatens to do something different, when the narrative begins to explore the relationship between religious faith and morality both by examining Bergoglio’s complicated history with Argentina, and Ratzinger’s failure to fully address the scandals in the church during his primacy.

The two men seek absolution for these failures, which the film is happy to grant them by the end before Ratzinger renounces his position in 2013, and Bergoglio is subsequently elected to become Pope Francis, but nobody is really held to account.

The slate is wiped clean with both men forgiven as being ‘only human’. Given the very real problems that the Catholic Church has caused for so many, it’s a forgiveness which doesn’t feel wholly deserved. 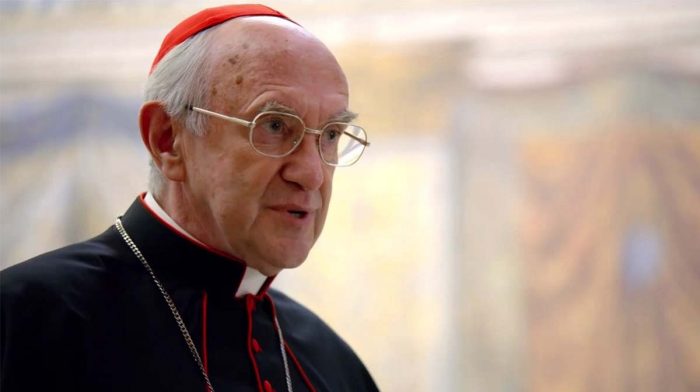 The Two Popes feels like an opportunity wasted to get under the skin of two men who have held an office revered by more than a billion people around the world.

The Catholic Church has come under more deserving scrutiny in better films before this, most notably in 2015’s Spotlight.

In comparison to that film, The Two Popes’ inability to challenge the church on its past deeds is unforgivable, and only the central performances of the film’s leads are its saving grace.

The Two Popes will hit Netflix in the UK on 20th December.