It’s been 20 years since the theatrical release of cult classic American Psycho.

Part thriller and part pitch-black comedy, American Psycho remains shocking and surprisingly relevant, but it can also be extremely divisive among film fans. 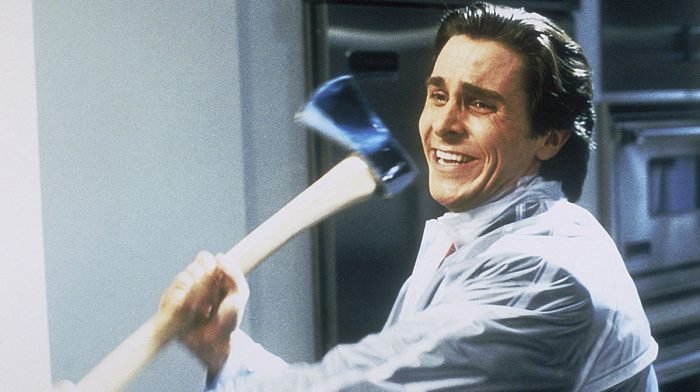 And one of the things people disagree on, is whether Christian Bale makes the film. Although not new to the big screen, his performance as Patrick Bateman firmly established him as a big player in Hollywood.

The performance is a spectacular one, but it isn’t without its critics.

Fans of the book were disappointed by the comical slant the film took, but that neglects the brilliance of showcasing the introspection, conformity, lusts, and self-hatred of the title character. 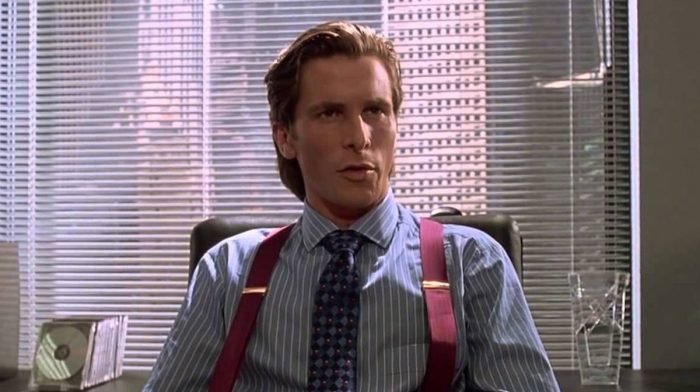 Although Brad Pitt, Leonardo DiCaprio, Johnny Depp, and Ewan McGregor were all set to play the role at different points in its turbulent production, Bale finally landed the part and knocked it out of the park.

One of the most cited facts about his preparation for the role was seeing Tom Cruise being interviewed on The Late Show With David Letterman.

Bale phoned the director and said that was the way to play the part, saying that Cruise had “…this very intense friendliness with nothing behind the eyes”.

Cruise actually appears in the book, living in the same apartment block as Bateman. 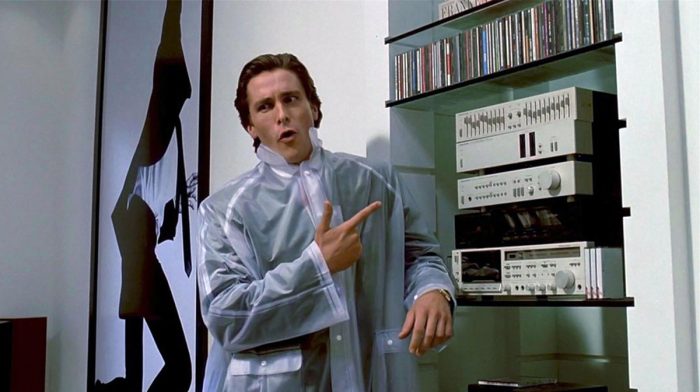 With a budget of $8 million, Lionsgate certainly made some serious bank on the film, but many people question just where that $8 million was spent.

It’s certainly not a film that reeks of cost, and it’s a surprise to find out that most of the budget was spent on the soundtrack. Songs by Huey Lewis And The News, David Bowie, and The Cure cost a lot of cash.

There is a persistent myth that Huey Lewis personally rejected the use of Hip To Be Square, but the fact is that the soundtrack to the film was simply released before the publishing rights had been 100 per cent finalised.

Of course, the music in American Psycho is vital to the story, so it was money well spent. The scenes of Bateman discussing how the most commercial songs of otherwise classic and talented musicians are their finest works is both hilarious and painful. 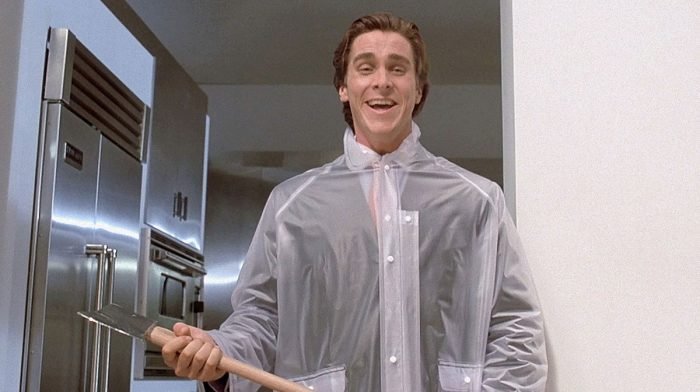 So why does American Psycho still hold up so well? The story of a psychopathic ‘everyyuppie’ in the ’80s shouldn’t have much to relate to in 2020. Yet, the film is ultimately about identity, and that’s always going to resonate.

Bateman isn’t a human character, but is instead a representation of the nothingness of consumer culture. That’s a particularly relevant character today.

He is indifferent to art, but has to have it. He has no originality other than possessions, and his life is nothing without capitalism and the nihilistic accumulation of products. 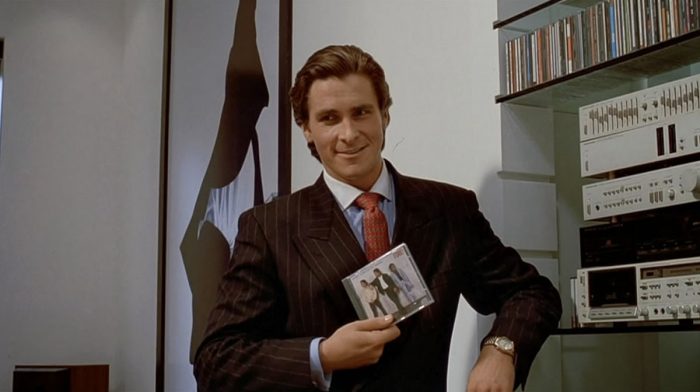 It’s the ending of the film that most divides fans and critics alike. The ambiguous finale suggests that some, if not all, of the murders that we’ve seen Bateman commit were nothing but figments of his imagination.

While there are arguments for both interpretations, either Bateman as a serial killer or just someone with a dark imagination, the debate is largely irrelevant and misses the point of the film.

The discussion isn’t about whether he murdered anyone, it’s about the fact that he lives in such a world where he could.

Greed and corruption are so prevalent in the movie that even Bateman’s spiral into insanity is invisible to those around him because his outward appearance of wealth and high status excuses his actions. 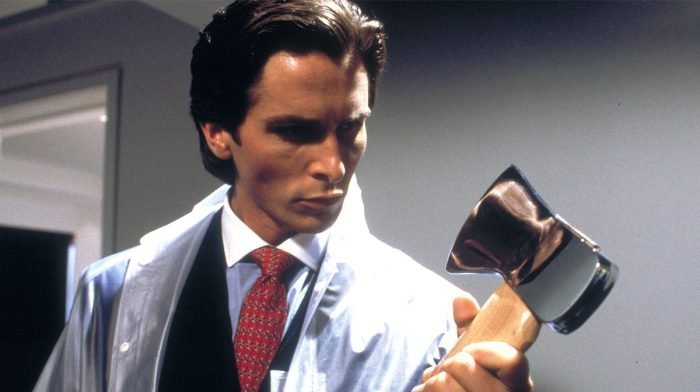 Consumption culture, as well as the ability for the wealthiest people to get away with the most disgusting of crimes, is just as relevant a story to tell in 2020 as it was in 2000, and maybe even more so.

The wealthiest one percent really can get away with murder. The link between murder and narcissistic materialism isn’t that much of a stretch these days.

American Psycho works so well as a film because it takes that dark message and flips it into the darkest of comedies. It wasn’t the biggest or the best film released in 2000, but American Psycho is a movie that is always going to be entertaining to watch, and every fresh viewing brings something new to discover.