Director Agnieszka Holland’s griping drama Mr. Jones hits UK cinemas tomorrow, starring James Norton (Gareth Jones), Vanessa Kirby (Ada Brooks) and Peter Sarsgaard (Walter Duranty) in a story about journalism, the search for the truth and the horrors of the Holodomor – the man‐made famine that devastated Ukraine in the winter of 1932‐33.

Zavvi spoke to director and Polish filmmaking icon Holland about the importance of truth, Norton’s excellent performance, and the perils of filming in Ukraine in March. 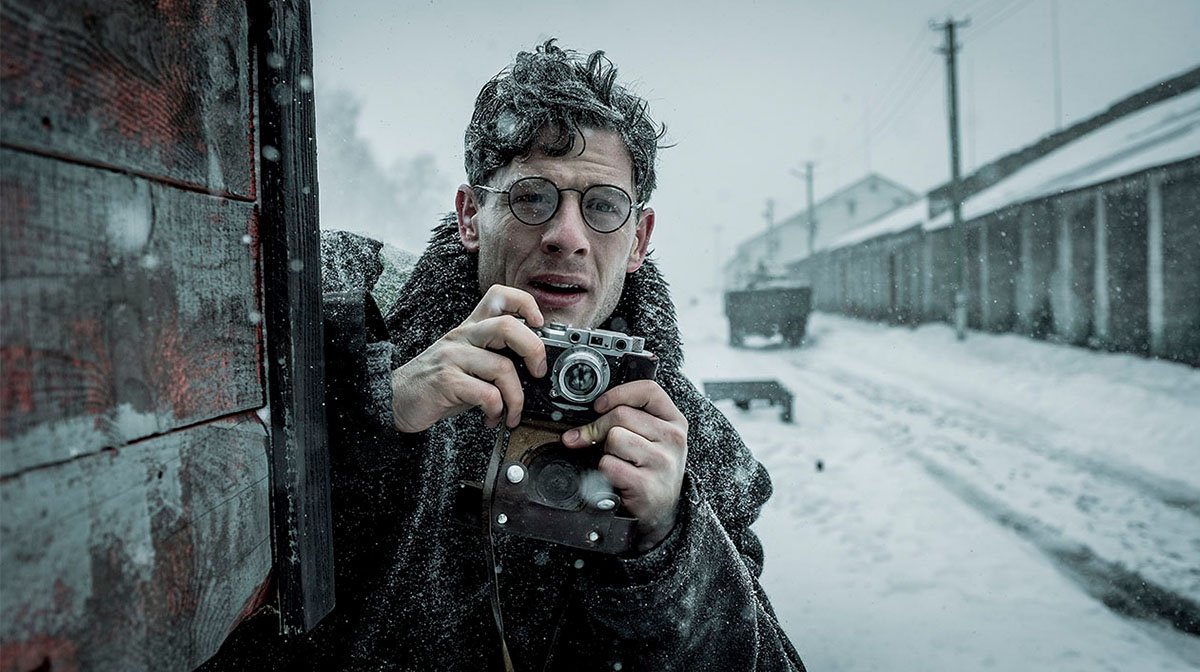 Zavvi: First of all, we really enjoyed Mr Jones. You have said that we ‘don’t lack corruptible conformists and egotists, we lack Orwells and Joneses’.

Is there anyone you see at the moment who is trying to do the same thing Mr Jones did in the film? Trying to hold power to account?

Holland: I think you have journalists over the world, especially in countries where the regime is oppressive, who try to uncover the truth even under great risk. There are plenty of courageous ones, and I would like to pay tribute to them. 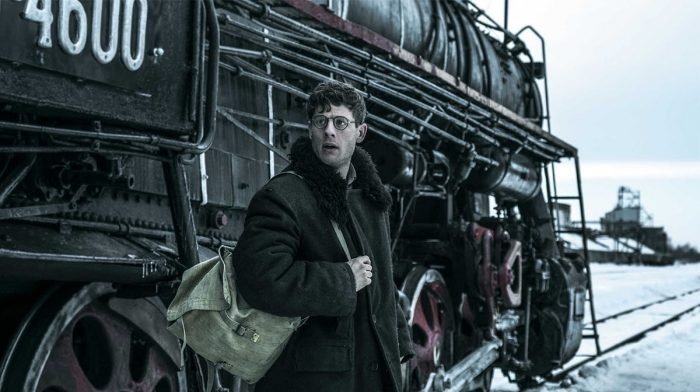 Zavvi: With regards to Norton’s performance, he captures this determination and confidence in his own truth, from what he’s seen. What drew you to him as an actor?

Holland: James is very conscientious and wise, an intellectually developed actor who is thinking about the role a lot.

We’d been discussing the character, and we knew from the beginning that actually we [don’t have that] many elements. He was a bit nerdy, he was quite British, a bit shy, but at the same time insolent, curious for sure. [He was] well educated, and didn’t do things which were totally extravagant.

It’s not such an easy character to play, and we were aware that we needed to show the subtle ways he changed after and during his Ukrainian trip, when he suddenly [witnesses] the human tragedy. I really like that James found very minimalist means to express it. 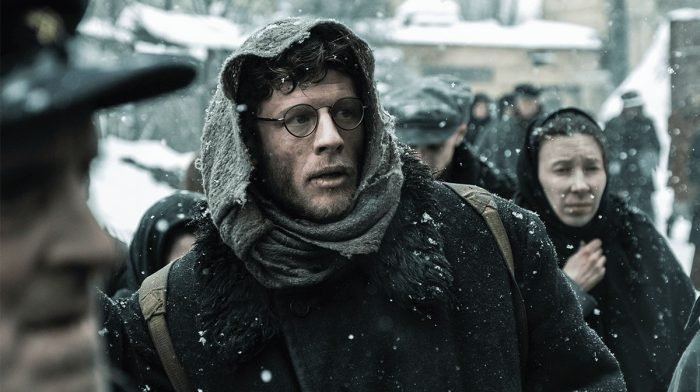 Zavvi: When he goes to Ukraine it almost feels nightmarish. There is a bleaching of colour, focusing on the black and white of the landscape. Why did you decide to film it in that way, and do you think it makes it more powerful that it is just showing the horrors on screen, without anything to distract you?

Holland: The concept was born after we came onto the set because when we were location scouting, the weather was totally different. Only patches of snow here and there, and the colour of the landscape was like yellowish, brownish dead grass. We actually had prepared for the possibility of having to use artificial snow!

Then when we began shooting last March – which was the same period when Jones made his journey ‐ the weather was supposed to be pretty mild: no snow and the temperature around 10‐14°C. 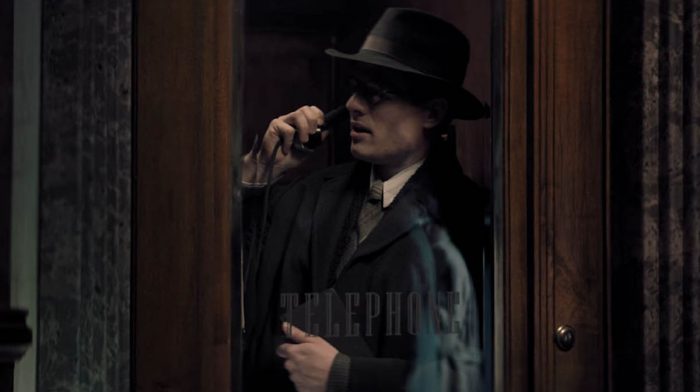 But when we arrived it was totally different. The snow was so high I was unable to walk ‐ I’m pretty short – and it was ‐15/‐20°C. And the landscape was black and white.

We knew from the beginning, if you are dying in your house, in your bed, often loneliness, emptiness, and silence is the main cry of despair. We tried to follow this feeling.

And James as Jones, he is somehow thrown into the situation. It’s really something he didn’t expect. He’s coming from the crowded city,[and] we wanted to express that through those contrasts. 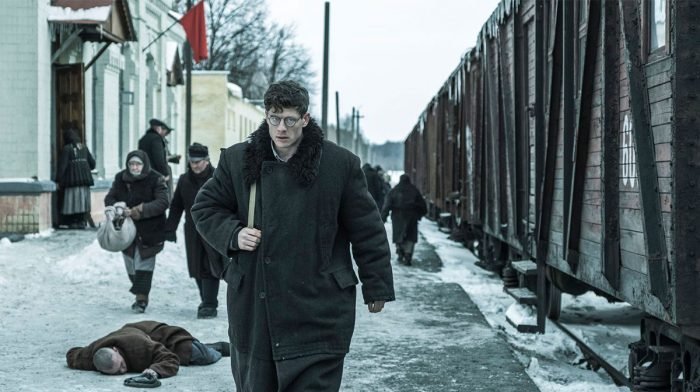 Zavvi: I was quite struck by the scene where the children sing for him. Was that an actual song from Ukraine, or was it written for the film?

Holland: We found it in the archives. [There were] several versions of those rhymes, which were authentic rhymes created during the Holodomor by anonymous people. Several versions of words were preserved, but the melody was not, so our composer Antoni Komasa‐Łazarkiewicz, [came up] with this kind of the rhyme, with the chant, and he was inspired by Ukrainians and the folk music, but even more by the character of the lyrics.

He came to the set and practised the song [with the children we had cast]. I realised, we’d been shooting something in the forest, and he was practising with the children one mile away, through this distance the song was coming to us. It was so powerful, and so chilling and touching that I decided to give it quite an important role in the movie. 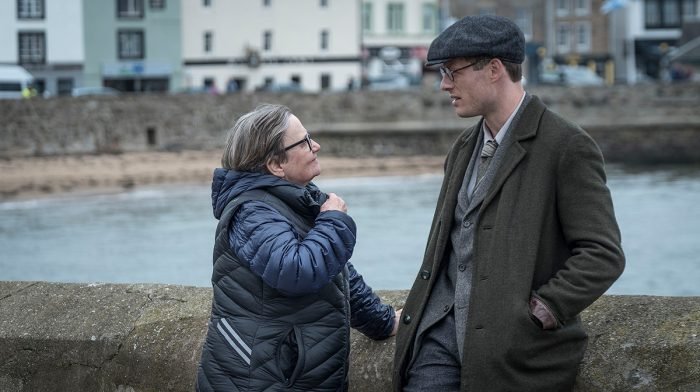 Zavvi: During the scenes where Jones returns to Barry in Wales, and he’s with his father, he speaks Welsh. What led you to include the Welsh language, because it’s not one that is often used in major productions outside of Wales?

And actually, in the first version of the movie, we had more of the Welsh scenes, which I cut out with regret because they were lovely, but the movie was too long and we had to make some choices.

But it was important to us to have this note of authenticity, and as much as possible, I cast Welsh actors for Welsh characters. 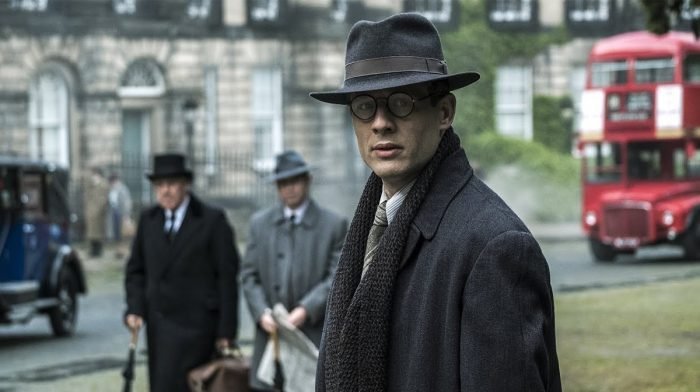 Zavvi: Much is made of the duty to tell the truth in the film, and many of your movies, including In Darkness and Europa Europa, they have focused on the stories that have emerged from horrific events. Do you see the role of cinema to be that they tell the truth?

Holland: Yes, it means I feel the difference between documentary and feature films. I feel documentaries have to be accurate in every fact, and features gives you some space for fantasy, imagination and composition of facts.

But what is really important is the inner truth, the spirit of the truth that [cannot] be betrayed. It means I cannot imagine doing a movie which denies the complexity of the human nature, and to do something as a tool of propaganda, which I will not do.

Mr Jones. will be released in UK cinemas 7th February.

Rose is a freelancer film journalist with an interest in feminist and multilingual cinema. She is currently a staff writer for Film Inquiry and also has written for Little White Lies, Screen Queens and Much Ado About Cinema.