Spider-Man: Into The Spider-Verse was a rare treat. Following its massive critical boom and adoration from viewers in 2018, we’re finally, and thankfully, catching wind of a brand new sequel to take us through the multiverse once again.

The sequel was officially announced in a short video that flicks through variations of the spider that Miles Morales comes to spray on the chest of his spider-suit in the events of the first film, shown in different colours and styles.

Posted both by the official Into The Spider-Verse Twitter page and by writer/producer Christopher Miller to his personal account, the film’s release date was also revealed.

Diaries out everyone: the film’s official release date is 8th April 2022. You’re right, that is a while to wait, but comparatively, it’s not as bad as it could be.

Speaking to the LA Times, Miller and his co-producer/writer Phil Lord revealed that it took 800 people four whole years to make the first one due to its intricacies.

So far there’s very little that is confirmed, however, fans have predictably put their heads together in an attempt to identify who the logos seen in the teaser belong to. So, let’s peep at what could be next for the Spider-Verse. 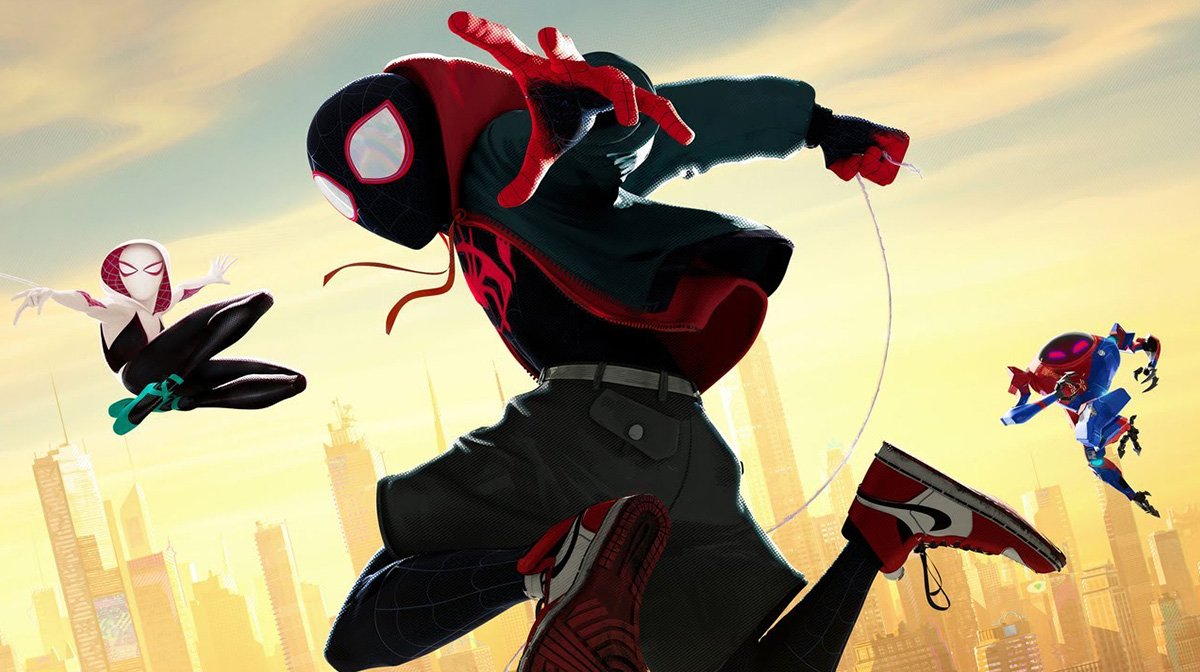 According to IMDb, Joaquim Dos Santos, known for his work on Avatar: The Last Airbender and The Legend of Korra will be helming Into The Spider-Verse 2 as director.

He will be joined by writer Dave Callaham (writer for the upcoming Wonder Woman 1984 and Shang-Chi And The Legend Of The Ten Rings), and returning producers Avi Arad, Lord, Miller and Amy Pascal. 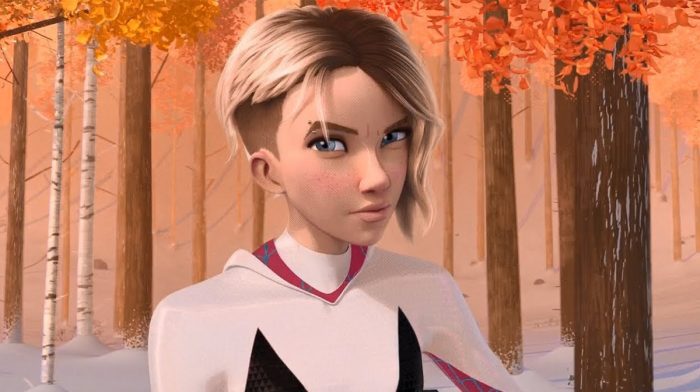 Right now, there’s very little confirmed regarding the return of the main cast of spiders we got to see on their romp in the first film, however it’s safe to assume the return of Shameik Moore’s Miles Morales, and Hailee Steinfeld’s Gwen Stacey.

We’d love to assume we’d see the rest of the team, but the story has become a focus on Miles, and most likely his relationship to come with Gwen now that his training with Jake Johnson’s Peter B. Parker has completed.

Kathryn Hahn is expected to return as Olivia Octavius (Doc Ock, to her enemies) and is set to have a bigger role in this sequel. 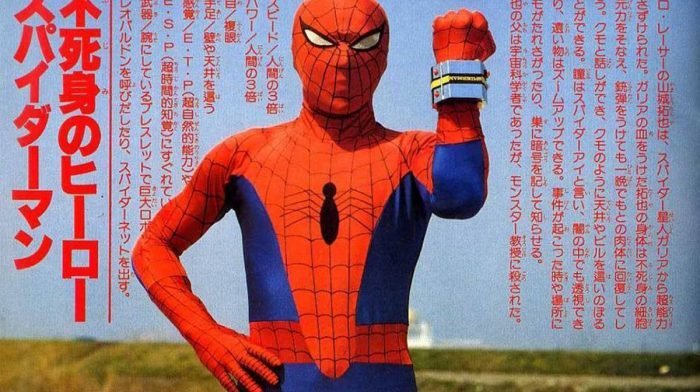 Interestingly, as more popular Spiders have been speculated, the biggest buzz has surrounded a pretty obscure one.

Takuya Yamashiro, better known as Supaidaman, is a 22-year-old motorcycle racer whose space archaeologist father is killed investigating a crashed UFO, and upon searching for the means that killed him, Takuya discovers a dying alien on the ship from Planet Spider, who injects him with his alien blood, granting him his spider-like powers.

No, this is not a joke. And, unlike the other spiders that have been predicted, Takuya is confirmed to have been designed for the film by Lord. Expect absurdity akin to John Mulaney’s Spider-Ham. 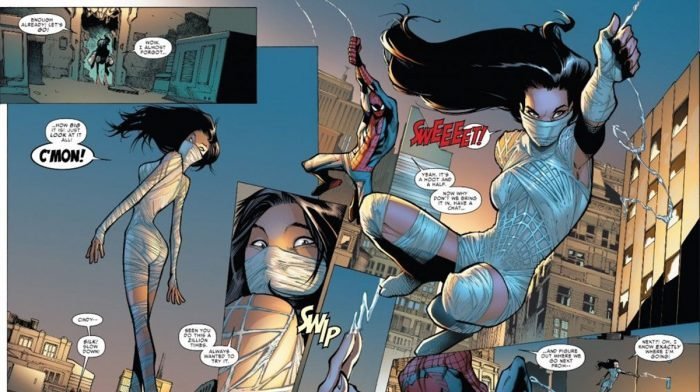 One that Lord and Miller have said they’d like to see in future films is Cindy Moon, who is known by her alias Silk.

Bitten by the very same radioactive spider as Peter Parker, Cindy is endowed with different powers.

She has organic webs, but lacks the power to control them, and she ends up locked inside a facility by Ezekiel Sims to protect her and other spiders from villain Morlun. High school reunion with Peter B. Parker, perhaps?

Yet another one pined after by Lord and Miller, Hobart Brown is the punk-inspired spidey who is a homeless teenager, transformed by a spider irradiated by the toxic waste dumping of President Norman Osborn.

Fit with mohawk spikes and a denim jacket over his spidey-suit, in the original Spider-Verse storyline, he kills Osborn by bashing him with his guitar, then unmasking himself to the developed crowd as the saviour who ends the corruption of the president. Rad. 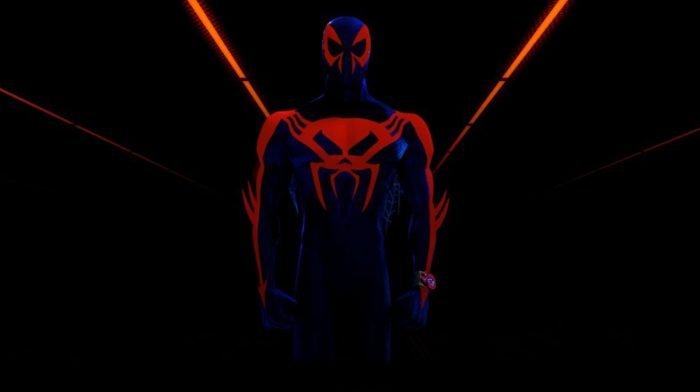 He makes an attempt to re-create the abilities of the original Spider-Man, but in the process accidentally rewrites half of his own genetic code with that of a spider’s.

His adventures, including that of the post-credits sequence, are aided by Lyla, his holographic artificial intelligence. This could lead to some interesting tech-based tomfoolery, and an intriguing dynamic with fellow future-dweller Penni Parker, should she return in the sequel. 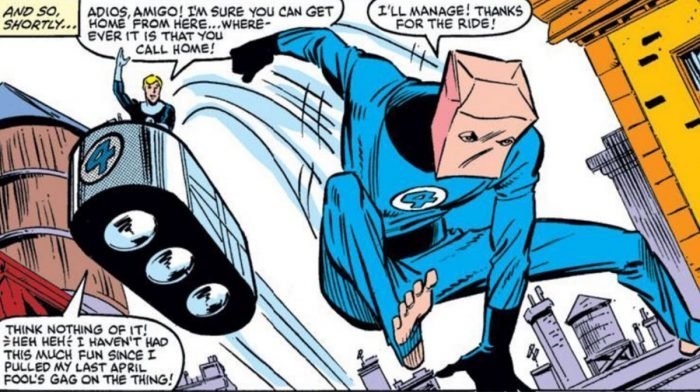 We’re in the big leagues now, folks. It would seem a long shot, but Miles’ logo strewn on what seems to be a paper bag in the teaser gives validity to his predicted inclusion.

By The Human Torch’s mercy, Peter is lent a spare old Fantastic Four costume with no shoes, which he dons with a loose brown paper bag for a mask and a ‘kick me’ sign on his back courtesy of Johnny Storm, thus birthing the hero Peter dubs The Bombastic Bag Man. 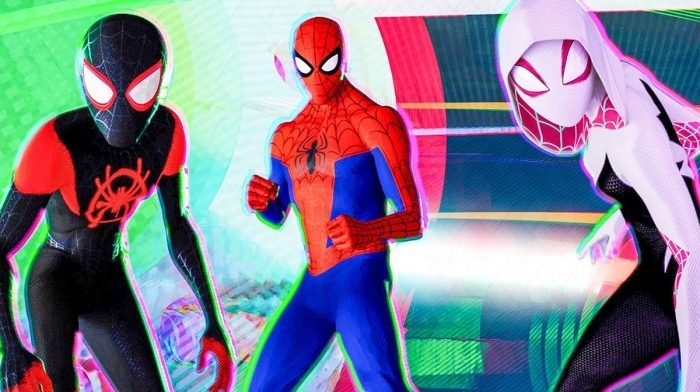 This is all we know for now, and considering the open-ended way the first film ended, the movie could truly go in any direction. It’s all to be seen for now, but we can’t wait to follow Miles and company and return to the Spider-Verse.

Spider-Man: Into the Spider-Verse 2 will arrive in cinemas 8th April 2022.