Keanu Reeves is reportedly in talks to join The Eternals, the newest franchise in the Marvel Cinematic Universe (MCU).

A source told MCU Cosmic, the John Wick actor is in early negotiations to join Angelina Jolie and Kumail Nanjiani in the upcoming movie.

The studio is yet to comment on the rumour, but MCU Cosmic describe their source as ‘reliable’.

He’s not signed yet and this is all still early, and I don’t know what role he’s being considered for. I usually don’t bother with casting scoops, but given this source I’m confident in putting this out there. Again, it’s still early and sounds like negotiations are pretty recent.

The actor has appeared in a comic book film before, starting as the titular character in 2005’s Constantine.

Reeves also allegedly turned down a role in Captain Marvel due to scheduling conflicts with John Wick: Chapter 3 – Parabellum.

Charles Murphy, from That Hashtag Show, shared the revelation on Twitter earlier this year.

If not for John Wick 3, he’d have been Yon-Rogg. He was set to take the role and then, when he had to drop out, they moved SUPER QUICK on Jude Law.

If not for John Wick 3, he'd have been Yon-Rogg. He was set to take the role and then, when he had to drop out, they moved SUPER QUICK on Jude Law. https://t.co/n73WZML7li

Although Marvel is currently keeping quiet about what’s next for the MCU after Spider-Man: Far From Home, The Eternals is thought to be the first major instalment.

Created by legendary comic book writer Jack Kirby, the Eternals are immortal and ancient aliens created by the Celestials, designed to defend Earth from threat.

Chloe Zao will direct the movie which starts filming this year. While no release date has been announced, it is highly likely it will be one of the nine currently untitled Marvel movies which have been scheduled between 2020 and 2022. 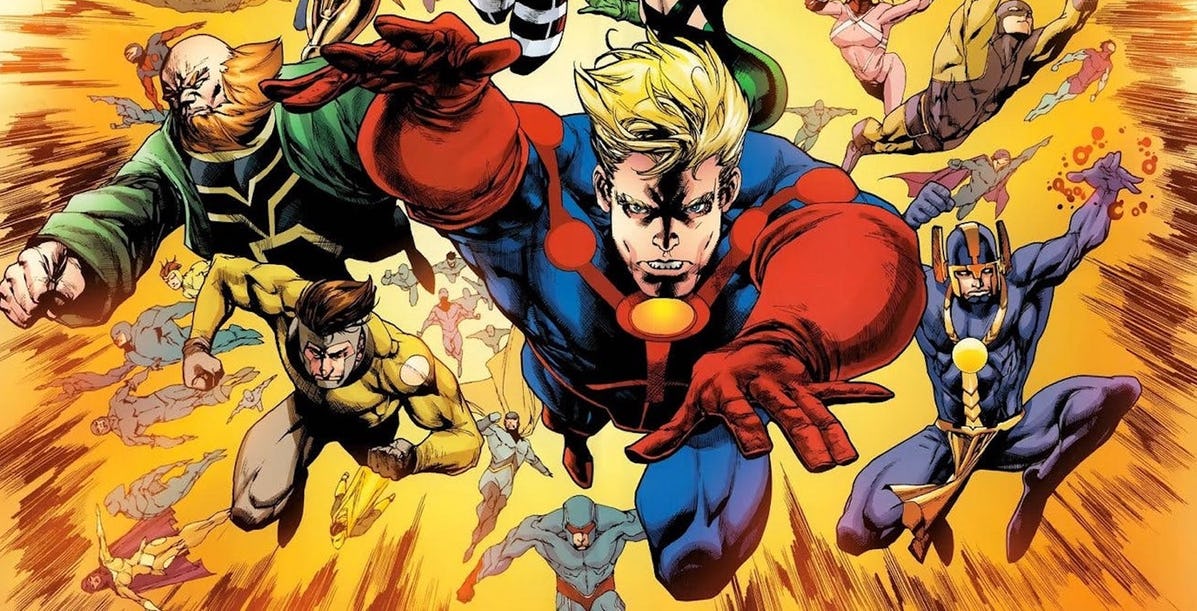 Jolie is thought to be playing Sersi, a key member of the Eternals who enjoys the company of humans, making her different to the rest who tend to avoid contact.

Game of Thrones‘ actor Richard Madden will supposedly take on the role of Ikaris, one of the most powerful Eternals.