It has been 10 years today since the release of Neill Blomkamp’s District 9, a science-fiction film whose popularity has only grown since, becoming a highly regarded movie in its genre.

One of the reasons it’s so well-liked is because it appeals to many for varying reasons. Running through its veins are several themes, from ideas about racism and segregation, to building human connections and conspiratorial government tactics.

And that’s all on top of its embrace of some good old fashioned science-fiction mainstays, and even a little sprinkling of gang violence. 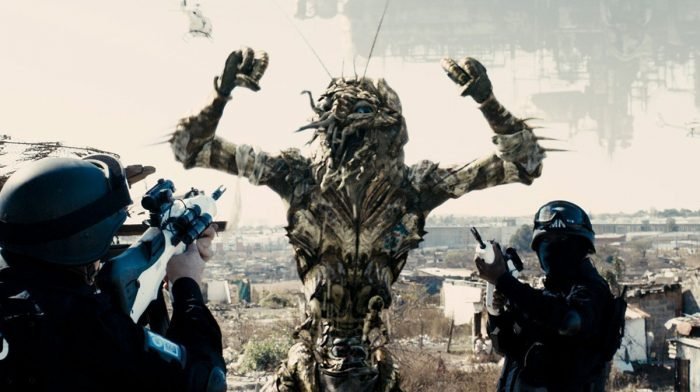 To celebrate the anniversary, I have revisited the movie which I haven’t seen since its initial release. And I have to say, a decade down the line it has aged really, really well.

This is even true when looking at the huge amount of effects the film features.

There are a few things, namely the metal battle-bot seen in some detail in the third act which wouldn’t pass muster now, but that’s forgivable for a film in which the majority of the cast were created in CG and still look good 10 years on. 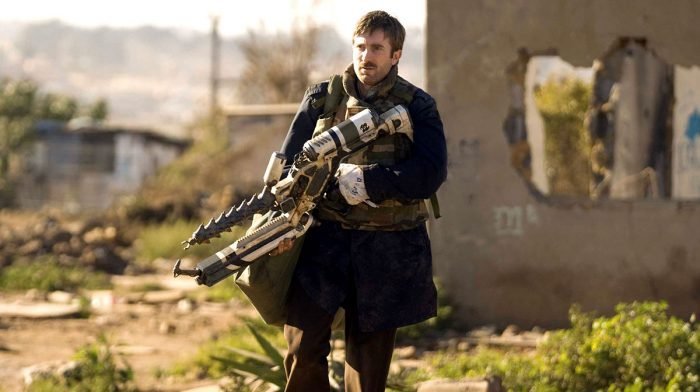 While the documentary/news report style of District 9 is a bit of a product of its time, it’s a style that actually helps sell it 10 years later.

And the heart of the film’s narrative and its running themes of displaced communities and migrants seeking safety both mean that District 9 is as poignant now as it was in 2009.

But what I was after with my re-watch was something else. I wanted it to be more poignant and more relative today than a decade ago. And as such, I found myself analysing every little thing in the movie, to see what parallels I could draw to events appearing in news coverage today. 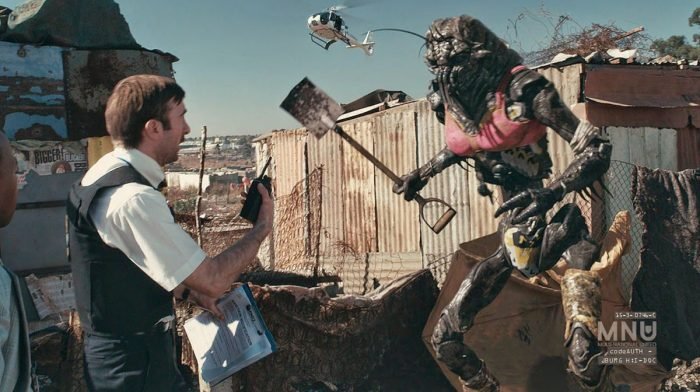 Of course the basis of District 9’s ideas about segregation and racism come from the famous District 6 community in South Africa and the country’s apartheid. It also elicits sympathy for many communities that have been the subject of prejudice throughout history.

But these themes, while the big talking point when the movie came out, are actually only really explored in the first 30 minutes or so of District 9’s 120-minute running time.

Once the world is established, it asks us to just accept that this is how the aliens are treated and needs us to be comfortable with that for the narrative to move along. 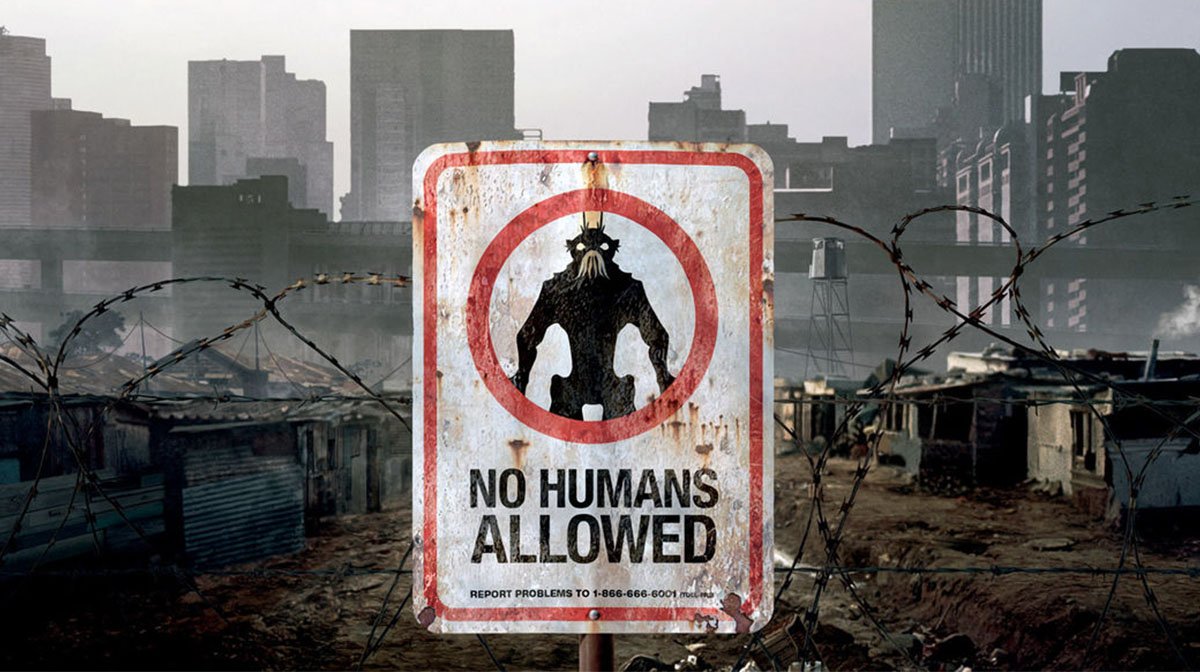 However, that meant I didn’t find what I was looking for. I didn’t feel as though the themes of segregation and racism were more poignant for viewers today because, as an audience, we experience political, cultural and current events very differently to how we did a decade ago.

Of course news programmes have always been put together by editors or producers wanting to tell a story. But nothing like we’re seeing in 2019.

We’re living in the age of misinformation, fake news and increasingly believable deep fakes, all of which would make District 9’s news elements an important theme in their own right if the film was produced today. 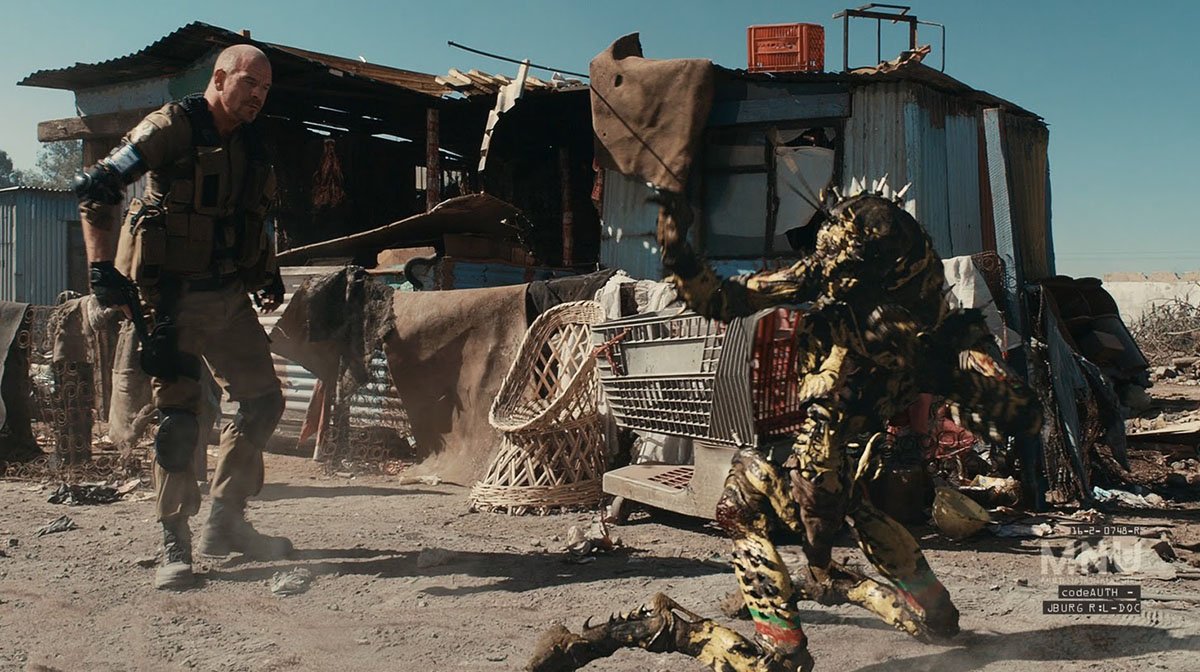 So with that in mind, I feel now isn’t the time to revisit the movie to look for new meaning. Instead it’s time to continue the story of District 9.

And not because I want to see what became of Wikus, the final sequence of the movie gives us a pretty good indication of that, but because there is a lot that can be explored through the lens of 2019.

We know that aliens in their millions were moved from District 9 to another location, and by all accounts we know it wasn’t going to be good for them when they got there. Their new home is in fact something that Wikus, who has knowledge of their realities, called concentration camps. 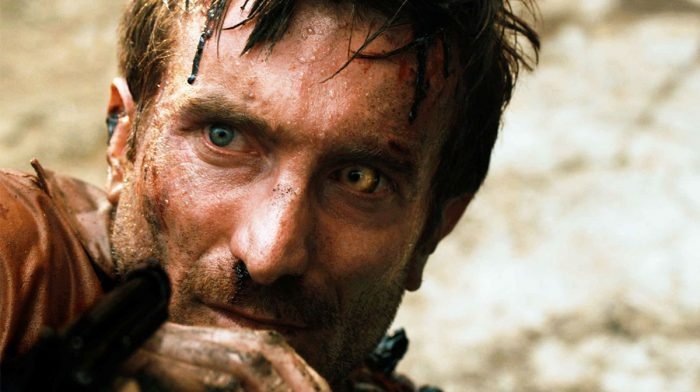 The interesting notion of producing District 9, or a follow-up I’m naming ‘District 2019’, is all about a movie that explores how events as portrayed to us now.

Today we wouldn’t be shown unedited news footage of the realities of the situation in order to make our own judgements. Instead audiences would be fed a carefully curated version of events that reflect the thoughts and feelings from inside our own echo chambers.

If you’re an uber-conservative, the aliens would probably be presented as menaces, here to take our resources. While an overtly liberal crowd might invite images of aliens being the victims of any segregation.

These opposing views would be shouted about between the two camps just to make sure everyone has their own ‘hot take’ on how the aliens’ behaviour warrants intervention from the rest of the world. 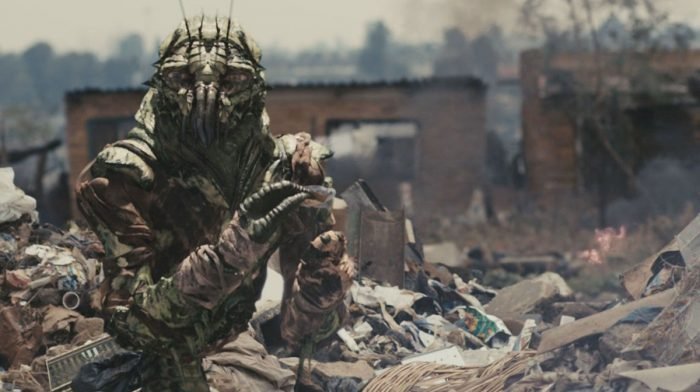 All of this is a symptom of social media and the digital platforms that we use every day. They mean everything we see, say or think is recorded.

It also can, and will be used against us. For something that presents themes like racial segregation, this is a really interesting starting point for a follow up to District 9.

So as we hit a decade since Neill Blomkamp introduced us to a world where aliens are the new ‘aliens’, I’d love to see an exploration of how modern cultural and political events are shaped by politically-motivated storytelling. So if you’re reading this Mr. Blomkamp, get to work.

What do you think? Let us know on social media.

Martin's love of films started after watching Twister on VHS on repeat at his grandmother's house. A Marvel enthusiast, Netflix worshipper and Disney fanatic, Martin thinks far too much about TV and movies and then writes about them and the impact they have on us.