Judy And Punch, a darkly comedic reinterpretation of the Punch and Judy show, hits UK cinemas this week after taking the BFI London Film Festival by storm.

Mirrah Foulkes, the film’s writer and director, spoke to Zavvi about making her first feature, and how she adapted the iconic puppet show for today’s audiences. 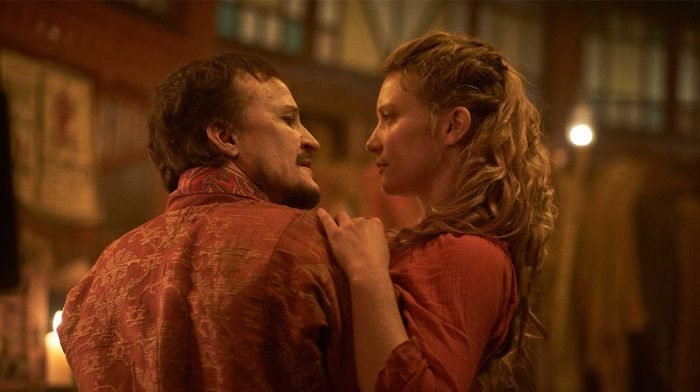 Zavvi: Congratulations on your first feature as a director! Is that exciting to talk about, or is it daunting to go to audiences and say ‘here’s my film?

Mirrah: It’s pretty terrifying to be honest! I’m genuinely fascinated about how people will respond to the movie, but talking about it is really scary. It’s so funny because I deliberately set out to make a film that was very unique and confronting at times, and it was potentially going to be divisive, which is very much my intention, but at the end of the day you realise you have this massive ego and you want everyone to love it – that’s only human though.

I’ve been travelling to different festivals since Sundance in January, and the festival circuit is great because I feel like you get to engage with a really film-literate audience. I love talking to people after screenings and getting a genuine sense of what they thought about it. 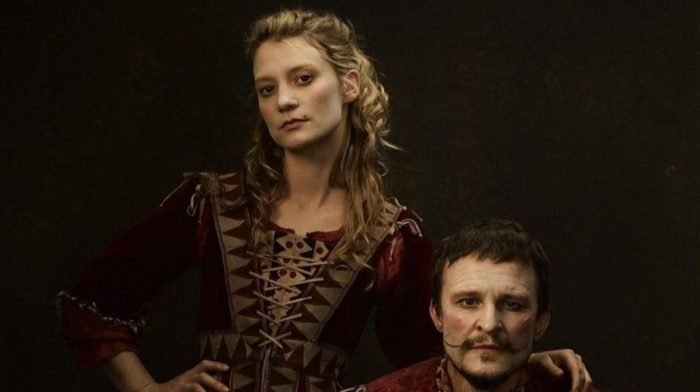 Zavvi: What have you found has been the reception so far from those audiences?

Mirrah: You can never quite tell because I think people are more inclined to come talk to you if they liked it more than if they hated it. The reaction has been incredibly good though and I feel relieved, and surprised. The people who love it really love it, and people seem to be getting the movie in the right way. I just hope that the film resonates with people, hopefully next time around this won’t feel so scary.

Zavvi: The source material is an old-fashioned English seaside tradition, so as an Australian filmmaker, what was it about Punch and Judy that connected with you?

Mirrah: Strangely the project came to me via a bunch of Americans at Vice, who I developed the film with, so it wasn’t something I had this burning desire to make initially. When I started digging into the historical elements of the story I became more and more fascinated with how long this particular tradition has been going, how connected people are to it, and how absurd it is in a lot of ways.

I wanted to make the story work as an allegory or fable, and to consider how we look at those historical pieces and how they might still be relevant today. It wasn’t by any stretch what I thought my first film would look like, but I managed to find a way to make it very much me. 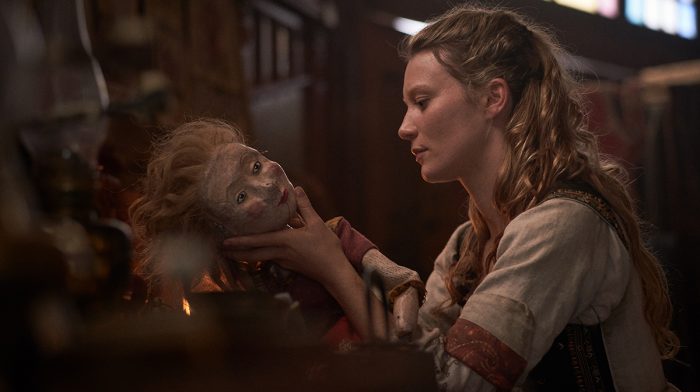 Zavvi: The film has this grubby 16th/17th Century aesthetic; was that what you wanted from the beginning?

Mirrah: It wasn’t, I decided about six months into the writing process that I wanted to make the setting historical. I wanted to turn the film into a fictionalised origin story – that was the way I was able to make it make sense to me.

I knew that I wanted to make something very bold and not feel like anything else, the colour and texture of the world just came out naturally. I didn’t think too hard about it until I started to consider how we were going to translate what was on the page onto the screen, then that became a real challenge. 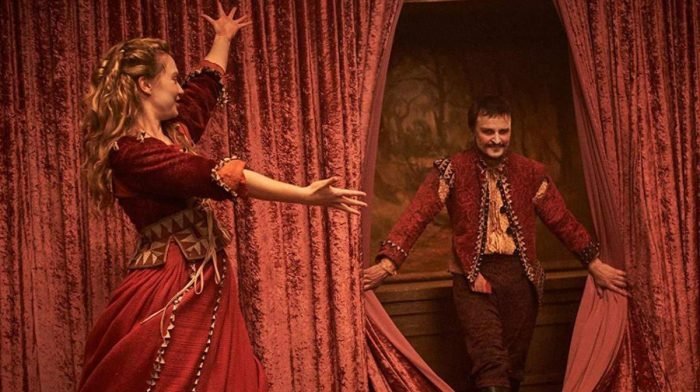 Zavvi: There are some quite shocking moments in the film. Was there anything in the that you felt might be crossing a line?

Mirrah: There were some things that felt like a risk. These things can happen on stage with puppets, but when you transition them into live action they become much more shocking and terrifying. I mean, we know it’s not real, but you can get away with the most horrific, violent stuff when you present it with puppets to an audience of children.

I knew there were moments where I was playing with tone that felt kind of risky, but I was interested in toying with this idea of asking an audience to laugh at something which on paper really isn’t funny, and then be quickly taken into a different tonal place immediately afterwards. 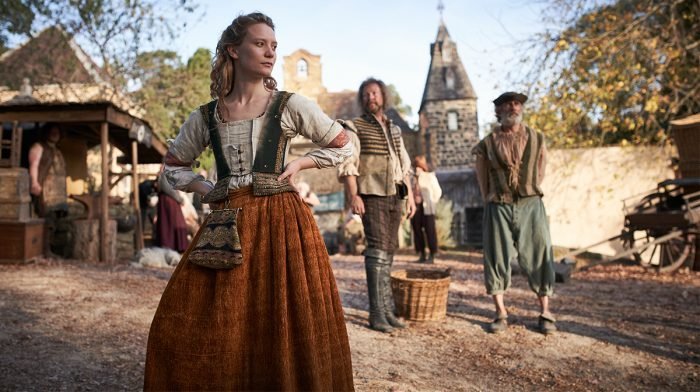 Zavvi: On the dialogue, and given the heritage of the puppet show, did you consider capturing the show in its theatrical spirit, or aim for something a bit more modern?

Mirrah: The thing I love most about writing is the dialogue, I love playing with language and I think that’s what drew me to acting as well. My interest in language and literature came at drama school when I started reading plays and poetry. I really enjoy putting strange words and phrases into people’s mouths.

When I started writing this there was a point when I thought it might be entirely in rhyming couplets, but I decided not to, and instead used that more sparingly, such as when Punch is introducing the show at the start. That was the stuff that was really fun for me: seeing how much I could get away with while keeping everything cohesive.

Zavvi: When adapting a show with such a loose structure, how did you settle on how to fit that into a straight narrative?

Mirrah: Cracking the story was really difficult for me. What I wanted to do was a classic hero story, though the film isn’t classical structurally. I wanted to lean into the size and silliness of the hero moment, almost as a satirical parody.

This was the first film I’d ever written so it was really tricky. I didn’t know what I was doing so I was frantically speed-reading a lot of Robert McKee books. I learned a lot about writing through the process but it wasn’t quick, and I didn’t do it the best way. I tended to do the fun dialogue stuff rather than get a structure down first, which left me going ‘what the f*** is this?’ 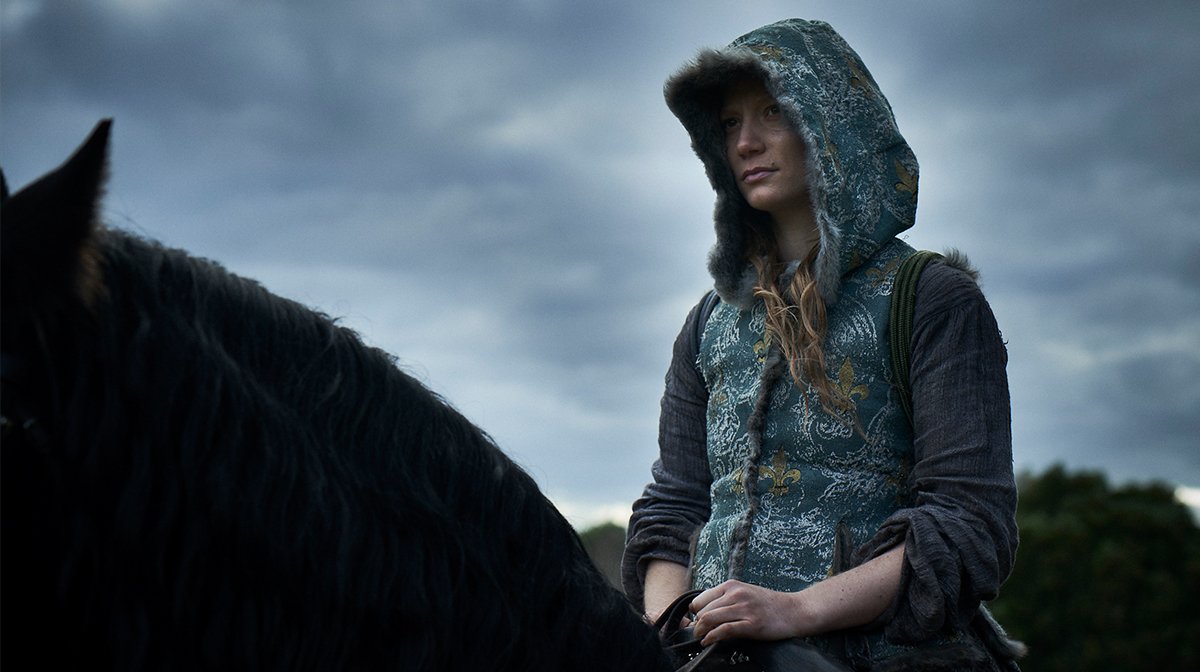 Zavvi: When Mia (Wasikowska, who plays Judy) and Damon (Herriman, who plays Punch) saw the script, how did they react to it?

Mirrah: Damon loves the movie, he fought so hard to get the role and when I saw his first audition I knew he was the right person for it. He absolutely adores it and gets the sensibility of the movie, and I think he’s really proud of it, he should be because his work is really amazing. He’s such a strong character actor so he gets a lot of smaller support roles and doesn’t get many leads, but he’s so delightfully childlike with his excitement, which is great. Mia’s really proud of the film too. She’s not often asked to do this sort of thing and it’s such a brave performance from her.

Zavvi: Was Judy’s path in the film always there, or was her quest for retribution ever planned to be less radical?

Mirrah: There were actually some differences of opinion about how her story should play out – some people thought it should be much more brutal. This is a dark messy violent world so I think it’s fine for this woman to be dark, messy and violent too.

You know, I had people at one stage give me feedback to write Judy like a man, which I found really offensive – she’s a woman and she’s gonna do what’s truthful to her. I think for a lot of people it’s uncomfortable seeing someone as gorgeous as Mia enacting vengeance in the way Judy does in this film, but I do believe it’s fitting.

Zavvi: It’s interesting that you call it vengeance, could it also be seen as Judy getting justice?

Mirrah: Definitely, I think vengeance has a connotation of rage and bitterness which I guess is also there, but there’s also a righteousness to Judy; she’s been pushed around for so long that it’s time for her to right this wrong.

Judy And Punch will be released in UK cinemas 22nd November.