At the heart of the Star Wars universe, between the lightsabers, starfighters, Sith Lords, and Jedi Knights, is the Force. But beyond its power to makes things float, what actually is it?

And how, across three trilogies and four decades, has it evolved?

In the original trilogy, the Force is defined by Obi-Wan Kenobi as ‘an energy field created by all living things’, the source of a Jedi’s power and the means through which the galaxy is bound together.

Luke Skywalker’s journey centres on his path to understanding the Force, which will enable him to overthrow the Empire and bring balance. 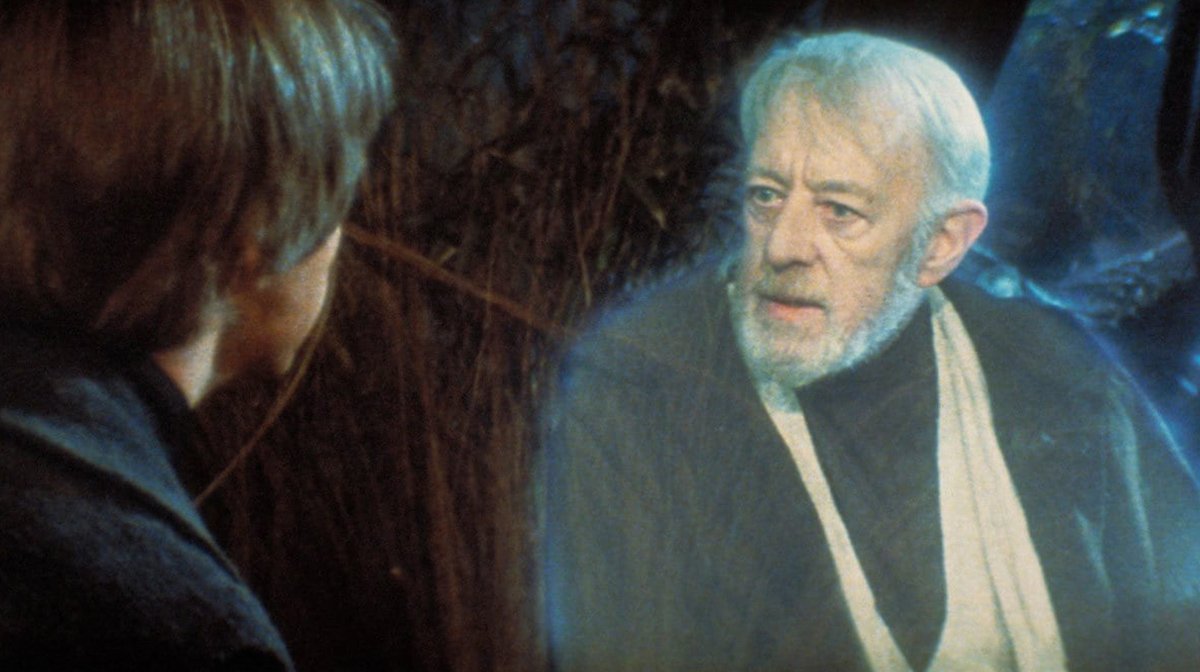 More than merely a plot device though, the Force is focused on in a religious manner in the original trilogy, explored through its polarising nature in the era of the Galactic Empire.

Obi-Wan is so sure of his faith that he sacrifices himself for the continuation of the Light in Luke.

Scoundrel Han Solo on the other hand, all too familiar with the physical force of the Empire, dismisses the notion of an omnipresent energy field – ‘hokey religions and ancient weapons are no match for a good blaster at your side’.

On the Dark Side, Lord Vader and Emperor Palpatine use the Force’s destructive capabilities to maintain a chokehold (literally) on the galaxy, reminding us how religion can be manipulated for good and evil. Who can forget the ‘I find your lack of faith disturbing’ as Vader suffocates Admiral Motti? 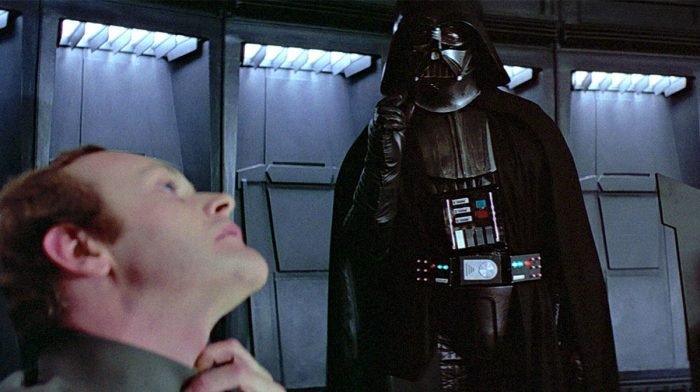 Across the original trilogy, religiosity in the Force can be found. In Empire, Master Yoda describes to Luke how ‘luminous beings are we, not this crude matter’. This suggests that alliance with the Force, like with a theistic God, allows one to grow beyond
their physical self.

When Yoda dies in Return, before returning alongside Obi-Wan and Anakin Skywalker, the notion of the Force as the path to a form of heaven lingers. And, of course, there’s the fact that the entire trilogy builds towards Luke and his father saving one another through their connection to the Force in scenes biblical in theme.

Luke believed his father could change, and he overcame the Dark Side of the Force in Empire by seeking the good within himself.

It is this overwhelming faith that inspires Vader’s change of heart as he overthrows The Emperor, ultimately at the cost of his own life. 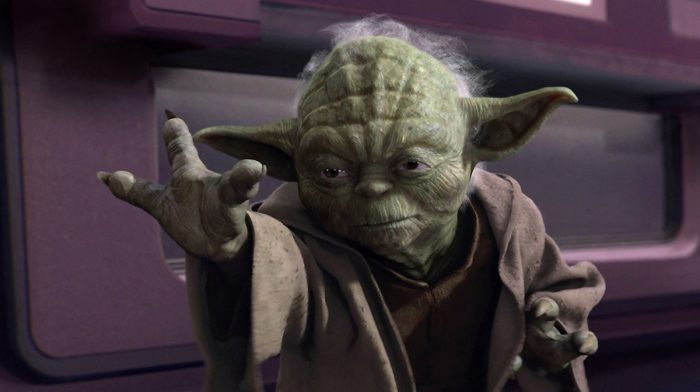 The original trilogy ends with Anakin salvaged from Vader’s bodily prison, saved by Luke’s love and by the Force’s divine influence.

Whereas the Force is depicted as a religious concept in the original trilogy, as a new era dawned both in the Star Wars franchise and in the world at large, the prequels saw science and faith intersect as George Lucas expanded the lore of his world.

They gave viewers a glimpse at the New Republic in its prime, a utopia of knowledge that couldn’t be further from the griminess of the Galactic Empire, and the war-torn planets left in its wake. 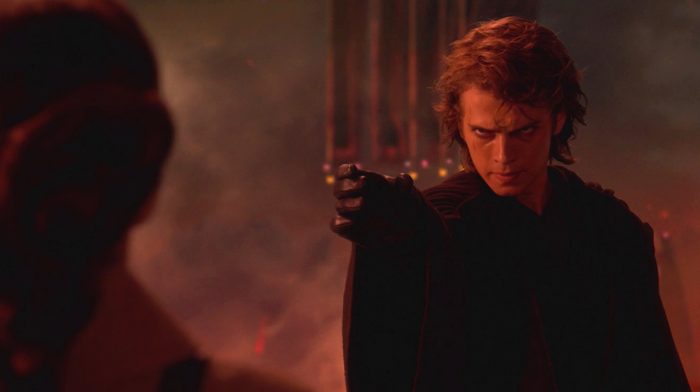 In times of ease, it is easy to favour science over faith, and as such the religious aspect of the Force is pushed to the side in the prequels.

In Phantom Menace, we learn of the much-derided but hugely important existence of midi-chlorians, an intelligent microbiotic life-form that communicates ‘the will of the Force’ and makes life possible.

The midi-chlorians provide a metric framework for the Force. Whilst the Force remains beyond science in many respects, by breaking down its biological source, an element of its mysticism is lost. 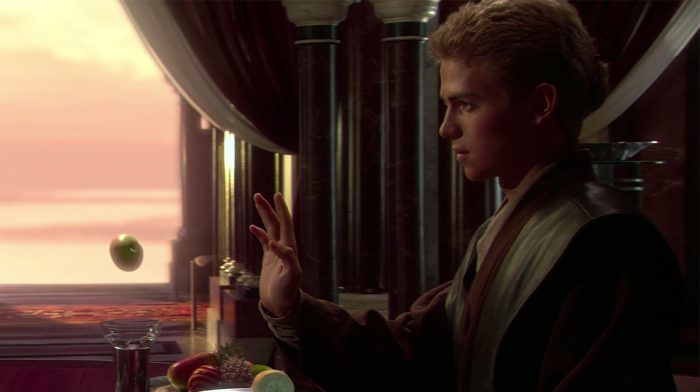 As the events of the prequels unfold however, the Republic’s decay makes it easy to see how the definitional sense of the Force is lost. As hope fades, so does trust in the Force, making it a religious subject rather than scientific reckoning.

As we come into the sequels, the nature of the Force shifts once more.

Less clearly torn between science and faith, the Light and Dark Side, the Force is evoked as the galaxy-binding energy that Obi-Wan once described. 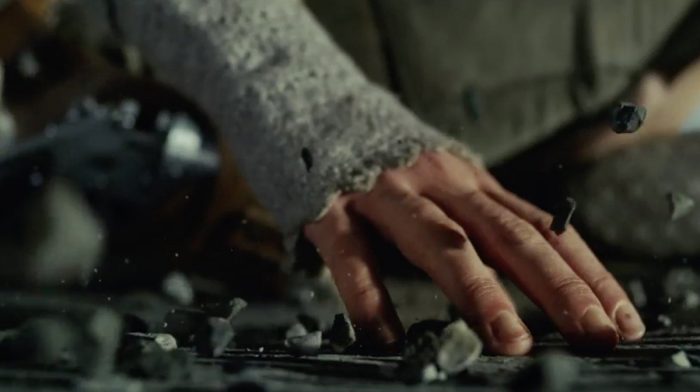 In The Last Jedi, Rian Johnson introduced what has been dubbed as ‘Force Skype’. Kylo Ren and Rey’s minds are bridged by the Force, and over the course of the film they come to understand each other in ways never before seen in Star Wars because of this.

Rey learns from Kylo that Luke and the Jedi are not the perfect custodians of the Force the legends speak of, something which Luke himself – who has closed himself off from the Force – teaches Rey on Ahch-To.

In turn, from Rey, Kylo learns that he is not alone, and that Snoke is abusing his power for the sake of a broken Order.

This leads Kylo to kill the Supreme Leader and extend his hand to Rey, imploring her to let old things die and find a new way forwards in the Force. Rey doesn’t, setting in motion events that will lead to an almighty showdown in The Rise Of Skywalker, but because of their Force connection we are implored to question whether she should.

This makes the sequels all the more compelling, and the Force itself more relevant than ever to the world we live in today.

The Force is no hokey religion, nor science-fiction fantasy but, as the series is as a whole, a reflection of the world in which we live.

And, in troubled times, the Force exists to help our heroes and ourselves find balance in a world where the good guys and the bad guys aren’t quite as obvious, or as simply defined, as they once were.

Roll on The Rise Of Skywalker, seeing where the Force wills us to go next, and where we take it.