Animal Crossing: New Horizons has been out for well over a month now, and players (including myself) are still finding a wealth of content to discover.

However, even with hundreds of hours of gameplay clocked, you might not have noticed these ten subtle hidden secrets. 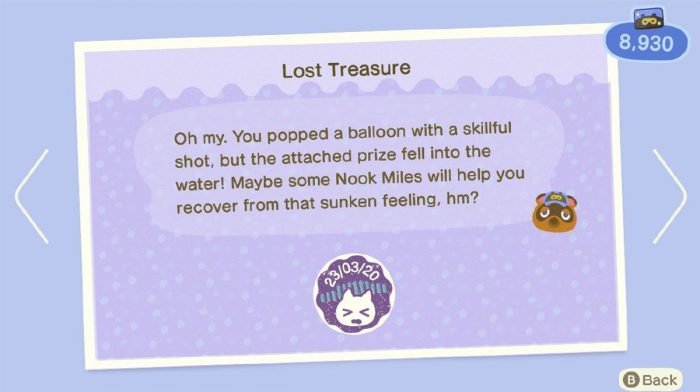 Animal Crossing has never been a series that punishes you too harshly for failures, but New Horizons takes this a step further by actively rewarding you for messing up!

Spending your hard‐earned bells on a counterfeit painting nets you valuable Nook Miles, as does accidentally shooting down a balloon present above a body of water. It certainly eased the pain when I first made these errors.

The Alien Message On TV 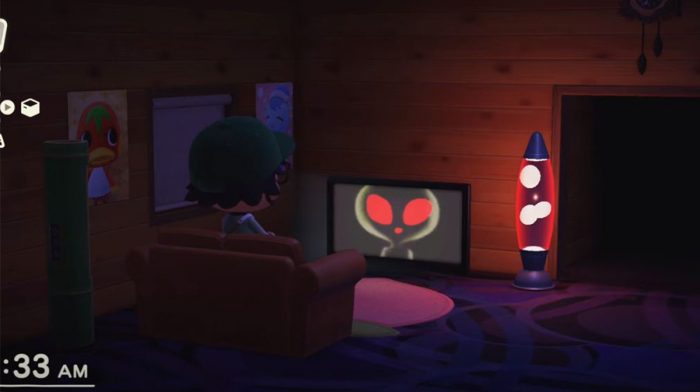 This has been a secret tradition in Animal Crossing since the GameCube era, and can be discovered if you’ve managed to get yourself any variety of TV for your virtual home.

At exactly 3:33 am, what appears to be an alien message will be transmitted onto your screen, raising all manner of questions. Is this being broadcast to every villager, or just you? Are the other characters aware of life beyond Earth? Does Animal Crossing even take place on Earth? Could alien villagers ever become a part of the franchise?

With updates apparently coming for the next three years, getting answers to these questions isn’t impossible. 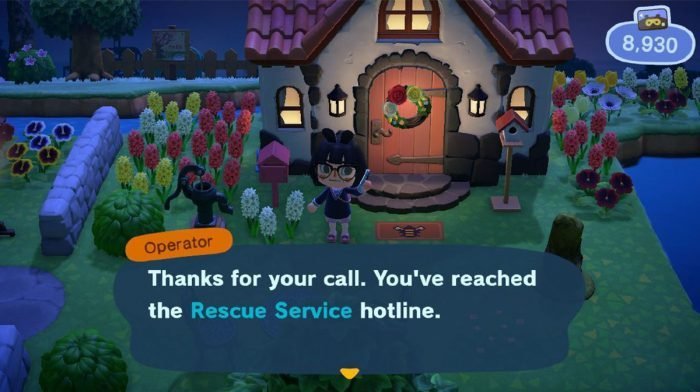 Though New Horizons has brought many new features and concepts to Animal Crossing, the series hasn’t forgotten its roots, and frequently makes references to moments from older games.

For instance, when talking to beached sailor Gulliver, he might murmur something about the coldness of space. If you started with New Leaf or later, or have only just returned to the series after playing the GameCube original, you might not know that the character had a brief stint as an astronaut in Wild World and Let’s Go To The City!

You may also notice that the Rescue Service music is rather familiar if you’ve ever played another Animal Crossing title and reset your console without saving, as the song is the fan favourite Mr. Resetti’s theme. We can only hope that this signals some kind of return for the beloved mole beyond his voice over the phone.

The Story Of The Able Sisters 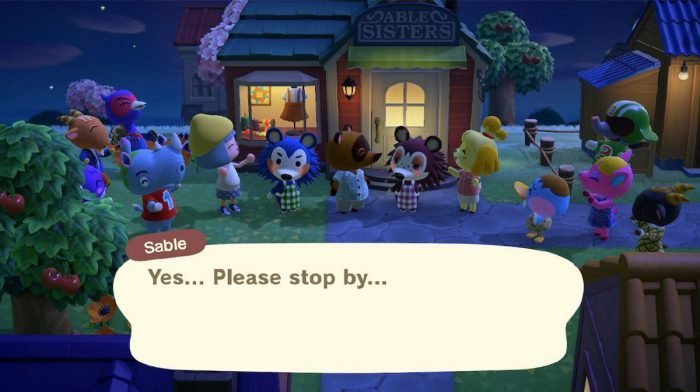 While this is a tale that has been carried over from previous games, it’s fascinating and heartbreaking enough in my opinion to get its own mention.

You might assume that most of the characters in Animal Crossing are fairly one note, or that they’re entirely frozen in time without references to aging or the past. This might be true for most villagers and more minor characters like Kicks and Leif, but the Able Sisters have a heartbreaking backstory that has evolved over the course of the games.

I’ll let you work out the details for yourself (make sure to speak to Sable every day), but it’s surprisingly downbeat, and gives you a new sense of respect for the enterprising hedgehogs. 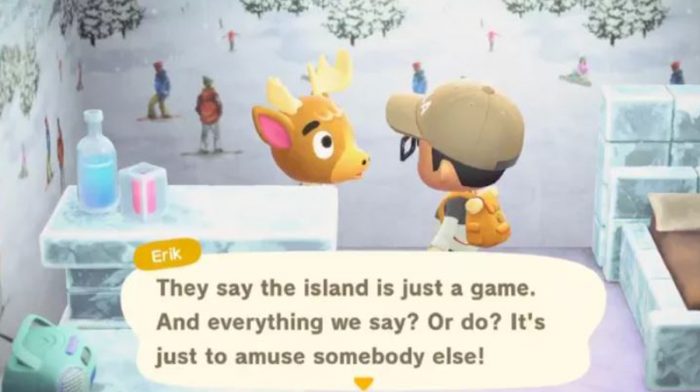 As you might have guessed with the references to older games, Animal Crossing doesn’t shy away from self‐referential humour, but this was taken a step further in New Horizons with some rare dialogue, where villagers will ponder whether they actually exist in a video game.

They understandably question why fruit grows so quickly, and the presence of the ‘pretty music’ that plays every hour – a little existential for an otherwise relaxed game, but funny nonetheless. 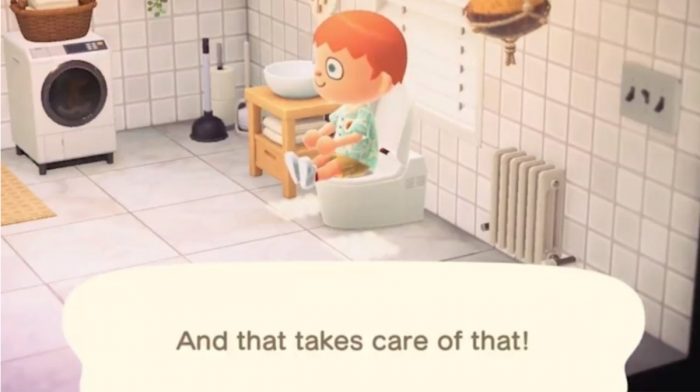 The variety of bathroom accoutrements in Animal Crossing games has always been a curious beast – you don’t exactly have a shower in your house for the sake of aesthetics.

But in New Horizons, the toilet has been given a new lease of life that reflects its real life practicality.

What goes in must come out, and now that players have the ability to eat fruit for some extra strength, they can also (ahem) expel this with a quick trip to the loo, as sitting on one now empties the remainder of your fruit bar – fresh, innovative gameplay, in my opinion. 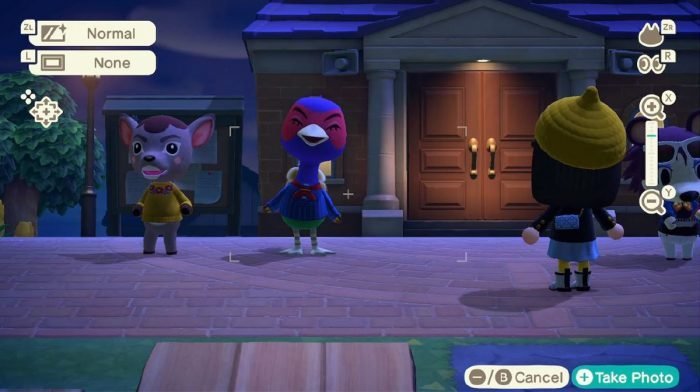 If you’ve been playing for a while and have had more than the initial two villagers move into your town, you may have noticed them adorably singing on occasion outside of resident services. But did you know that you can control what they sing?

If you place a speaker or stereo nearby and select a song of your choosing (Bubblegum K.K. is a personal favourite), the villagers will sing along to whatever plays!

Some players have reported some pretty impressive harmonies when characters with different voice pitches team up as a choir. 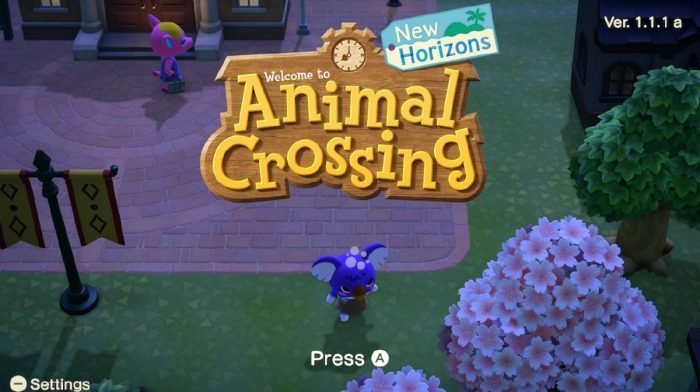 It is fairly well known amongst Animal Crossing players that there are eight distinct personality types your villagers can have: normal, peppy, snooty, and uchi for girls, and lazy, jock, cranky, and smug for guys.

But you may not know that when villagers have conversations between themselves, the resulting reactions and their compatibility is based on how their types match up.

The Evolution Of Man 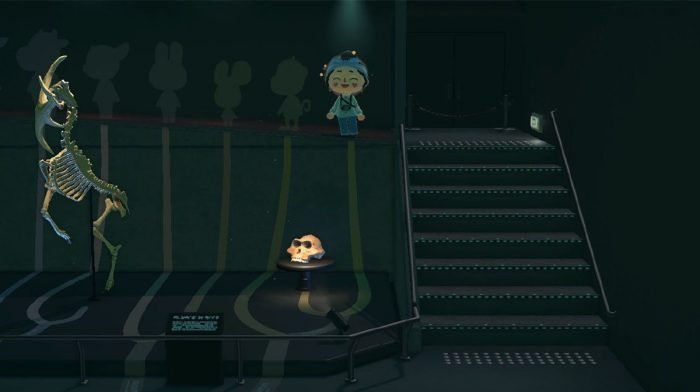 The museum in New Horizons has had a major revamp from the previous games, and is more gorgeous than ever in HD on Switch.

While it contains a few hidden Easter eggs, my favourite is a section of the museum that features silhouettes of animals corresponding with the prehistoric creature they evolved from.

You may not have noticed that there’s a spot missing – if you stand there, a spotlight appears to shine a light on you as the human example in the line up! 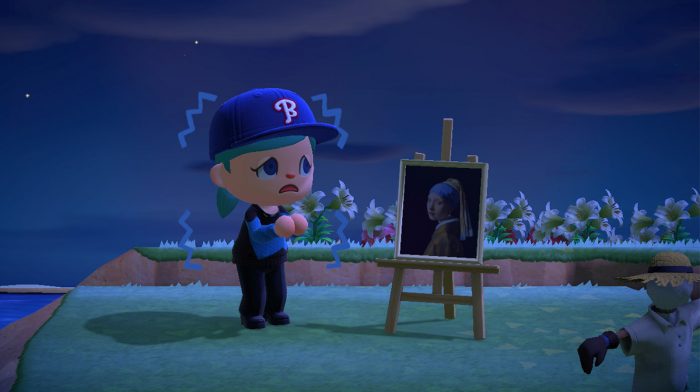 This secret arrived on the scene after Crazy Redd and his dodgy ‘bargains’ were added to the game via a recent update, so has only been widely discovered over the past few days, much to the surprise of unsuspecting players.

Unlike in other games, where counterfeit paintings could be put in your home as regular furniture and acted as legitimate paintings would, the forgeries of New Horizons have another twist – they’re haunted!

Players have reported paintings blinking, ghostly figures on the backs of canvases, and statues floating in place. Redd’s always been a figure to be wary of, but this seems strange even for him.

Share the secrets you have uncovered in the comments.