Here Comes Hell is a non-stop joyride of splattery fun, if you can get past the dour opening quarter.

It’s a tightly shot thriller written and directed by Jack McHenry in a first time feature effort. The film is a loving satire of horrors from across the decades.

The aspect ratio, black and white cinematography, and period setting point to huge 30’s influences, but the latter half of the film is filled with splatter-gore insanity that betrays McHenry’s Evil Dead influence. 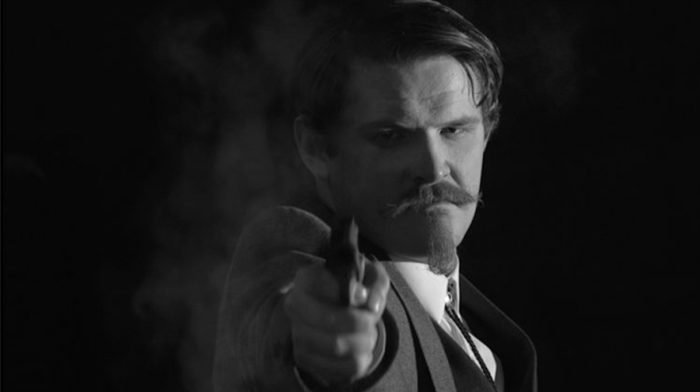 It’s presented as a horror-comedy, and the opening gambit whereupon a suited man warns the audience about watching, ala Marge Simpson’s turns in the earlier Treehouse of Horror episodes, certainly sets the film off to an amusing start.

The laughs dry up in the opening set up however, when we’re introduced to the cast one by one. These characters are pretty well sketched 30’s caricatures that would slot in pretty effectively in something like Jonathan Lynn’s Clue.

Margaret Clunie is the standout, she gives a great turn as the timid Christine, who takes on the films central narrative and undergoes a fantastically subtle character transformation. The metaphor does knock the audience on the head in the film’s final act where she wields a giant axe. It throws away subtlety, but it’s bad-ass. 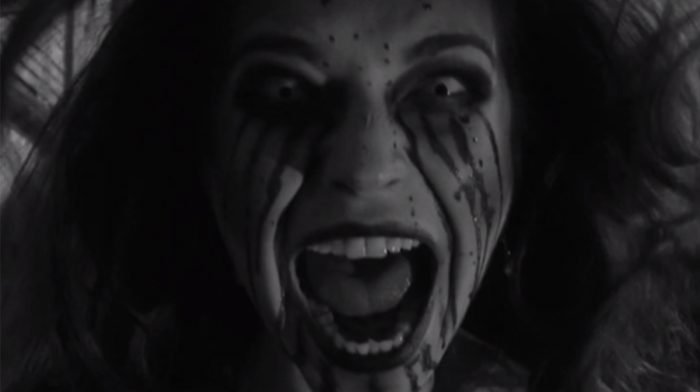 Other cast includes Robert Llewellyn as Jeffrey Bank, Timothy Renouf as Freddie and Tom Bailey as George, who all give at least admirable performance evocative of the time period.

The film was shot on £22,000 micro budget, an especially impressive feat considering the pretty extraordinary practical effects and large behind the scenes team. 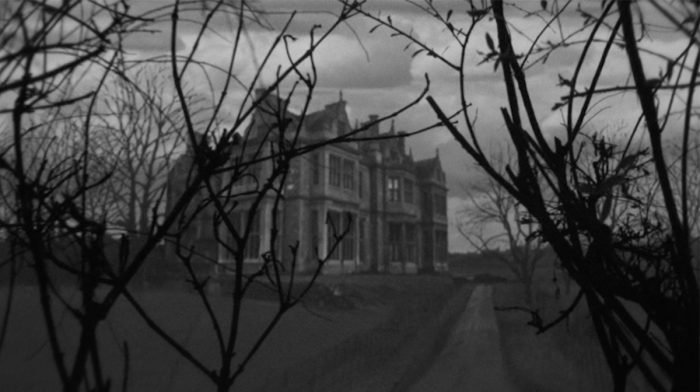 The film’s middle act is one of the highlights both of FrightFest, and of any horror I have seen recently. It contains some of the most fun and ridiculous over the top action set pieces, and also manages to make a marked point on fear and contentment.

The film is worth watching for its middle section alone, it’s properly bonkers.

It doesn’t offer much new but it doesn’t need to. It’s schlocky, honest and fun. The film does have layers, including a contemporary comment on alcoholism and loneliness which isn’t necessary in this sort of film, so it’s a testament to McHenry that he manages to weave these themes in. 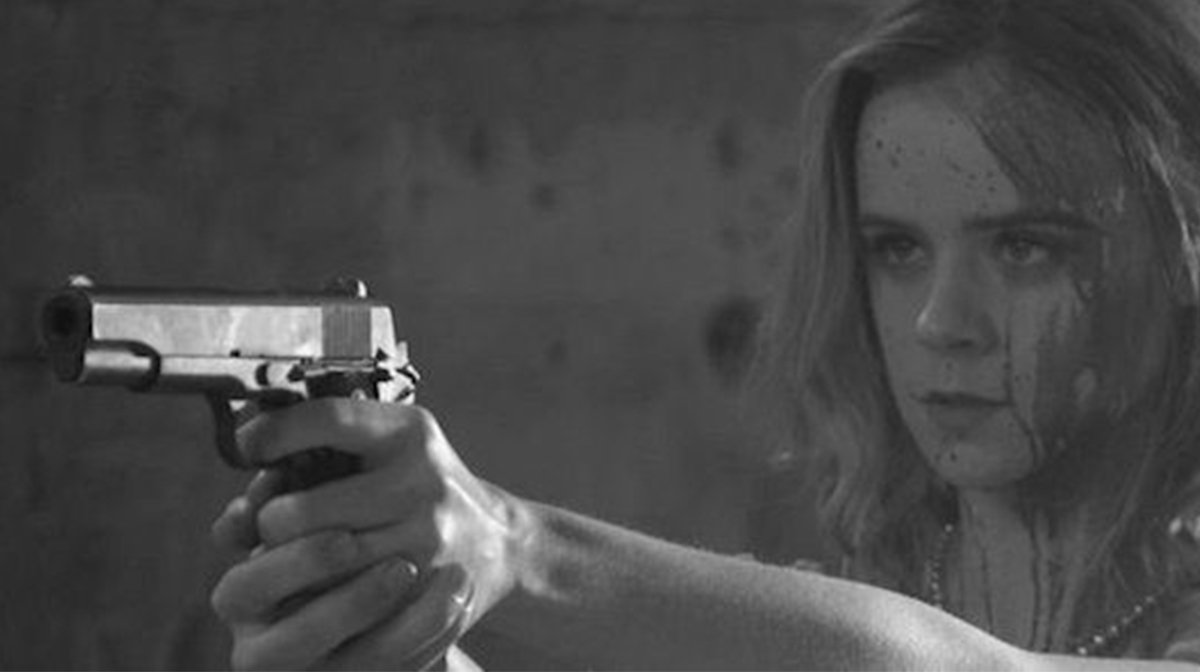 Here Comes Hell is a beautifully pure tribute to the genre, and any horror fan should find something here to love. It is never crude, but witty with just the perfect amount of heads exploding in people’s faces to make it fun.