Based on Jake Bernstein’s Secrecy World, Steven Soderbergh’s latest caper details the events which led to the revelation of the Panama Papers in 2016.

Meryl Streep (for once looking and dressing like a pensioner) plays Ellen Martin, a distraught widow on the hunt for justice when her husband’s life insurance claim is rejected.

In parallel, Gary Oldman and Antonio Banderas take us on a walking tour of the innate hypocrisy and debauchery within America’s financial system. 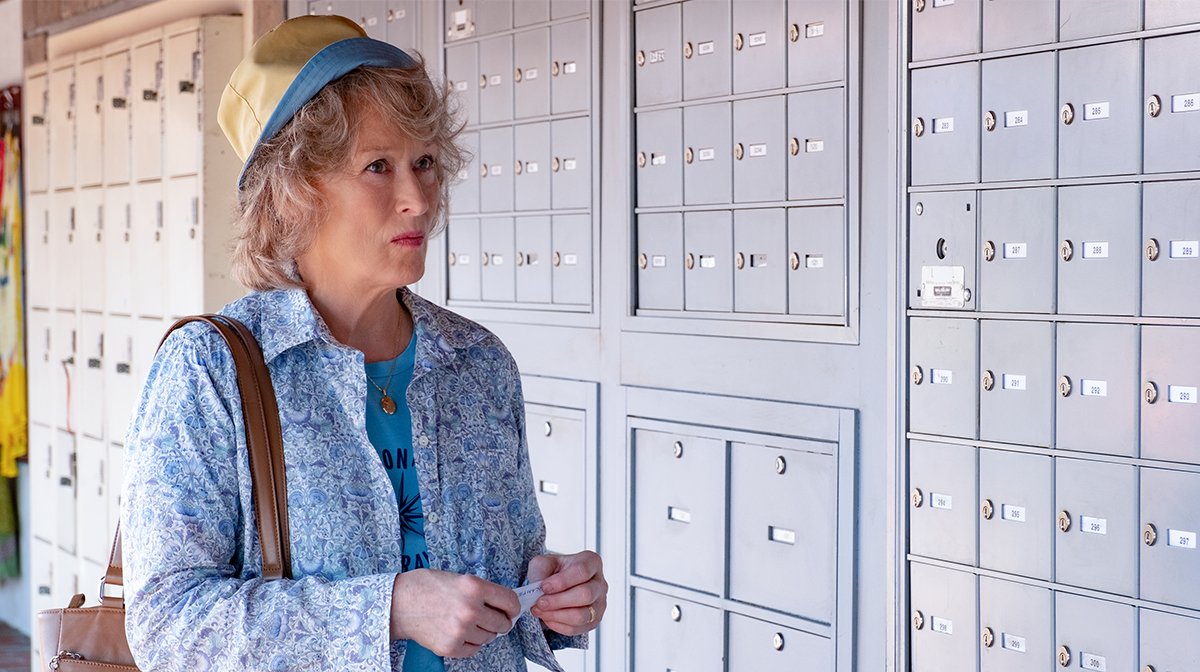 Oldman (spouting every word in a German accent some might generously label ‘a little bit caricatured’) plays real-life conglomerate owner, Jürgen Mossack, and begins the film wandering through a prehistoric landscape, explaining how the concept of money was first devised by cavemen – their faces censored – in order to survive.

It’s a funny sequence, that also serves the purpose of highlighting all the best and worst that the following 90 minutes have to offer.

Soderbergh is a wonderfully unfussy technical filmmaker, and The Laundromat is a fine showcase of his contemporary craft – setups are simple, camera movements restrained, methods of storytelling efficient.

Brief escapades into more flashy, farcical comedy, such as Oldman and Banderas sipping cocktails on a comically sun-kissed cartoon beach, appear fake and flimsy, as well they should, given the film’s message that financial gain is ultimately an empty pursuit. 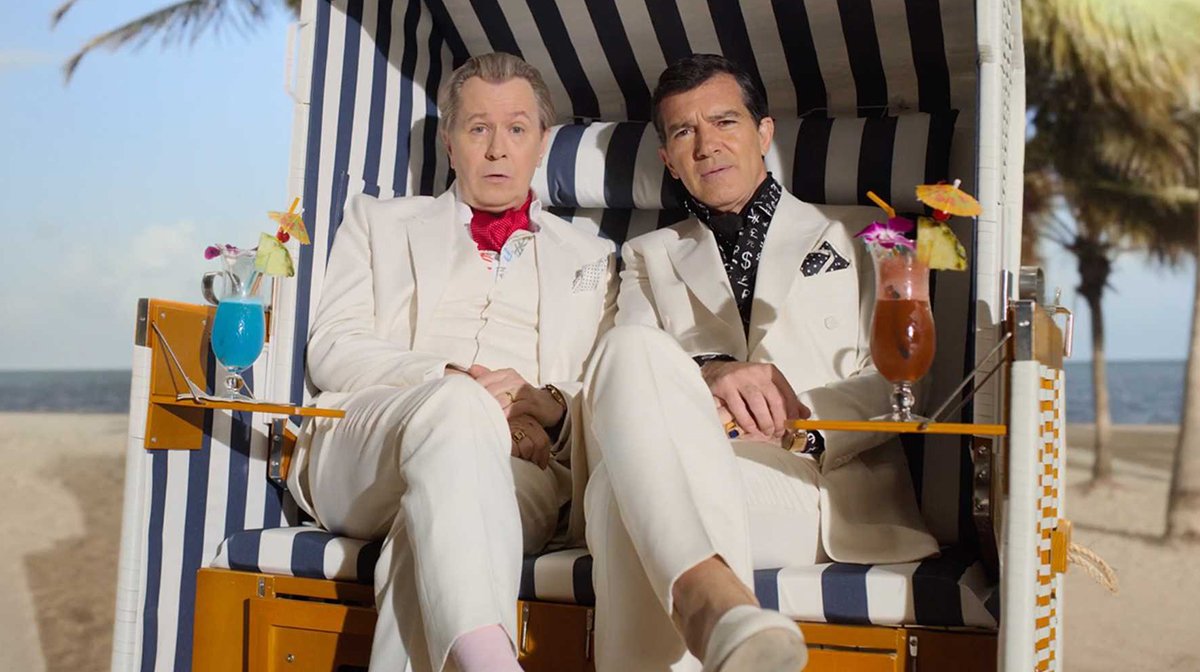 The on-screen guidance and narration from the two besuited fools reeks of another The Big Short-style, wink-to-the-audience tone, but Scott Z. Burns’ script manages to be sharp without being smug: we’re a far cry from the overcooked fishing metaphors of Vice.

Unlike Adam McKay’s double-bill of patronising politics, Soderbergh’s film is mainly concerned with the ‘little guy’ and their power (or lack thereof) to undo this sham, instead of merely paying lip service to their plight or using them as a plot device.

Ellen’s search for the truth takes us through five central tenets: ‘The Meek Are Screwed’ (the death of Ellen’s husband), ‘It’s Just Shells’ (Jeffrey Wright appears in a wonderfully awful selection of ties), ‘Tell a Friend’, ‘Bribery 101’ (a strange aside centring on a cheating husband), and ‘Making a Killing’.

These take us from an uninsured boat on the Niagara River, to the highest seats of the Chinese government, and musings on the negligence of God. Soderbergh and Burns handle the former with a near-perfect balance of comedy and tragedy, but struggle to find a satisfying conclusion.

Truthfully, there may not be one: what hope is there for that ‘little guy’ in a world where kids grow up knowing the word ‘bargain’, and massive financial skullduggery could be happening in the neighbouring office cubicle?

The Laundromat asks what can be done to talk sense into those whose entire relationship with the world is explained through money; those who have more glassware than sense, and whose best advice is ‘the meek need a better lawyer!’ 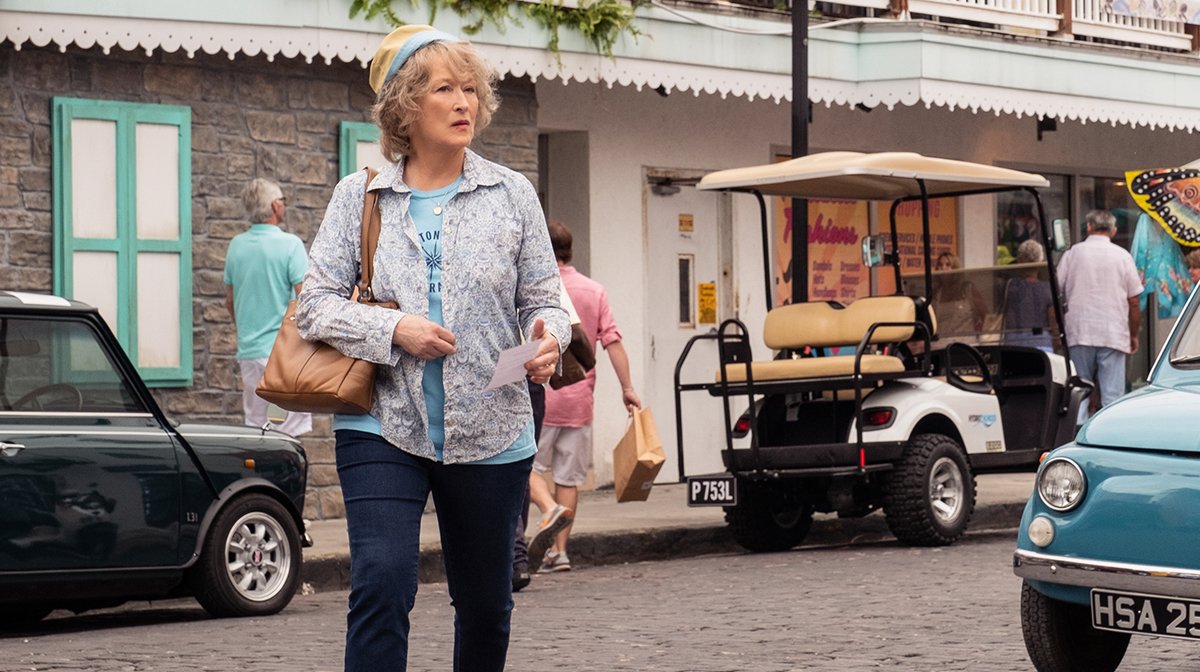 Answers are not exactly forthcoming, and the final movement becomes less a standard narrative conclusion than personal statement, with Streep’s genuine performance giving way to a mouthpiece for the filmmakers’ political thesis.

A solid thesis, certainly (Streep plays up her status as screen meme queen dutifully), but having been preceded by so much tongue-in-cheek japery, the bitter laughs as the lights come up ring strangely hollow.

The Laundromat will be available on Netflix in the UK from 18th October.