Although critics universally despised 2016’s Suicide Squad, it raked in $746 million at the box office as a wide array of merchandise featuring Margot Robbie’s Harley Quinn and Jared Leto’s Joker spread like wildfire.

This team of supervillains were always going to get a sequel, but in a strange turn of events that involved Suicide Squad’s critical reception and the release of the divisive Justice League, a sequel to the 2016 film is actually one of DC’s most anticipated projects – and that’s largely down to James Gunn.

While he was fired (and subsequently re-hired) by Disney after a series of old tweets (which he’d already apologised for), Gunn signed on to direct The Suicide Squad, a soft reboot of the series. And after the director released an impressive list of actors appearing in the film, it’s time to genuinely get excited about the sequel. 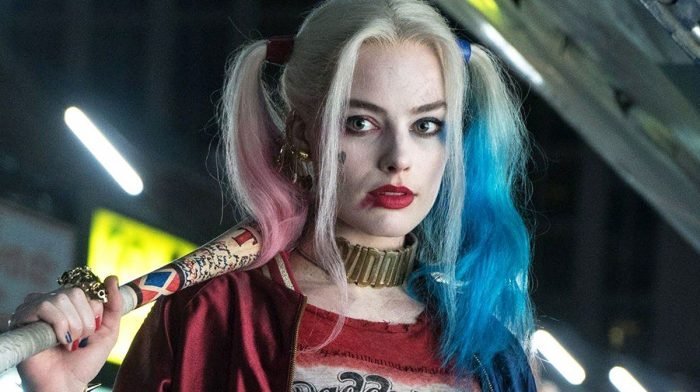 So, to start with, who’s returning? Harley Quinn fans will be pleased to know that Margot Robbie is coming back, as is Jai Courtney’s (genuinely) humorous Aussie, Captain Boomerang.

Viola Davis’ formidable Amanda Waller will be back to blackmail the team into action, while Joel Kinnaman’s Rick Flag is their boots-on-the-ground leader.

That’s a lot to take in, and it’s worth knowing that aside from the returning cast, the other characters haven’t been confirmed just yet. 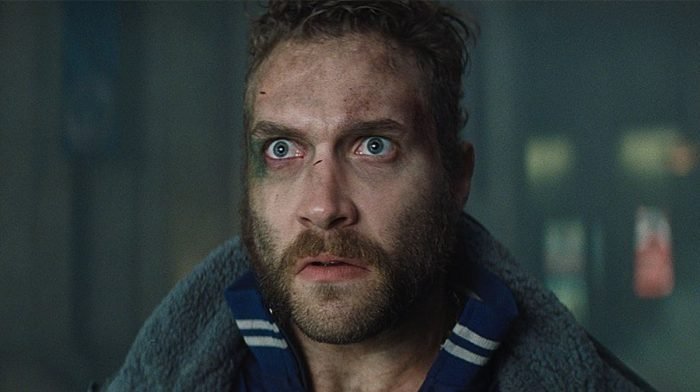 But as always, rumours are aplenty. The most talked about character so far is Elba’s martial arts master/mercenary with a conscience; Bronze Tiger.

Reid is confirmed to be playing Elba’s character’s daughter, which supports the Bronze Tiger rumour even more than a previous idea that Will Smith’s Deadshot had been recast.

Dastmalchian is supposed to be taking on Polka-Dot Man (no, really) – a villain with advanced technology in the spots on his costume, while Agee could be voicing King Shark.

Finally, Melchior is supposed to be playing the legendary, iconic, ground-breaking villain that everyone knows and loves… Ratcatcher! Anybody? No? Moving on. 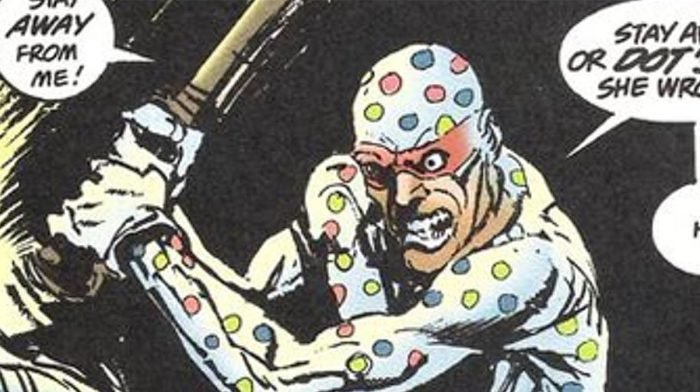 The director followed up his huge casting announcement with a simple tag-line; ‘Don’t get too attached’.

So, given the lengthy list of actors and comedians appearing in the film, our bet is that the smaller names make up an initial Squad that all die (in some hilarious action montage of course), which leads Waller to assemble a new team with some seasoned faces.

Gunn’s already proved with his previous work that he can deliver team-based action with ease, but he isn’t afraid to get down and dirty if needed. Just look at 2006’s body horror comedy, Slither, for that. 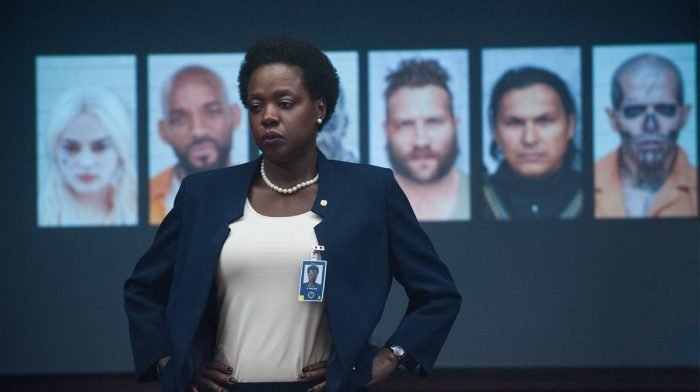 Then there’s the Harley Quinn of it all. Obviously after Margot Robbie brought the baseball bat wielding villain/vigilante/part-time hero to the big screen, Doctor Harleen Quinzel was shot even further into the pop culture stratosphere than she already was.

But Suicide Squad also depicted her ugly, toxic relationship with the Joker in a way that acknowledged how damaging it was, but didn’t condemn it as it should’ve done.

In the current comics, Harley has been free of the Joker’s terrifying grasp for quite some time, and with Robbie also fronting Birds of Prey in February, it looks like that’s the direction DC and Gunn will continue to drive for in The Suicide Squad. Anyway, the less we say about Leto’s Joker, the better… 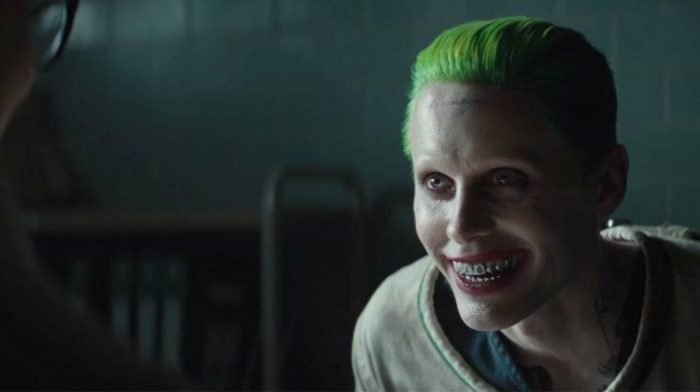 With Robbie and Gunn free to explore the character in a group dynamic away from the Joker’s clutches, hopefully Harley will only develop into an even more lovable anti-hero.

But the question has to be asked; how does Harley Quinn end up back in the Squad if she’s out and free kicking Black Mask to the curb in Birds of Prey? Is it that she winds up doing something that puts her back in the Belle Reve prison?

Given that Ewan McGregor is going to be busy with that Obi-Wan Kenobi solo series on Disney+ very soon, it wouldn’t be surprising if she and the Birds of Prey kill him by the end of the film for whatever reason. 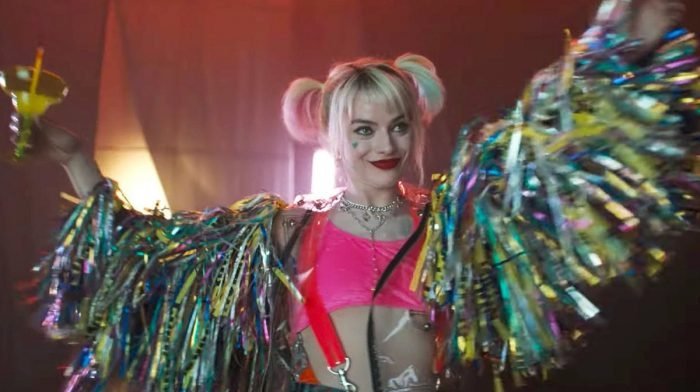 But at least she’ll have a great soundtrack to fight alongside the rest of the Squad to!

The director tweeted that the film would be musically different from Guardians of the Galaxy, but that the score and the music featured would be incredibly important. Pre-order The Suicide Squad soundtrack when you’re ready, folks.

Gunn’s signature style of combining a group of dysfunctional heroes (and villains) and crafting a genuinely emotional story-line from them in some way could be the salve needed to make audiences forget the transgressions of DC’s past. 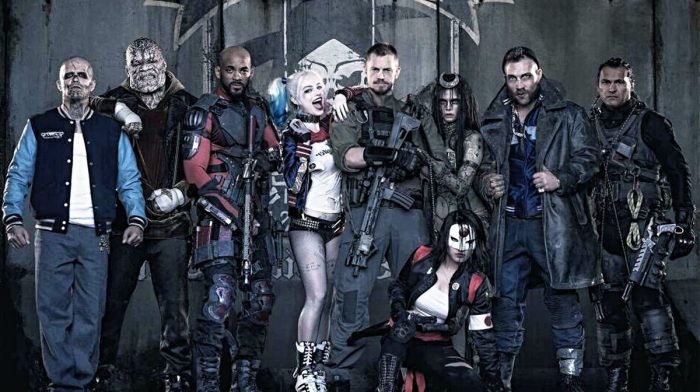 Let’s address one last rumour; Dwayne Johnson’s Black Adam. The Rock’s been attached to the character since 2008 and has bounced around from getting his own solo film, to a starring role in Shazam! or its sequel, right back to the solo film idea.

But back in 2017, it was reported that he’d be appearing in the simply titled sequel Suicide Squad 2, as a weapon of mass destruction that the team would need to rescue out of enemy hands. Presumably this would mean Black Adam was incapacitated in some way, since the villain has similar powers to the eponymous hero in Shazam! – he’s no damsel in distress.

Now obviously, let’s take this with a heap of salt since this is an old report and this was before Gunn came on-board after the Disney debacle. But given that DC and The Rock both seem committed to bringing Black Adam to the big screen with their constant talks, this would be the perfect place to debut the villain before pitting him against Zachary Levi’s hero in the inevitable Shazam! sequel. 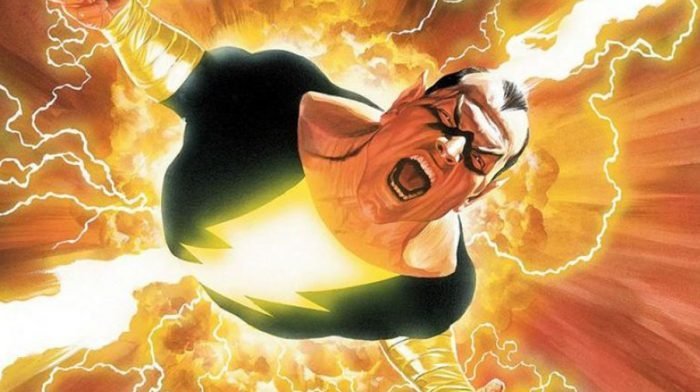 Although DC and Warner Bros. are now focusing on making entertaining films rather than pushing an interconnected cinematic universe after the disastrous Justice League, it would be a great way of proving why Johnson’s villain is a match for Billy Batson. Not to mention to get their money’s worth out of The Rock.

Let’s not forget that a final battle with Black Adam versus the Squad could be a visual treat, depending on how powered up his lightning powers are.

So James Gunn, an expendable team, Harley’s monumental character development, a killer soundtrack and maybe an appearance from Dwayne Johnson? The Suicide Squad has genuine potential.

The Suicide Squad will hit UK cinemas on August 6th, 2021.