Stéphane Demoustier’s The Girl With A Bracelet begins with an idyllic scene; a family at the beach relaxing and building sandcastles, with the sound of waves crashing on the shore and the sight of the sun shining.

It’s a seemingly innocent moment of bliss which is shattered by the introduction of police officers. We hold our breath, wondering what tragedy has led to the interruption from the police, only to watch in bewilderment as the teenage daughter is escorted away, without protesting or creating a fuss.

There is dialogue exchanged, but the sounds of the waves and Carla Pallone’s eerily beautiful ‘Bernard Herrmann inspired’ score drowns out the words, and we are left feeling puzzled and alienated by what we have witnessed. 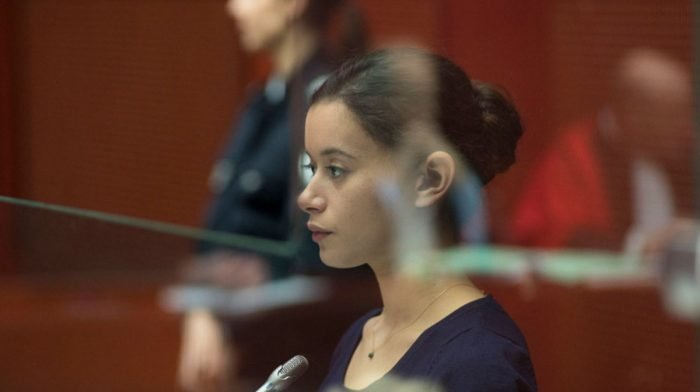 Demoustier and cinematographer Sylvain Verdet make a conscious decision to keep the camera at a distance from the scene, presenting it in a wide shot which instantly puts the viewer into the role of the outsider, and a silent judge.

And we will be judging the main character for next 95 minutes as we learn the reason behind the arrest. We rarely have direct point of view shots from their perspective which only reinforces this distance. We are not privy to gain access to her mind, and we must reach our own conclusion.

There is a flash forward of two years, and we discover that the girl who was led away that day is Lise (Melissa Guers), whose best friend Flora was discovered brutally murdered. 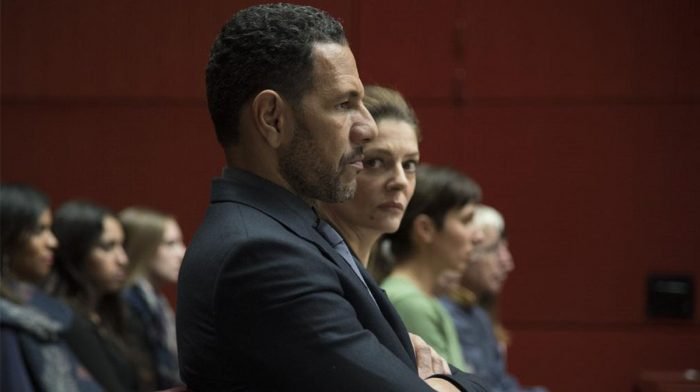 Lise was the last person to see her alive and there is no other suspect. Lise comes from a wealthy middle-class family, her parents seem supportive enough, but there are issues with her father Bruno (Roschdy Zem) who seems reluctant to let her out of his sight.

Her mother Celine (Chiara Mastroianni) is the opposite and has instead decided to bury herself in work, and is also refusing to be present in court.

The trial begins, and slowly the story of what happened is revealed to us. Lise and Flora had a fight and fell out as friends not long before Flora was found murdered, although Lise insists that the two made up and that she was invited to Flora’s party where she stayed the night.

Lise protests her innocence but she doesn’t appear remorseful or distraught. Rather she appears cold and devoid of all emotion, which only heightens suspicious of the prosecutor, L’Avocat Général (Anaïs Demoustier). 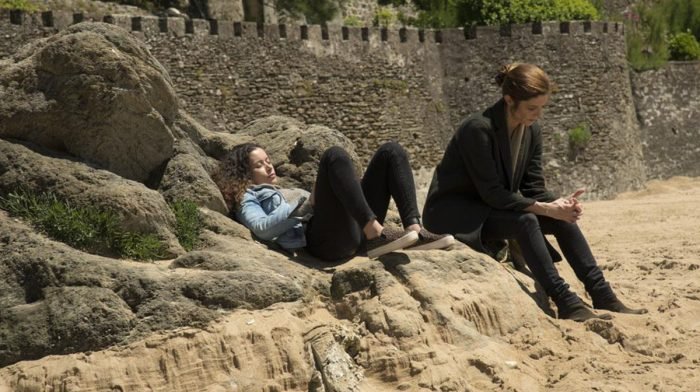 Lise’s sex life is detailed in court and this paints her a nymphomaniac of some sorts, despite her being a young woman who is trying to explore herself sexually and experiment. As Lise doesn’t exactly play by the rules, and doesn’t appear to grieve in the normal manner, she is branded guilty despite no murder weapon ever being found.

Much of the film’s power lies in Melissa Guers’ performance, and it is a marvel that this is her first major role as she is a naturally gifted and talented actress who manages to convey so much emotion in her eyes.

Aside from Guers’ phenomenal performance, much of the film’s strength lies in the screenplay by Demoustier who takes a very basic standard courtroom crime drama story, and manages to evaluate it to one of the year’s most intense and thrilling stories. 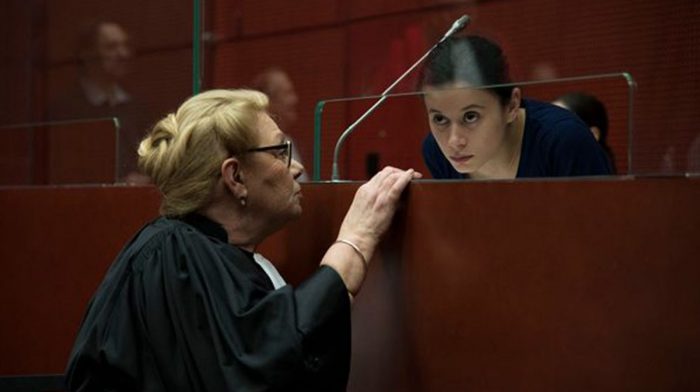 Details regarding the crime are slowly revealed to us, and the film’s ending is very ambiguous which may frustrate those who prefer their films to be neatly resolved, but Demoustier’s film is a sophisticated whodunnit that pays homage to classic crime writers such as Patricia Highsmith and P.D. James.

The character of Lise is as complex and as curious as Higsmith’s Tom Ripley, a character who may well be a sociopath and someone we shouldn’t be intrigued by, but we find this character oddly fascinating.

Some may find The Girl With a Bracelet a little slow and heavy (the film does begin to drag towards the second and third act), but it is a film to absorb and obsess over, and it is worth seeking out for Melissa Guers’ exceptionally good performance alone.

Guers is certainly one to keep an eye on, and it will be interesting to see what she does next.

The Girl With A Bracelet currently doesn’t have a UK release date.