A labour of love from director Michael Caton‐Jones, who also co‐wrote the script, he optioned the novel the film is based on, The Sopranos by Alan Warner, 20 years ago, and only now has the film has come to fruition.

With the novel also adapted for the stage as Our Ladies Of Perpetual Succour, the time is indeed right for Caton‐Jones’ cinematic vision.

Taking place over one day, a group of friends journey to Edinburgh with the school choir for a competition. Once given their freedom, the girls let loose on the city, on the hunt for thigh high boots, music, a ‘shag’ and some for liberation. 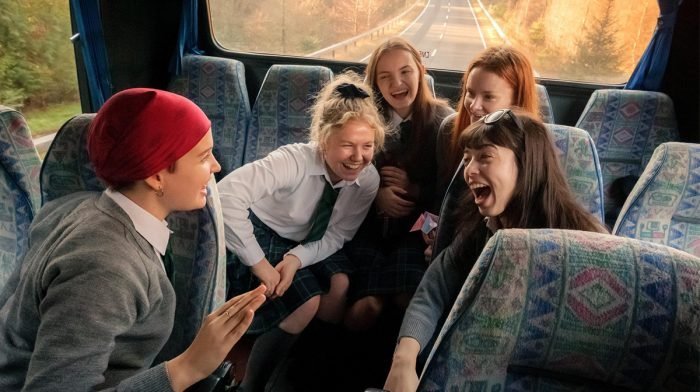 Raucous and, at some points, raunchy, there is a beating heart to the story. Despite the need and use for booze and boys (and men), the girls’ friendships are either strengthened or tested with mixed results.

All the girls are given a miniature back story breakdown by Orla, giving us an insight into how the girls live and love. Orla is the guiding light throughout as she is the only one to do a voiceover, whether its prayers or flashbacks.

After a trip to Lourdes, she is in remission from cancer and desperate to lose her virginity, but as this is a group of Catholic school girls, this is a far cry from the teen sex comedies out there.

Orla knows exactly how she wants to experience sex for the first time, and any willing guy will do. 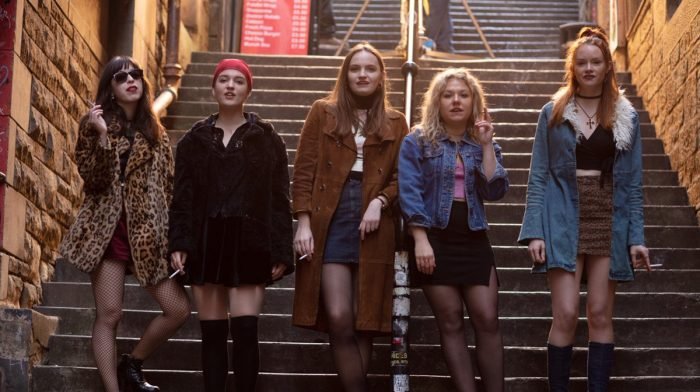 Her friends are all going through their own issues, whether it is singer Kayla deciding to quit her home town band because of its name, or Amanda who is literally just looking to hook up with a guy, or Chell who is still grieving the death of her father.

Cruel tongued, poker faced Fionnula has the biggest secret to hide from her friends, but ends up sharing tender moments with outsider Kay, who turns out to have more in common with her than she thought.

The film feels ever more refreshing being set in the 90’s, with not only the joy of technology not featuring at all, but the fashion is something to be marvelled and enjoyed.

It doesn’t hype up the period costume element because it doesn’t need to. The story and characters alone are more than entertaining, as well as the satisfying development of said characters into more than one dimensional stereotypes, as there isn’t one in sight. 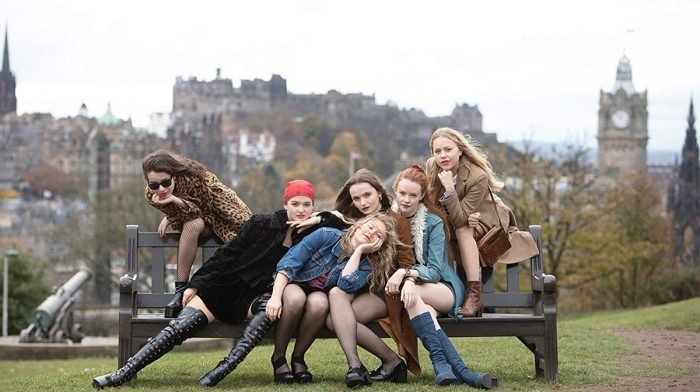 Of all the events to take place in the film, teen angst and rebellion do come to mind, but it feels more liberating that that.

Although the girls are restricted from opportunities, and know what comes next in their lives, they embrace it all with open arms, and drink in one hand, and cigarettes in their mouths.

Our Ladies does not currently have a UK release date.