Arguably one of the most definitive psychological crime thrillers of all time, David Fincher’s chilling masterpiece Se7en is celebrating its 25th anniversary this week.

Not only did it make Fincher a household name after he disowned the disastrous Alien 3, but it also had a huge cultural impact being recognised as one of the best serial killer movies of all-time.

Deeply disturbing, profoundly dark and intensely gripping, Se7en remains just as shocking and significant 25 years on, with that ending still packing a punch no matter how many times you have seen the movie.

It is no wonder the “what’s in the box” line has since become infamous. 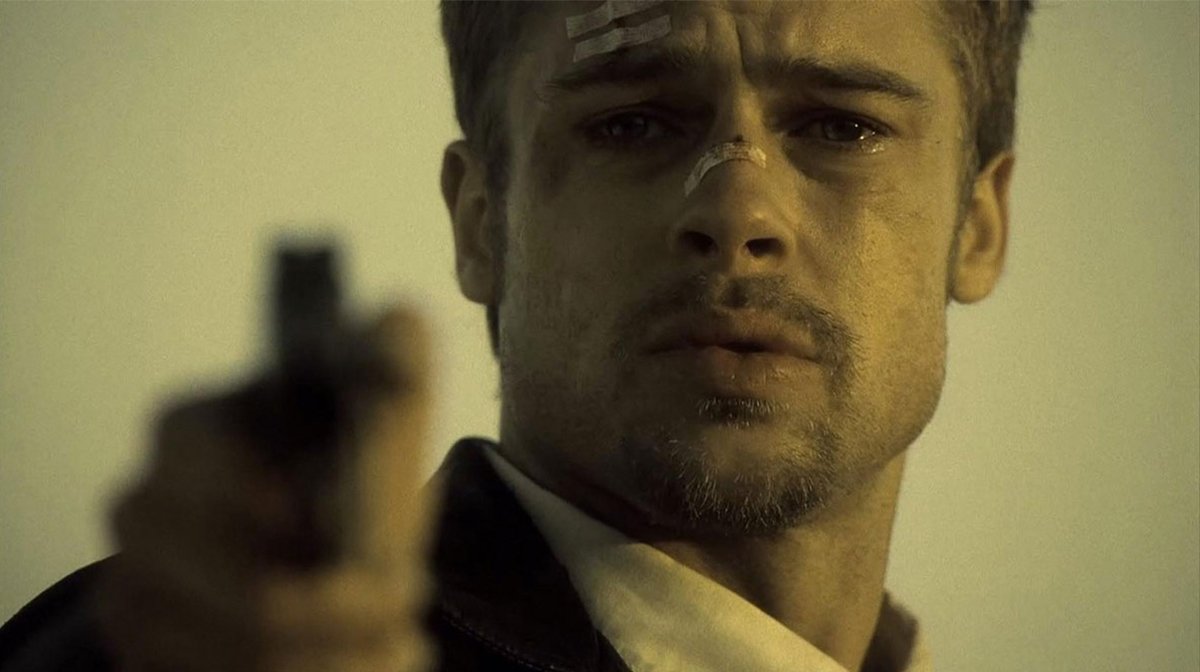 Delivering one final twist which draws to a conclusion the wrought and warped thriller, the desperation in Brad Pitt’s Detective Mills’ eyes as he holds a gun up to Kevin Spacey’s murderous John Doe sears itself into your mind.

The contrast between Mills’ agony, Doe’s stark coldness and Morgan Freeman’s Detective Somerset’s despair is incredibly striking, with all the tension that has been built up over the past two hours unravelling in mere minutes.

We as an audience never see what is in the box but that’s because we don’t have to, the chilling delivery of Doe’s line, “her pretty head”, alongside Somerset’s anguished looks tells us all that we need to know.

It is a fittingly grim end to a twisted tale, completing Doe’s plan as Mills gives in to the sin of wrath, and thus concluding Fincher’s meditation on evil. 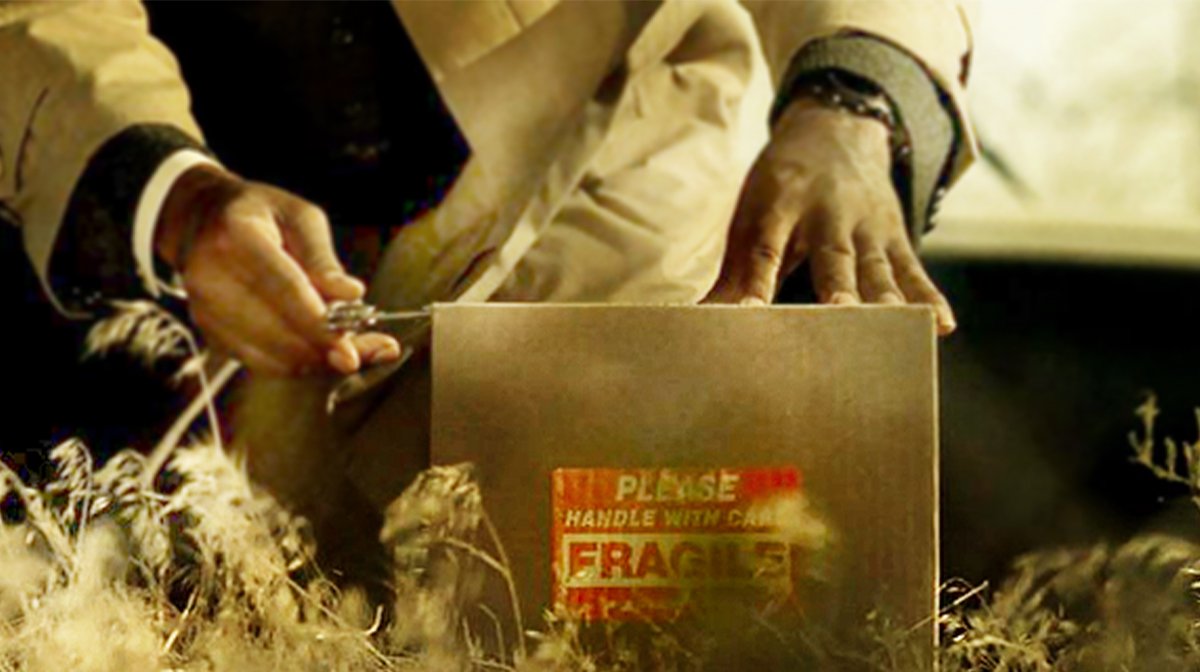 Fascinatingly though studio New Line didn’t actually want the scene in the movie, with an accident leading to its inclusion in the final cut.

When writer Andrew Kevin Walker submitted an early draft to the studio, they rejected the scene asking for a more traditional ending which involved more action, and compared to other detective thrillers.

The head-in-a-box scene is indeed by no means conventional, lacking the all guns blazing shoot-out you see in other movies, and although the villain does die it is at the hands of the young Mills, representing a loss of innocence and hope.

Although it is clearly the right ending for the movie, it is understandable why the studio were nervous at the time to include it. So how did it end up in the film? 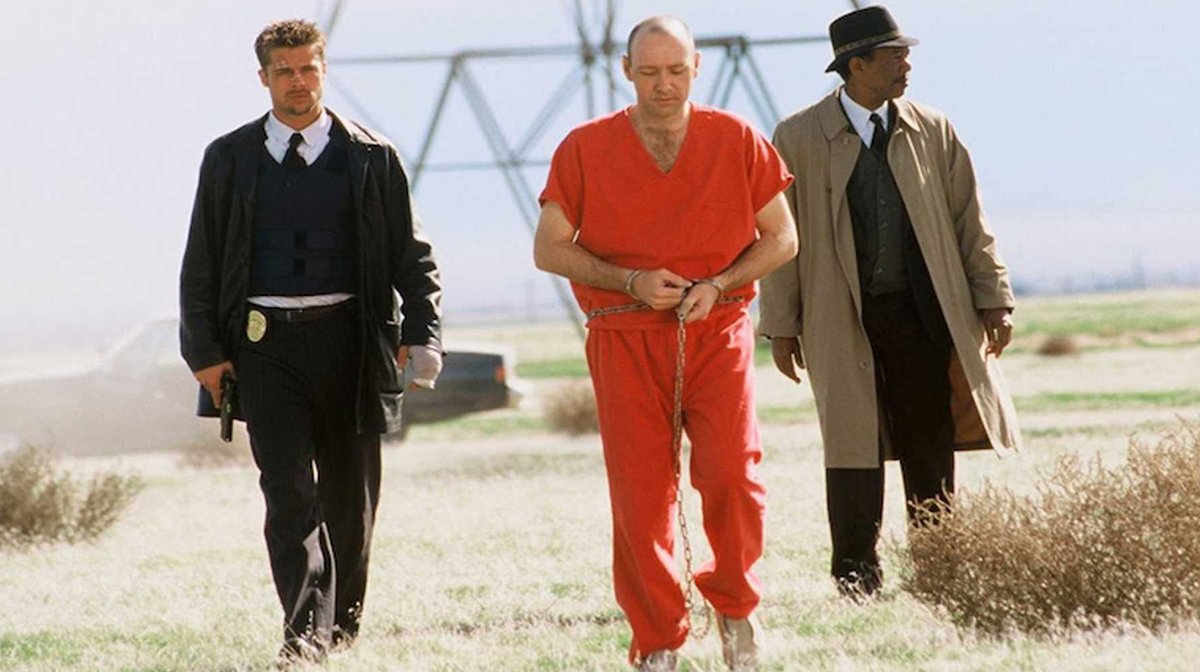 Whilst searching for a director for the project, New Line sent the screenplay to Fincher for review, however they accidentally sent him the version with the box scene.

Drawn to the script, and in particular that finale, Fincher refused to make the movie without it, with Pitt also arguing for its inclusion.

With pressure building the studio eventually gave in, but not before they considered other options for the ending scene. 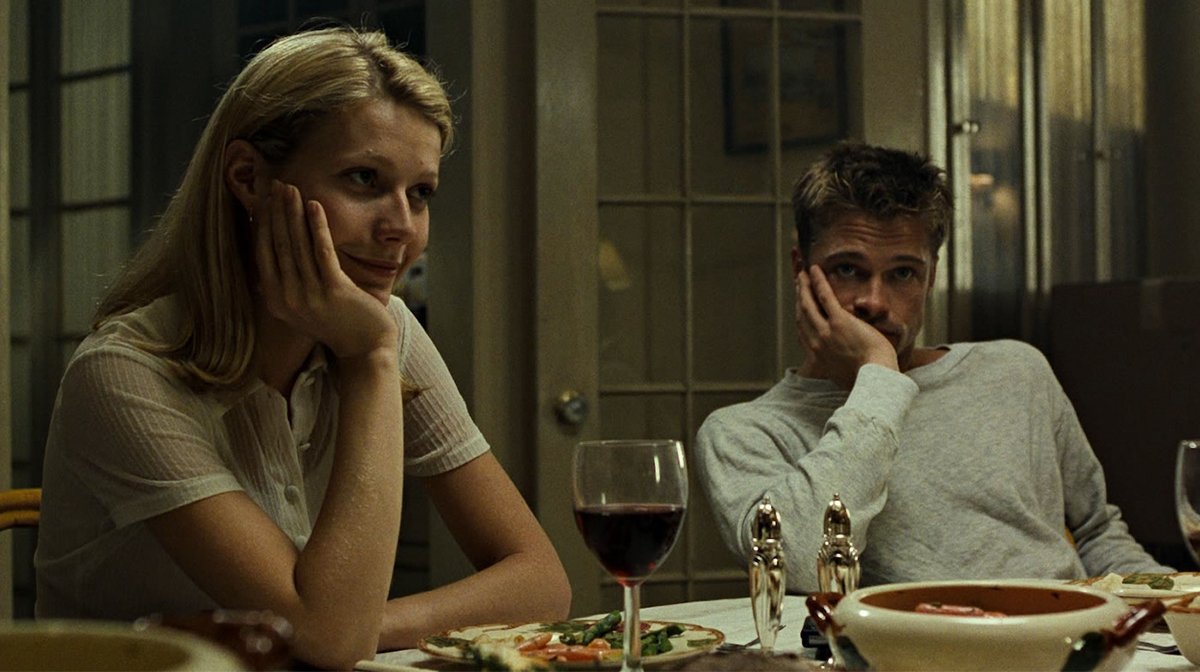 In a scene that was storyboarded but never filmed, it was actually Somerset who would shoot Doe, delivering a final cheesy line after the act – ‘I’m retiring’. Jeesh!

Another version saw Somerset get shot himself, with Mills firing on the older detective as he attempts to prevent him from having his revenge.

The contents of the box also varied, with the studio suggesting it contain a dog’s head instead of Gwyneth Paltrow’s Tracy’s.

New Line also considered a version which saw Somerset and Mills racing to save Tracy from Doe, more of a traditional conclusion then to a police procedural. 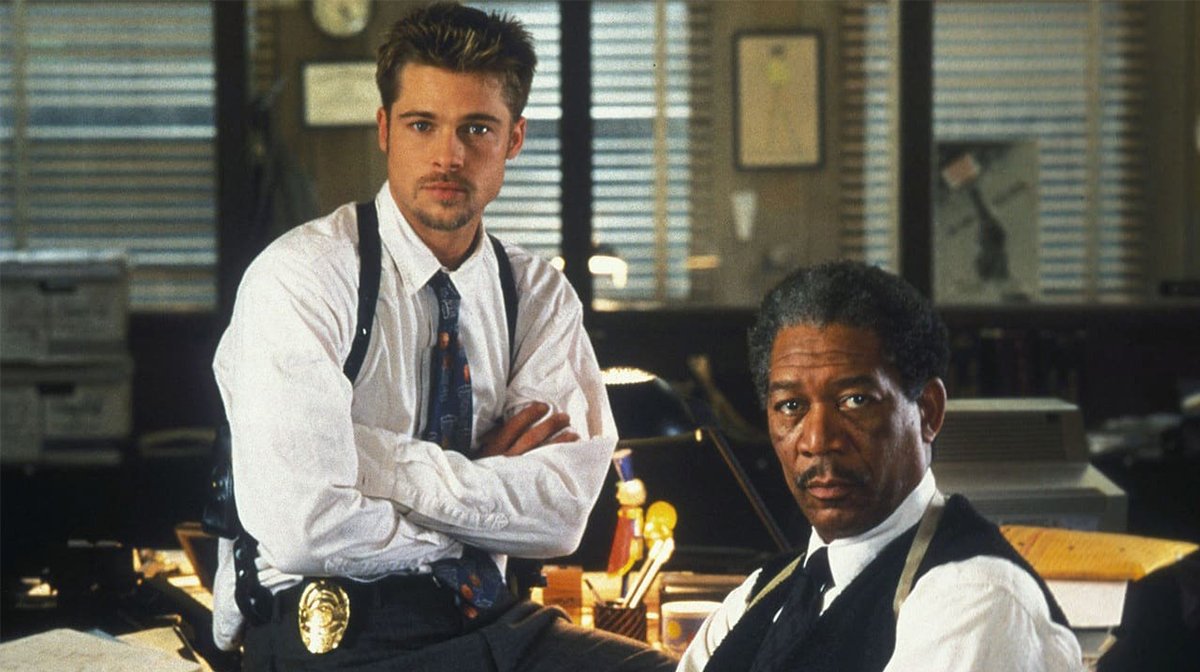 Whilst Fincher did get his way with the inclusion of the head-in-a-box scene, he still was unhappy with the way the film concluded, as the studio insisted on Somerset’s reference of an Ernest Hemingway quote.

Rather than cut to black after Mills pulls the trigger, which Fincher favoured, we cut to a scene which sees Somerset reflect on the events of the movie musing: “‘The world is a fine place, and worth fighting for’…I agree with the second part.”

Following the horrific events we just witnessed at the hands of Doe, we definitely don’t need Somerset telling us that the world is not a ‘fine place’, but instead one filled with pain.

And considering so much of the story concerns itself with the loss of innocence, it is strange the film ends on a somewhat positive note with Somerset arguing that despite everything, nevertheless the world is ‘worth fighting for’. 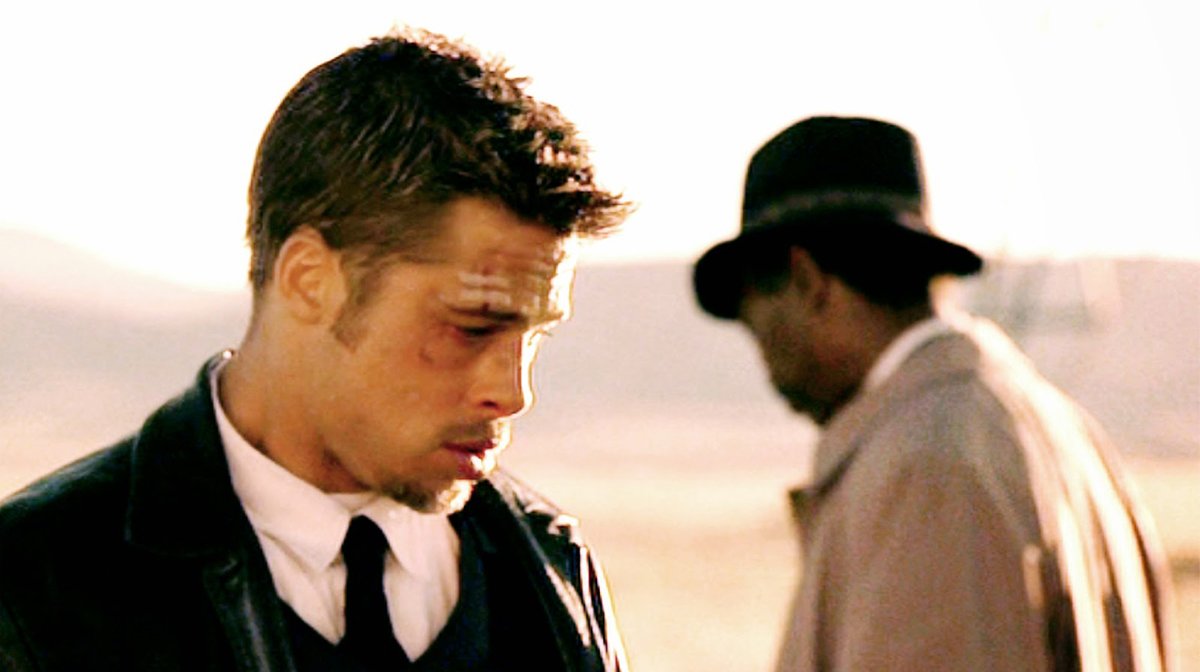 Although you could argue this reflects Somerset’s character, a man who has spent his life dedicating to fighting crime and corruption in a city overflowing with it, it is likely the studio also insisted on this introduction of hope to prevent the ending from being too bleak, softening the blows.

That note of optimism though is rather diminished given the sheer devastation we witness, and it is no wonder the most memorable scene from the movie is the shattering ‘what’s in the box’ moment.

Pitt’s exasperating yelling of that line will haunt cinema forever, and rightly so.