It was easy to miss Snowpiercer. It had very little marketing, and it burst into the world with little applause, fading away almost as quickly.

It’s a cinematic tragedy that more people didn’t see the film that could very easily be called one of the best films of the last decade.

Based on a French graphic novel (Le Transperceneige), Snowpiercer was helmed by the South Korean director Bong Joon-ho, known primarily for his work on monster flick The Host.

The cast has some impressive credentials as well, with a line-up that includes Chris Evans (Captain America), John Hurt (1984), Korean star Song Kang-ho (Parasite), Academy award-winner Octavia Spencer, and Tilda Swinton (in one of her more bewildering cameos). 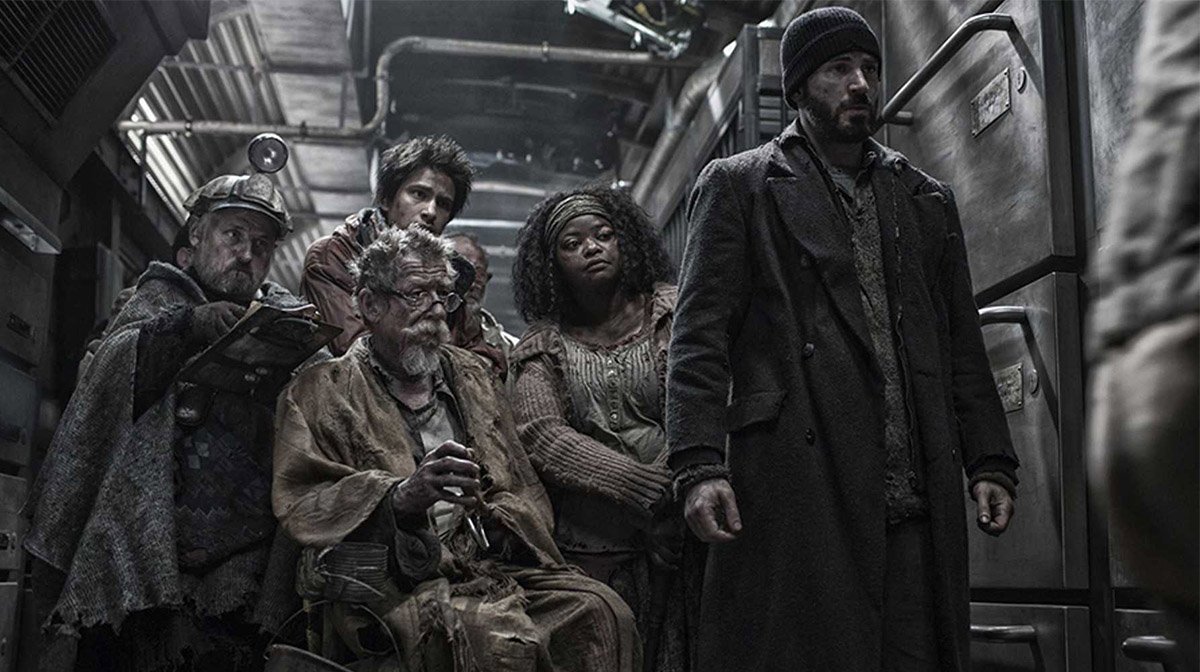 It was the story concept that perhaps put people off.

It is insanely ridiculous: in the future, human interference has caused a second ice age, and the last human survivors are now living in a train that circles the world on an endless journey. Absurdist theatre at its finest, right?

Like all the best stories, Snowpiercer is about a lot more than an insane train journey around a desolate, frozen world. Class warfare, revolution, capitalism, and a stark appraisal of the highs and lows of the human spirit are examined, and shown in a way that is both casual in its approach, while being so heavy-handed even the most blinkered viewer would understand its message. 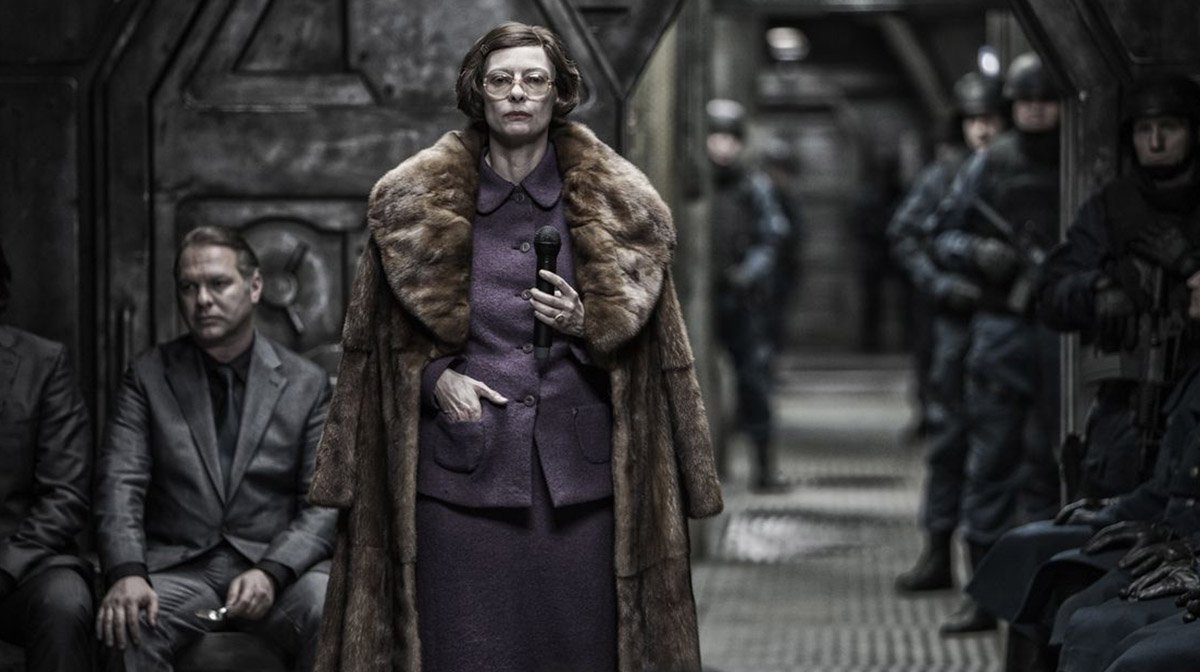 After a bit of exposition, the film starts at the very last carriage on the super-train. Here live the proletariat; in tight, grimy, cramped conditions.

There are no windows, and the people on the train have been living in this way for 16 years. Resentment at their lives has led to a bubbling over of revolution, with Chris Evans at the lead, and Jamie Bell as the young sidekick who has only ever known life in the dark, poverty-stricken carriage.

Preventing their escape from the carriage are heavily armed guards, and we’re shown just how brutal they and their masters can be when a passenger is shown tortured in a suitably grotesque way. 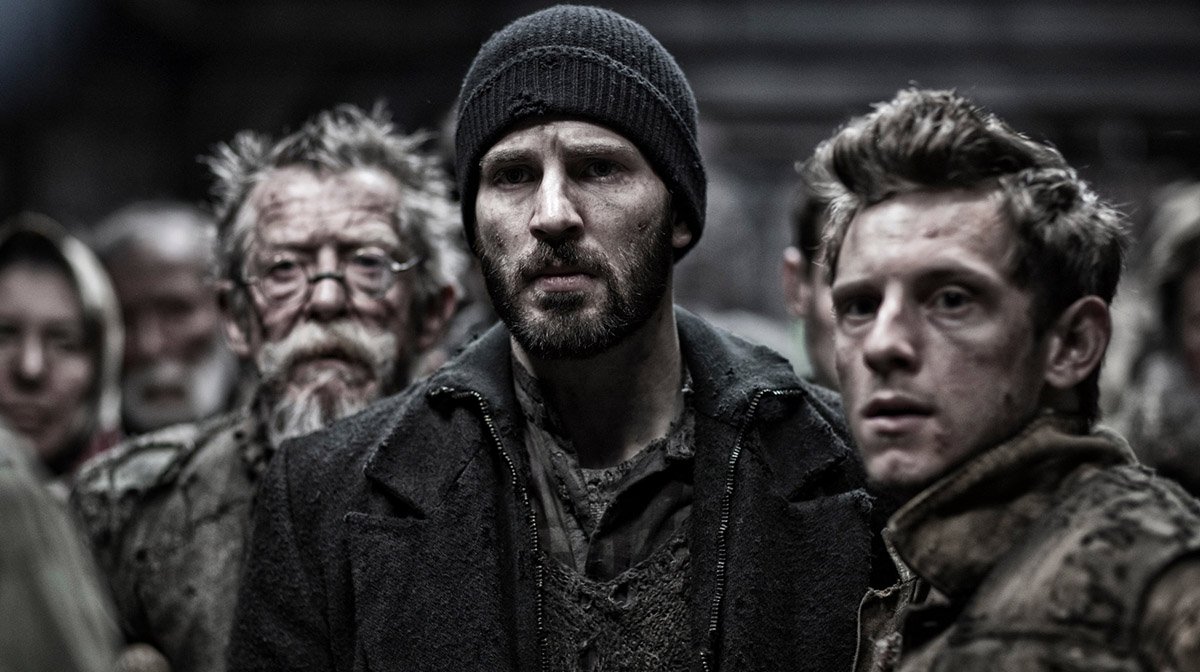 So begins a surreal journey from the back of the train to the front. Here is where the design of the film starts to shine through.

Each carriage that they pass through on their way to the front of the train is a beautiful, highly detailed dream. Self-sustainable aquariums, a sushi bar, a classroom… all explained as a means to keep the right balance of life going in the train’s endless cycle around the globe.

It’s as bonkers as it sounds. The right blend of graphic novel inspired ultra-violence takes it in turns to be funny, shocking, or genuinely subversive. 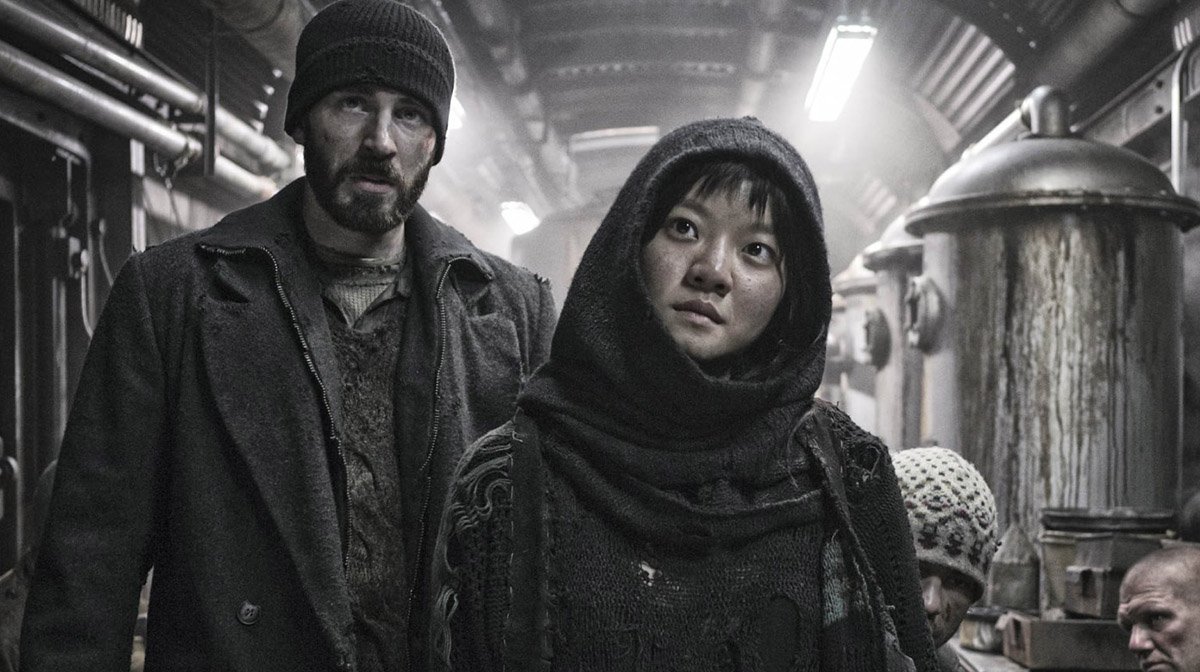 There’s more than a little art-house influence amongst the standard rebellion tale, and that simply adds to the beauty, and the occasional moment of shock. One of the reasons why Snowpiercer works is because it is telling a story on many levels.

On the one hand, there are the dynamic action sequences that are there for entertainment and excitement.

Then there’s the subversive themes, and the radicalism that critiques the limitations of any revolution that simply maintains the use of the same social machinery as the system being rebelled against. 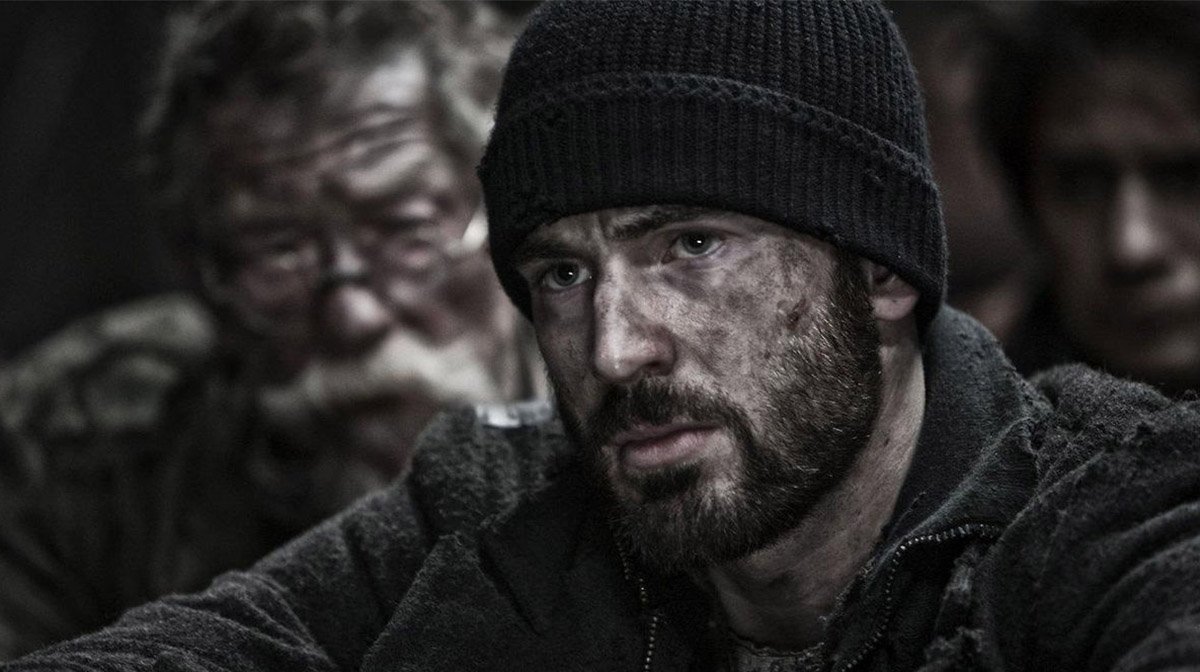 Snowpiercer questions that notion, and then straps plastic explosive to it and blows the bloody doors off. The system needs to be destroyed.

That transcendence to a new approach to revolution is at the core of Snowpiercer, and the reason why it is one of the defining films of the last decade.

A political fable that includes some awesome hatchet fights, and the shock of diving into a dark tunnel as oppressors are trying to kill you is an odd match, and it doesn’t always work.

The absurd setting may suit the themes of the story perfectly, but it certainly makes for some massive plot holes and serious questions about where exactly people live on the train. 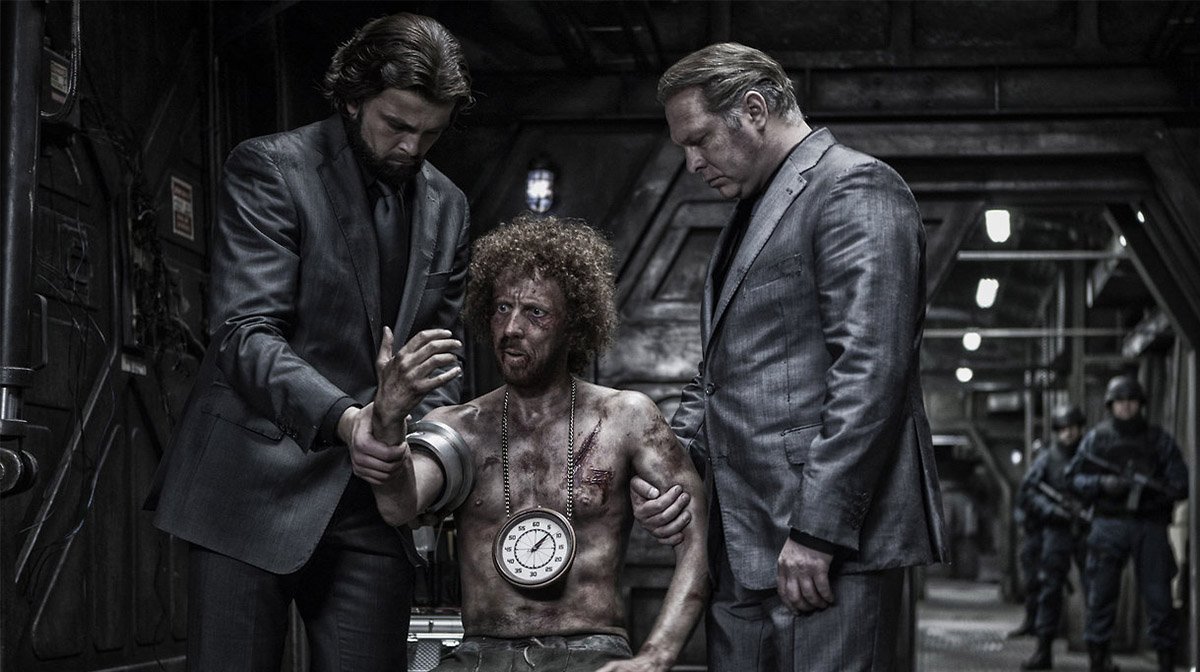 You can’t really talk about Snowpiercer these days without mentioning Charlie And The Chocolate Factory. A fan theory claims that Snowpeircer is a direct sequel to the Willy Wonka film, and it’s not entirely unconvincing.

Both stories are about a small group of people working their way through a large and unbelievable structure, and characters are lost in a variety of ways at every stage of the journey.

Just as Charlie finds out that the journey was the test, so too does Evans. Economic lines are drawn, and just as Evans fights to survive in amongst the poverty, so too does Charlie and his family.

The parallels are there, and if there is any truth in the theory, then the fate of the Oompa Loompas is truly horrifying. 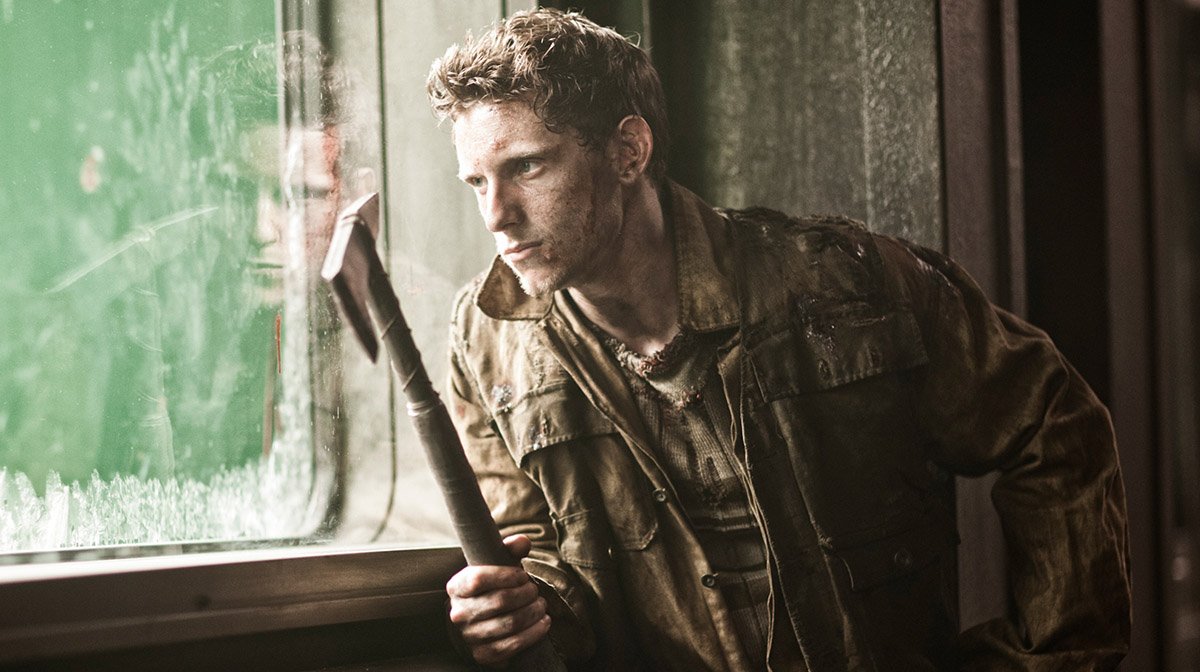 However, Snowpeircer is a violent, dark, and wicked parable that is perhaps guilty of a knowing nod at the classic Roald Dahl themes, while taking them in a whole new, political direction.

Snowpiercer is brutal, exciting, visually stunning, and loaded with top-notch talent both in front of and behind the camera. But, perhaps the biggest takeaway for fans of Snowpiercer is that should ecological collapse happen soon, we know what tastes best.