It would be nice to think that the patience of Rick And Morty fans is going to pay off in terms of having ongoing storylines resolved in season four of the hit show, but unfortunately, Dan Harmon and Justin Roiland aren’t known for their fan service.

As brilliant as Rick And Morty might be, it has a habit of introducing ideas, characters, and storylines that, well, just fade away in the chaos of the next episode.

However, hope is at hand. Not only are we about get slapped in the eyeholes with some brand new episodes, the fact that the show now has the luxury of a 70 episode order means that Harmon and Roiland can get down to some serious world-building and intricate storytelling.

With the crossed fingers, here are the top ten storylines we want to see more of. 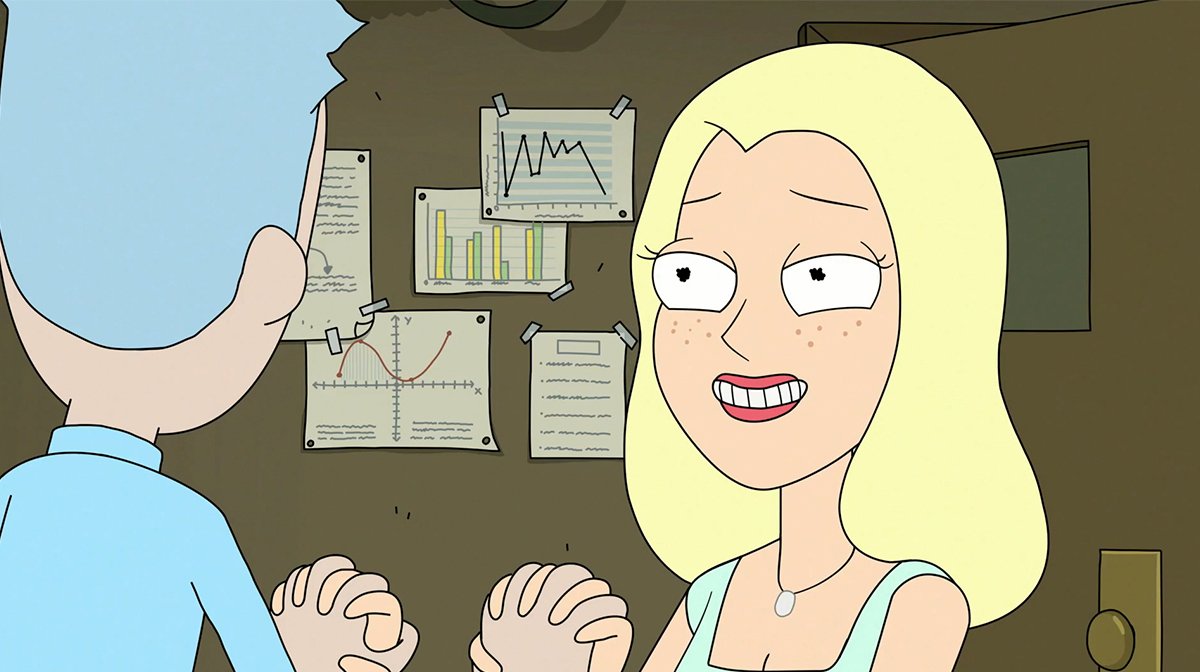 If there’s one thing that fans want to know more about, it’s what happened to Diane Sanchez.

Wife to Rick and mother to Beth Smith, the closest that we’ve come to any hints about her or her life were made up by Rick to distract the government lackey played by Nathan Fillion.

What was so special about Diane? What happened to her? Knowing the writers of Rick And Morty, it’s going to be amazing to find out, but expect a touch of fear as well. It’s probably going to get dark.

The Battle Of Blood Ridge 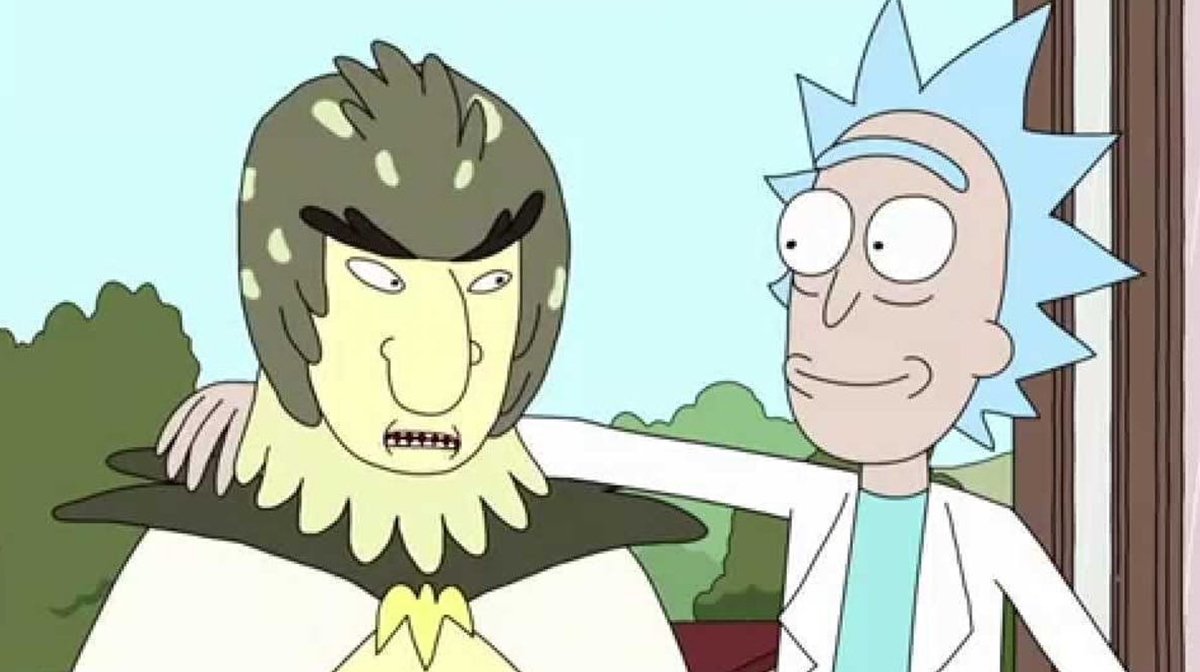 In The Wedding Squanchers, Rick mentions that (among other insults about weddings) Birdperson’s defining moment was at the Battle of Blood Ridge.

This throwaway line might not have any chance of being revisited, but it’s certainly been the cause of some speculation and inspiration (we are big fans of this picture by illustrator Joel Kilpatrick).

Did you forget about Morty Jr.? Have Harmon and Roiland? It might be true that the episode that introduced Morty’s alien baby, Raising Gazorpazorp, is one of the weakest episodes so far, but there was still a lot to love.

Morty Jr. was one of those things. How could you not love the evolution of an aggressive alien baby into a thoughtful writer of literature with serious daddy issues?

If we see Morty Jr. again, you can bet he’s going to be a villain. At the very least, Morty Jr. is a part of the Smith family. To forget and dismiss him would be a weird choice.

Sure, the whole point of Atlantis was that the audience didn’t get to see it.

Should fans get to see the fabled Atlantis? Or is it enough to simply know that it exists, and that Morty managed to pull some mermaid puss? 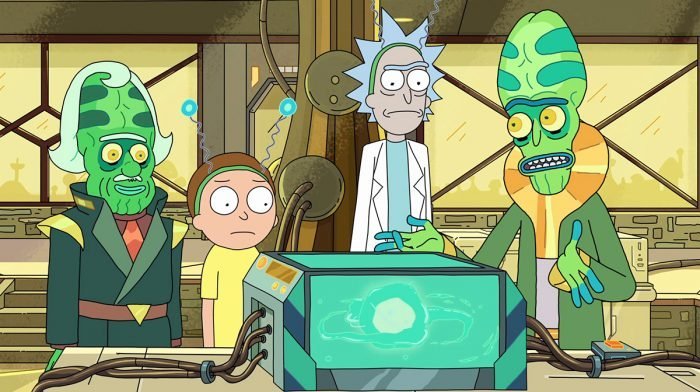 One of the most thoughtful (and funny) Rick And Morty episodes, The Ricks Must Be Crazy, touched on such deep philosophical topics as the nature of God, the meaning of life, and the inadequacies of a limited universe.

More importantly, it introduced the Microverse and the scientist within it, who wasn’t too dissimilar to Rick himself. Zeep ended the episode with a thoughtful gaze into the universe, extending his middle finger and deadpanning ‘peace among worlds’.

Of course, time works very differently in the Microverse, and Zeep has already created his own miniverse, so who knows how old he is now, or if his need for vengeance has been long-numbed. 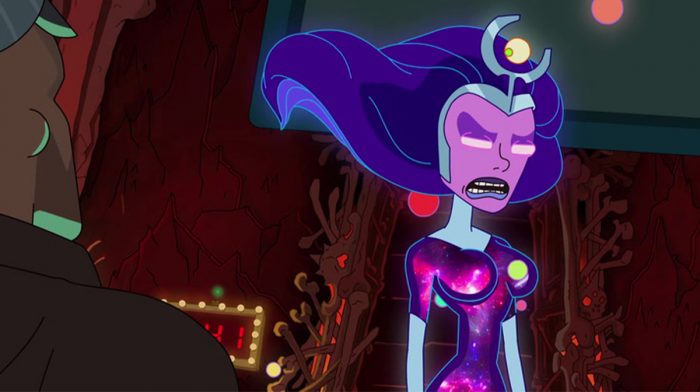 Alright, so they’re mostly dead, but not all of them. While Rick may have accidentally killed the majority of the Vindicators after getting blackout drunk, Supernova managed to survive. We might never see her again, but it would be a shame if that were the case.

The Vindicators were well set-up to make fun of the superhero team-up craze, and there’s still a lot of fun that can be made from that.

Supernova lost her friends, lover, and ex-husband in Vindicators 3: The Return of Worldender, so it’s not that much of a leap to assume that she too is going to want vengeance. Maybe even a Supernova and Zeep team-up! Just leave Noob Noob out of it.

A former lover of Rick, the Unity entity is a genderless horror of the type usually reserved for The Thing or Invasion of the Body Snatchers. In this show, Unity is far more sympathetic, but that doesn’t negate the fact that its goal is to assimilate the universe and become ‘what the single-minded once called a god’.

Of course, if Rick’s suicide attempt at the end of the episode is anything to go by, then he’s probably not going to fight her in this goal until it affects him and his family. Seeing former lovers become mortal enemies is something that is always going to be fun to watch, and with the collapse of the Galactic Federation, Unity might be closer to that godhood than ever before. Let’s hope she comes back soon. 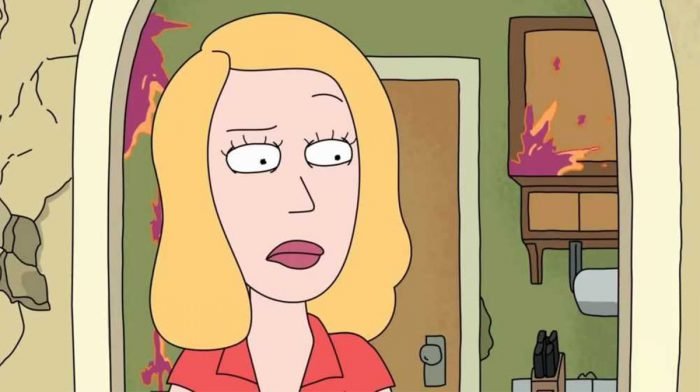 The finale of season three saw Beth Smith faced with a very challenging decision. Embrace freedom and explore the universe, or commit to her life as a homeowner, mother, and wife?

If you take The Rickchurian Candidate at face value, then Beth refused to selfishly have herself cloned just so that she could go off on her travels. Unfortunately, neither the audience or Beth are 100 percent convinced that she isn’t the clone.

Is this a storyline that needs resolving? Is the current Beth Smith a clone? If so, where is the original, and what will happen when she returns?

This classic episode of Rick And Morty again examined the notion of self-identity, and if we get a Beth clone that does indeed start ‘going Blade Runner‘ it’s going to be confusing times ahead for the Smith family.

With an end credits scene that shook audiences to the core, the resurrection of Birdperson as a Terminator-like cyborg version was certainly a surprise.

As with many of these unresolved storylines, fans expected some continuation in season three, but it failed to materialise. Where Tammy and Phoenixperson are now is anybody’s guess, especially after the collapse of the Federation.

Will Tammy still have the motive to hunt down Rick? How will Summer react to seeing her best friend as an enemy? Whether it’s this season or in one of the next 70 episodes, this is one storyline that needs to be returned to.

We don’t know his origins or his goals, but it’s very clear that Eyepatch Morty has a plan. And it’s very likely a plan that isn’t going to do C-137 Rick any favours.

Is he the original Morty from Rick’s original universe? Who knows, but the fan theories have probably covered every possible eventuality at this point!

Rick doesn’t even know that Evil Morty exists. He wasn’t there for the big reveal at the end of the season one episode Close Rick-counters Of The Rick Kind, and the whole point of Tales From The Citadel is that ‘our’ Rick and Morty weren’t there.

That means Rick has absolutely no idea of the threat against him, and that will no doubt have serious repercussions for the man who thinks he knows everything. 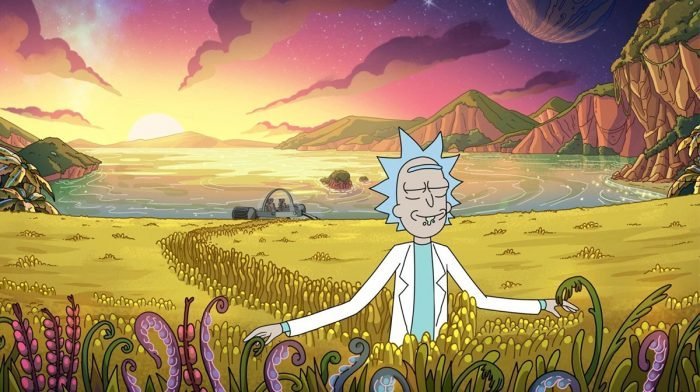 Season four of Rick And Morty has questions to answer, but don’t expect to have all of your curiosity sated immediately.

With 70 episodes on the way, and the skill of Harmon and Roiland when it comes to subverting expectations and going their own way, there’s plenty of time for answers to come.

Knowing the creators of Rick And Morty, there’s going to be a lot more questions to ask first. Then again, nobody exists on purpose, nobody belongs anywhere, everybody’s gonna die. Come watch TV.

Rick And Morty will return to Adult Swim on Sunday 10th November. In the UK season four will hit Channel 4 in January 2020.

To celebrate season four we will be dropping a new product each week, inspired by the week’s episode. So check back here each week for some fantastic Rick And Morty merch! 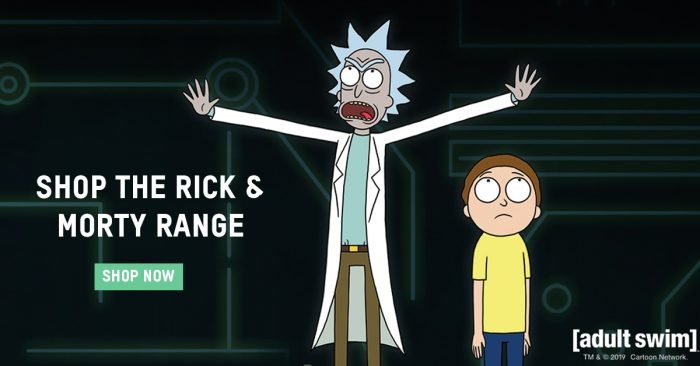