Brea Grant wears a lot of hats in the film world. She’s an actor, a writer, a producer and a director. Most recently, she has hopped behind the camera to direct her second feature film, 12 Hour Shift, playing as part of FrightFest.

But when Mandy’s cousin slips up and misplaces a kidney, everything starts to fall apart. From murders in a parking lot to a DIY kidney removal, 12 Hour Shift isn’t afraid to make this dark story hilarious.

Zavvi chatted with Grant about the film and the importance of creating women characters who are anti-heroes.

Zavvi: Congratulations on the movie. Where did you get the inspiration for this tale of organ theft and nurses?

Brea: I wrote it while I was spending a lot of time in a hospital. I have an elderly father. I was thinking about hospitals a lot. So write what you know, right?

I started writing it then and I’ve always really loved the urban legends of the ’90s, like the one about the person who wakes up in the bathtub with their kidneys missing, and on the mirror it says, “go to the hospital right now.” This is a little bit of my story of where those kidneys went. So it’s a mixture of that, writing about the town that I grew up in, and hospitals and nurses.

I think anyone who’s spent any time in a hospital knows you spend so much more time with the nurses than you do the doctors. But all these TV shows are about doctors. My brother is a nurse, I have family members who are nurses, so I just think they’re unrepresented in a lot of media. 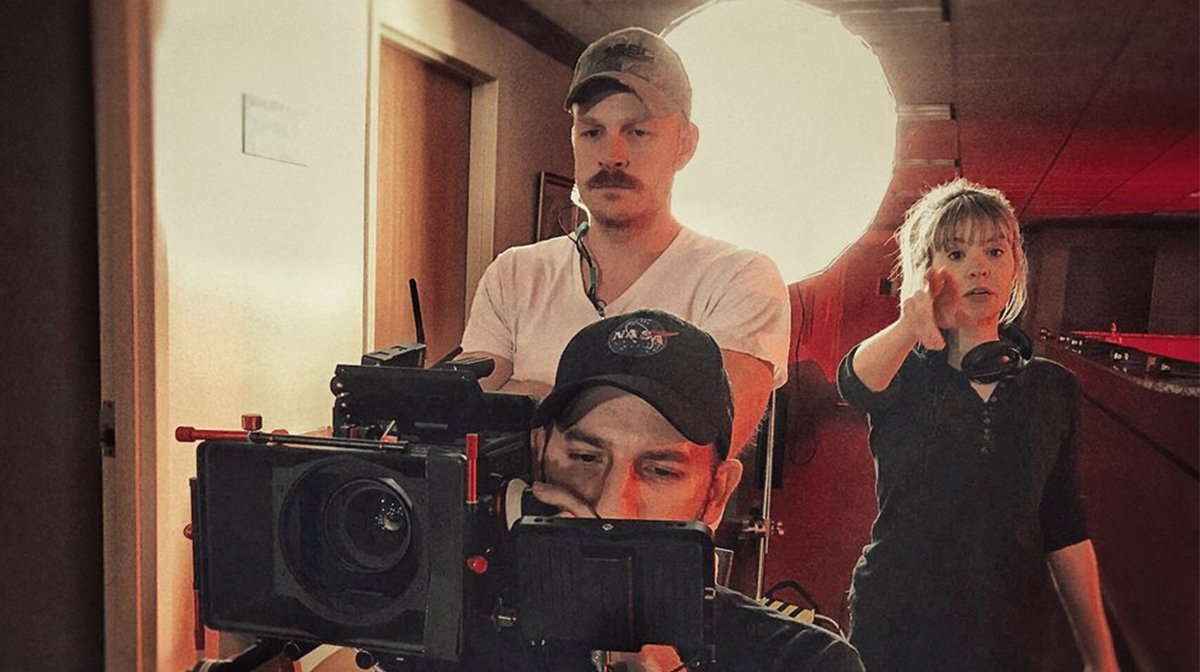 Zavvi: I love that. My aunt’s a nurse and her stories are nuts coming out of hospitals. And she always says, “we do more work than the doctors.” And it’s so true. Nurses are the best.

Grant: They do, they take care of you. We would all be lost without them. They’re completely overworked, they have too many patients, it’s just a really intense situation every time they go to work.

[A hospital] is a great place to set a movie because there’s people in and out and they’re already dealing with so much. And then on top of that, they have this whole scheme that they’re trying to do. 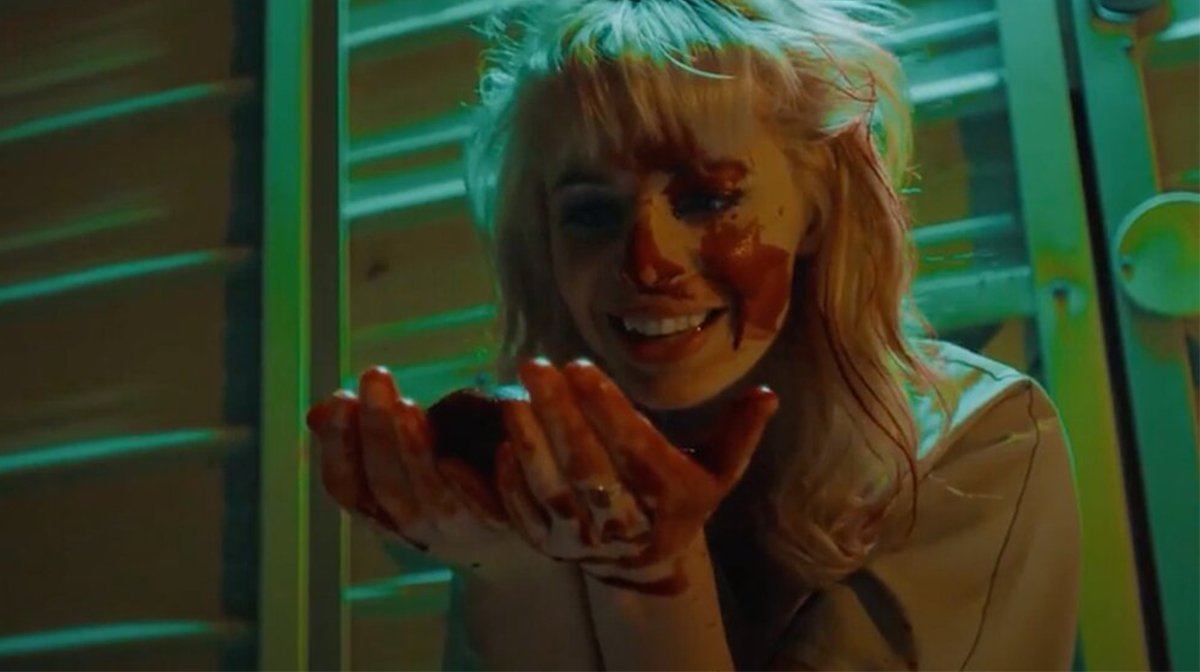 Zavvi: Well, it also says a lot about the complexities of the American healthcare system and rampant drug addiction problems. You portray a nuanced version of the complex situation. The film says, “hey, these people are really overworked, and the American healthcare system is terrible, and just because they’re drug addicts doesn’t mean they’re bad people.”

Grant: That was the goal. I think the other thing that really influenced this movie was I wanted to write a female antihero because we don’t see them very often. We will have like ten seasons of that show House and he gets to be curmudgeonly and we’re like, “he’s so amazing.” 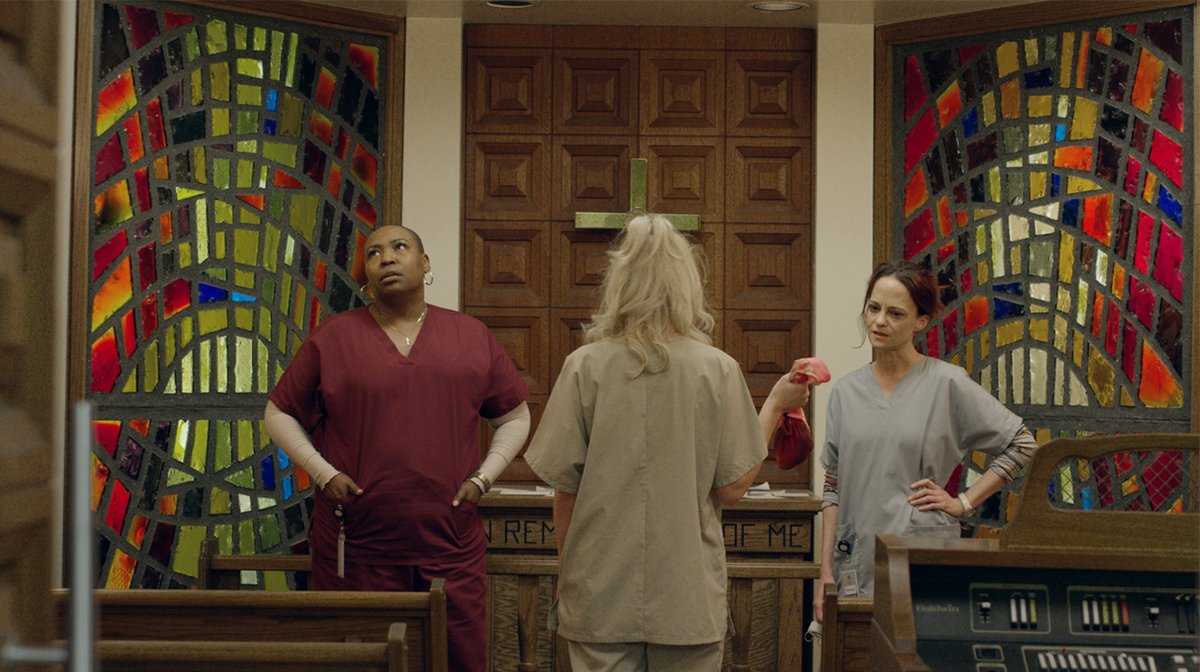 Zavvi: [Mandy is] kind of grumpy and I love that. What was it like working with Angela Bettis on this role?

Brea: Amazing. I come from an acting background and I would sit at the monitor and think I should quit acting because she’s so good. She’s just so subtle and been doing this forever. She brings such gravitas to the movie.

I think any other person I would put in that role, it could have ended up being a really flighty movie or a movie that didn’t feel grounded. But because she’s in it, we can have all these wacky characters that come in and out and she makes the movie feel realistic. I have a musical number in the middle of it. 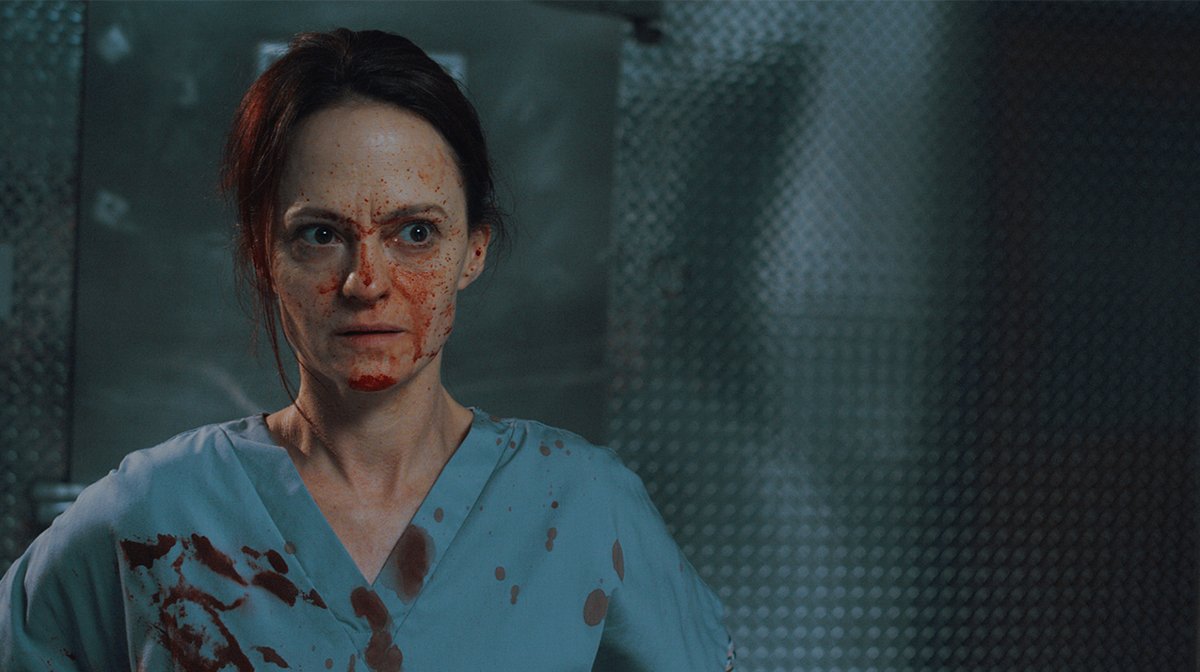 Zavvi: Okay. That musical number is amazing. The religious music while two people are slicing out organs, genius. Another moment I really liked was the cheese puff scene with Regina. You gave these characters a lot of depth for a relatively short movie. You didn’t necessarily need the cheese puff scene, but I think it was crucial to understanding Regina and her attitude. Why did you want to add that part to the film?

Grant: I feel like I have a long history with cheese puffs. But we wanted to introduce Regina in a way where I’m trying to think of a good way to, let me phrase this. I wanted to show Regina in Regina’s world. 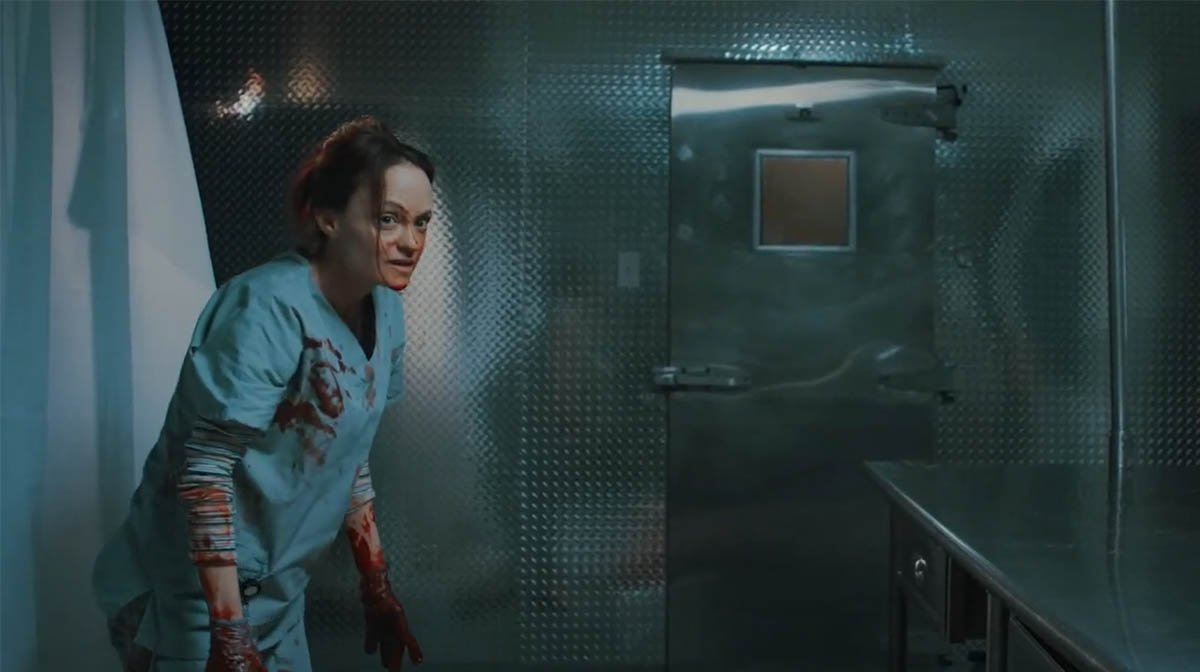 That was really important and I think my main goal with her, even though she may come across as ditzy, I do think that she is the lead of her own movie.

In her head, she is doing exactly what she should be doing at all times. And she is probably a true psychopath.

When talking to Chloe [Farnworth] about the character, I told her, “you are a psychopath.” Chloe’s audition, just to speak to that, was amazing. So amazing that I had to meet her in person to make sure she wasn’t a psychopath. She’s the nicest person you’ll ever meet, but it was scary. 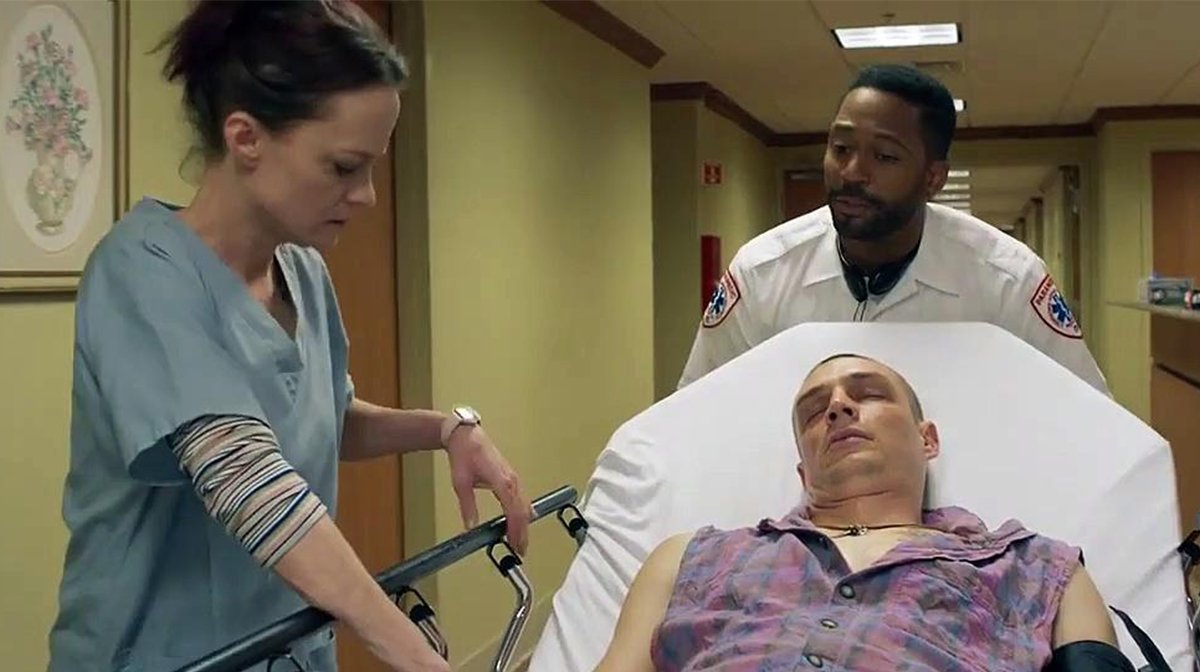 I wanted all these little moments of Regina being in Regina’s world before we threw her into the rest of the movie, because we needed to be able to sympathise with her in some way. And I don’t think Regina thinks she was doing anything wrong by joyriding around town when she was supposed to meet somewhere else, meeting up with her boyfriend, who she throws chips at.

I think that’s just her life and to her that seems very normal, and I wanted us to see them do all of this normal mundane sh*t before they get into the craziness of it all.

Zavvi: I love that. Again, because it’s not just these flat bad guys. They’re fun. 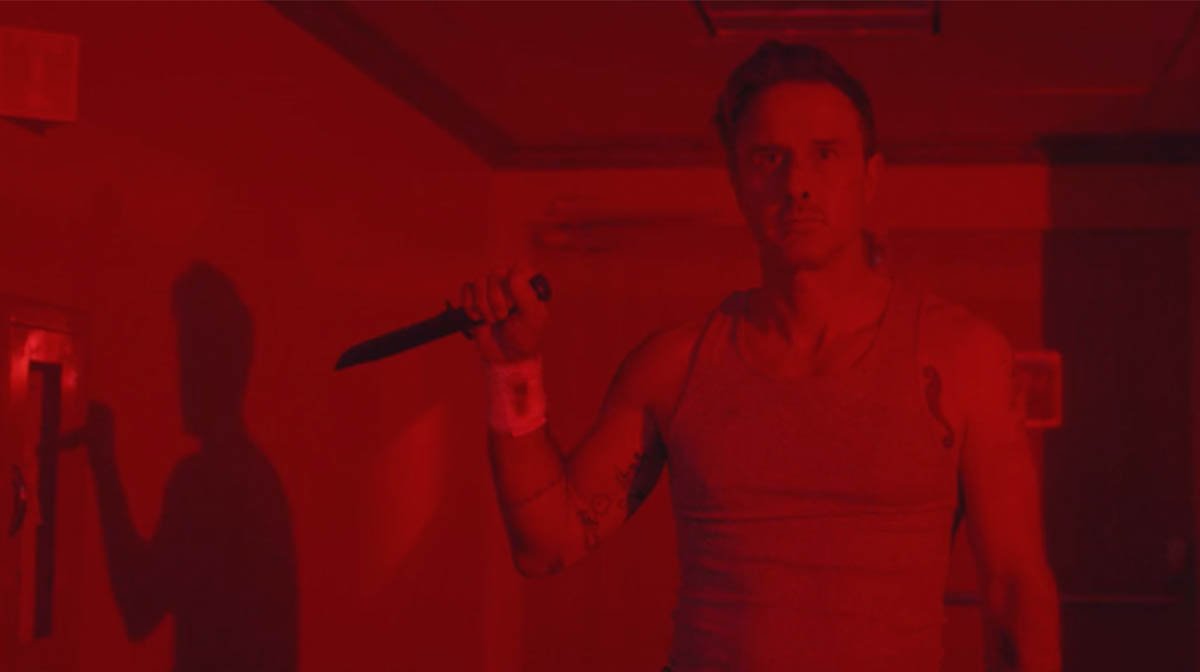 Zavvi: I wanted to talk to you about the music, because it’s like this really cool kind of classical and rock combo. What was it like working with composer Matt Glass to get this really awesome score?

Grant: Well, Matt is my producer, he’s also the cinematographer. So I have to give him a shout out for doing so much work on this movie. He’s an amazing composer too.

So from the start we knew he was a composer and while shooting, we were sending stuff back and forth to each other. We really both loved the Us soundtrack. 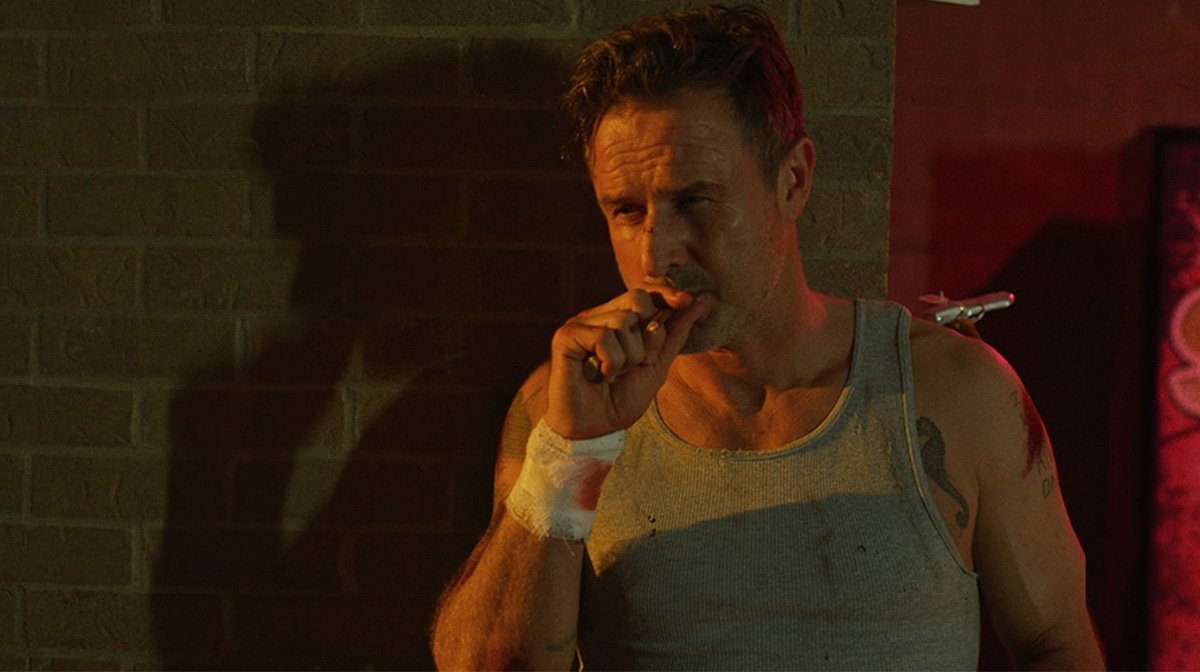 We had a lot of trouble. We put a bunch of different stuff in the movie. When you’re doing rough cuts, you’re throwing in a bunch of ideas and none of them quite fit. And then we had this idea the movie opens with these really driving drum beats with no tones at all. I thought that that really fed into the non-judgment of this character.

You can make your own choice about her because there’s no sour notes making you go, “oh, she’s bad,” or a happy high note making you think she’s good. She is who you take her as in the first couple of minutes.

Then we have this operatic stuff. Matt’s idea was that was what Regina actually hears in her head as she’s walking around. That everything she does is sort of a beautiful opera, and I think it totally worked. 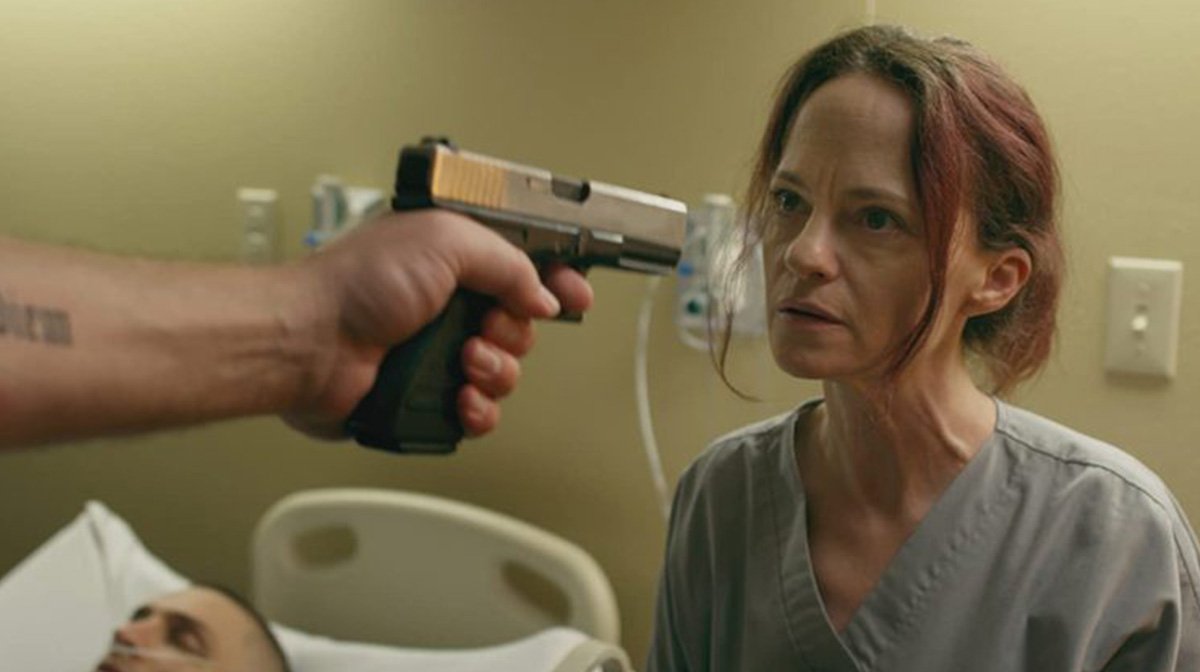 I do think I have a lot of comedy in everything I do, I think that also is a genre I play with. But I think, as a creator, horror allows you so much space and you can do interesting things about bigger subjects within horror and that have a larger meaning to them, a political meaning, sociopolitical meaning, without hitting the nail on the head.

I just don’t think I’m a person who goes and makes the serious drama about opiate addictions, but I am the person who will make this bloody dark comedy about a nurse with an addiction and still have her be a likable protagonist.

12 Hour Shift screens at FrightFest and will play on Friday 28th August at 8.45pm on the virtual Arrow Video Screen.