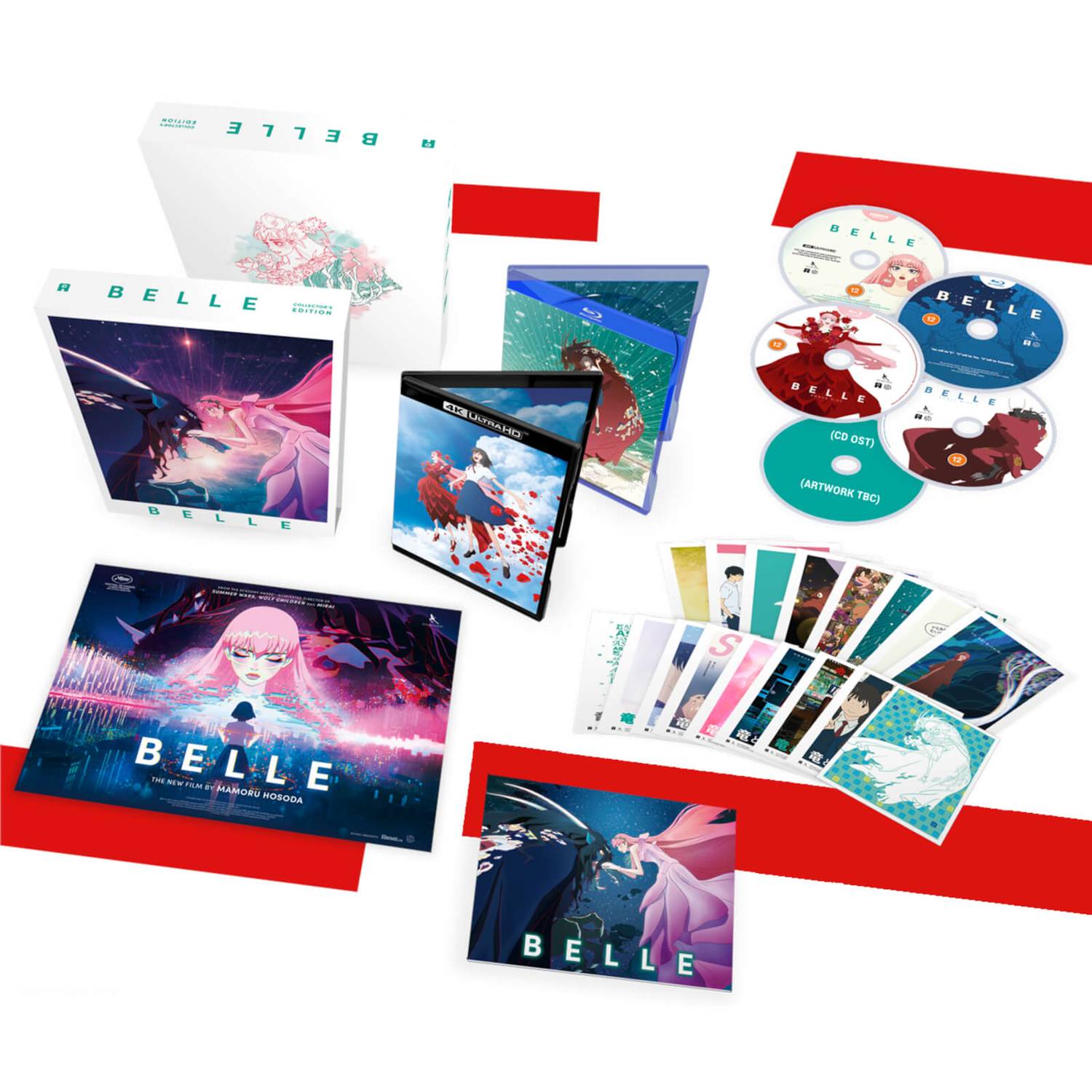 Suzu is a shy high school student living in a rural village. For years, she has only been a shadow of herself. But when she enters "U", a massive virtual world, she escapes into her online persona as Belle, a globally-beloved singer.

CD: Contains the Japanese soundtrack to the film.

Suzu is a shy high school student living in a rural village. For years, she has only been a shadow of herself. But when she enters "U", a massive virtual world, she escapes into her online persona as Belle, a globally-beloved singer.

CD: Contains the Japanese soundtrack to the film.

This edition of Belle is amazing! The packaging is beautiful and so is the film. Unfortunately my item was damaged but Zavvi replaced it IMMEDIATELY. I can't stress enough how awesome their customer service team has been. Thanks guys! Five stars all around!

This was the first time I watched this film. It was a blind buy, which was a bit risky at that time, but it ended up being really worth it. The films was really good and the animation was really well done, and the dolby vision really added to it. The picture quality was really good, the picture was sharp and clear, and the colours really popped. Not only was the PQ really good, this limited edition set from Anime Limited was really good, and what you got really made it feel like a premium product. I felt that the price was worth it, especially when you get 5 discs (4x Blu-rays & a soundtrack CD), postcards and a book. I can easily highly recommend this set to anyone.

An absolutely amazing set! This is one of the best pieces of anime physical media I own, and I have quite a few on my shelf. If you're a collector like me, and you love anime, this is highly recommended!

Starting with the physical product: it’s another fantastic all the anime/zavvi exclusive collectors edition. Everything has a high quality finish from the gloss finish on the outer box to the page quality in the art book - to which the content is typical of a anime collectors edition but still insightful to the films creation. The film itself is also a magical experience. Definitely up there with Wolf Children, Summer Wars and the other's - it’s a film you will want to watch again in the near future. Couldn’t recommend highly enough

Retellings of old fairy tales are ten-a-penny. It can be easy to get lost in all the different versions of that story. Hosoda’s internet-era fairy tale is stunning. It is heartbreakingly beautiful, and touches greater themes of of beauty, pain, compassion, and self-love. A must for anyone looking for a fairy tale with some actual depth to it. Cannot recommend it highly enough.

After waiting for the release due to stock issues (which zavvi kept you in the loop so you knew what was happening) its finally arrived. No damage during postage, once opened up the cds were where they are supposed to be the art work that you recieve looks amazing on glossed card the poster is a4 size but I'm ok with that, and there is even a card that tells you which edition you have out of 3000. Overall super happy with this purchase and can't wait to watch it.