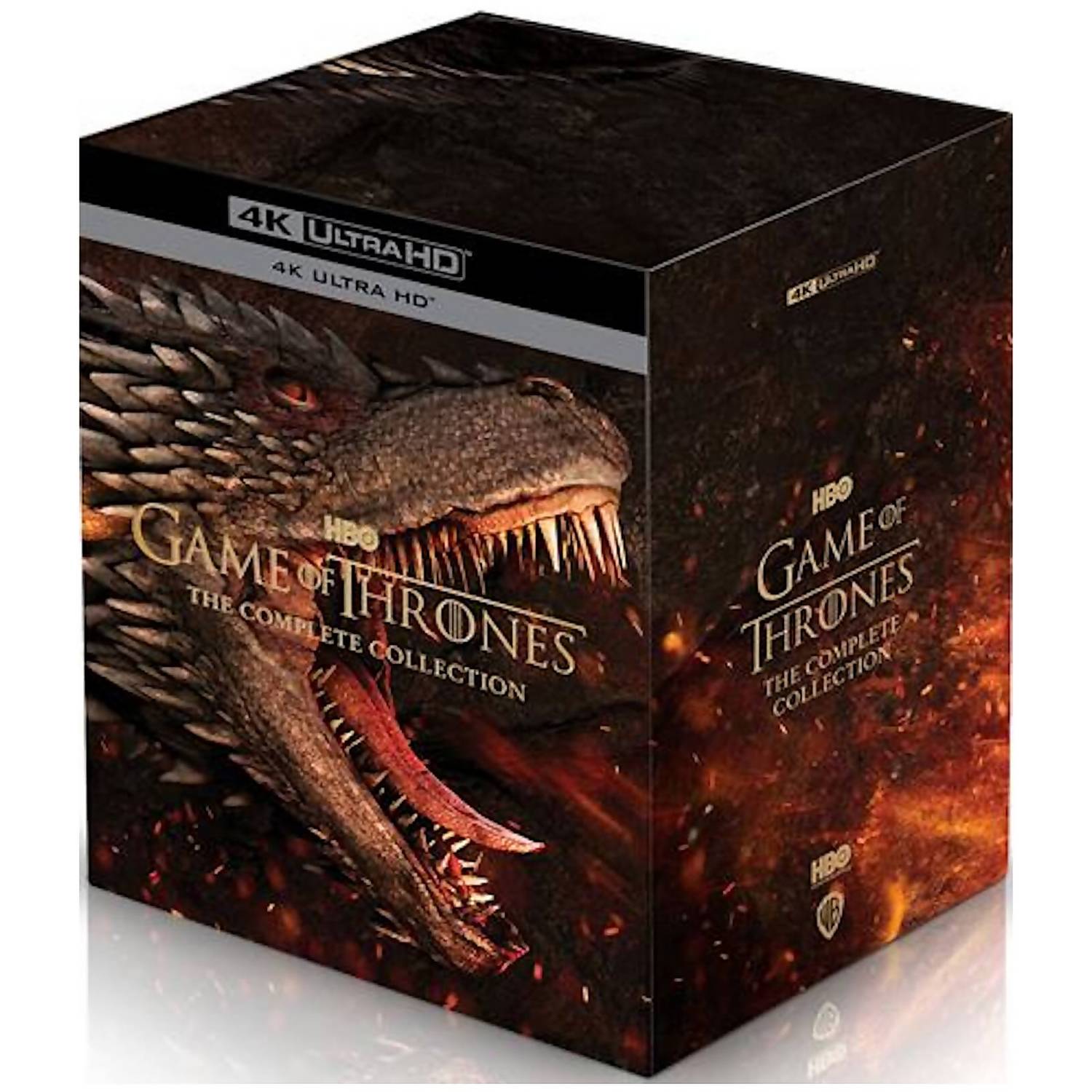 Though I'm only near the end of season 2, having watched before on either DVD or Bluray, the 4k print is exceptional and a major improvement, both in terms of detail and colour realism. The picture creates a great atmosphere, from the frozen wastelands of the North to the southern deserts and the Atmos soundtrack does a great job of just 'being there', without distracting. Dialogue is crystal clear. Presentation of the boxset is only Okay and mundane and while there are lots of extras, I don't yet know if there's anything new as I'm again absorbed by the storytelling. The only negatives are that each disc doesn't default to the Atmos soundtrack, meaning you have to select it each time you put in the disc, and Season 8 (on which I'm saying nothing!). For fans, and especially those who have a high quality display and sound system, I think this will definitely be a treat and worth the quite hefty purchase price.

In 4K and Dolby Vision, this is stunning. Worth collection.

For The Night Is Dark And Full Of Terrors.

When you play the Game Of Thrones, you win, or you die. The TV show of all TV shows. From start to finish this series keeps on giving. Never let's up. So much rich story, so much violence and so much gore! I love it. Everytime I watch the series I always find something new. You will too.

OK, if your here, it’s because of one and one reason alone... Let me answer this for you. YES THIS IS WORTH THE PRICE TAG!! If you bing watched this first time round your in for a real treat...the 4k scaling is mind blowing!! Remember this entire production was made for the sole purpose of etching its story deep into history with cinematics and CGI to match..you will not be disappointed! If your here with a curious nature and a few of your fellow axe wieldin...ahem, forgive me...If your friends with fellow fantasy types and your sick of them stating..’You haven’t seen Game of Thrones yet??’...time to dive in..dive in knee deep till your bathing in Lannister blood, flying high with The breaker of chains, waiting series after series for Winter to come’ and ‘You know nothing John Snow...’ Treat yourself now, this is the only box set you need on your mantle piece..Feeling brave? Send a boxset to your Mother in Law and tell her the first episode reminds you of her and her brother....she’ll laugh a little then hate you.. Time to dive in peeps!! For the horde!!.....wait, that was Warcraft. Enjoy and thank me later X

The quality of this box set is superb. The picture quality I expected but the sound is a huge improvement. Well worth the outlay.

4K UHD is the Ultimate Game Of Thrones Experience

If you've seen Game of Thrones you'll know how dark some of the cinematography of the night battles are, you could barely see anything in some scenes. This was mostly due to restricted compression by streaming sevices. But in 4K Ultra HD the compression is much better so you can now see everything in its full glory. The black point is spot on, the shadows are opened up and the highlights are no longer blown out. In 4K Ultra HD the colour is now vibrant and the image is clean, crisp and detailed, unlike the washed out colours and pixelation you've probably seen when it was streamed. The Atmos sound track is great too, the dragons will make you jump from your seat. You can select the 5.1 sound track but even hearing the Atmos track on a 5.1 or a stereo set-up is still much better. Each season has its own special features and each episode has its own audio commentary track. Plus there's a special features bonus disc with loads of cool behind the scenes stuff, most of which you've probably never seen before. The box artwork is lovely and the embossing on the slip cover is very nice. This is quite an expensive box set but it's worth every penny, especially if you can get a Zavvi discount. It's a set that every fan should have in their collection.

Not a lot to say really. Arrived on time and in good condition, was packaged well and kept safe during transit thankfully. As for the product itself sound and picture quality are both excellent would recommend to any fan of the series.

This is truly amazing. I did not expect such a significant improvement in picture quality as well as sound . The picture quality is stunning , and the sound is reference Dolby Atmos. Buy with confidence and let this wonderful series thrill you all over again .