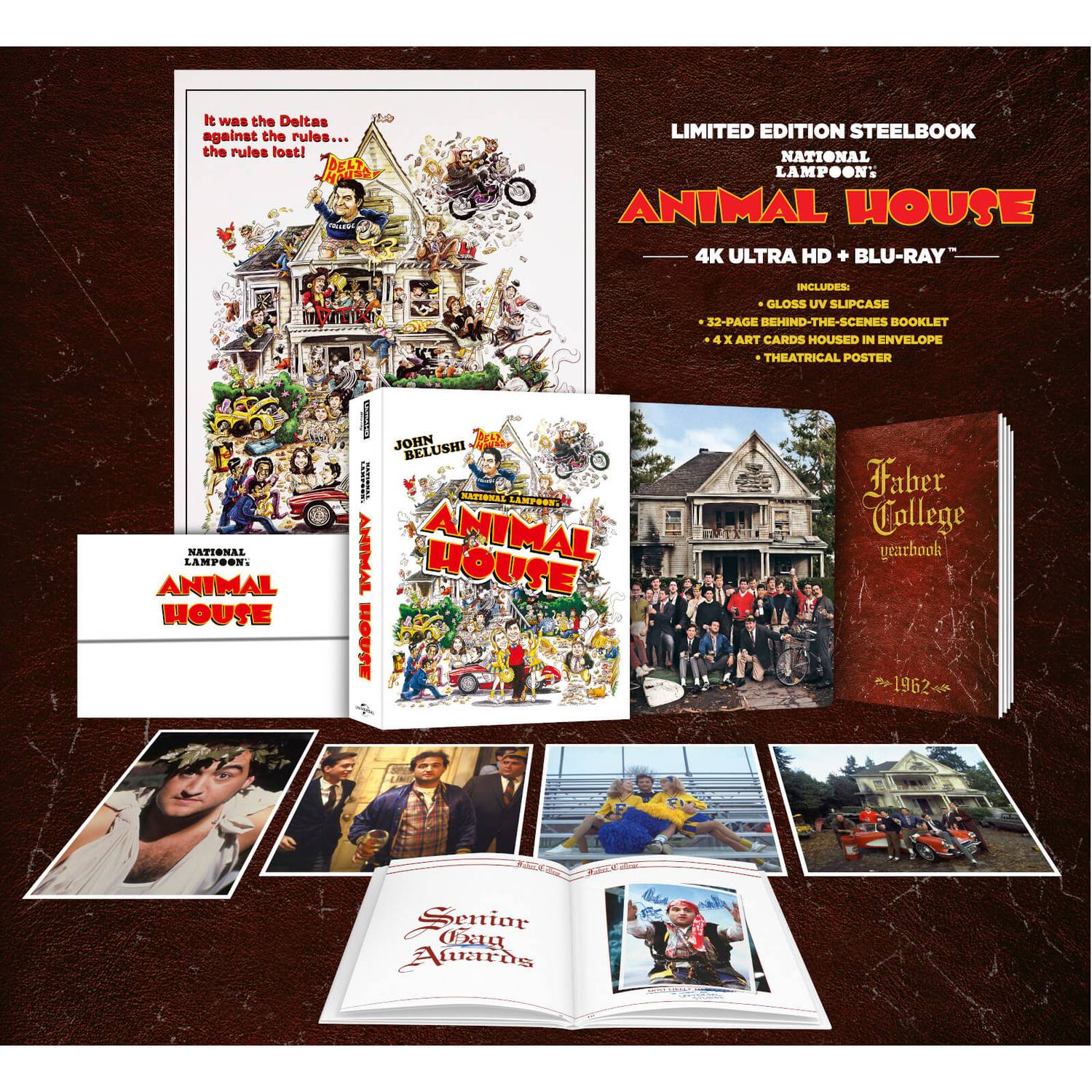 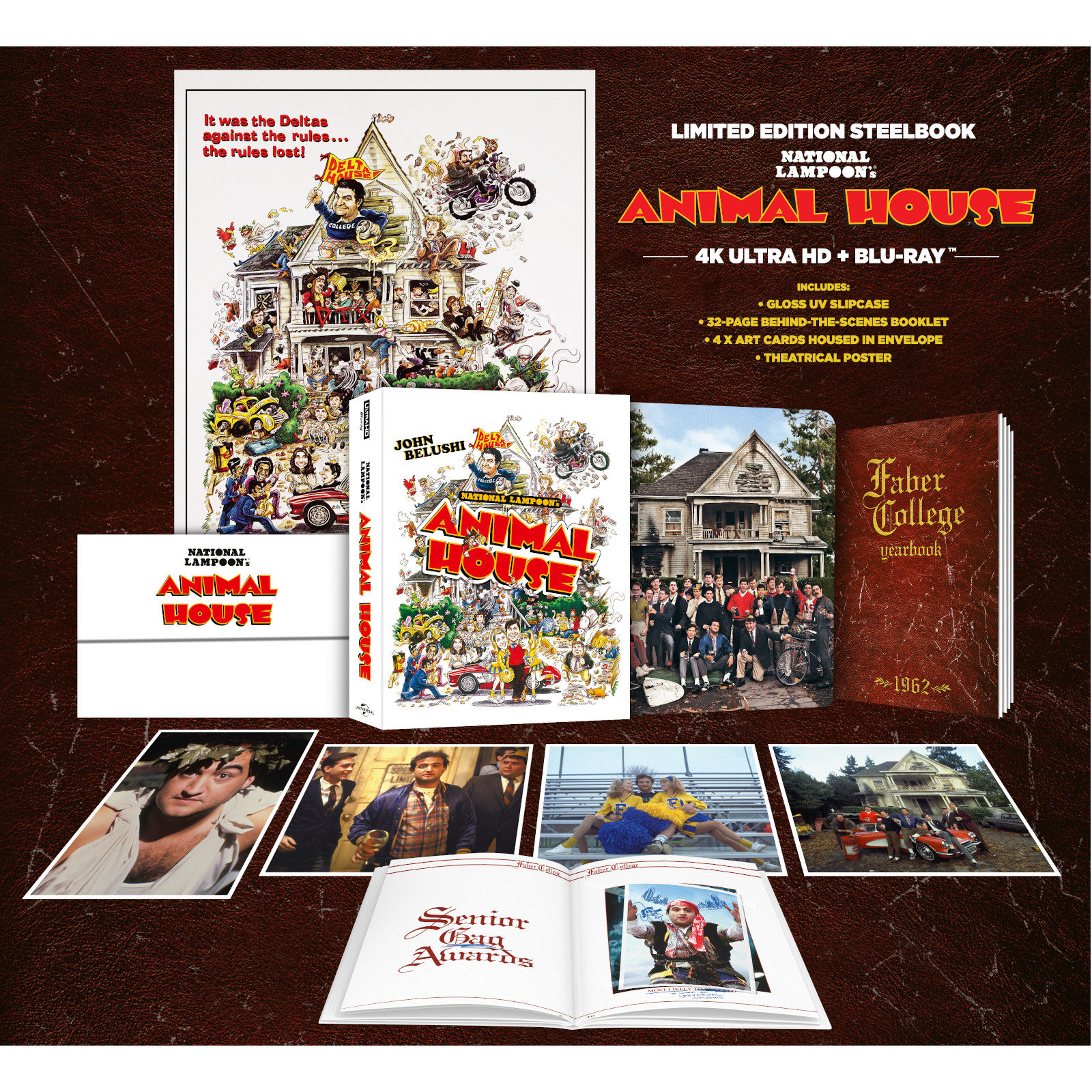 Beautiful 4k but it keeps going really dark in places!

John Landis' 1978 comedy masterpiece, National Lampoon's Animal House - written by Harold Ramis, Douglas Kenney and Chris Miller and based on their own personal experiences - has exploded in style onto 4K UHD with more style than Bluto's mashed-potato-filled cheeks. Beautifully presented with accompanying art cards, 'yearbook', replica poster and some new features as well as a beautiful steelbook case, it looks and sounds better than ever - having owned this title on various formats over the years (it's my all-time favourite comedy) , it's hard to believe that this could ever be bettered. I rarely pre-order titles, but this was a must-have, and Zavvi didn't let me down, delivering a full three days before the official release date!

Never ever imagined I would ever have Animal house on 4K let alone a steelbook box set , this is one serious collectors item for fans , the 4K transfer is amazing with sharp deep colours , the sound track is the best I have herd it and the extras are on another level , totally thrilled with this the box the poster the booklet the cards & of course the steelbook are just amazing , would love to see more films like this make there way to such special editions complete and utter must especially the fact it’s an exclusive

Beautiful Release especially for Steelbook Collectors. Comes with a high quality slip box and all the goodies such as Art Cards Extras etc.

The final word for this genius comedy. The best edition on the planet! "change my mind"

A true classic, took me back in time to the first time I watched it in the pictures Belushi at his best, great comedy moments

What a surprise that Animal House got a 4k limited edition. A classic 70s comedy that makes all other gross out teen collage movies look like a tea party. The extras are stunning and the art cards and booklet are a great addition.

Got this for the missus who loves this movie. The print is clean with natural grain and good colour grading. The package is nice with some cool bits and bobs. Same film so if you like that type of comedy you will still love it. I do not but it does what it does well.

Great quality collectible SteelBook has a great looking slip case with some art cards and book would recommend.