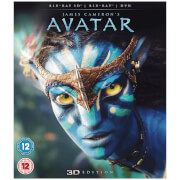 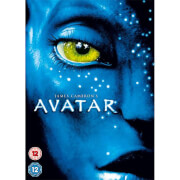 Experience the spectacular world of James Cameron’s AVATAR as never before with this all-new Collector’s Edition release. Watch the extended version of the film, then treat your senses to an unprecedented beyond-the-scenes look at the greatest adventure of all time. 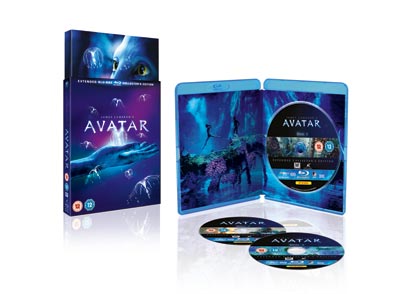 Experience the spectacular world of James Cameron’s AVATAR as never before with this all-new Collector’s Edition release. Watch the extended version of the film, then treat your senses to an unprecedented beyond-the-scenes look at the greatest adventure of all time.

Very nice and cool design worth for the money! :D

If you like the movie, this Extended Collector's Edition is the right decision! It looks great in my movie collection.

Avatar : Not that bad.

I saw Avatar at the cinema and was underwhelmed. On Blu-ray this gave me the chance to re-evaluate the film - looks great and without the 3D distraction. Worth a look!

The movie is just ok, basic story and well done. However the visual effects are just simply brilliant and make Avatar a must see movie!

Excellence In a Blue(Ray) World

This Purchase is Bluetastic! I loved the film Avatar when I first saw it in 3D. The subsequent releases of bigger and better versions, has thankfully coincided with my purchase of a Blueray player. The exta detail, clarity and dimention the format gives is exceptional. I watched the film avidly and my enjoyment was probably greater than my initial cinema experience. I consider 3D as a bit of a fancy, an additional tool for cinema goers to enjoy new films. I am very happy with my new purchase. Thanks, Sendit!

This 3-disc blu-ray of Avatar is a good example of how blu-ray is supposed to be. Very good image and sound and an overall feeling of good quality makes this a must have blu-ray. After all, Avatar is one of the most stunning pictures ever made.

Must have for the Digital Film maker!

This is the definite Avatar BluRay release. The extended version managed to fill in some of the gaps of the story. I bought this collection primarily for the "making of" documentary "Capturing Pandora". It is a great resource for students of modern film making. If you are a fan of visual effects, the special features are simply joy and revelation to watch. My only complaint is that the version I bought is meant for Region B, and I had a region A PS3 player. I managed to get around the problem by getting a region B bluray player.