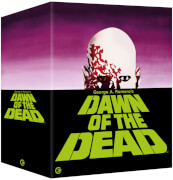 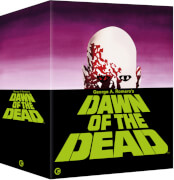 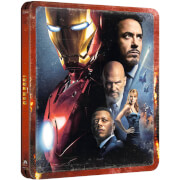 Texas Chainsaw, the US #1 box office hit, picks up directly where the terrifying 1974 Texas Chainsaw Massacre ended, with the repercussions of Leatherface's shocking slayings. In the aftermath of Tobe Hooper's classic, the townspeople take dramatic action against the Sawyer family. They had long suspected the family were responsible for several mysterious disappearances and had their suspicions finally confirmed when a young woman escaped the house. Word of the murders quickly spread, and a vigilante mob of enraged locals surrounded the Sawyer stronghold, burning it to the ground and killing every last member of the family - or so they thought...

Texas Chainsaw, the US #1 box office hit, picks up directly where the terrifying 1974 Texas Chainsaw Massacre ended, with the repercussions of Leatherface's shocking slayings. In the aftermath of Tobe Hooper's classic, the townspeople take dramatic action against the Sawyer family. They had long suspected the family were responsible for several mysterious disappearances and had their suspicions finally confirmed when a young woman escaped the house. Word of the murders quickly spread, and a vigilante mob of enraged locals surrounded the Sawyer stronghold, burning it to the ground and killing every last member of the family - or so they thought...

Don't get me wrong, the cover art for this film is phenomenal. Truly amazing! The only real problem about the film itself is how it can only play on Region B players... which do not exist in America. It is my fault that I bought an incompatible film, but luckily, I possess an all-regions version. For the most part, I just bought the film for the exquisite 40th anniversary design. If I lived in Europe, there would be nothing to complain about. The only thing I'm trying to figure out though, is why this particular film is restricted to region B, but every other movie I bought from zavvi happens to be internationally compatible.

The HD upscale on this is far more superior than the standard blu-ray edition.

The start of a legend

What can I say about this movie that hasn’t been said before? Tobe Hooper 1974 classic movie has inspired countless movies and ripe off in the horror genre and the slasher sub genre. The movie looks great in the new transfer and the sound quality is excellent. The artwork on the steel book is nice and fits the feel of the movie well.

The first and greatest, accept no imitations

Well, I'm sure you don't need me to tell you that this is an epochal horror classic, one of the all-time greats, and still every bit as raw and unnerving to this day... The blu-ray transfer is a real treat, never has this film looked better. On top of that, there are more special features than you can swing a chainsaw at. The steelbook it's self looks even better in the flesh, and looks great in any self-respecting horror fan's collection, or maybe even hanging on meathooks depending on preference. All in all, the only movie with the words "Texas" and "Chainsaw" in the title that you ever need to watch, and an excelsior blu-ray that belongs in any horror fan's life

The film is very good and is like a horror film should be. The quality of the picture is very good. The extras are very intresting (there is a lot) The steelbook is excellent, really like the look of this one.

must buy for collectors!

Thoroughly impressed with this, came in absolutely mint condition. Artwork is amazing, and really stands out. This is my first steel book purchase, and as a massive Texas Chainsaw fan, I am very happy I got this. Tonnes of extras too, for a bargain price. The original Texas Chainsaw on blu ray? How can you say no to that? Fantastic job of restoring it to blu ray. Must buy if you're a Texas Chainsaw fan.

The perfect present for anyone who loves this movie!!! A wonderful limited edition for the anniversary. The steelbook looks great and it came quickly and perfectly. One of the best steelbooks!

This was a top Movie in the 70s and still pretty good today the Steel book is very nicely done it complements the art in those days.

I was pleased with the overall quality of the texas chainsaw massacre 40th anniversary blu-ray steelbook, nice and different design accompanied by a matt finish plus a great near perfect new transfer that any horror fan or fan of this movie in general would be happy with it takes a nice spot on my shelf with my other steels. I found zavvi very quick and safe to deal with too, no problems with delivery or damage to the item. Thanks.

Texas Chainsaw Massacre is probably one of the most famous horrors ever to be made. A truly gritty look into the insane backwaters of America. It's sort of along the same lines as Deliverence; in a land as vast as America there are real possibilities of personal risk if you meet the wrong people. Meet the wrong people in small-town America - you're never seen again; no traces. I've studied film at university, the camera-work in this movie is breathtaking, and adds to the intenseness of the imagery. What's most worrying is that this film is 'based' on actual events, this kind of stuff can and does happen. This film will shock you, and will stick in your mind for a long time.