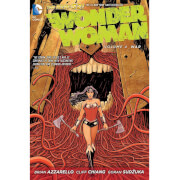 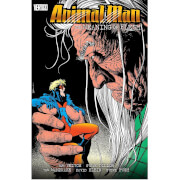 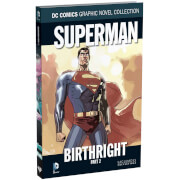 He fell from the sky like a shooting star, the last son of the dying planet Krypton. Years later, he took to the sky again, the sworn protector of the planet he now calls home. But what happened in between? The true story has never been told... until now!

He fell from the sky like a shooting star, the last son of the dying planet Krypton. Years later, he took to the sky again, the sworn protector of the planet he now calls home. But what happened in between? The true story has never been told... until now!

Great retelling of the Man of Steel's origin

I ordered 10 of the DC Graphic Novels from the Eaglemoss collection. The content was a great story, and the presentation of the comics is beautifull. The shipping charge was quite reasonable, considering they were shipping 10 hardcover books over an ocean. And the parcel arrived promptly with all books in perfect condition.

Well worth picking up these DC COMICS GRAPHIC NOVEL COLLECTION titles. They're often on offer, and a bargain when they are.

Got this book in one of zavvi amazing deals. Fantastic service

Great Superman story, even though he's not my favourite DC character, it's an amazing story, well written, drawn and presented in this GN. Arrived quickly, well packaged and in excellent condition Went towards completing my growing collection

Brought this as part of an offer Zavvi had on, actually brought 24 🤩 to help bulk out my existing collection on D.C. graphic novels. Great price, great service very happy 😀

Zavvi has in a short time become one of my favourite online stores - latest order does not disappoint! One of the reasons I’m happy to keep coming back is the opportunity to get great stories like this and other merchandise from DC all in one place. Speaking about the product itself: This is an excellent superman story which I think goes back to the rootd of what makes the man of steel an interesting character to begin with and features a great portrayal of his Arch-Nemesis. Happy to recommend it for fans of Superman and more ”down-to-earth” type stories.