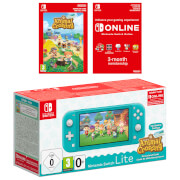 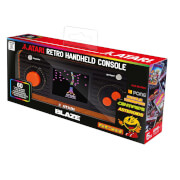 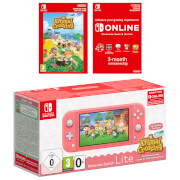 The new Xbox 360® 4GB Console. Here today, ready for tomorrow with a brand new, leaner machine. Wi-Fi is built in for easier connection to the world of entertainment on Xbox LIVE, where HD movies and TV stream in an instant. It’s ready for the controller-free experiences of Kinect—you don’t just play the game, you are the game. Xbox 360 is more games, entertainment, and fun. 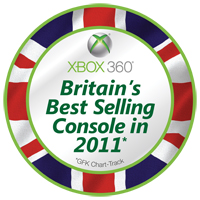 The new Xbox 360® 4GB Console. Here today, ready for tomorrow with a brand new, leaner machine. Wi-Fi is built in for easier connection to the world of entertainment on Xbox LIVE, where HD movies and TV stream in an instant. It’s ready for the controller-free experiences of Kinect—you don’t just play the game, you are the game. Xbox 360 is more games, entertainment, and fun.

Great deal on this device, I used a lot for games, films and Sky Go.

Great deal and fast delivery. What more could you ask for!!

Fab console, at a great price. Zavvi offered quick delivery. The console is very easy set up, my son is delighted with it.

I was lucky & received the last & final update to Xbox 360 with the Corona motherboard. With an APU rather than separate CPU & GPU. This is much more stable than my old one, Smaller & the touch buttons are a nice touch, Also wi-fi & Kinnect ready, 2 more usb ports. A much improved model & feels it will last for years to come. All in all a very good product & uses 115 Watts compared to 205 Watts from the first Xbox.

I had to get the new Xbox 360 for my son, due to the old version making my son's bedroom like a Turkish sauna that sounded like Heathrow airport... compared to the new one that is - it's so quiet and cold. Easy to set up as well.

Microsoft have really gone all out this time with their latest model of the Xbox 360, the Xbox 360 S. This model answers many peoples wishes by having an on-board wireless chip inside, which for people who hate wires snaking around the house (or just prefer the novelty of a wireless device), is a dream! Set-up of using the wireless functionality is very straight forward and couldn't be more user friendly. But if your old fashion (or your wireless strength is weak) and you prefer to use a wire, then Ethernet capabilities are still present.

The last Xbox i had, it broke down a lot. Now I have upgraded to the new slim version, i haven't had a single problem with it, and its good you don't have to fork out any money towards repair costs or a wireless adaptor. In my opinion, its well worth it.

Hey guys, a lot of people are writing reviews I've noticed because they've seen the £100 voucher thing... But I'm writing this to tell you that this console is a must buy! It's whisper quiet and amazing wifi it delivers what's on the box and trust me the box says alot. Games run, somehow smoother in my sense on the new xbox slim to the original xbox 360. And dont worry about getting the 4GB, I did then payed only about an extra £40-50 for a 250GB hardrive!!!! And that altogether cuts a £40 odd difference to getting a 250GB console, so basically must buy!!!

This X is cheaper than PSP 3k. The best console in the world!