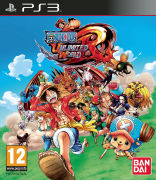 Two of the most critically acclaimed PS2 games of all time are finally making their way to the PlayStation 3. Like God of War 1 and 2, Ico and Shadow of the Colossus will be getting the remastered HD treatment and will give many gamers who didn’t have the chance before to experience these two classics by Team Ico.

Ico and Shadow of the Colossus will be released separately in Japan, but will be bundled together everywhere else. Now that these two legendary games are getting re-releases, what other PlayStation 2 games would you like to see get HD remakes next? 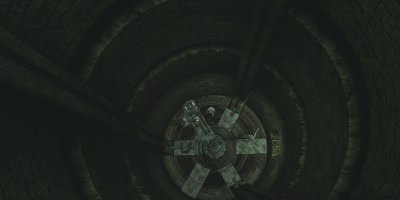 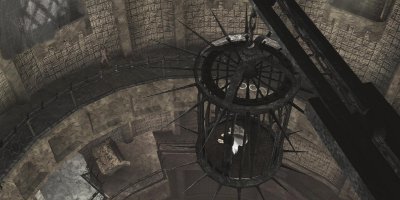 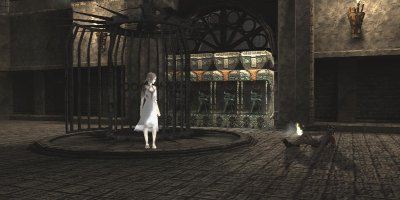 Two of the most critically acclaimed PS2 games of all time are finally making their way to the PlayStation 3. Like God of War 1 and 2, Ico and Shadow of the Colossus will be getting the remastered HD treatment and will give many gamers who didn’t have the chance before to experience these two classics by Team Ico.

Ico and Shadow of the Colossus will be released separately in Japan, but will be bundled together everywhere else. Now that these two legendary games are getting re-releases, what other PlayStation 2 games would you like to see get HD remakes next?

Excellent classic games. A mixture of mystery and agony keep you glued to the screen.

All the memories comes rushing back in pure 3D

Ico and Shadow of the Colossus are 2 of my favourite games on the PS2 and finally receiving it on PS3 in all its HD glory is just amazing. The HD version has taken this piece of art to another level.

Ico & Shadow of the Colossus HD

Two of the best Playstation 2 titles in HD. Who can complain? It is pure joy to be able to explore thw worlds of ICO and Shadow of the colossus again. SotC is smoother and booth games deliver clear HD. For the fans, a must buy. For all those new to the games, this is the way to go. Two fantastic pieces of video game history on one disc.

Two titles from the last generation of consoles that truly deserved to get remastered for the PS3. One of the bigger problems in Shadow of The Colossus, drops in the frame rate, are now gone and the game runs in smooth 30FPS. The game looks amazing in HD and the option of playing it in 3D is there for the people with such a TV. Trophy support for both games make it worth playing through the games multiple times to experience all the games have to offer. But beware, Time Attack in SoTC is something you should only attempt if you have nerves of steel.

A new skin for two masterpieces

ICO and Shadow of the Colossus are more than simple games, these are experiences. Sony has realized two different views of the same world. The first view is poetic, innocent and tend to the escape from a prison. The other one is the opposite, a great, epic quest in a wide, empty, sometimes "creepy". Very few words, very powerful atmosphere.

Ico and Shadow of the Colossus are two of the best games available on the old Playstation 2, and now we can "replay" them in HD! These two games made the Team Ico, one of the best programmers of the world. A piece of history in only one blu-ray disc! Brilliant!

Sometimes you feel that you need something special, something that will soothe your hunger for nice and premium stuff. There is a lot of games on the market, that are used as a placebo for these feelings. But there are games completely changing your attitude and view of the video game business. The games that don't grow old. Welcome the Team ICO Collection. There is a lot to talk about, considering the legendary status of the ICO and Shadow of the Colossus, all words are absolutely pointless. These games changed the PlayStation 2 as a platform and even today they can prove that you can easily fall to their knees and beg for more gameplay like this. Time may have eaten the raw quality of the engine itself, but the HD conversion completely proved worthy. These games look absolutely great on large displays and their visual art is just charming, just like all these years ago. Sounds, dubbing and textures were completely revamped, whole experience is just incredible and, the best of all, framerate droppings from the past were eliminated. If you want to try the best games of the golden era, this is the way. Team ICO Collection is just more than worthy.

These 2 titles first came out separately on the PS2, and at the time each of them was just amazing. Not only technically (everyone wondered how this was possible on a PS2 system), but also in terms of emotion, feelings, art. Now in HD and 60 frames per second on the PS3, they are not just better, they're mind-blowing. You would probably think "well it's just the same 10-years-old game in HD, so that must be ugly". But even on the current standards, these games have something different that makes them beautiful. You just have to try them to be convinced.

I will have no need to change my opinion from review now to review then. as already reviewed by the previous genius ^^ these are 2 EPIC titles that will cost you more to pick up on the ps2 than this double pack. AND IN HD! I beg of everyone of you please push forth on the pre-orders and support this fantastic company with a new title due out this / next year called the last guardian we can only hope that each and every title they create will be as jaw dropping / profound and meaningful to the gaming media as these 2 have been.

2 of the best PS2 titles in the same package

2 of the best games in PS2 which are real classics. Now that those will be available in HD, they're going to masterpieces and a deal that cannot be missed at this price.