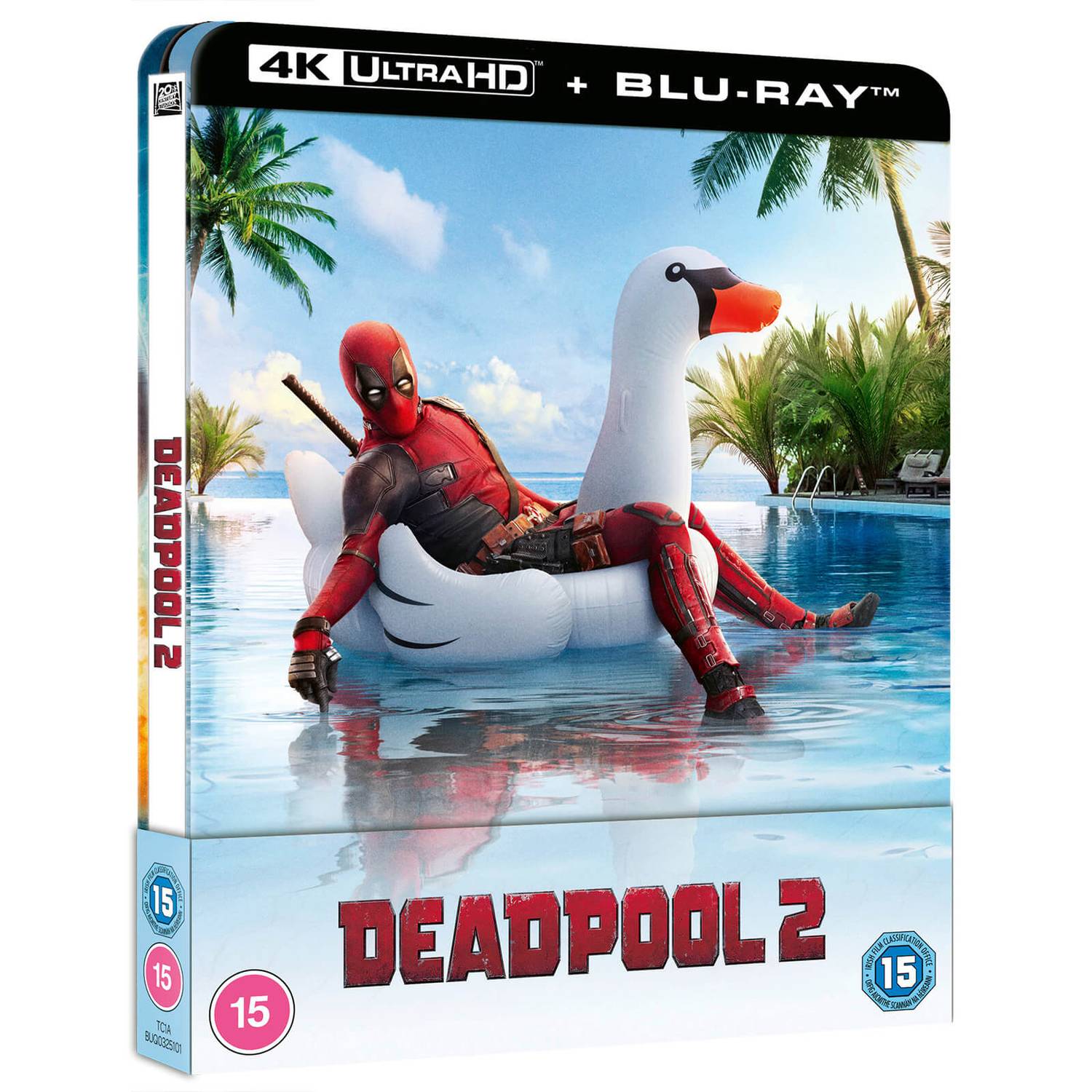 The sequel to the first one!

"A work of genius, it is epic... I can't believe I just said that" - Hugh Jackman (Actor), Someone Like You

"It's hilarious and Ryan Reynolds is pitch perfect" - Lorraine Kelly

The sequel to the first one!

"A work of genius, it is epic... I can't believe I just said that" - Hugh Jackman (Actor), Someone Like You

"It's hilarious and Ryan Reynolds is pitch perfect" - Lorraine Kelly

Just like the first one, awesome lenticular steelbook. I bought both on sale , well worth . I must have for collectors !

Arrived quickly and in perfect condition. Very pleased with purchase and money saved buying from Zavvi. Well worth buying.

Couldn't be happier with this purchase. I've recently been selectively upscaling my collection and I couldn't pass this one up. Love the character and all the cast, this was such a fun sequel. As far as the Steelbook is concerned, amazing quality and design. Much better than some of the other versions I've seen on the market.

Great steelbook, and the 4k presentation of the film is really good.

This is a beautiful quality steel book.

Just received my copy of Deadpool 2, 4K steel book edition. The steel book artwork is really eye-catching and the addition of a lenticular cover makes it, even more, pop up. (literally) Also, it makes for a nice upgrade from standard blu ray. Thank you ZAVVI for shipping internationally - G'day from Australia :)

Great item and I love the service so I know when it will be released and delivered Always returning to Zavvi!

This is one of those rare instances where the steelbook actually looks better in reality than in the pictures. Obviously this is a brilliant sequel to the first Deadpool too. Highly recommended and a great steelbook to add to the collection.