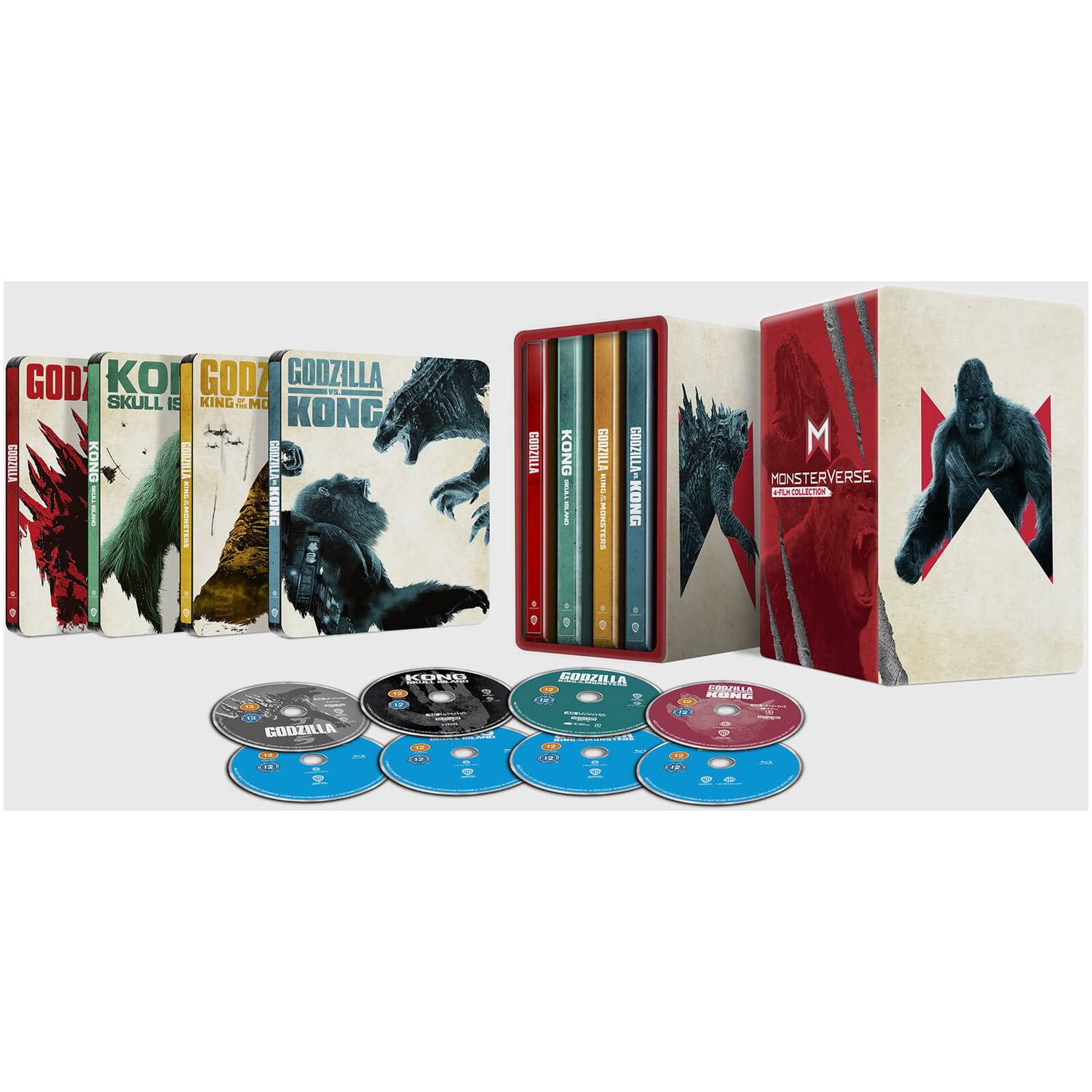 Godzilla: King of the Monsters

Godzilla: King of the Monsters

I have never picked up one of these steelbook sets so thought I would give it a go as I am a fan of these films and I can tell you I am not disappointed. Great looking set in there box and great design don't be a fool grab these well you can. 🦍🦍🦖🦖

One of my favourite pieces in my steelbook collection.

Bought this for the film's but the overall containment of the film's is outstanding with 4 steelbooks encased in a stunning tin with artwork on each side it's a must have for any lovers of the monsterverse.

Amazing selection, amazing steelbooks and a really great packaging. 4 Monsterverse kaiju movies, finally made into a good collection in 4K. Really well made, handled, delivered in pristine condition too and was fast to arrive. Very happy with my purchase and will again.

A very impressive set, both the steelbooks and the display tin look awesome. Came well packaged and delivered very quickly. The designs on each steelbook is great, and as a lover of the monsterverse movies, definitely worth getting! Can't wait to watch them all in 4K!

Nice set of Steelbooks, held in a nice metal case. Steelbooks are held in position by soft foam inlay so are well protected from scratches. Overall a nice matching set. If you like hugh monsters battling it out and destroying cities, and you are a steelbook collector then I would highly recommend this set.

Absolutely love this steelbook set. I had never managed to get kong skull Island 4k steelbook, so when I seen this collection on offer I took the plunge. All 4 films have great 4k dolby vision transfers , but for me it's the dolby atmos that really stands out. Loads of overhead audio and the bass will shake the foundations! Definitely neighbour unfriendly! Thanks zavvi, well packaged and so happy with this in my steelbook collection.