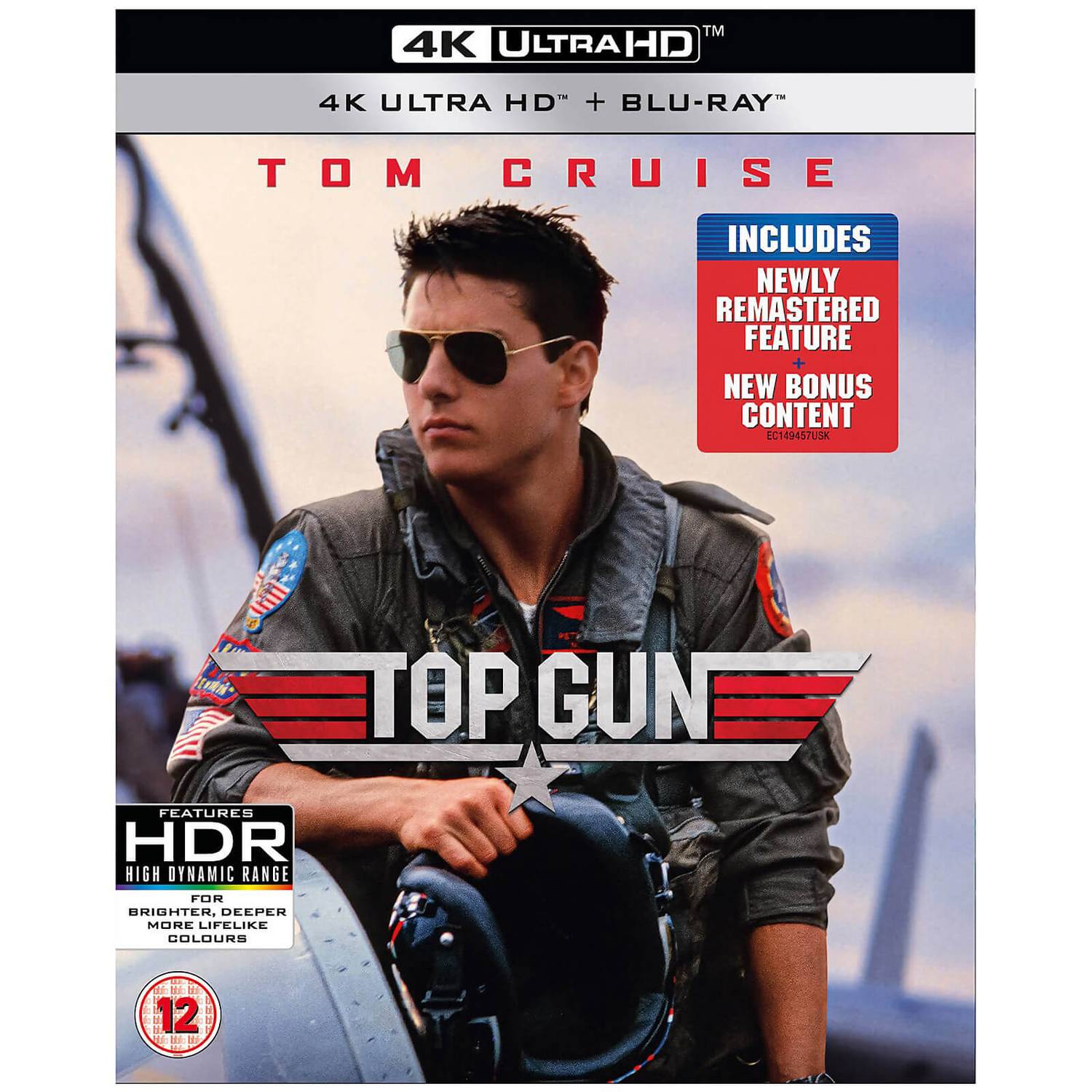 I hadn't watched this film in years, I was bored by it. However, after enjoying the brilliant sequel, I decided to try it again. Bearing in mind that the last time I watched this was on VHS, this was completely different. First of all, I really enjoyed this film, maybe it's because my attention span and interests have changed, and because I don't mind character driven film over constant fx being thrown at me but this film was very enjoyable, and it looked amazing on 4k, far better than it could have looked, it literally looked like a brand new film. I can definitely recommend.

This is a nice upgrade on the much older Blu-ray release. The best upgrade is to the sound on the disc which is really great. Picture is a decent upgrade but not reference level by any means because of the lack of HDR. As always dealing with Zavvi was perfect and item arrived in perfect condition.

A great buy in time for the sequel!

Brilliant remaster of the original Top Gun in 4K. Can't wait to get Maverick too.

Wow, the whole movie from start to finish was eye popping. The 4k resolution and HDR revitalises this movie like it was made yesterday. The Dolby Atmos audio sounds superb through my surround sound set up. Best of all I purchased this movie at a very competitive price. My whole family really enjoyed this edition of Top Gun and to top it off there where no letter boxes, so my whole tv screen was utilised. I highly recommend this nostalgic movie, especially in the 4k HDR format.

Top Gun is worth a watch if you have not seen it in a while, or have not seen it at all. As a film it has limited re-watch appeal for me. Technically, the disc is very good, utilising the uncompressed digital sound very well. The picture transfer from the 35mm to 4k is very good. One word of advice, Zavvi are very stubborn in their approach to delivery charges. Their prices do not include delivery, and this always adds an unnecessary couple of pounds at chechout. ZAVVI need to take note. I would recommend buying elsewhere just because of their excess delivery charge.

Takes your breath away!

One of my all time favourites way back when. If your a fan of the film and have the kit then this disc will not disappoint. Audio I’m lucky enough to be able to take advantage of the atmos audio, and let me say wow! From the opening scene the iconic sound track does sounds the best I’ve ever heard fully utilising the height speakers with that 80s’ mix rocks. Voices remains crystal clear and the sound of the jets fills the room. Picture Again, best looking version of the film and you do get a decent upgrade over the blu Ray, totally recommend! It’s a little grainy but that’s not a bad thing, the colours pop and the detail is excellent. Watched this three times since release, get it now!

What a film even 20 years on its still a fantastic movie, can't wait for top gun 2 ,hopefully order with Zavvi as you get a fantastic service everytime Regards Colin