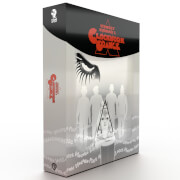 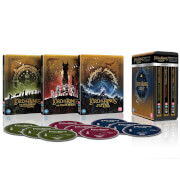 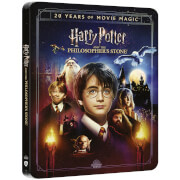 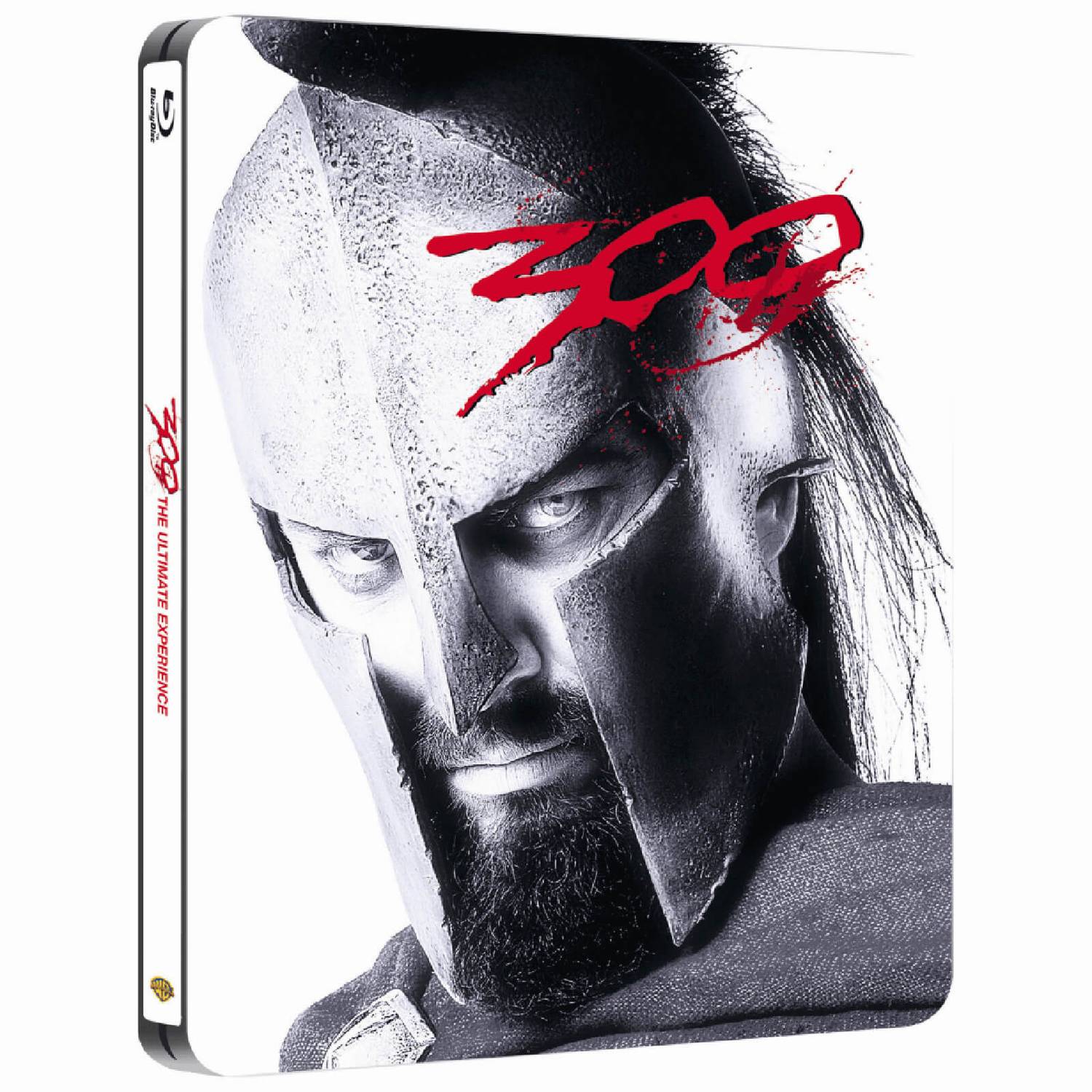 Gerard Butler plays Leonidas, the king of Ancient Sparta. The film based on a graphic novel by Frank Miller, depicts the battle of 300 greeks against the persians at the battle of Thermopylae of 480 BC.

Gerard Butler plays Leonidas, the king of Ancient Sparta. The film based on a graphic novel by Frank Miller, depicts the battle of 300 greeks against the persians at the battle of Thermopylae of 480 BC.

'300' is probably one of the most faithful graphic novel adaptations I've seen. And this (region free) blu-ray looks awesome. Perfect picture and sound. As for zavvi's part, shipped in a sturdy box. Came in in pristine condition. Excellent movie, excellent price, excellent service.

The Premium Collection of steelbooks has some of my favorite artwork from some of my favorite films. The cover for 300 is absolutely beautiful, I just love the photo negative effect. Zavvi has awesome mega Monday sales and I got this for a great price.

Great looking steelbook and you also get the ultraviolet code too. The movie itself I thought was poor. Far too much CGI when it really wasnt needed. But if you did enjoy this movie I recommend getting it on steelbook.

Amazing quality and the steelbook itself is simplistic but affective. If you love great battle scenes and mind blowing visuals. Don't hesitate to get this film

300 - Steelbook Edition is a very excellent film. This is a nice steelbook, I am very happy with this, because in Czech Republic this steelbook is not available to buy. Thank you Zavvi.

Having owned 300 on dvd and watching it countless times i decided to go for the steelbook edition on blu ray. It was like watching a different movie as the clarity and colour on this disc must be seen to be believed, extras are aplenty as frank miller explains his take on the spartans led by leonides and the battle of thermopolye against the persians. The sound is astounding and the battle scenes, which are plentifull, do not dissapoint as the 2 hours viewing time seems almost too short but leaves you with a sense of reliving a piece of history. I can only say that if you are thinking of upgrading or getting this for the first time do not hesitate as this has to be seen to be believed, a thoroughly deserved 5 stars at a bargain price.

300 - Steelbook Edition is one of the best movies ever, and the steelbook cover is awesome! If you collect steelbooks, this is the must have one.

This Is A Steelbook!!

Another release in the recent Warner range with their white background, this time 300. The movie looks and sounds superb on blu ray! Snyder has a great style and it shows well on screen, perfect for blu ray. The Steelbook has a great image on the front of Gerard Butler and the Blood red 300 logo, really smart design, well worth adding to your steel collection!