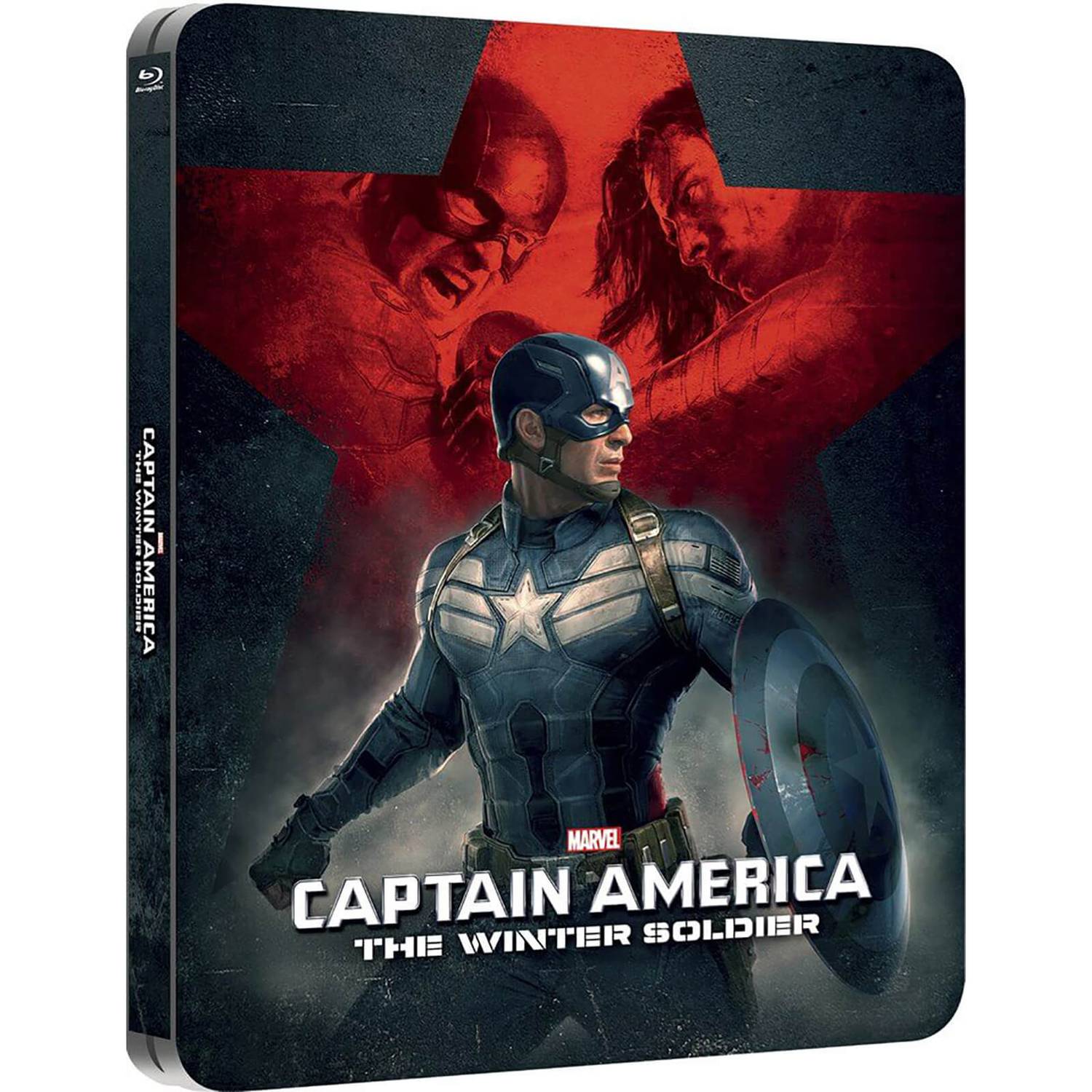 When S.H.I.E.L.D. is attacked, Captain America (Chris Evans) becomes embroiled in a web of intrigue that threatens the future of mankind. As the conspiracy deepens and trust is destroyed, Cap, Black Widow (Scarlett Johansson) and the Falcon (Anthony Mackie) must join forces to battle their insidious enemy's most mysterious and powerful weapon yet – the Winter Soldier.

When S.H.I.E.L.D. is attacked, Captain America (Chris Evans) becomes embroiled in a web of intrigue that threatens the future of mankind. As the conspiracy deepens and trust is destroyed, Cap, Black Widow (Scarlett Johansson) and the Falcon (Anthony Mackie) must join forces to battle their insidious enemy's most mysterious and powerful weapon yet – the Winter Soldier.

The ordering process was easy and seamless. The delivery of my products was fast and I was thrilled at the steelbooks. I will definitely be doing business with Zavvi in the future.

Good film explained a few things about the avengers franchise 3d was just ok the usual stuff that is coming out of Hollywood no real money being put into 3d their just conning us. resident evil showing how it's done so better off with 2d

1 of the best marvel films ever , heck one of the best action films ever, great steel book love the hologram that came with it , must needed for any collection

Fantastic release for a fantastic film

Considering what is one of the greatest releases from Marvel Studios- it is only fitting that it receives it receives an equally spectacular Steelbook. Zavvi truly outdid themselves with this incredible release, for a truly outstanding film. I can only hope that they continue their Marvel Series' releases with Netflix's Daredevil and in the future, Jessica Jones. As one of my first Steelbooks- this one truly makes me excited for more.

great deal and i love it very much

Firstly, I need not say anything about the actual movie, it's totally awesome in so many ways. The steelbook is simple yet beautiful, with the added magnetic lenticular cover, it's a must have for any fan.

The 2D disk is a great rendering, with the colours bright and vivid (I don't have 3D yet so can't try that). Seeing lots of detail I never noticed before. The steel box itself is done beautifully - love the concept art designs etched in, and the 3D on the front - and the set itself has lots of great added featurettes. Definitely very happy with this purchase.

Thanks Zavvi, a SWEEEEET steelbook with lenticular. I dont have the previous Zavvi steelbook of this, so this this was an instant purchase for me. And i feel lucky - i love the front artwork for this one, much prefer it to what i've seen of the previous one. This is how Cap. America should look, so a double thumbs up from me! The way the red combines with the dark blue........Ha, WOW! This lenticular lines up pretty good as well, against the image on the actual steelbook itself. 2 discs in this one - 3d and 2d blu ray. Title under the lenticular/ on the steelbook is embossed, with a de-bossed border. Looking nice Zavvi, looking nice!