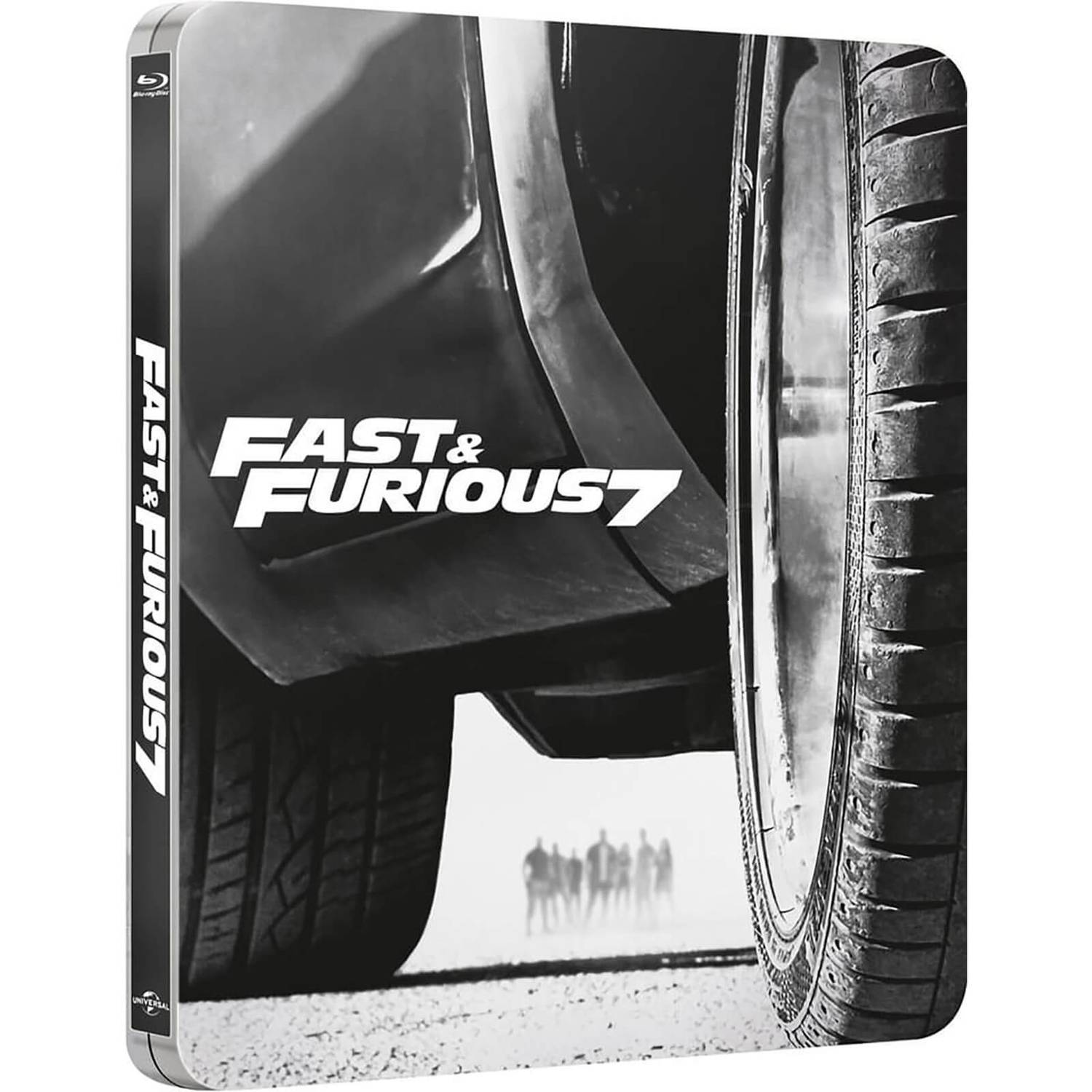 I'll start by saying what a fantastic movie this is a such a collaboration of very good actors. The artwork on this is absolutely gorgeous and as usual it was delivered fast and well packaged

First & foremost May Paul Walker R.I.P. Untimely Death. But the FF franchise has immortalised him in a way & a good one at that. Good Film Good action great cast Theatrical & Extended Edition in this really well designed steelbook to have a Super car in the forefront, & we are taken below the car And we can see the like a mirage figures that you can make your own conclusions who they may be was an excellent idea. Arrived in perfect condition looks great & is great.★★★★★

The steel book is classy and is the perfect choice for the last film in the franchise. Picked it up with my 20% mystery discount and that was made available by the genoursity of Zavvi. Also cones with a digital copy.

Culmination of the Series

The seventh F&F movie gives to you pretty much what you'd expect after having seen the last six, having progressed from a fairly interesting cop-infiltrating-underground-racing-scene with a focus on racing to a unnecessarily convoluted paramilitary action drama involving gatling guns and assaults on secret special forces fortresses, in which cars have a limited role, other than to be dropped out of planes via parachute for infiltration. With that said, Vin Diesel and The Rock (but especially The Rock) always manage to inject both humor and drama just when the movie is falling apart. The movie ends with a tribute to the late Paul Walker. The steelbook case is surprisingly elegant and minimalist, with a compelling closeup image of a car as pictured in the Zavvi description. The back image is a full portrait of a car, and the inside art shows the cast of the movie. This disc is region free and plays without any difficulty in my region-A locked North American PS3.

A great movie and fantastic send off for Paul Walker, well worth the wait, and the exclusive steelbook packaging is a great addition to my collection, I would highly recommend this movie to anyone that likes cars, comedy, and action movies, plus if you have a heart the send off in the end for Paul will make you cry.

An awesome steelbook of an awesome action movie. The best in the franchise I guess. So sad we'll never have another chance to see Paul Walker as Brian O'Conner.

To start off ill simply just say "amazing movie" my favorite to date, it has intense adrenaline pumping, high octane action well until the end i got a bit teared up,it has a lykan hyper sport in the movie, and if u guys don't know what that is there's just seven of them ever made in the world and they put one in furious 7, epic!!! but ill tell you guys no more i don't want to ruin it for you. BUY THIS MOVIE!!!! i recommend it for everyone even my kids loved it. i got the limited steel book and the case art was insane.....

More an international spy movie than a car film but still enjoyable and a befitting end to the franchise.

The latest in the Fast & Furious franchise is definitely a thrill ride of excitement. Highly recommended for those enjoy action-packed movies. It works well as a stand-alone movie and even better when you are familiar with the other 6 excellent films. The steelbook itself looks very nice and does the movie justice. As far as shipping and handling, I received it very quick and undamaged in the US. I have ordered many steelbooks from Zavvi across the pond and have yet to receive a damaged product.

When i perordered this item, i was so excited to recieve it as i have all the other films on steelbook and its such a good franchise to have.. however when it got delievered i was somehow dissapointed when finding out that the artwork wasnt the same as the other 6 style.. no number on the binder, no speed-o-meter on the back of the case and also the texture of the case wasnt the same.. however i am still very glad i have got it to add to my collection