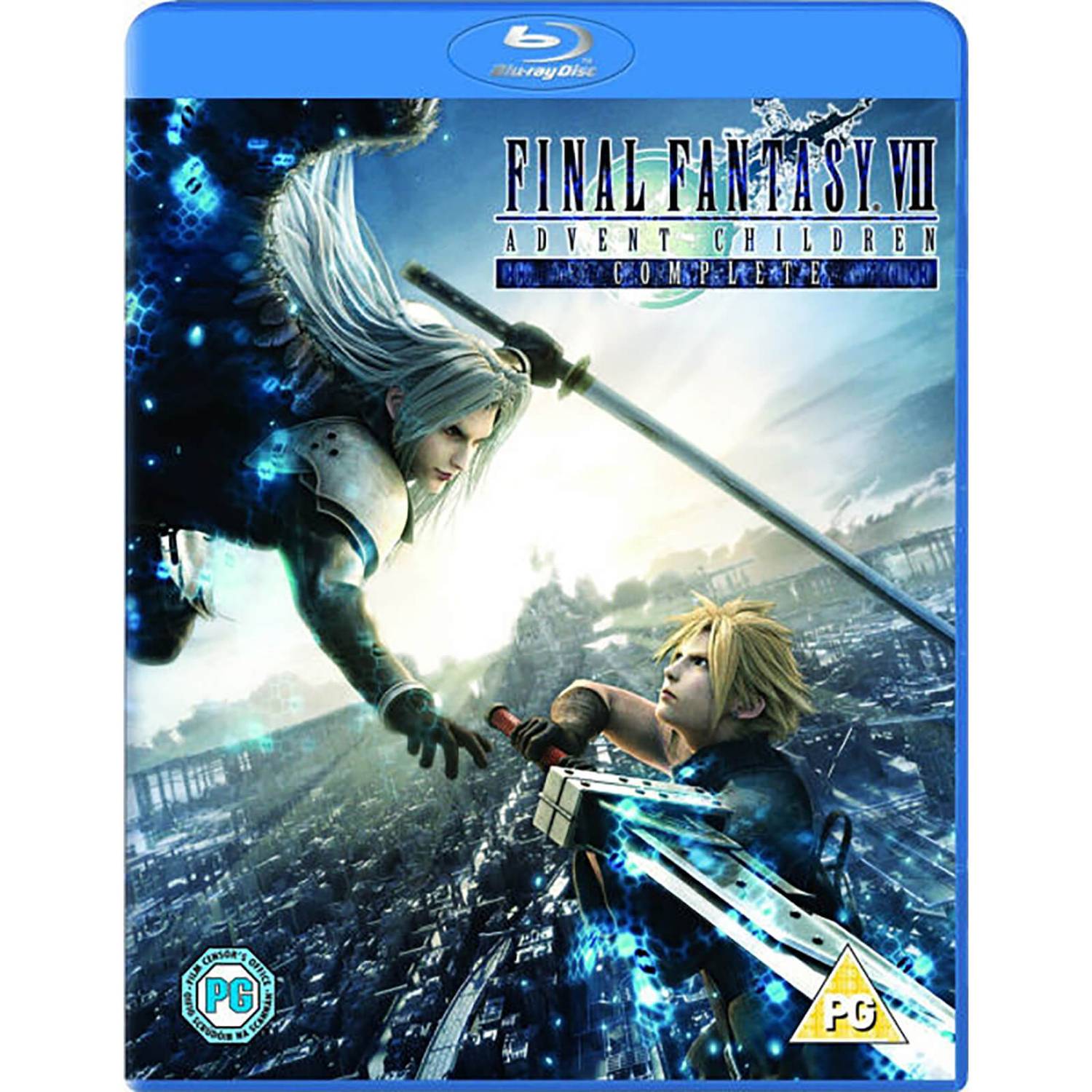 After Cloud saved the world from Sephiroth, the citizens of the planet begin suffering from a strange sickness called Geo-Stigma. Meanwhile, Cloud has secluded himself, and is being haunted by demons from his past...

After Cloud saved the world from Sephiroth, the citizens of the planet begin suffering from a strange sickness called Geo-Stigma. Meanwhile, Cloud has secluded himself, and is being haunted by demons from his past...

Many still think they should do a FF7 game sequal but this film did for me. Great story and was everything I wanted from a FF7 film. Love it.

I know a lot of people loved this film, and as a fan of Final Fantasy I thought I should give it a try. I thought it was like a huge cutscene from a game. The story seemed like your typical Anime stand-alone film, nothing new, nothing bad though. Worth watching.

this is the movie which you watch for special effects. even it is 2012 now, the special effects are stunning. well the storyline? not so much as it is not a drama, only a fantasy

Final Fantasy VII claimed by many to be the best Final Fantasy game ever. Whether you agree or disagree, or simply don't care, this extended version of the film does an amazing job of helping to expand the Final Fantasy VII universe. With it's stunning visuals, wonderful score and simply insane fight scenes it contains all the spirit of a Final Fantasy game, and comes in a highly entertaining movie format. Hopefully this will have got Square Enix and Sony working on a sequel, re-make or spin-off of Final Fantasy VII that looks even half as gorgeous as this film does.

Set two years after the events in the original 1997 Playstation game. It's up to Cloud, the Turks, Tifa and the rest to stop them! The bluray is essentially a director's cut, with an additional 26 minutes footage added including expanded fight scenes and reworked scenes. It never looked so good in the full 1080p HD either. I watched this on my PS3 wearing a pair of Turtle Beach surround sound headphones and the experience was amazing. Visually, the animation was so crisp and lifelike - right down to the textures on the fabric, even if the eyes still have that glassy look, and from an audio point of view, you could hear everything so clearly. This is what the first Final Fantasy film, 'Spirits Within' should've been like! If you're a fan of Final Fantasy or just love animation, then you could do worse than get your hands on FFVII Advent Children Complete on bluray.

This BluRay edition of Advent Children is close to perfect. Superb picture quality and sound, nice amount of extras, including a short film of Denzel and of course, the full extended movie as originally intended. The only downside is that Last Order OVA, an anime short, is not included. Other than that, it's a must have for Final Fantasy VII fans!

Final fantasy : Advent Children is the sequel of final fantasy 7's hero Cloud Strife. 2 years have passed since the Sephiroth's death, yet something mysterious surrounds our heroes, Geo-Stigma, a disease caused and spread oiginally due to the planet's pain that still exists even after president Shinra's and Sephiroth's death. Cloud is seen in this film( as in the original FF7 series) as the solo/lonely character that suffers in the shadows, a suffering caused by Geo-stigma and in the mean time 3 new unkown characters appear with the solo objective of retrieving "Mother". After the incredible battles that we can find in this movie, in the midst of the battle we can also see the reincarnation of Sephiroth that takes place in Midgar turning it into an epic battle between Cloud and Sephiroth. Are you eager to know how that battle ends? Then don't loose the oportunity of aquiring this awesome movie from Tetsuya Nomura, a movie that should be seen by all final fantasy fans! You can find this movie in blue-ray, DVD and UMD.

Final Fantasy: Advent Children is the continue of the history of Final Fantasy VII hero Cloud Strife, 2 years haves passed since Sephiroth death, but something mysterious devastates our heroes, a disease called Geo-Stigma, disease that is caused by the pain the planet is still suffering even after the death of President Shinra and Sephiroth's. Cloud appears in this film (and how he appeared in Final Fantasy VII) isolated from everything and everyone, he suffers the same disease (Geo-Stigma) in the shadows, meanwhile 3 new characters appear with the intuit of bring back the "mother". After spectacular battles that we can see in this fantastic movie, Sephiroth appear's reencarnated taking then place in Midgar a Epic Battle between the archrivals Cloud and Sephiroth. Do you Want to know how the battle ends? So don't loose the chance of get this fantastic movie of Tetsuya Nomura, a binding film for all the fans of Final Fantasy, and accurately Final Fantsy VII. This film is in Blu-Ray, DVD, and UMD.

Final Fantasy:Advent Children the story of hero of final fantasy 7 Cloud Strike continues... Sphiroth again try to destroy midgar and all Promisse Land a epic story than all the fans of the series of final fantasy must have.