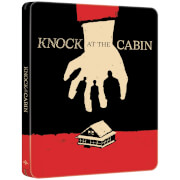 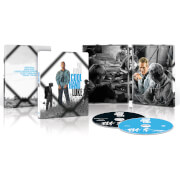 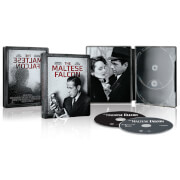 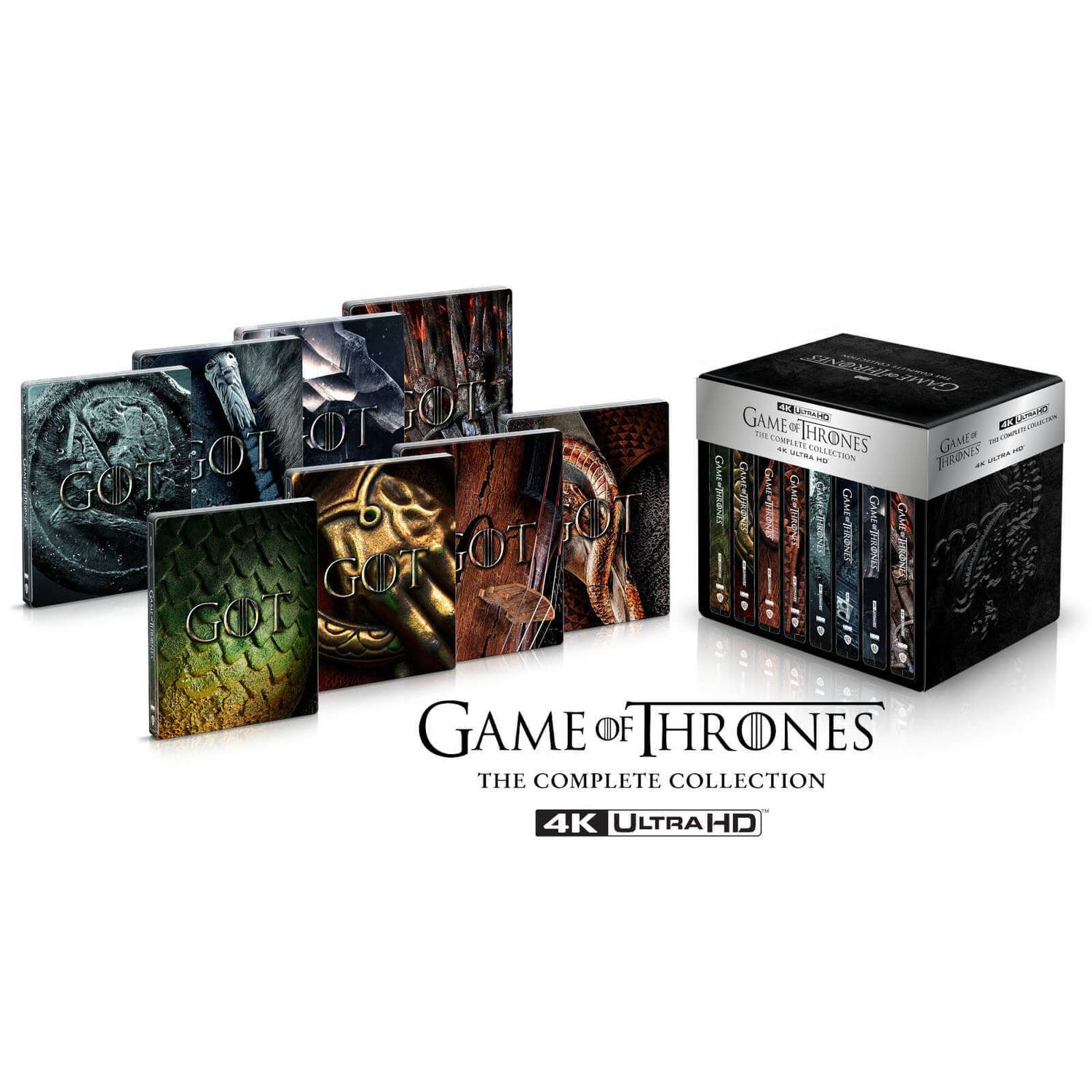 As I loved the series in general and upgraded to a 4K setup I just had to have this collection. The collection itself comes in a tin box which looks in line with the GOT theme and makes sure the steelbooks themself are well protected. The steelbooks themselfs are gorgeous and I love the art on them and the season theme cutout on the inside. The picture quality is of course great although maybe a bit too dark in the darker scenes. Maybe the HDR on my TV isn't the best but it was no big deal. I you love GoT and even thinking about upgrading to 4K in the future this collection is a no brainer.

Me and my wife love the series (our 3rd cat is named Arya). And we are also movie collectors so we are looking for Steelbook editions to put on our wall i the home cinema room. We were thinking on hunting for the BD Steelbook editions, but since we were planning on switching to 4K for some time now, therefore we chose to wait for a full set of the 4K edition. And the wait was wort it! The sound is phenomenal but form what I have read is the same Dolby Atmos soundtrack that’s on the Blu-Ray edition. But the picture... :) We just started season and it’s a long way to the “Long Night” but I can already see the huge difference! It’s like watching the series anew! If You have a TV that supports Dolby Vision HDR format, then it will be a most satisfying experience. This set is a great way to celebrate the 10th anniversary of series premiere (especially with a glass the Game of Thrones single malt whisky). If You’re a collector it’s very much worth it to pay extra for the Steelbooks.

Always liked the look of the trailer so thought I'd give it a go, Doesn't disappoint so far, and only one season in and looking forward to the rest, As others have said stunning visuals I thought this was expensive at first but when you consider the number of discs it doesn't seem to bad , The steel cases are beautifuly illustrated, all-in well worth buying, But due to packing restrictions don't expect it to arrive undamaged.

What a fabulous item. Boxes are great looking, and comes with its own book case! The price I paid for the amount of dvds was brilliant. The quality of the dvds is absolutely amazing. Ultra had and 4K . Definitely worth the money!!👍👍👍

Box came damaged. Got in touch with Zavvi and they gave me a little discount. So overall happy. I think more padding to keep the item secure would be a better approach. Amazing quality series!

Only con is price. I wish price was a bit cheape.

The series being fantastic goes without saying (if you've never seen or heard of it, where have you been??) and this steelbook set does it perfect justice. The outer casing is nice (nicer than the lord of the rings sets i picked up) and I dont usually keep the outer sleeves/cases on steelbooks as i have limited space and too many steelbooks but I may well keep this one. It protects them nicely and presents them very well. I also have the full set of normal hd with the magnets and if I'm honest, the artwork on those it a touch better but both are great sets and with this being in 4k it's probably the one to get.

The price may make you think twice, but for any fan of the series (and if you have somewhere to display it properly) this is a must. The whole series was beautifully shot and looks stunning in 4k, it's a breath of fresh air after the dark ages streaming quality of NowTV. Anyway, treat yourself. It's worth it.

Great set fantastic buy beautifully designed I think, would recommend to anyone. Was quite disappointed with the way it was delivered not zavvi fault.

Another premium 4K Steelbook issue sold out within minutes. Would someone like to tell me why Zavvi don’t order enough.