JUST ADDED: VINTAGE COLLECTION RAZOR CREST FROM THE MANDALORIAN BY HASLAB - SECURE YOURS! 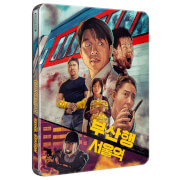 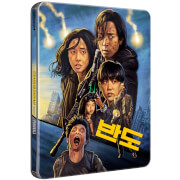 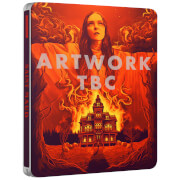 When the seaside community of Amity finds itself under attack by a dangerous great white shark, the town's chief of police (Roy Scheider), a young marine biologist (Richard Dreyfuss) and a grizzled shark hunter (Robert Shaw) embark on a desperate quest to destroy the beast before it strikes again.

Featuring an unforgettable score that evokes pure terror, Jaws remains one of the most influential and gripping adventures in motion picture history.

When the seaside community of Amity finds itself under attack by a dangerous great white shark, the town's chief of police (Roy Scheider), a young marine biologist (Richard Dreyfuss) and a grizzled shark hunter (Robert Shaw) embark on a desperate quest to destroy the beast before it strikes again.

Featuring an unforgettable score that evokes pure terror, Jaws remains one of the most influential and gripping adventures in motion picture history.

This is a great movie. Everybody was afraid to go to the water back in 75 after watching this movie. Now, Universal has released this movie in digibook format. I am personally thrilled since it consists of 40 pages. You can read all the information regarding the making of this movie and many other things. This movie also comes with an almost 2 hours documentary. So, if you are a fan of this movie and digibook, you won't regret picking this format.. so Informative, entertaining, thrilling..

The best Digibook ever made

The quality of this product is absolutely amazing! First off the blu-ray itself, the film is a masterpiece and the picture quality here is incredible. A transfer overseen by Spielberg himself the picture quality will genuinely stun you in how superb it looks, without a doubt the definitive version of jaws and with a lossless 7.1 DTS-HD Master Audio track to boot! The Digibook itself is lovingly made with 44 pages of in-depth content on the production of the film from storyboards and script pages to character profiles giving an insightful look into the backstory of each character. In conclusion a must-own for any film fan.

A Blockbuster, not only the film but also the making of is amazing, no computers, just a mechanical shark, excellent casting, acting and music. A young and innocent Steven Spielberg, but what a talent on his 27 !

Till the last BITE...

So this is it. Everything is in it - all the missing or dismembered documentaries from previous DVD editions are generously put together. You'll get a digibook with a lot of pictures and trivia and shark fans all over this planet can finally enjoy their beach holidays... Still waiting for a commentary from Mr. Spielberg !!

Jaws - Limited Edition Digibook is a must buy on Blu-ray if you do not have it yet.

The Jaws - Limited Edition Digibook has an excellent picture and sound throughout. I first saw this as a kid in 1976 and it has lost none of its bite! The extras are a re-run of extras from recent DVD release. The digibook is beautifully done with many interesting nuggets in there including features on director and stars, the mechanical shark and storyboards. This is a must for any 1970's movie fan or anyone who likes movies like the used to be.

The blu-ray is fantastic, it has been very well transferred to High Definition with of course HD AUDIO MASTER, though in my opinion the Sound effects to the rear channels could be so much more defined however don't let that put you off it is very well done and is a fantastic film for its age and could not ask for more. You won't be disappointed with this purchase and was a great price

This Jaws - Limited Edition Digibook is an awesome digibook that is really well presented. I had no problem removing the sticker and it left no marks/tears either. The book itself is full of insightful information from the film and is really worth the money. Can't recommend enough!

Without doubt the Jaws - Limited Edition Digibook is the best Blu-ray, large screen disc that I have purchased so far. The soundtrack has the part where the shark attacks their boat (after the Indianapolis speech) in your rear speaker, two side speakers and the centre. The picture quality is perfect. But it is the sound of silence which truly grips you. You are there. And the part where you jump out of your skin is more gruesome than ever. It's aging well and the story of the production is told in the pages inside the disc sleeve. This is top quality.