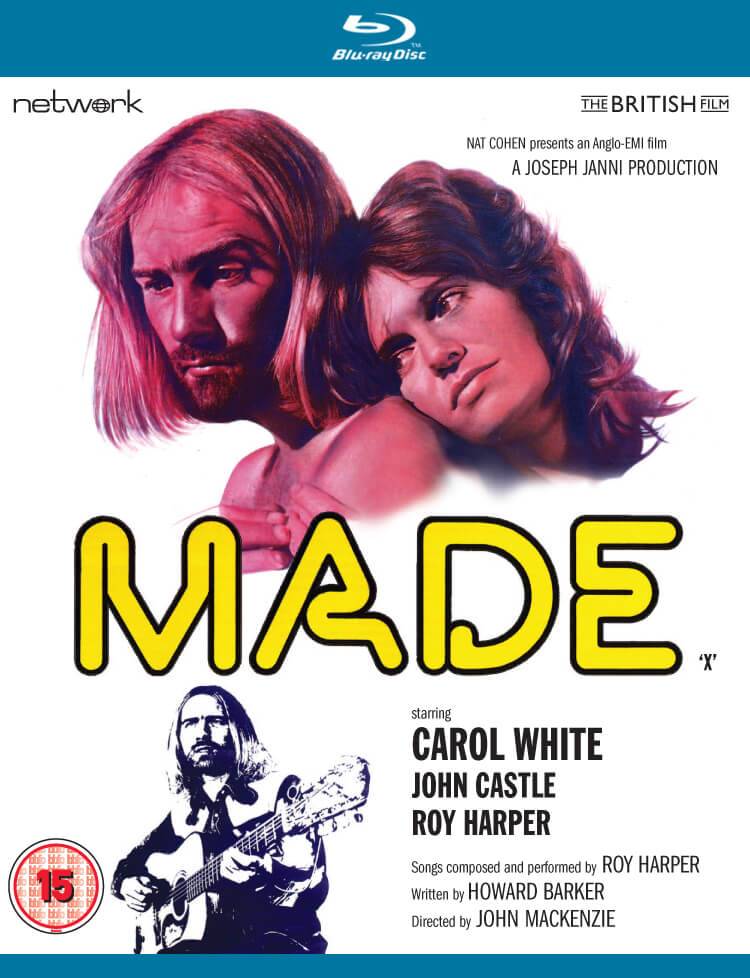 This compelling emotional drama stars Carol White as a young single mother who finds herself caught between two people a local priest and a folk singer each of whom wants to convert her to his own worldview. An elegy to a younger generation looking for something to believe in, Made co-stars hugely influential folk-rock musician Roy Harper in his screen debut. Produced by Joseph Janni who previously made the astonishingly successful Poor Cow with White directed by The Long Good Friday's John Mackenzie and featuring new songs specially composed by Harper, this much sought-after film is featured here in a brand-new High Definition restoration from the original film elements, in its as-exhibited theatrical aspect ratio. SPECIAL FEATURES: [] Original Theatrical Trailer [] Booklet by Professor Neil Sinyard [] Image Gallery [] Original Pressbook PDF
studio:
Network
Run Time:
104 mins approx.
Director:
John Mackenzie
Certificate:
15
Actor:
Carol White
Roy Harper
John Castle
Sam Dastor
Margery Mason
Subtitle Languages: