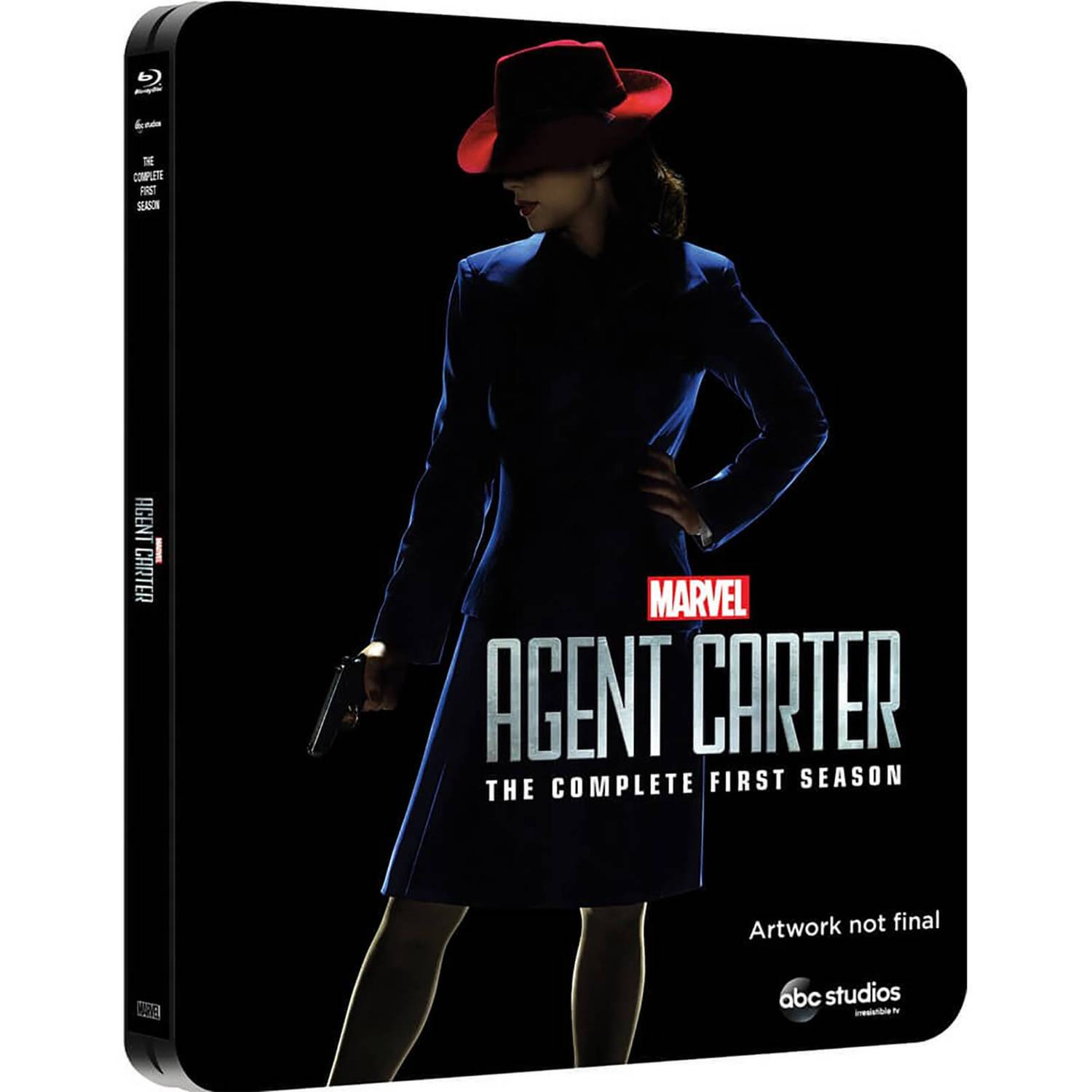 Years before Agent Coulson and his S.H.I.E.L.D. team swore to protect those who cannot protect themselves from threats they cannot conceive, there was Agent Peggy Carter (Hayley Atwell, Marvel's "Captain America: The First Avenger," Marvel's "Captain America: The Winter Soldier"), who pledged the same oath but lived in a different time when women weren't recognized as being as smart or as tough as their male counterparts. But no one should ever underestimate Peggy.

Years before Agent Coulson and his S.H.I.E.L.D. team swore to protect those who cannot protect themselves from threats they cannot conceive, there was Agent Peggy Carter (Hayley Atwell, Marvel's "Captain America: The First Avenger," Marvel's "Captain America: The Winter Soldier"), who pledged the same oath but lived in a different time when women weren't recognized as being as smart or as tough as their male counterparts. But no one should ever underestimate Peggy.

The series 1 steelbook edition of Agent Carter gets off to a flyer , picking up where Captain America - The first Avenger left off . The action and humour fit in well with the MCU and the obligatory Stan Lee cameo is present . The characters get a good fleshing out and the story thread is coherent throughout with lots of good set piece action sequences and ties to the movies. It captures the old school era with mens opinions of woman at the forefront , not so much an age of innocence . More like an age of keeping it buttoned down , the walls have ears you know !! The steelbook is the 3 disc Blu ray edition and the case is nicely painted and presented , with agent Peggy Carter vividly standing out from the dark background . In the grand scheme of the Marvel cinematic universe this give a nice bit of background but as most will now know the show was cancelled after season 2 ( which I have not seen yet) . but suffice to say Peggy appears in Antman among others and keeps the plotlines alive. The season one and two steelbooks are out of stock now but if you can't get hold of these nice collectors pieces they are still well worth a watch on ordinary formats.

I wish that there had been artwork on the back. All you get is the Marvel logo. The only bonus feature is a blooper reel, something that I've never cared for.

This is a great steelbook of Marvel's Agent Carter Season 1. Nice front and inside artwork (back could've been better). The show is also fantastic.

The steelbook cover image is beautifully moody, although a little darker than I anticipated. The back cover art is very simple featuring only the red and white Marvel logo atop the black background, but given the simple artistic nature of the front cover , the simple back cover works in conjunction with the front. The title on the spine is silver on black but is very small and therefore doesn't stand out on the shelf. The only real suggestions that I have are that it wpuld nice if the discs tied in with the rest of the steelbook, even if they were just black with Agent Carter in silver written on them, and maybe some embossing on Agent Carter herself on the front. All in all I am happy with my first Zavvi purchase and know that it will be the first of many :)

It is hard to find nice steelbooks and ecspecially for TV seasons. This is a beautiful copy of Marvel's Agent Carter season 1. It is know surprise that Zavvi is the place to get this item. I highly recommend this season.

The steelbook came in great condition with more detail than expected. If a second season is done, I will be looking forward to it. Well done zavvi.

Nice to have a strong final lead in a marvel project with a well written story line. I was hooked from the start and must for any marvel fan to own truly entertaining to watch

Excellent edition to add to my Marvel steelbook collection