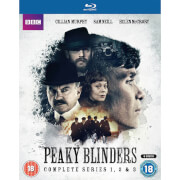 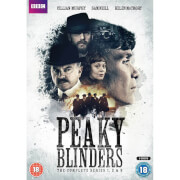 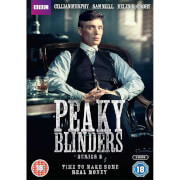 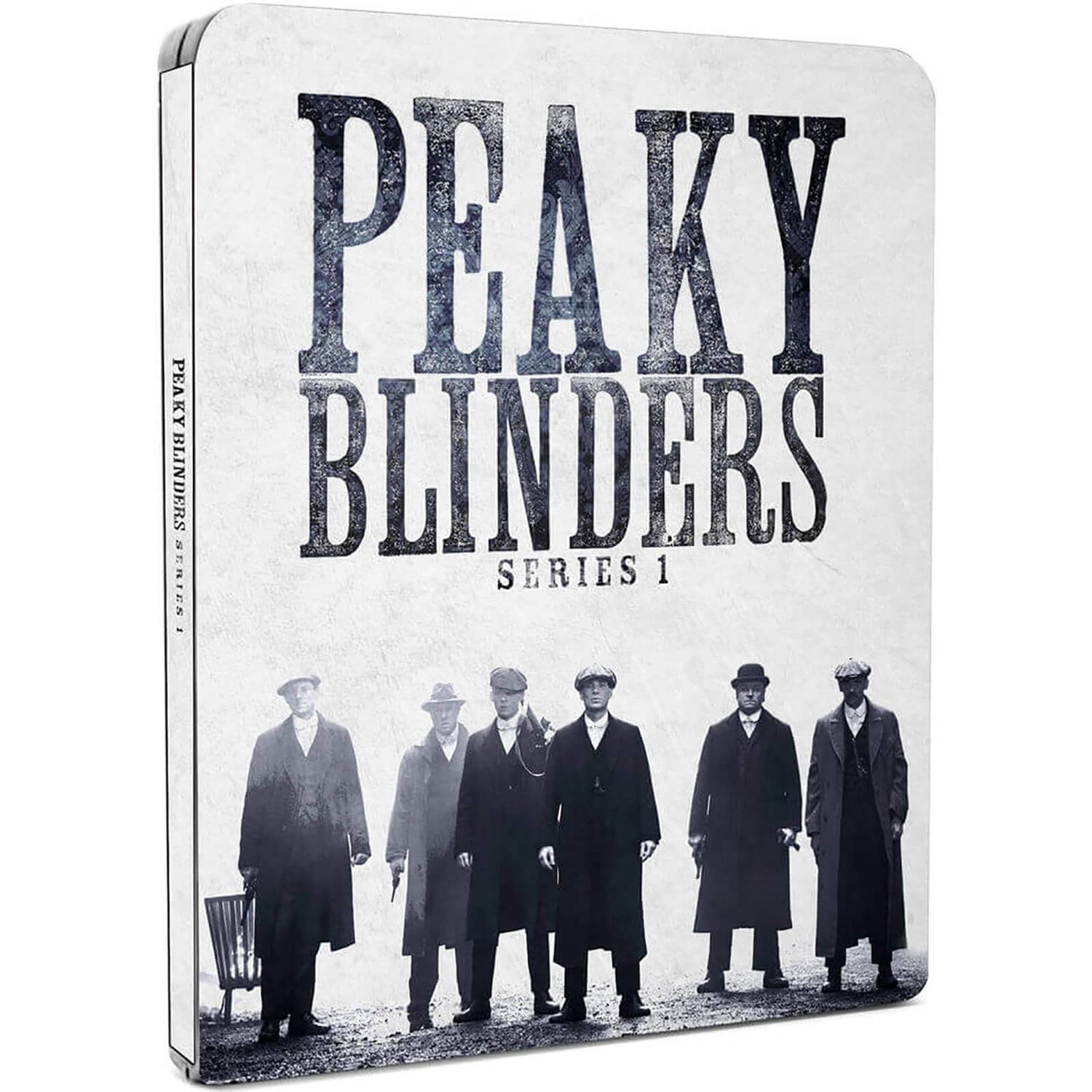 Peaky Blinders is an epic gangster drama set in the lawless streets of post-war Birmingham on the cusp of the 1920s. Thomas Shelby controls the Peaky Blinders, one of the city's most feared and successful criminal organisations, but his ambitions go beyond running the streets. Crime pays, business pays better.

Peaky Blinders is an epic gangster drama set in the lawless streets of post-war Birmingham on the cusp of the 1920s. Thomas Shelby controls the Peaky Blinders, one of the city's most feared and successful criminal organisations, but his ambitions go beyond running the streets. Crime pays, business pays better.

First series of a great bbc production. Good picture and looks nice in its steel box

This is a review of the steelbook and not the quality of the show. The steelbook itself looks very nice. The different grays, blacks, and whites contrast nicely together. Inside Artwork looks very nice and the discs have seperate trays as opposed to being stacked on top of each other. I would also like to note that despite the description of the product saying that it will only play on Region B, it will also play on Region A. I do not know about Region C. Overall, a very good buy.

For me this Steelbook fits the style of the series Peaky Blinders perfectly. The front cover is monochromatic and dark like the series and the big lettering of the series title shimmers a little silvery when you hold it up against the light. The same is true for the razor blade shape on the back. I especially love this back cover with the two main characters of season 1 in opposing display. It's a pity that you can't see the foto of the main cast which covers the inner section. In total, it's a great Steelbook which is worth the money and a perfect addition for every Peaky Blinders fan! To Zavvi: Please, please make all the following seasons in the compatible Steelbook format, too. I'm counting on it! :-)

A worthy steelbook, for an excellent Series.!

This steelbook feels heavier & really sturdy indeed. If you have not watched this series than do so highly recommended. Cillian M is an outstanding Actor been keeping an eye if you will on his film ology. Brilliant. These Gang's if you will existed, & it is by my view that the British film industry should bring to life to Generations that did not live these events . Let's be also truthful about the simplest fact that most Irish (not all) in those years of poverty(Italians)Greek) went to the New world as one could say & built America. Poverty also built Legendary Gangsters. But spend a few evening's watching this example of Great story telling, Acting, & an era that pulls you in & makes you participate in this a saga. & a Message to Zavvi we are waiting for part 2 &3 to manifest themselves into steelbooks. You started so now you have to finish it ;) Collectable series wise? Indeed! Steelbook wise? Indeed!. Some other ideas of some great series that should be steel booked. SPARTACUS BLOOD & SAND!.PENNY DREADFUL.

This is a great looking steelbook for a great show, Peaky Blinders is probably my favourite show on TV at the moment with some outstanding performances especially Cillian Murphy. I really hope we get steelbooks for the 2nd and 3rd series soon!

Stunning packaging for a stunning series

This monochromatic steelbook is beautiful and complements the series perfectly.

Product is great, super nice steelbook for an amazing show. Had a little confusion over the delivery/release date but customer service was great and am really happy with the product, thanks Zavvi 