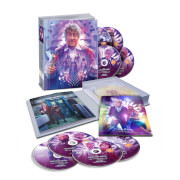 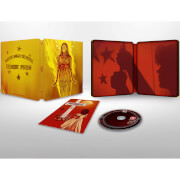 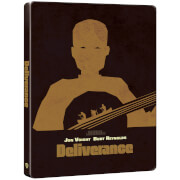 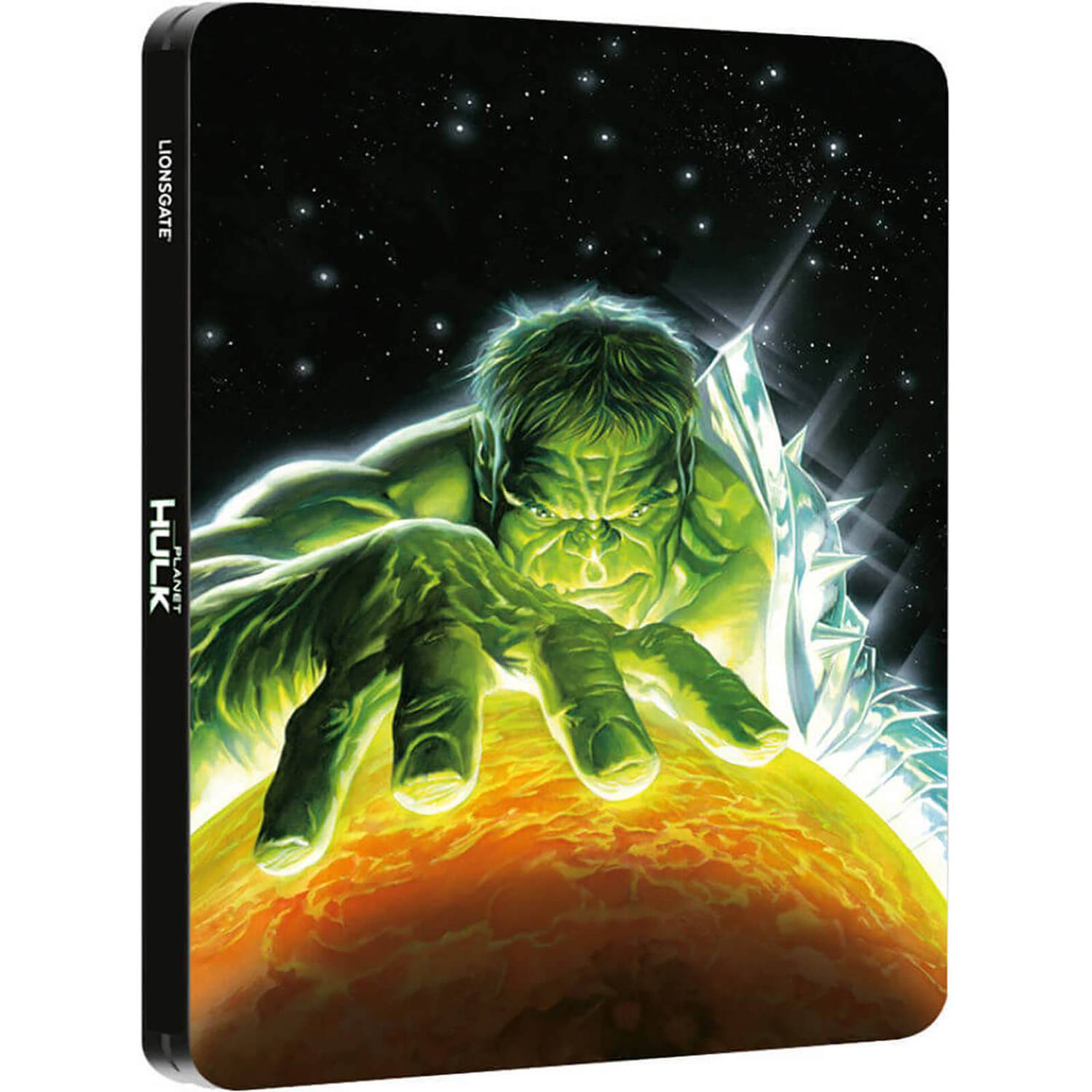 First time ever on Blu-ray in the UK. Limited to 2000 copies.

Animated adventure adapted from the Marvel comics. Betrayed by Earth's heroes and exiled into outer space, the man-monster Hulk (voiced by Rick D. Wasserman) has landed on the distant planet Sakaar, ruled by the tyrannical Red King (Mark Hildreth). After being sold into slavery, Hulk becomes the planet's mightiest gladiator, but his new masters get more than they bargained for.

First time ever on Blu-ray in the UK. Limited to 2000 copies.

Animated adventure adapted from the Marvel comics. Betrayed by Earth's heroes and exiled into outer space, the man-monster Hulk (voiced by Rick D. Wasserman) has landed on the distant planet Sakaar, ruled by the tyrannical Red King (Mark Hildreth). After being sold into slavery, Hulk becomes the planet's mightiest gladiator, but his new masters get more than they bargained for.

A whole feature film this Steelbook has within it's good fun, a really nice steelbook great artwork. The Reason why I do not get more detailed about the colours & such is because this is purely artwork you would find by great artists on a comic Graphic Novel, poster. Just absolutely great stuff. That make a piece of steel a poster, a comic strip cover. Basically more personalised.& collectable.

The animated movie itself is one of the best Hulk story in the Marvel universe, so I hope that on time there will be a full length film created. The packaging itself is amazing, the exclusive steelbook looks pretty good. It has got now a bargain price, so it is highly recommended to collect it together with the other ones.

The steel book cover itself has a nice design on it which is a real positive however the film itself is only alright.

The same as my previous review about how awesome the steelbooks are, but here I'm gonna talk about the movie, because this is in my opinion marvel's best animated movie yet! First off, I'm a huge hulk fan, so I really loved how much respect the makers did to try and convert a rather very in depth story into a 1 hour 20 minute movie. It has some of the best action scene in any marvel animated movie. The only thing that did bother me is only 1 character that is more of an annoying character, rather then a badass one( I'm talking about Eloe). It is also lovely to see so many short cameos of rather famous comic book characters, like star lord, gamora, and even the Grandmaster makes an appearance! The best one however is the appearance of Beta Ray BIll( in the original it's silver surfer, but they couldn't use him for copy right reasons). This was the first time I was introduced to BRB and that was really awesome. Overall, loved the movie, going to watch it again some time soon !

A very enjoyable watch! Planet Hulk is one of my favourite graphic novels so being able to see it brought to life was an opportunity I couldn't pass up! Although this version doesn't follow the graphic novel storyline exactly it still covers all the main points albeit with a different ending. The animation is superb and the voice acting is spot on. The disc comes with a good selection of extras including (but not limited to) audio commentary and a making of. But enough and the film and it's extras, what about that steelbook?! The case is fantastic, the detail in the graphics on the front and rear of the case make them appear almost 3D, it's a beauty! If you're a fan of Hulk or Marvel in general I'd highly recommend you purchase this!

Beautiful artwork and fun movie definitely worth the second dip for this Steelbook.