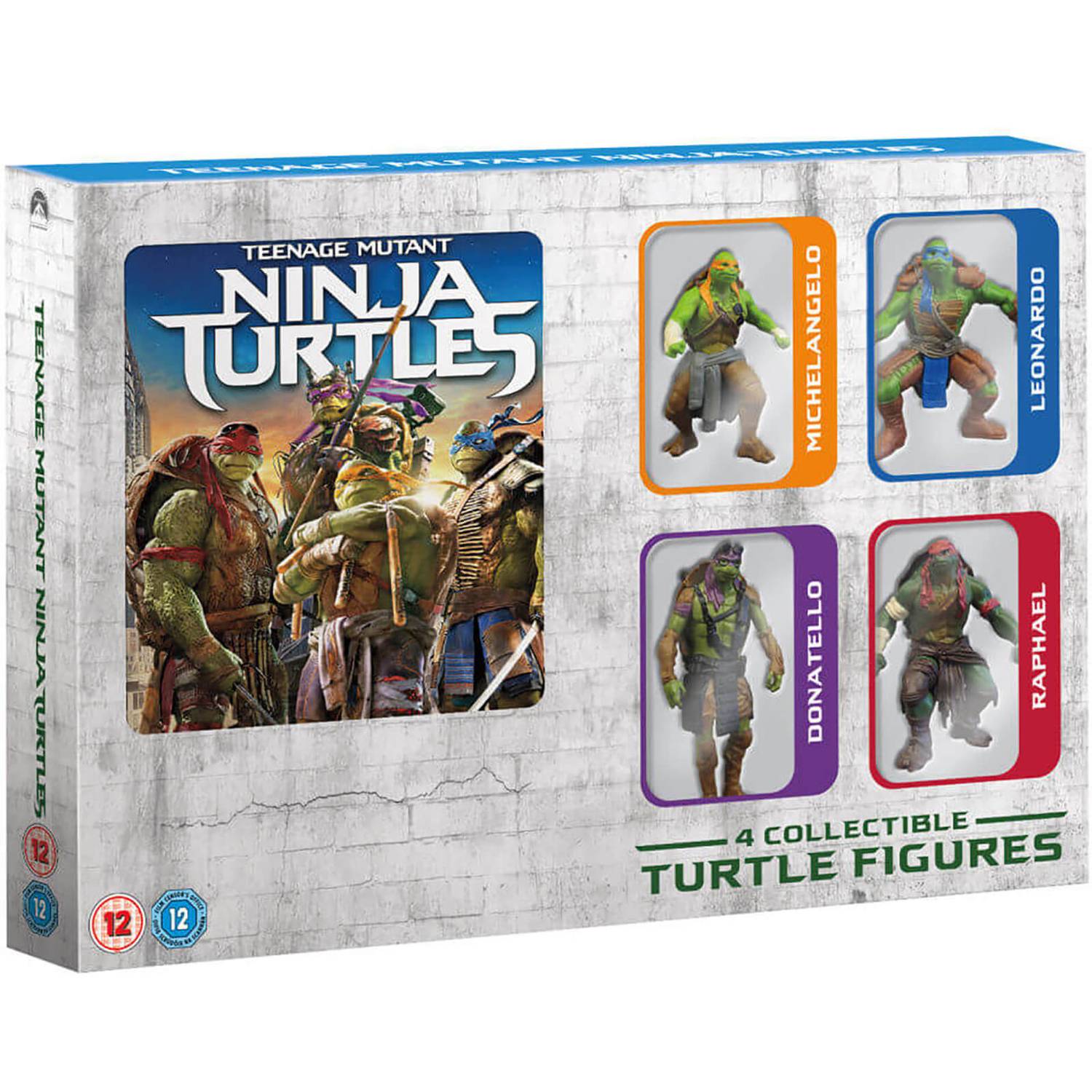 I am a Japanese . Commodity in great packaging has arrived to Japan . Figure of quality is also high , it is very high satisfaction goods . Currently , it is recommended that all means to buy if you can not be purchased for the stock came out cancellation minute , etc. .

I ended up having to send mine back at my own cost, because I wasn't happy with the product. But I've since bought the film on its own after it went down in price. I don't often pre-order blu-rays due to the cost of them, but I have always been a huge fan of TMNT since I was a kid. Unfortunately, this film can be a bit hit-or-miss for people. Those that really liked the earlier films may dislike this. I thought it was only okay, but I doubt I'd watch it many times. I disliked how they changed the looks of the turtles in this. It would have also been better if they had the original voice actors from the first three films. The one big thing I'm disappointed at, is the poor quality of the figures. I don't know whether it was a one-off, or they were all like mine. Parts of them were out of proportion. Their heads/arms and neck didn't look right. The one that looked the best, was Raphael. But the other 3 just weren't good enough for what was paid. They also had a bit of a dodgy paint job on them as well. They were nothing like what you see in the promotional image.

I was put off a bit by the reviews to be honest but i thought i would take a gamble. Zavvie have now started to ship these via Hermes in a massive cardboard box full of quality packaging so it has arrived in perfect condition. I feel for the peeps whose ones arrived badly. I was still under the impression it was a steelbook as per original listing but its not however, the set looks great. Actually very happy with it.

The blu ray, eh, not worth the money. Zavvi packing is atrocious! Shipped in a envelope, total ruined. Good luck trying to get your money back.

I wouldn't even waste your time, the figures are badly painted and there is no steelbook as mentioned in another comment.. If you want the turtle figures go to where zavvi got them!!!!! POUNDLAND

First off, this set is good, not great. The Blu Ray Steelbook is very nice. The figures on the other hand are poor. Not much detail, poor paint job and haven't even got weapons. The box is flimsy. Not helped by Zavvi sending them out in Jiffy Bags (thanks for my squashed set). If like me, you're a tmnt fan then this set is worth getting.

Awful product, very cheap, the bluray is fine, but the figures and packaging are awful. So is Zavvi's packing and shippingm items come damaged.

Really could film and the mini figures are pretty cool too! And considering there size they are very detailed!! Would definitely recommend to Turtles fans!!