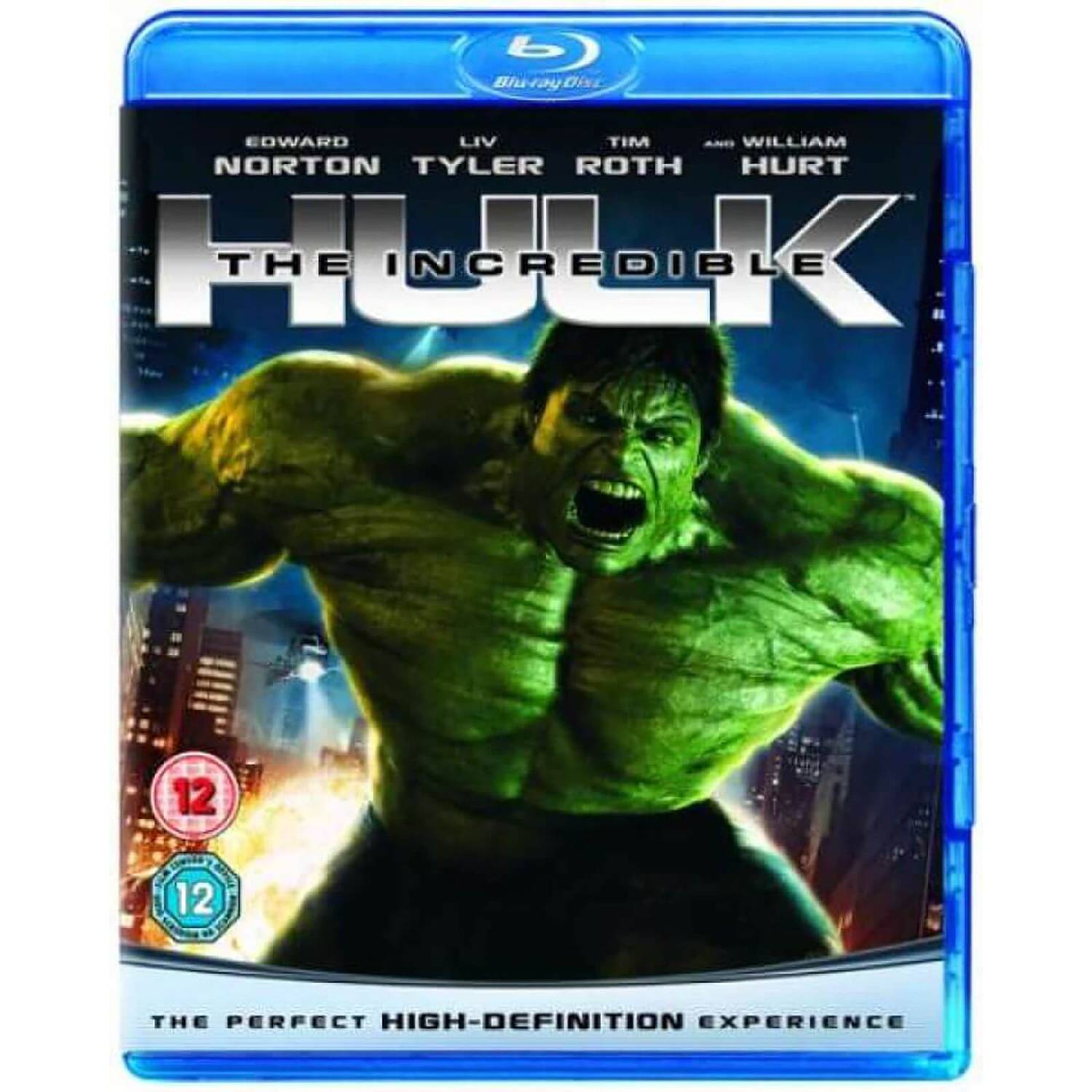 Edward Norton stars as scientist Bruce Banner, a man who has been living in shadows scouring the planet for an antidote to the unbridled force of rage within him: The Hulk. But when the military masterminds who dream of exploiting his powers force him back to civilization. He finds himself coming face to face with his most formidable foe: The Abomination - a nightmareish beast of pure aggression whose powers match The Hulk's own!

Edward Norton stars as scientist Bruce Banner, a man who has been living in shadows scouring the planet for an antidote to the unbridled force of rage within him: The Hulk. But when the military masterminds who dream of exploiting his powers force him back to civilization. He finds himself coming face to face with his most formidable foe: The Abomination - a nightmareish beast of pure aggression whose powers match The Hulk's own!

The hulk was one of the movies of phase 1 in Marvels Cinematic Universe, which i missed, now the story in my collection is complete, is it a good movie ? Mediocre I would say, but it’s entertaining and keeps you on the screen.

The Hulk was good, not great. Watching the deleted scenes made the story more clear. However there was no sizzle or excitement between the stars, not in the love relationship nor in the rival monster anger.

Good comic book/superhero film. The Hulk is probably the most dangerous of the avengers, the least 2 dimensional of these superheroes by far. Bruce is a great character and its actually interesting to watch his personal drama play out, although of course the real draw of the film is the hulk himself and the awesome fight scenes where we battles it out with his arch-nemesis. Much awesomeness awaits!

Great film, good action scenes. The hulk avatar is pretty fierce, wouldn't want to run into him on a dark night. Storyline is actually quite clever. Liv Tyler is great as usual.

This film is a BEAST

The incredible hulk, was, just like its name, one incredible film. A truly awesome hommage to the Marvel comic, Bruce Banner is played just as I imagined him, and the Hulk is another brilliantly executed alter ego.

After the disappointing Hulk film by Ang Lee that upset fans with its portrayal of the Hulk, this new version with Ed Norton as Bruce Banner is far, far better, almost darker in a 'Dark Knight' sort of way. Ed Norton is likeable as Banner and entirely convincing when changing, and when he does change, the new CG Hulk in this version is more 'real' and ripped compared to the slightly cartoonish Hulk in Ang Lee's film. Tim Roth is an entertaining villain and without spoiling too much, the final action sequence at night could have descended into a 'rock em, sock em' robots style fight, but it remains enthralling. Secondary characters like Liv Tyler's Betty push the story along, but she will only ever be the squeeze for the main character. In preparation for the Avengers film this year, this is a must buy for fans as it will link everything up, just like the other films in Marvel Studios catalogue, but for action movie goers, it is also a worth while purchase. Just a shame Norton isn't in the Avengers film!

When my son asked to watch this I have to admit to not particulary looking forward to it as the last Hulk movie was very poor. The comic book films that had been released before this had all been very good so I bit the bullet and purchased it. WOW, thankfully it had completely moved out of the shadow of the 2003 film, with excellent CGI, so much more realistic than its predecessor and blended with a stronger story line it made for a completely different film. The Lou Ferrigno cameo was a nice touch. I liked the avengers / iron man references that are slickly added in at the end to lock all the films in with each other. The blu-ray for me did work and i thought it looked good, infact the only down side was the casting of the scientist being Liv Tyler as she is far too cute and unconvincing. I would recomend anybody to watch it, its not the best comic book movie out, but its far from being the worst and very enjoyable