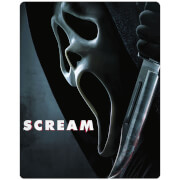 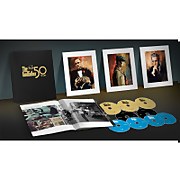 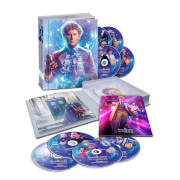 This is a good film, without doubt, and it's also good to see a British film embrace a bold script. You can get all you need to know about the plot from other reviewers, all I'll say is that it subverts the 'genre film' aesthetic in a way which I found entirely unexpected and therefore refreshing. The only problem though is that the budgetary restrictions are evident in the feel of the image - I was going to say "quality of the image" but I wouldn't want you to think there is anything wrong with it, that's not what I mean. What I do mean is that it feels a lot like watching a soap opera, just with much better acting, script, and screenplay... Like I say, it's in the feel of the image, but also the camera angles, the edits, the syntax of who is where within each shot and how they enter and/or leave our point of view... Don't let that put you off though - see it, and like me you'll be hoping this crew get to work with more money in future!

One of the scariest finales to a film I have ever seen. I am not a huge fan of horror films but this film intrigued me. Starting of as a hitman movie but slowly turning into something else entirely. Stick with this till the end and you will not be disappointed. A great steelbook as well the hammer on the back looks really cool.

The Kill List is serious. Not for a rookie. One of the most twisted twists at the end of a movie I have ever seen. Brutal, gritty, intense, sick, twisted. Highly recommended and highly cautioned to watch at the same time! Amazing!

I've been watching horror films solid since the 1970's, and over all these years, this film sits at the top of pile amongst an elite few movies for a number of different reasons. It's a fantastic original story, told well, and features not only amazing performances by a solid cast of British actors, but also has an amazing director behind the camera supplying us with just enough information to keep us guessing, all book-ended with some truly disturbing imagery & a real sense of "unrest" throughout the film. Wherever you look, this film divides audiences into 1 of 2 clear positions of 'love' or 'hate', but I definitely fall into the love category. This steelbook release is wonderfully presented, with a fantastic range of supplementary material to keep you busy delving deeper into the story. If you're a fan of independent British horror, and enjoy not being spoon-fed the traditional Hollywood diatribe of predictable nonsense, you owe yourself to grab this steelbook.

product was as advertised and was received in a reasonable time

Another brilliant film from Ben Wheatley, proof that there are still some good British film makers out there. Only let down by basic unimaginative art work on the steelbook.

One of the best horror films of recent years, a must buy

You're in this flick from the first shot because it starts immediately, no nice shots from the country or whatsoever. It becomes clear that things aren't what they seem and slowly the two friends are on a new mission. But if you watch closely then you will see that terror comes from closer friends that they could guess. The first part takes us into their assassin mission which is filmed rather brutal and not for the squeamish. The film does a terrific job of building a mood and layering suspense with discomfort. One of the best horror films of recent years

Nearly a year after a botched job, a hitman takes a new assignment with the promise of a big payoff for three killings. What starts off as an easy task soon unravels. One of the best horror films of recent years, it's a slow burn that racks up the intensity at its own measured pace. Kill List is the rare film that will haunt you long after it's over.