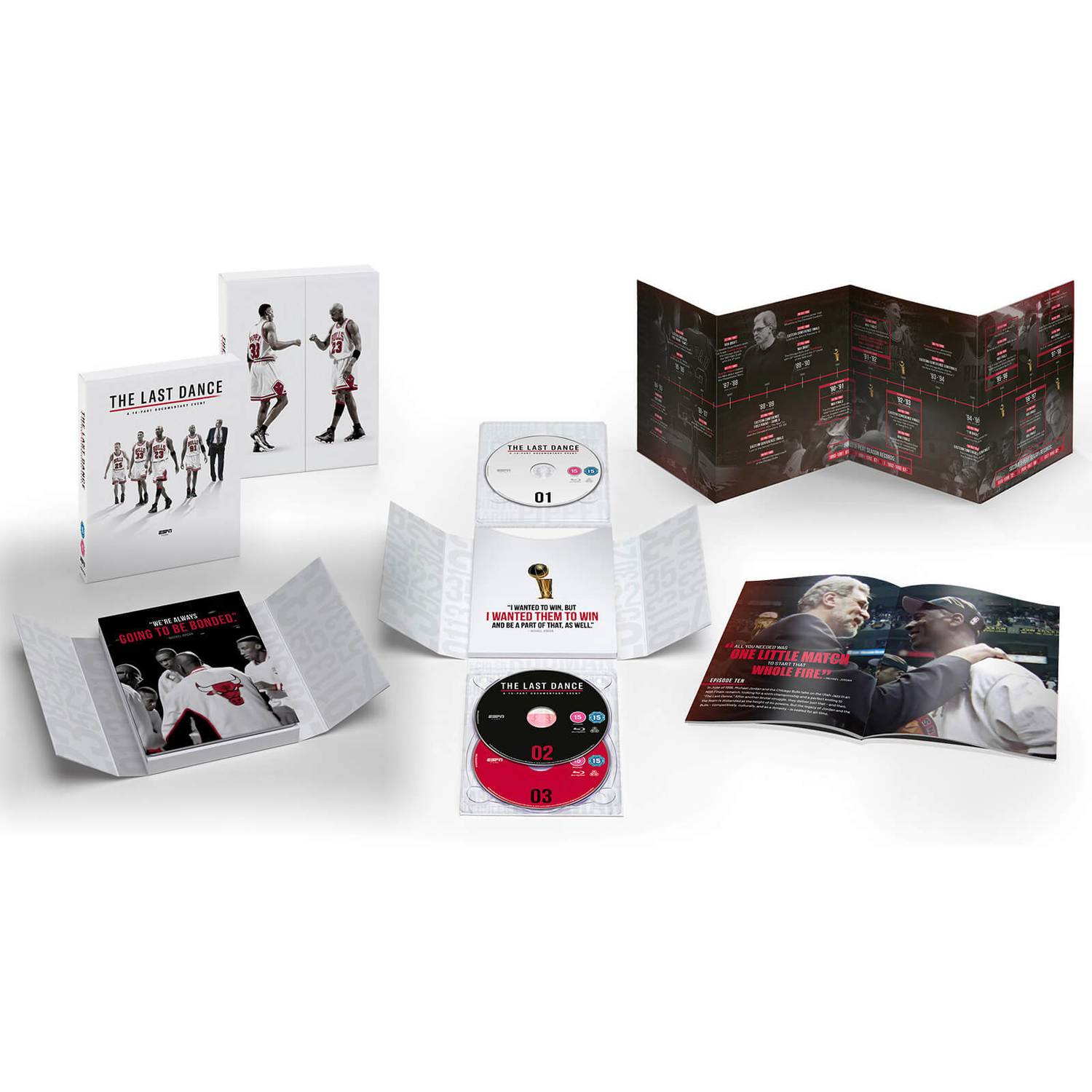 In the fall of 1997, Michael Jordan and the Chicago Bulls began their quest to win a sixth NBA title in eight years. With a film crew following them all season, "The Last Dance," as coach Phil Jackson called it, would be shadowed by tension and an overwhelming sense that their storied run was coming to an end.

In the fall of 1997, Michael Jordan and the Chicago Bulls began their quest to win a sixth NBA title in eight years. With a film crew following them all season, "The Last Dance," as coach Phil Jackson called it, would be shadowed by tension and an overwhelming sense that their storied run was coming to an end.

One of the best sport documentary

First of all : i do not play or like basketball , i actually like football BUT i watched this documentary because of who Michael Jordan is and because i knew about his performance and career at Chicago Bulls. I did not know every detail and every other player but i am glad i watched this documentary because i learned a lot from a great team,amazing player and amazing coach. I recommend everyone to watch this. Now let s talk about this package : it is amazing , it looks very nice , it has many bonus minutes of unseen interviews, i am glad it is Region Free, the quality of the bluray s is amazing, top! (even better than Netflix). This item is a must have for all basketball fans and for all sport fans and for all Michael Jordan fans! I give it 10+++ And thanks ZAVVI for this special boxset and i also buy this at a discount price so it was worth it!

I first saw this on Netflix when it came out. But when I started to see this on Blu-Ray something was different and I could’t understand what?? Then it hit me, the picture and sound was so freaking clear compared to the Nerflix’s version. Diden’t thought I would see that bit of a difference! 👀 But it you don’t care about the picture/sound quality it’s still one of the absolut best sports-documentary I have seen! 🙏❤️

The documentary is 1 of the best I’ve watched, the boxset is a must have for any basketball fan! I would give 6 stars if I could!

One of the greatest sports stories ever

One of the best sports documentaries ever wrapped into a nice white box. Delivered in excellent condition. Even if you don’t follow basketball this is well worth the watch.

One of the best docuseries out there deserve a proper Bluray edition. This item is made with taste and very classy - they don't make them likt this very often. It's amazing and beautiful and don't think twice - you want this on your shelf.

A must have box set for the event documentary of 2020

The Last Dance was one of THE must see series of 2020, thanks to the lack of live sport. Now, over a year on from this landmark series, Zavvi have managed to bring together this exclusive box set of the series and it's a must have if you're a fan of the 90's era Chicago Bulls. You get all ten episodes of the series which lift the lid on the culture of dominance of that as personified by Michael Jordan - the ultimate competitor, alongside main players such as Scottie Pippen, Dennis Rodman, Steve Kerr and Head Coach Phil Jackson. Alongside this, you get the obligatory extras such as bonus interviews, additional archive material, round table discussions and a movie version of Game 6 of the 1998 NBA Finals where the Bulls faced the Utah Jazz. Accompanying the 3 discs, there's a mini timeline poster and a Gallery Booklet. If you're a fan of the Bulls or the history of the NBA, you need to get your hands on this box set. It is a true must have set.