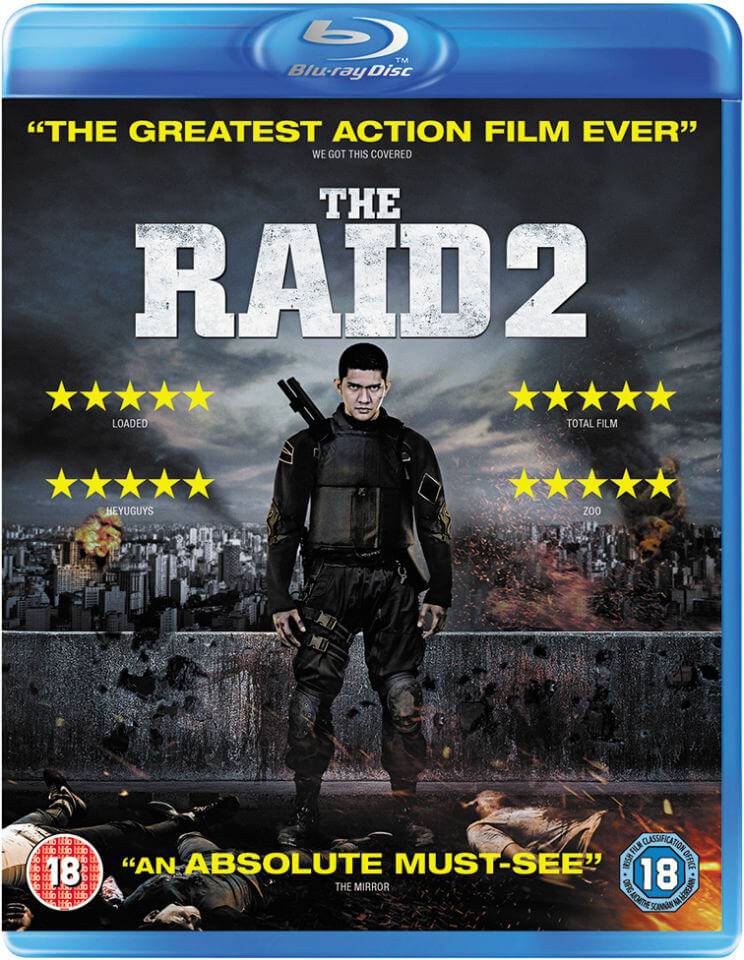 After fighting his way out of a building filled with gangsters and madmen, rookie Jakarta cop Rama thought he could resume a normal life. He couldn't have been more wrong. His triumph attracted the attention of the criminal underworld, and with his family at risk, Rama has only one choice - to join the gang undercover and begin a new odyssey of violence.

After fighting his way out of a building filled with gangsters and madmen, rookie Jakarta cop Rama thought he could resume a normal life. He couldn't have been more wrong. His triumph attracted the attention of the criminal underworld, and with his family at risk, Rama has only one choice - to join the gang undercover and begin a new odyssey of violence.

The Raid 2 ups the ante with director Gareth Evans making the transition from low budget actioner with The Raid to full blown crime/drama/martial arts epic with The Raid 2. Unlike the original which was more of a video game "progress-through-the-levels" story, The Raid 2 introduces rival tensions, consequences for characters and drama worthy of well-crafted thrillers. What remains the same is the action - intensely realistic, artful, fast and exceptionally well-choreographed. The best hand-to-hand combat committed to film in my opinion. As for the disc, the picture quality is excellent. Razor sharp with great detail and plenty of atmosphere, the disc is a pleasure to watch and is only limited by a handful of less than excellent looking shots (where Go Pro cameras were used in car-chase action sequences etc). The audio is just as solid. The score is well prioritised, dialogue is clear and the sound effects have great dimensionality, not to mention some solid low end. A decent amount of special features round out the package. Definitely one to buy! If you like your action films with a bit more story and character development in the same way that The Dark Knight was a more mature approach to the superhero film genre then this one is definitely for you!

Awesome action flick, if you like your martial arts films you will love this. The kitchen fight scene is a must see, top stuff.

action at its best

Amazing action. A great follow up from the first. A must see for any action movie lover.

In 2011, Welsh director Gareth Evans unleashed The Raid on to the world, a beautifully choreographed, brutally thrilling and breathlessly tense 90 minutes as a SWAT team fight for survival through the stronghold of a drug kingpin in Jakarta when the tables are ruthlessly turned on them. Not only was it the action film of that year, but one of the greatest action films ever made, staking out its place alongside world cinema classics such as Hard Boiled. The Raid II dials everything up to eleven, everything is bigger and more grandiose, the scope of the film is huge, in this respect it's very much The Godfather 2 of its genre. The fight scenes and the choreography are some of the most wildly inventive and visually incredible sequences ever committed to film. Following on immediately from the events of the first movie, Rama is forced to go deep undercover in a crime syndicate in order to protect himself, his family and take down the organization from within. To do this he must befriend Uco, the son of the powerful Bangun family who hold a fragile peace with the Goto clan. However Uco's ruthless ambition and desire for power, along with the mysterious Bejo circling both families like a shark, will ignite a war that will push Rama to the very limits of survival ! Without doubt of the best films of 2014 and one of the greatest sequels all time !